ASUS is always late in presenting the Zenfone series. After the Zenfone 8 arrived which was quite surprising because it finally chose the “path” of a tiny smartphone, now comes the ASUS Zenfone 9 as a sequel which, you could say, brings improvements in almost all aspects.

Both the internal specifications, to the design. It can even carry the “title” of the smartphone with the fastest Snapdragon chipset which is the cheapest at the moment, thanks to the memory options that we think are smart enough to offer consumers. So is it the best option, at least for the end of 2022?

The specifications on paper are indeed promising. And in our experience, after two weeks of use, the ASUS Zenfone 9 can provide the experience of owning a flagship in very compact dimensions, without many compromises, even though the price is cheap. Here’s the full review.

Far from the Zenfone 8 that looks normal, ASUS seems to have come up with the Zenfone 9 design from the results of an intensive meeting that took place in a few weeks. Appear much fresher, not boring, at the same time with many color options. That said, the black unit we reviewed has its own charm.

Despite the standard color, the design of the ASUS Zenfone 9 looks quite attractive thanks to the presence of two large camera circles, additional text accents around it, plus a sandblasted body surface that reminds us of the era of the first OnePlus smartphones. Feels comfortable in the hand, not slippery, but also difficult to clean when there is dirt/hand marks.

It is smaller in dimensions than the Xiaomi 12, only slightly thicker at 9.1mm. The weight of 169 grams makes the ASUS Zenfone 9 feel very light, but still quite rigid thanks to the use of an aluminum frame. If you’re worried about the protrusion of the rear camera, you can use the default hard case which also makes the smartphone look cool and thin even when in use.

Holding the ASUS Zenfone 9 feels very refreshing, and makes us want to appreciate ASUS for being able to present a full-featured smartphone in a very compact dimension. It even still has room to carry an audio jack, a hardware feature that has started to disappear even in mid-range class smartphones.

One of the reasons consumers are looking for the latest ASUS smartphone is because of its compact dimensions. The dimensions of the ASUS Zenfone 9 screen itself are still made the same as its predecessor, measuring 5.9 inches, which means it is still smaller than two other tiny Android flagship competitors such as the Galaxy S22 & Xiaomi 12. The bottom bezel is still slightly thicker, but the other three sides include the size of the camera the punch-hole is very small.

Carrying a 120Hz Super AMOLED panel, the visuals that are displayed really spoil the eye. High contrast, accurate colors, and smooth movement are hard to match the flagship standards released in 2022. Users can also choose the refresh rate level as desired, from auto/60/90/120Hz. There are four color presets to choose from, as well as custom options according to taste.

In our opinion, the screen size of the ASUS Zenfone 9 is still very sufficient for daily use, including watching videos from your favorite streaming platform. Typing with two fingers is comfortable, using one hand is comfortable. You can easily reach the top corner of the screen, without activating one-handed mode even though it is also provided.

The ASUS Zenfone 9 glass panel has a slight 2.5D indentation, already covered by Gorilla Glass Victus, but unfortunately without a screen protector attached from the manufacturer. Even though it is more scratch resistant, the indentation is prone to scratches from surface friction of various types of material from pockets, bags, to the surface of the table when placed face down.

Also like other flagship smartphones, the ASUS Zenfone 9 also features the camera specifications it carries. The tiny punch-hole camera in front has a 12MP resolution, supports dual pixel PDAF. While on the rear body, there are two camera sensors that are made equally prominent, complete with additional accents on the rear body.

Of course, the main sensor is made more prominent, because the ASUS Zenfone 9 camera has a 50MP IMX766 f/1.9 sensor with gimbal OIS. Meanwhile, next to it, there is the same 12MP IMX363 f/2.2 ultrawide sensor as the main Pixel 5a sensor, with autofocus support which allows it to take macro photos.

So even though there is no macro sensor, you can still take photos of small/close objects. The 2x digital zoom capability of the ASUS Zenfone 9 main sensor is quite okay. Overall, the photo quality is very good, with optimal dynamic range, but sometimes there is an over-sharpening effect when the lighting is quite challenging or for objects such as leaves, trees and others with busy surfaces.

The night photos are satisfactory, not only from the main sensor, but also from the ASUS Zenfone 9 ultrawide sensor. Night mode can be activated automatically, with a capture duration that is still relatively standard, you don’t have to wait too long for the photos to be taken. You can access some of the captures from the ASUS Zenfone 9 camera in the following album. 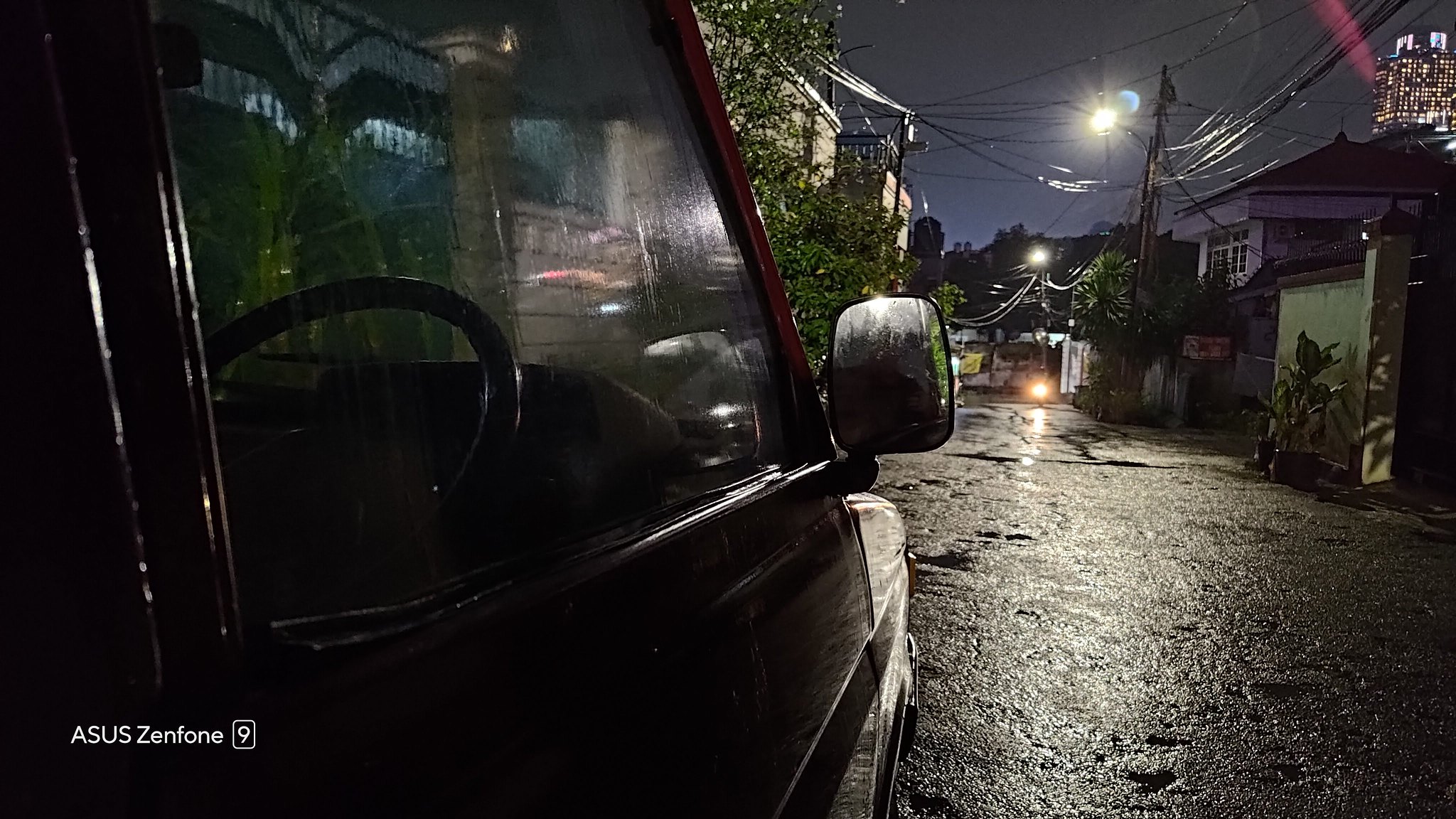 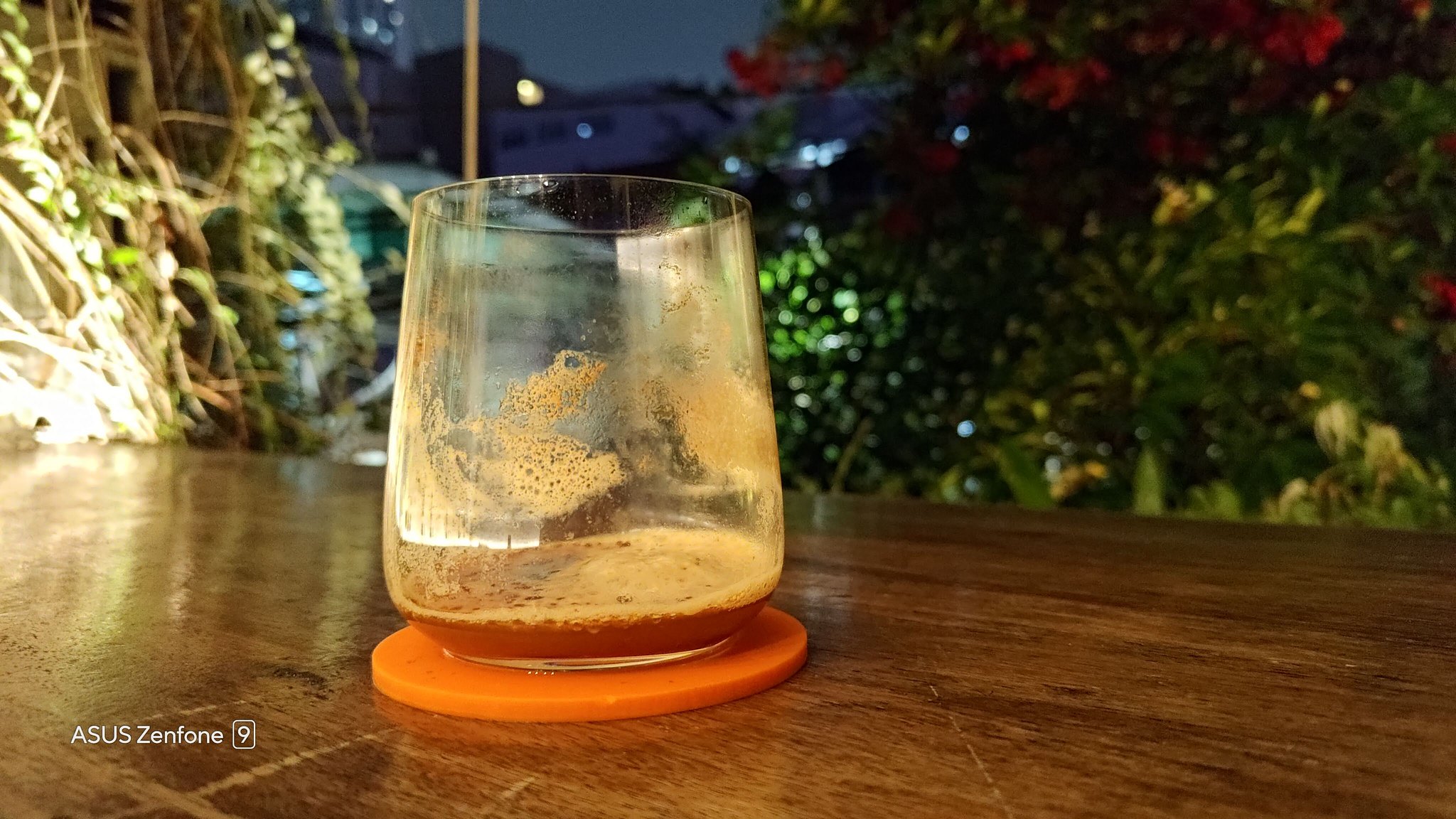 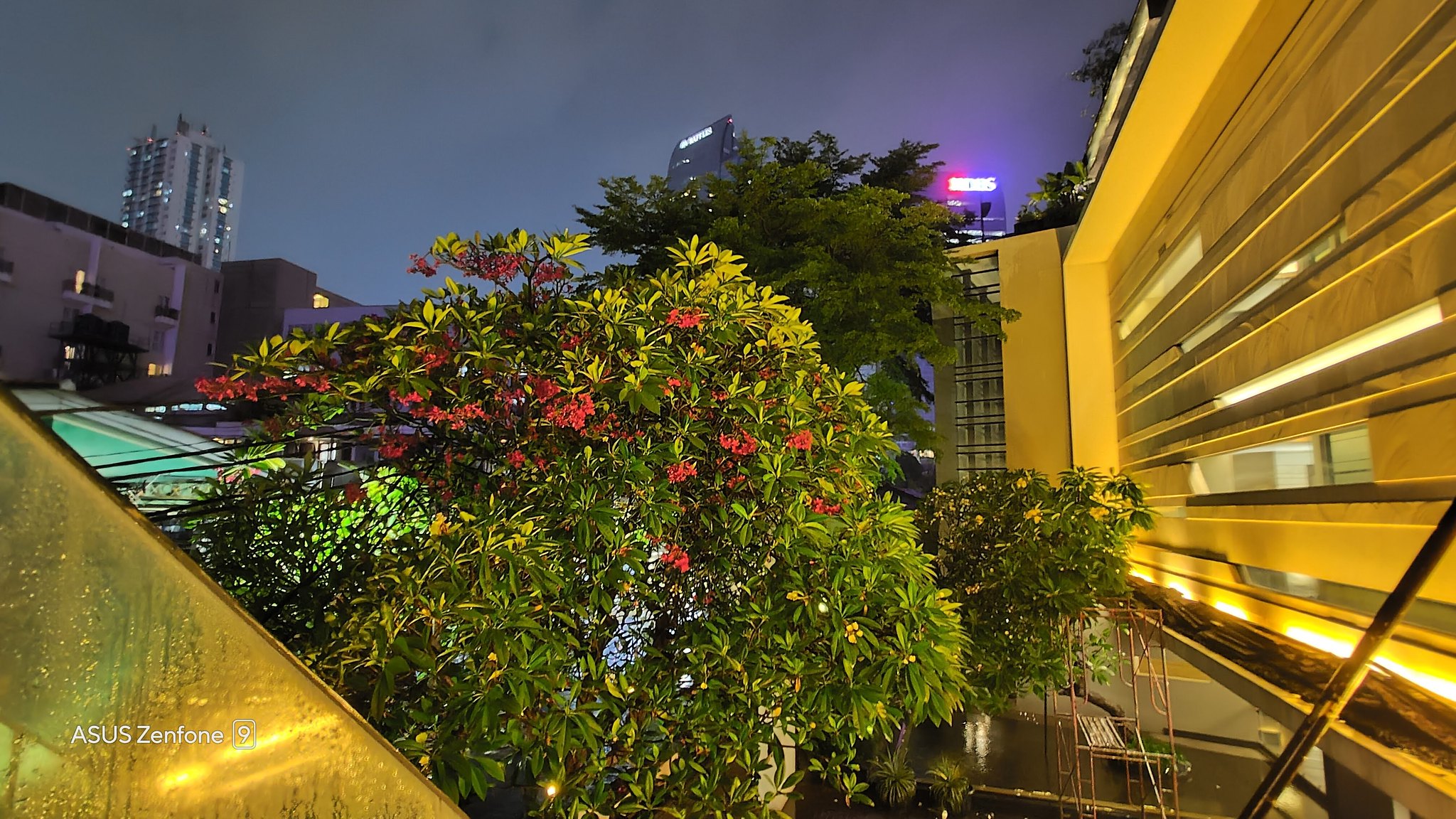 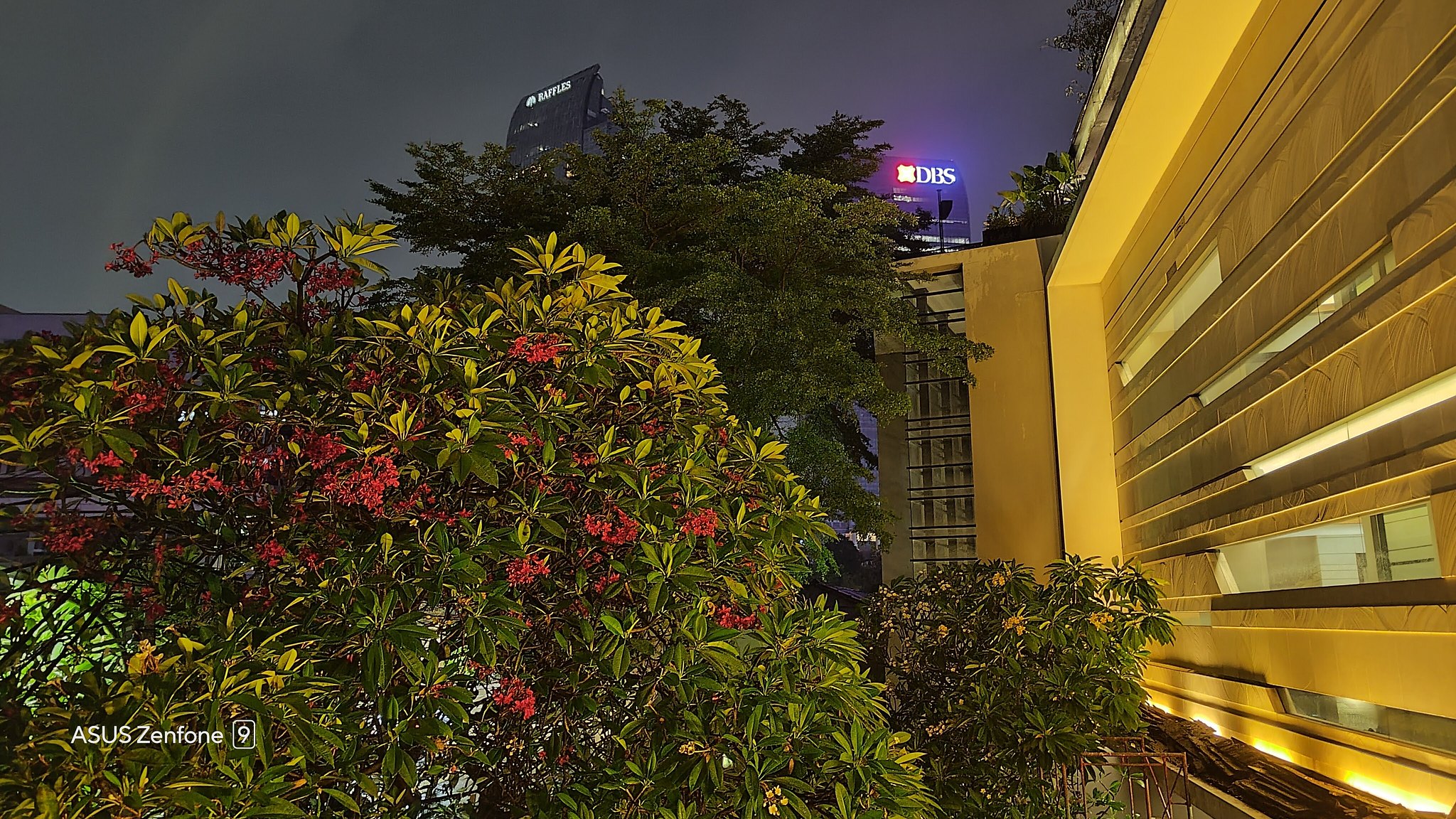 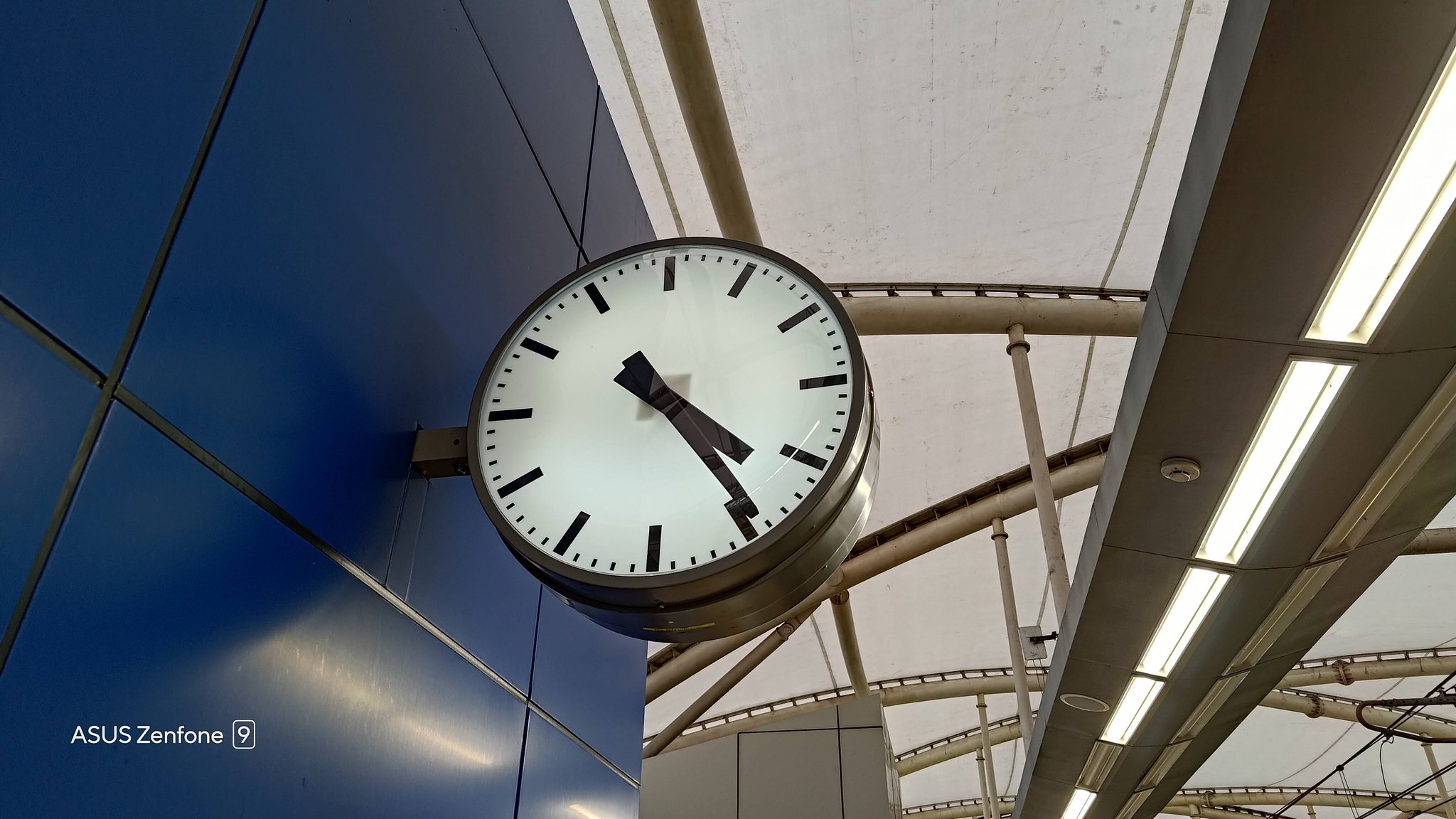 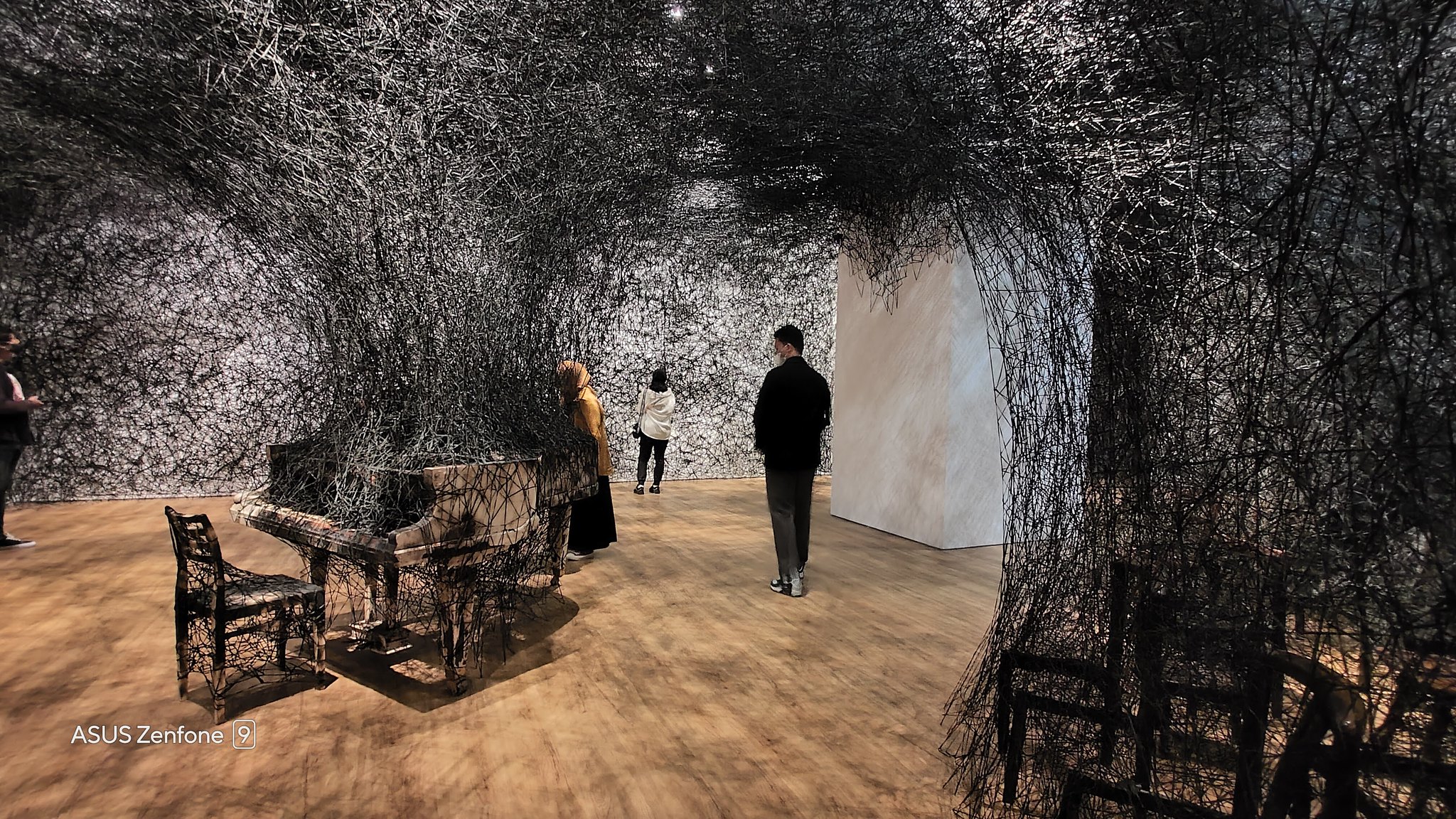 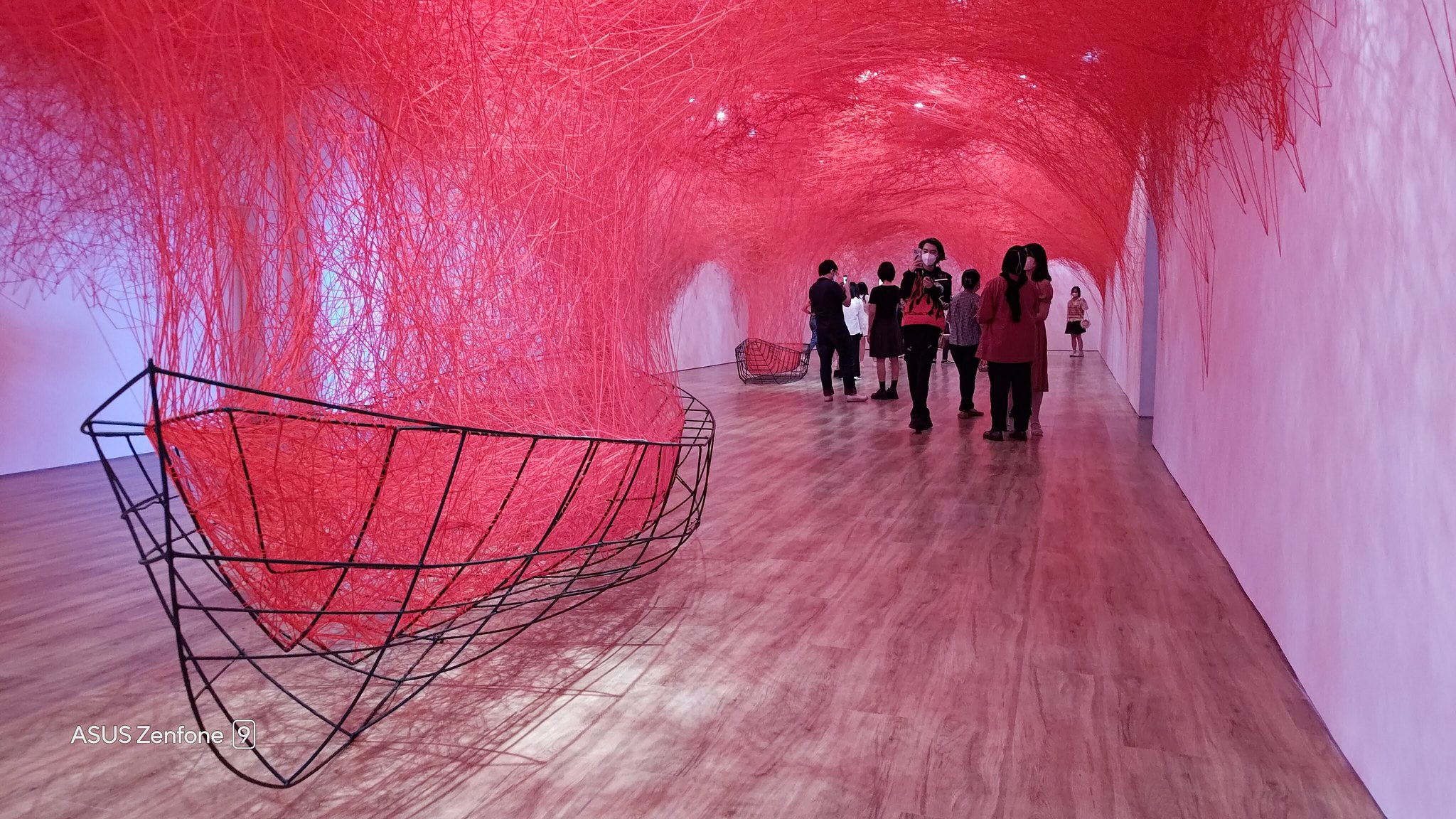 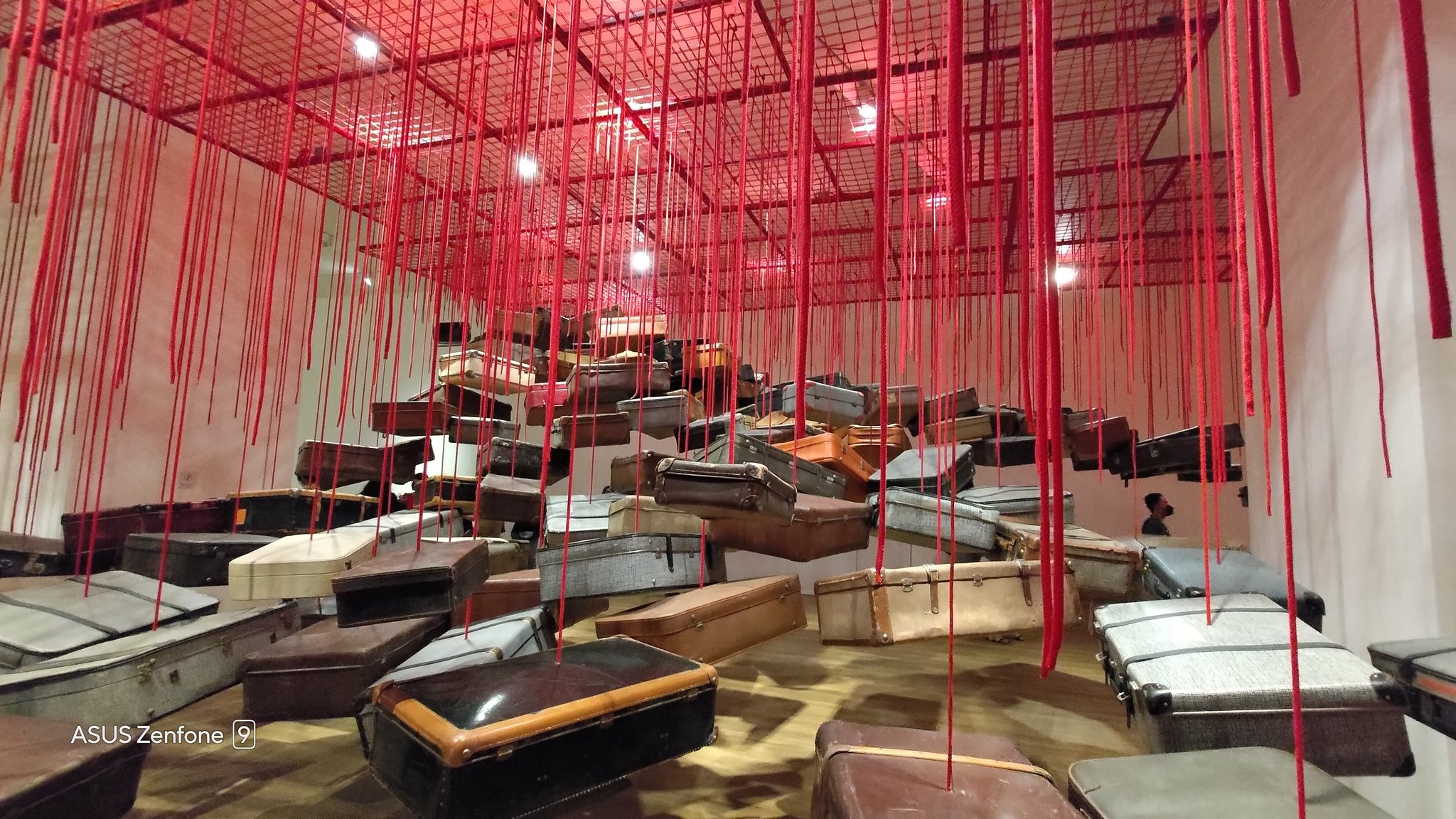 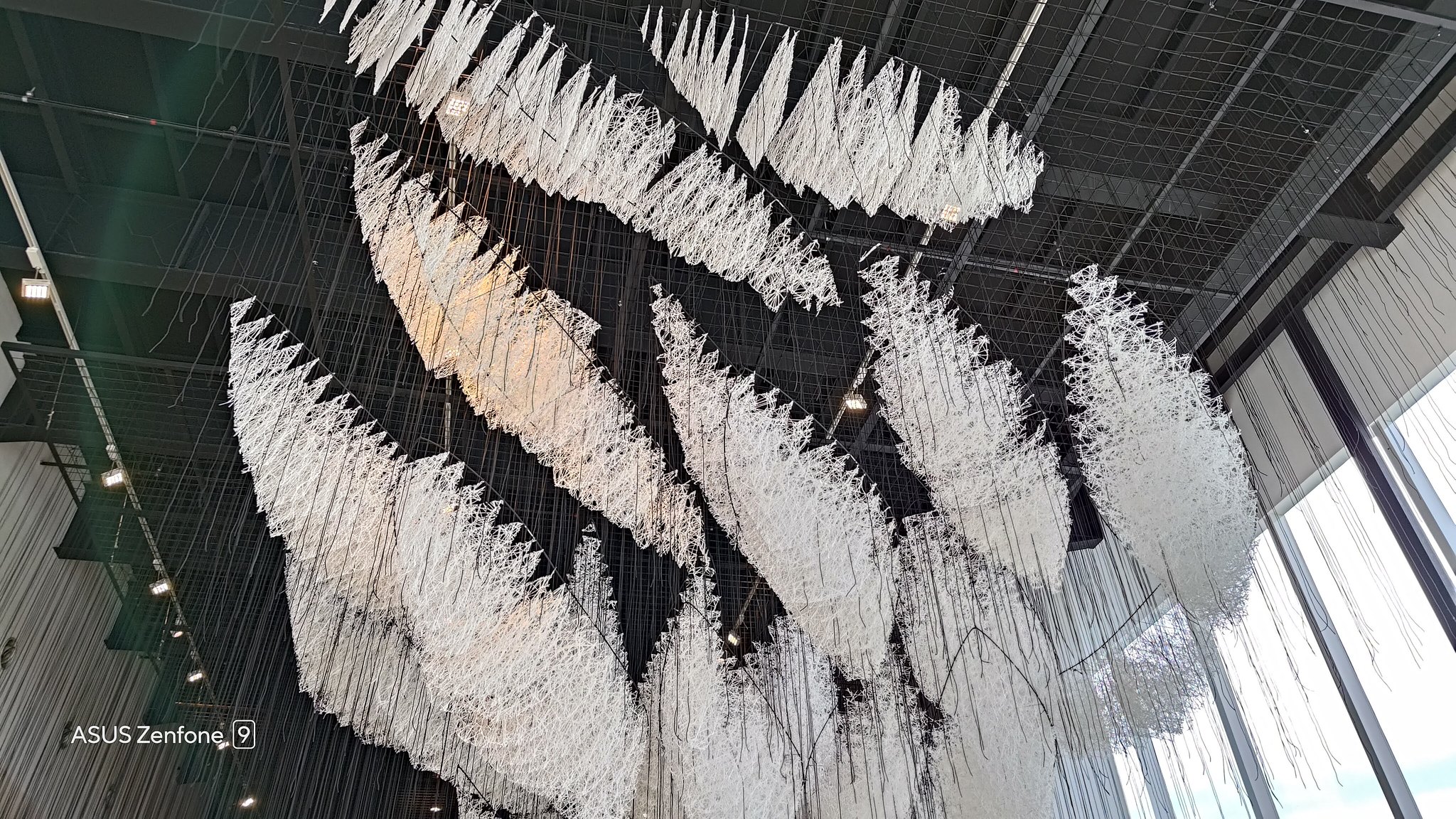 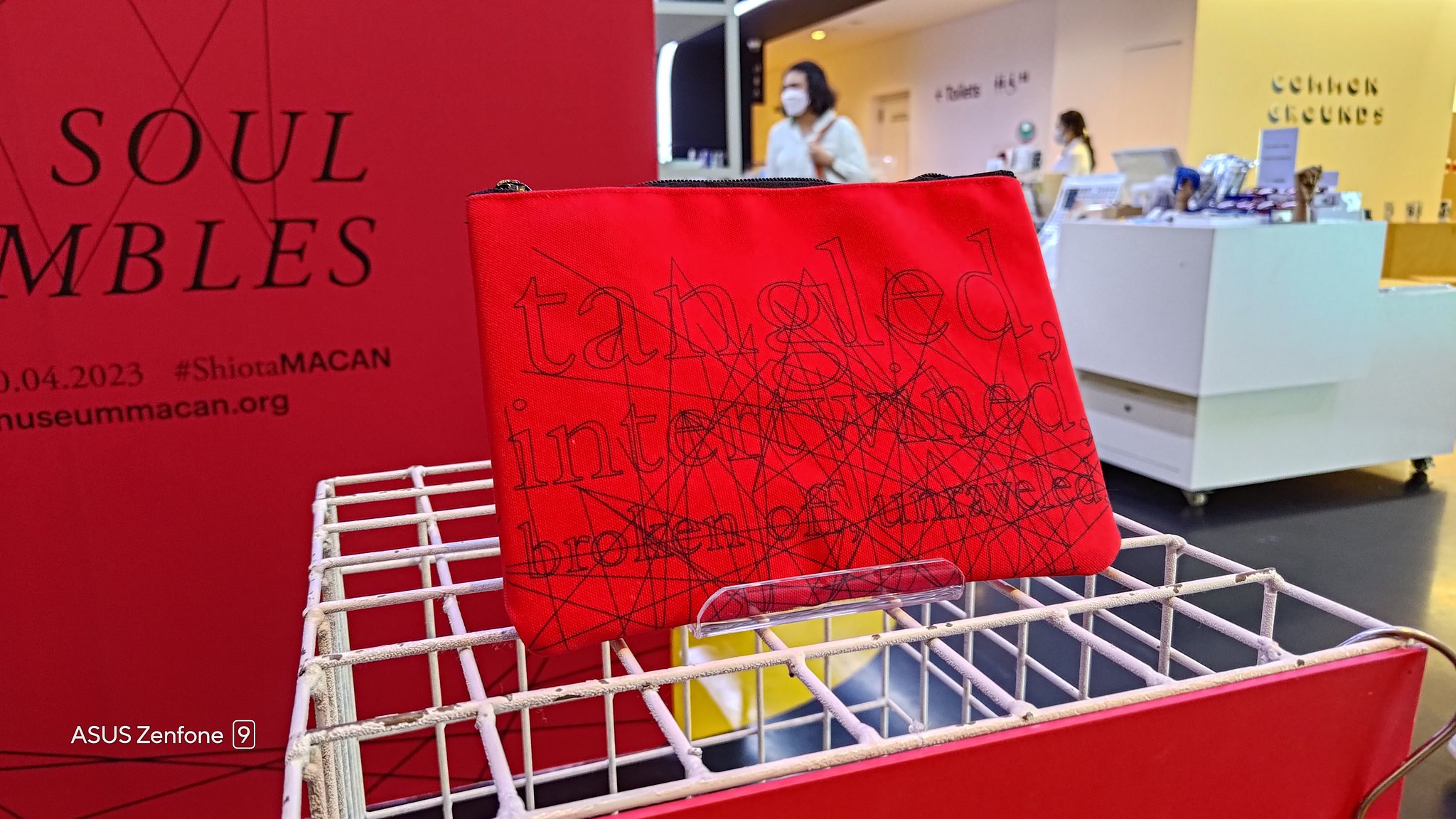 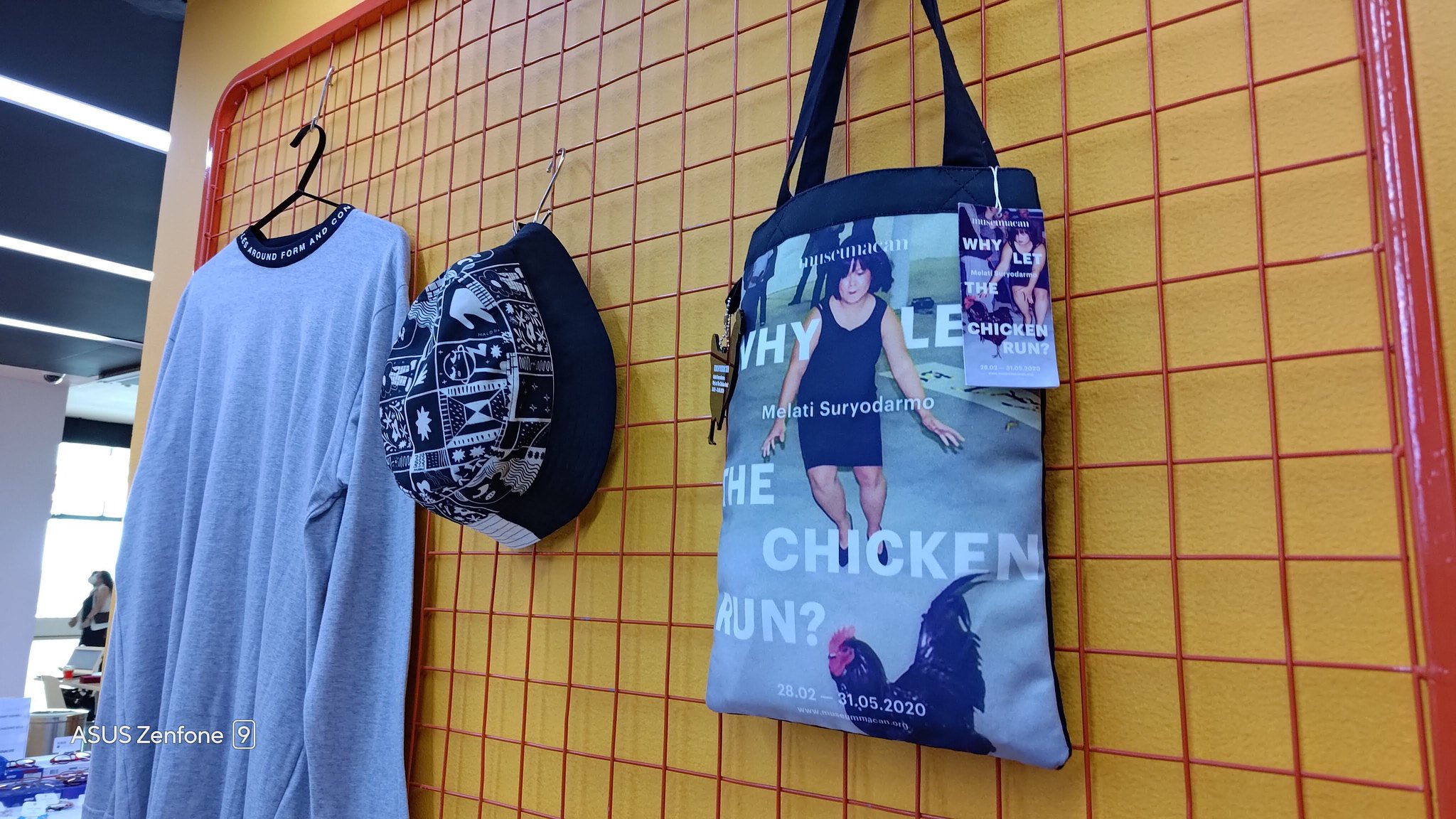 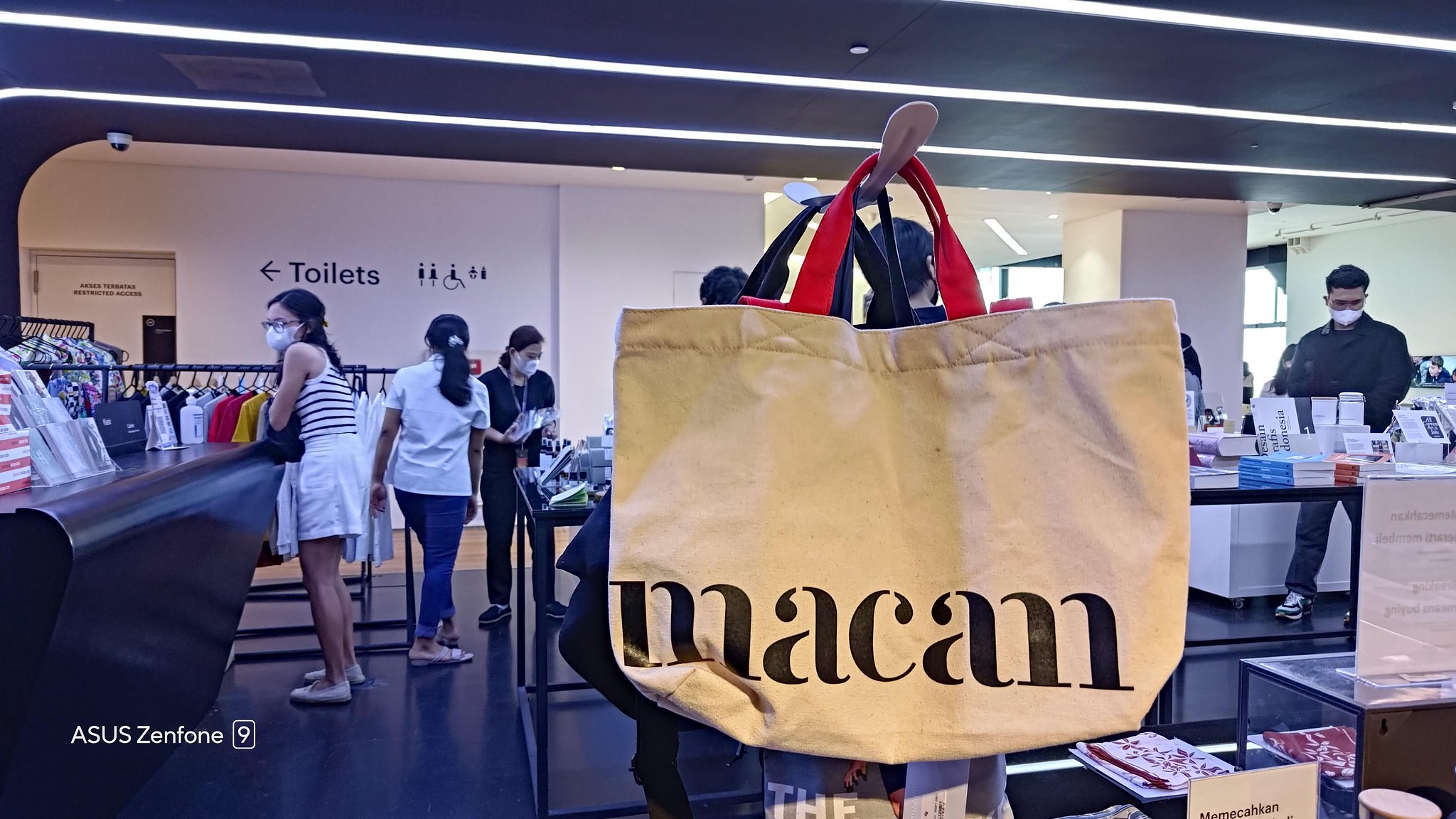 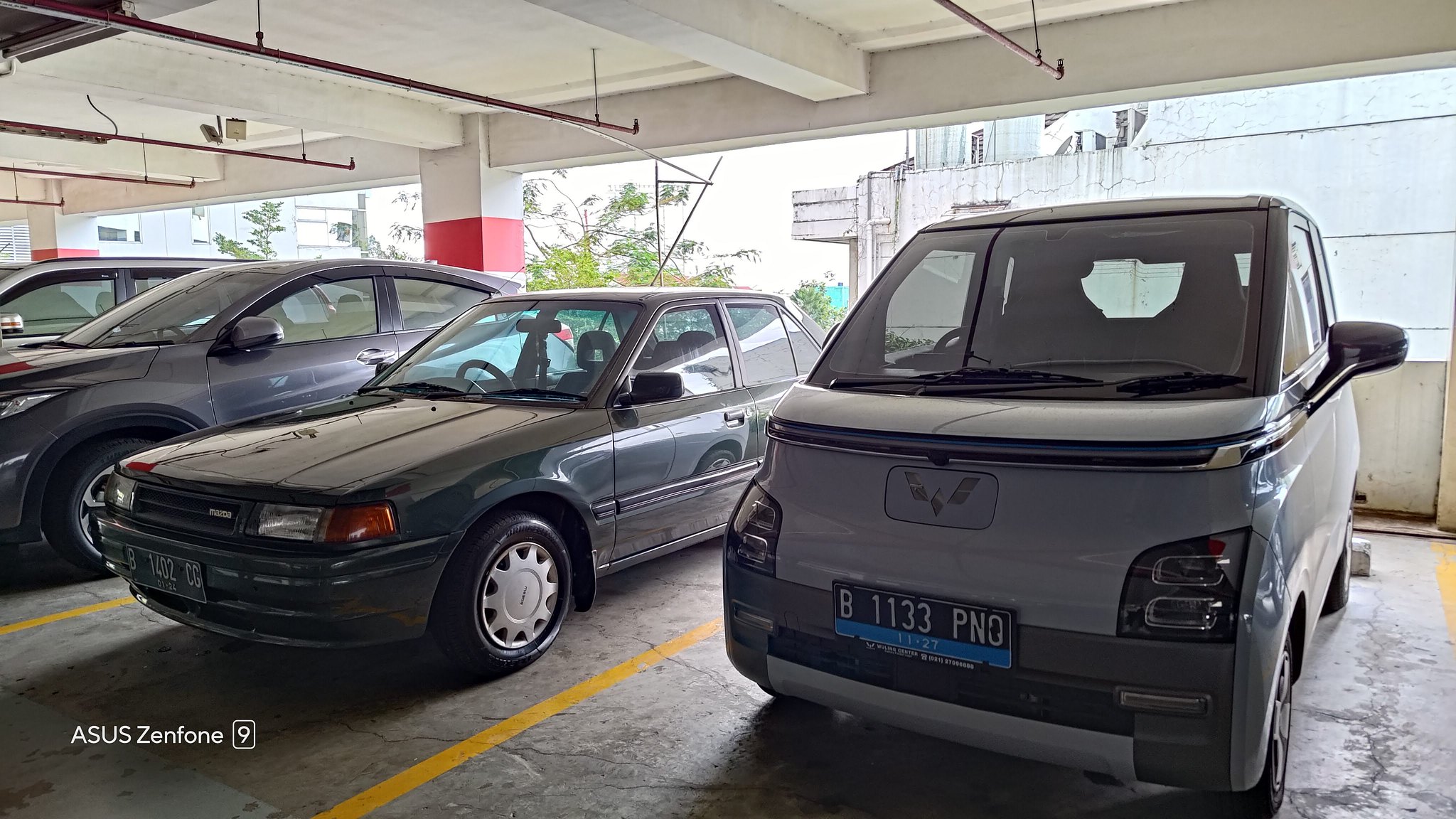 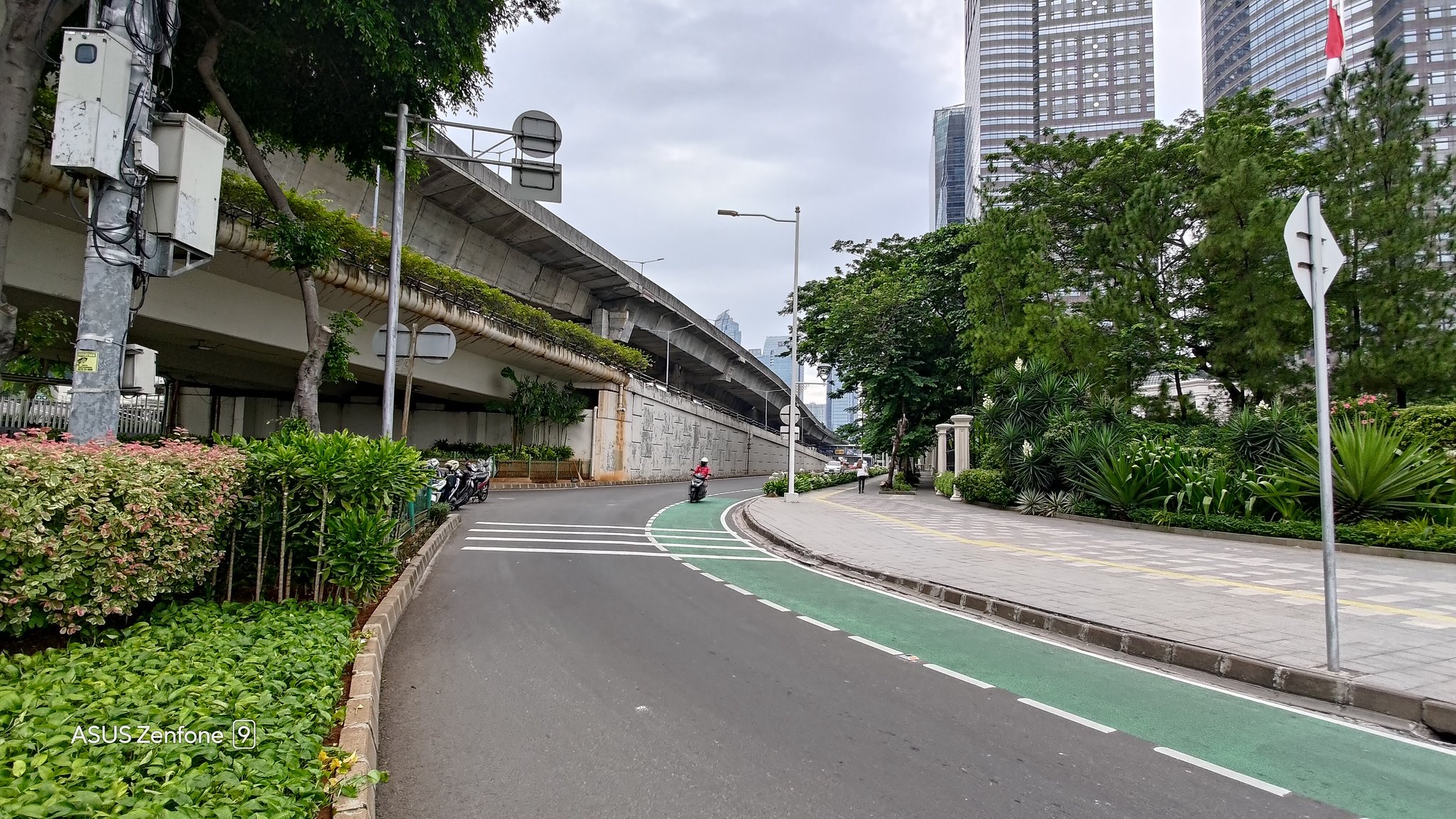 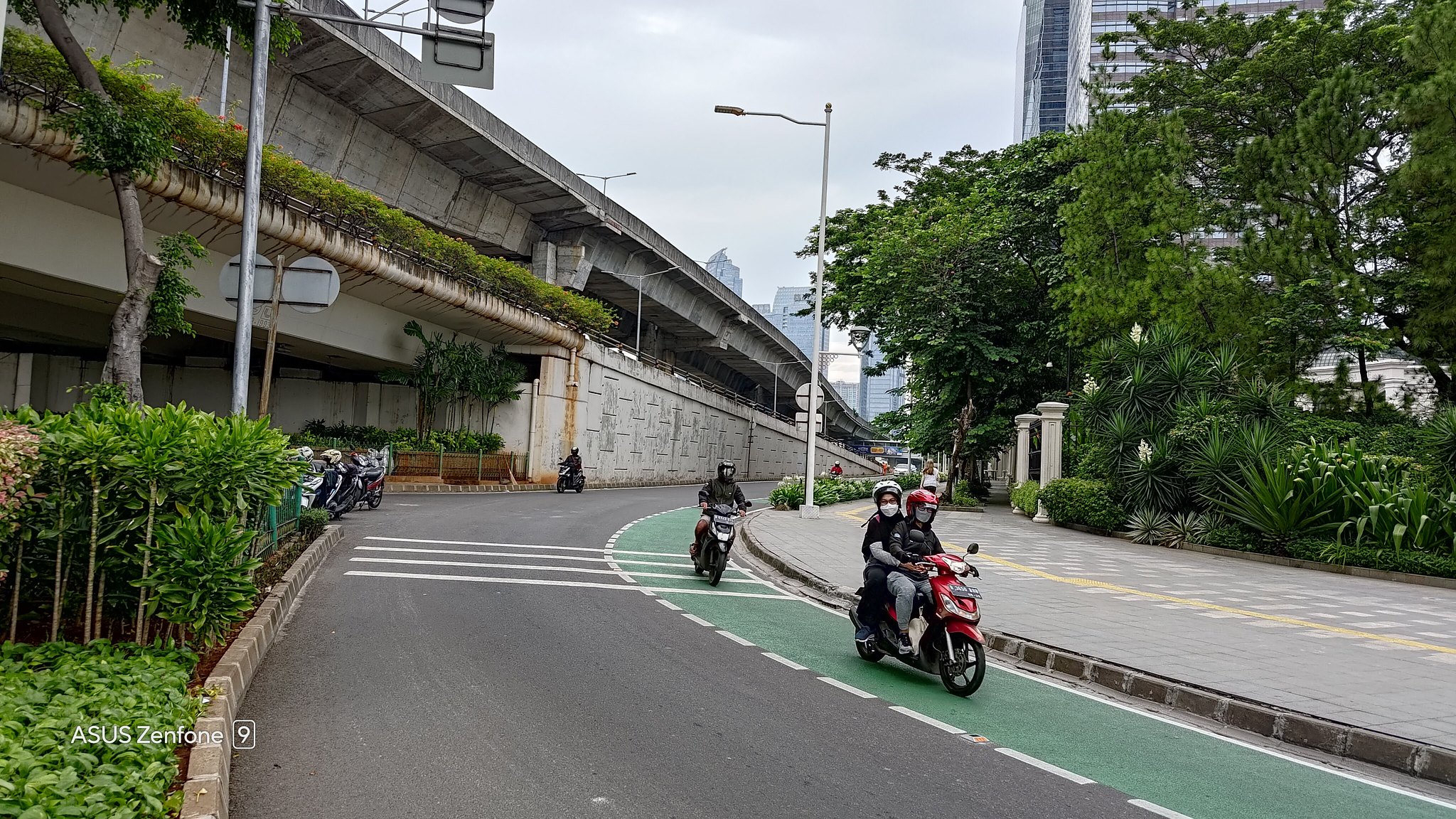 Turning to video, the ASUS Zenfone 9 front camera can record video up to 4K 30fps or 1080p 60fps—both of which can be with active stabilization. In other words, it’s suitable for vlogging, although the facial appearance becomes a bit smoother. Unfortunately, there is no option to switch from the front to the rear camera while recording is in progress like on a number of Samsung smartphones.

While the main rear camera sensor supports a maximum resolution of 8K 24fps, and the two sensors behind can record up to 4K 60fps. But if you want to be able to switch between the two, the maximum is at 4K 30fps. With OIS gimbal stabilization, the footage looks very stable and has minimal vibrations even at night.

The ultrawide sensor also has relatively good quality, aka not too dark or noisy when recording night footage. ASUS Zenfone 9 is also supported by OZO Audio, for clearer sound recording through the microphone while reducing noise. So it will be suitable for video recording and virtual meetings.

Not much different from pure Android, this smartphone runs Android 12 with an interface similar to Pixel, but with a number of extra features. Yes, ASUS Zenfone 9 unfortunately was not released directly with Android 13, and promised to get at least two OS updates. Is this a sizeable drawback?

The extra features offered through the ASUS Zenfone 9’s Zen UI interface start from setting which icons can appear in the notification bar, how can the battery last longer with capacity and charging speed restrictions, to the ZenTouch button which ASUS is also quite proud of.

Instead of using the in-display fingerprint sensor, the Zenfone 9 has a fingerprint sensor on the power button which can also be used as a shortcut, either by pressing it twice or with a swipe gesture. So, for audiophiles, the audio quality of the ASUS Zenfone 9 can be proud of. Quality stereo speaker setup, there is a headphone jack, plus it supports Hi-Res Audio and the Qualcomm aptX standard.

ASUS Zenfone 9 as a smartphone with the most affordable Qualcomm Snapdragon 8+ Gen 1 chipset. In our opinion, ASUS is smart enough to present a 6GB RAM option and 128GB of internal storage, so that the price of the lowest variant can be really cheap. The unit we tested also has this configuration, and for daily use, it still feels very rushed.

Maybe under certain conditions, the ASUS Zenfone 9 6GB RAM will be a little overwhelmed to keep everything running. But thanks to the fast chipset, you only need to wait a short time to access the application from the start. And thanks to the rear body material which is not glass or metal, the surface doesn’t feel hot.

Even playing games feels comfortable, maybe because the screen resolution is “only” full HD +, so it doesn’t burden the chipset. If you feel that there is a frame-drop after a few tens of minutes of use, take it for granted—even though it already has a hardware-based cooling system, its small dimensions prevent the ASUS Zenfone 9 from providing maximum cooling, which may result in throttling performance.

Except for the side bezel which is a little warm. Of course, for better performance, the ASUS Zenfone 9 variant with more spacious RAM will be smoother for multitasking (and can produce higher benchmark scores). But keep in mind, the price difference is also quite far.

It’s fortunate that this smartphone is the latest from its competitors. That way, ASUS has enough time to present the ASUS Zenfone 9 using a more power-efficient chipset. With a battery capacity of 4300 mAh, it’s safe for me to say that this smartphone is perfect for a full day of use, without worrying about running out of power before going to sleep.

One time we were feeling a bit more extravagant and the battery was already in the tens of percent around 9pm. But with a note, on that day the camera is active more often, almost full of cellular data (as well as a hotspot), and forgot to turn off high performance mode. If these three notes were not “executed”, it would be safe until the next day.

With support for 30W fast charging, charging the ASUS Zenfone 9 battery takes about 95 minutes to fully charge, while 30 minutes can increase the power by around 55%. When compared to the Xiaomi 12, of course it feels much longer, coupled with the absence of wireless charging support which I regret a little for a flagship released at the end of 2022.

The only drawback that we felt while trying this smartphone was the absence of support for wireless charging and the charging speed which was a little behind. Yes, that’s all, the rest is quite satisfying and complete. Comes wrapped in an attractive design while carrying IP68 certification.

Starting from small things like precise vibrations when scrolling in the menu, to all camera sensors that support autofocus plus stabilization at the highest recording resolution. ASUS Zenfone 9 can come with a complete package in small dimensions, plus a “small” price.