You could say that there are not too many gaming class smartphone choices. So far, besides the brand next to it, gamers have other options, namely the Black Shark 3, which offers no less tantalizing specifications, including the matter of using the Snapdragon 865 chipset which is believed to be able to provide a high-end gaming experience.

In this article, we will further examine what the gaming capabilities of the Black Shark 3 are and whether it is able to compete as one of the gaming phones worthy of being a shopping target for gamers. Curious? Come on , just take a look.

In terms of design, Black Shark 3 still appears with a futuristic nuance which this time is named Console Holding Symmetrical . The contour of the rear body no longer has many extreme curves and appears much simpler without leaving the gaming vibe that it wants to accentuate.

On the front, you are presented with a 6.67-inch screen surrounded by a fairly thin bezel, so it is able to provide a screen-to-body ratio of up to 82.4 percent. Interestingly enough, the Black Shark 3 on the right side has a special switch to activate a gaming mode called Shark Space.

Black Shark 3 is also equipped with a USB Type-C port and a fingerprint sensor hidden behind the screen. This smartphone has two slots for installing a nano SIM-card and unfortunately it is not equipped with a microSD slot. That means, you can’t expand the storage space with a memory card. While the 3.5mm audio jack port is at the top.

Discussing a little about the screen, Black Shark 3 uses an AMOLED DCI-P3 panel with a size of 6.67 inches Full HD + aka 1080 x 2400 pixels. This screen has a refresh rate of 90Hz, not yet 120Hz like its competitors. In addition, the Black Shark 3 screen also supports HDR10 +.

To provide better touch response, Black Shark 3 relies on supporting technology such as 270Hz Touch Reporting Rate to make touch latency lower (24ms). With a more responsive screen, you can react and shoot faster when you meet enemies in the battle arena.

In terms of quality, we think the Black Shark 3 screen is capable of displaying images very well. Content looks so sharp with accurate colors that spoil the eye. The brightness level is also relatively high, so you can still see content on the screen clearly even in strong sunlight.

Black Shark 3 carries the JOYUI 11 operating system based on Android 10. In terms of UI appearance, there is nothing special. Just like Android phones in general. One thing that we want to explain further is about a gaming mode called Shark Space 3.0 which you can activate easily via the switch on the lower right side.

Through Shark Space 3.0 you can browse all the game options installed in Black Shark 3. In addition, you can also connect and manage accessories from the Shark Kit family such as GamePad, Mechanical Gaming Keyboard, SharkCooler, and Bluetooth Game Headset.

What’s more interesting, you can also adjust the performance of Black Shark 3 according to the game being played. For example, when you want to play PUBG Mobile, you can adjust the extent of hardware performance, choose a refresh rate between 60Hz or 90Hz, change the screen settings for example to HDR mode, adjust screen sensitivity, and determine internet priority.

Entering the main discussion considering the status of Black Shark 3 is a gaming smartphone. Armed with the Qualcomm Snapdragon 865 chipset accompanied by 8 GB of RAM, of course, it is only natural that the Black Shark 3 is able to provide super fast performance and high-end gaming performance.

This smartphone has an internal storage of 128 GB. The actual capacity is still relatively relieved, but in our opinion it is not too tempting in its price class. In addition, the Black Shark 3 does not have a microSD slot to increase data storage space.

If it’s about performance, there’s no need to doubt. Black Shark 3 is able to run Android games that have high graphic demands very smoothly. There are several titles that we try to play on this mobile gaming phone, from PUBG Mobile, Asphalt 9, to the most recent game, Genshin Impact.

We can play PUBG Mobile in the HDR-Extreme graphic settings smoothly without problems. The frame rate obtained is also classified as stable and we rarely find a frame rate drop that interferes with the comfort of playing. While we run Asphalt 9 at High settings and as expected, it also looks very smooth without lag.

Finally, Genshin Impact is arguably one of the games with the heaviest graphics performance needs on Android. In Black Shark 3, we were able to play Genshin Impact with the Highest graphic setting (the highest) at 60fps, so the visuals looked so stunning. Gaming performance is very satisfying.

Even while playing heavy games, Black Shark 3 shows a fairly good temperature management ability. We didn’t feel an excessive increase in temperature at any one point. There is definitely a feeling of warmth, especially when playing Genshin Impact. But the warmth tends to be evenly distributed and does not interfere with the comfort of playing.

To further illustrate what the performance of Black Shark 3 looks like, here we present some test results using the benchmark application:

Even though it is included in the gaming cellphone category, it does not mean that Black Shark 3 does not have a reliable camera sector. Indeed, there are no special features like on some flagship class smartphones. But in our opinion, the ability to take pictures and record videos is still quite good.

Black Shark 3 has three rear cameras consisting of a 64 megapixel f / 1.8 main sensor equipped with Phase Detection Auto Focus, a 13 megapixel sensor with an ultra-wide lens, and a 5 megapixel depth sensor. For those who like selfies, there is a 20 megapixel f / 2.2 camera on the front.

The shots look sharp with natural colors and a relatively good dynamic range. In ideal light conditions, high detail is captured. Those of you who like to create photos with bokeh effects should try the Portrait Black Shark 3 mode which we think is pretty neat. We also had the opportunity to take pictures of the sunset and the results were pretty good for just showing it off on social media. 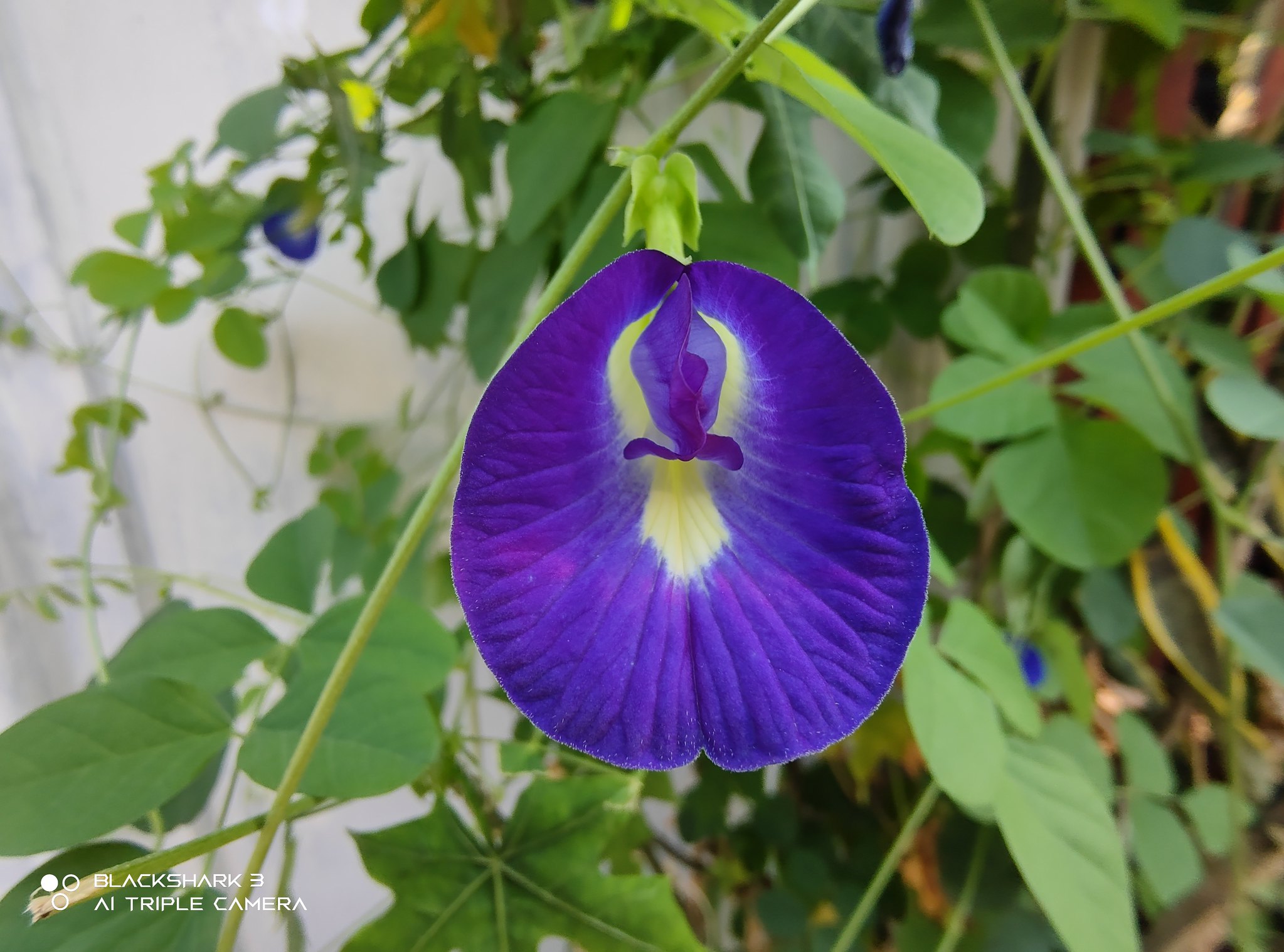 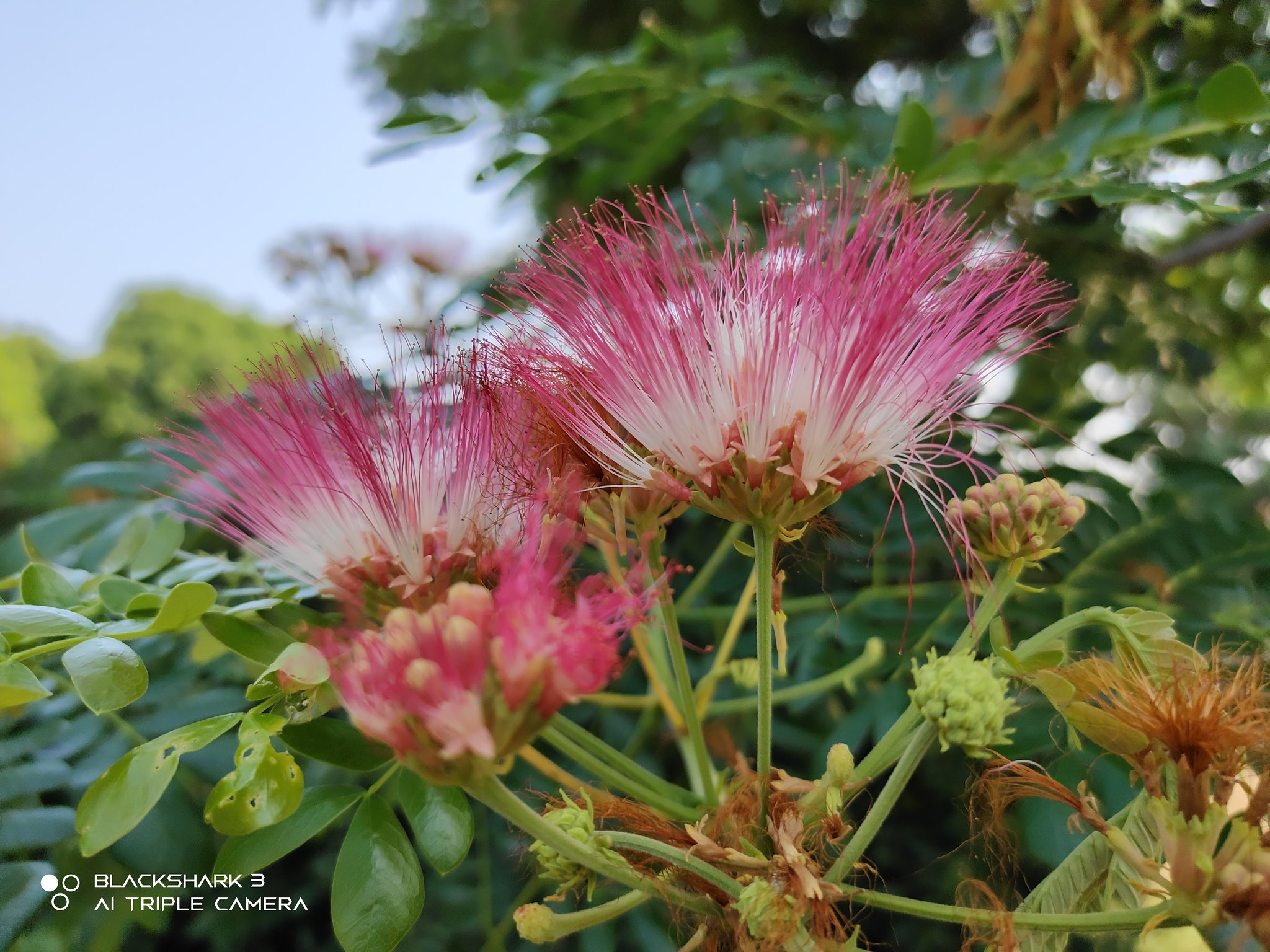 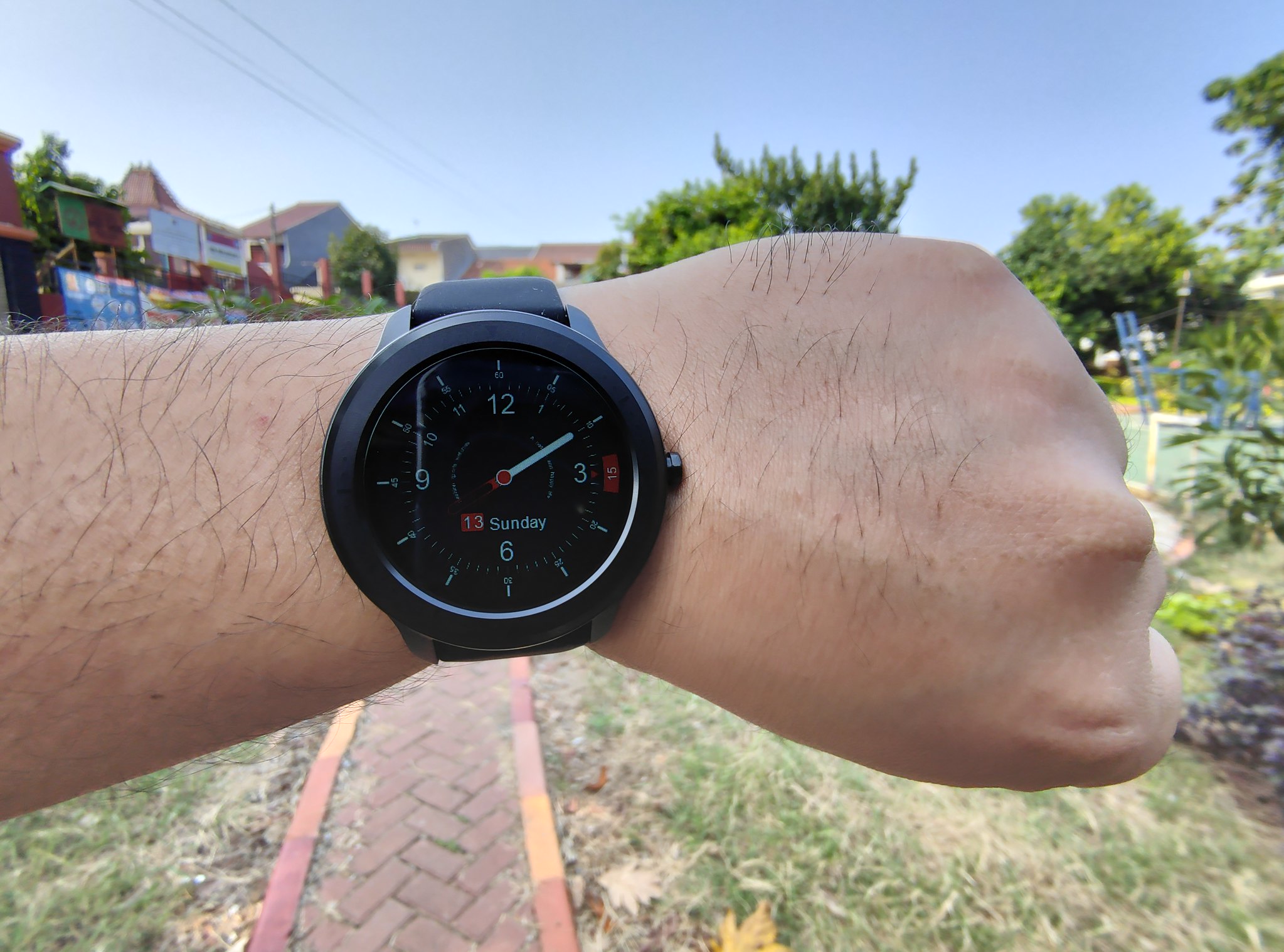 Unfortunately for selfie needs, the front camera of Black Shark 3 is still not satisfactory. The details that were captured were less sharp even though we were in adequate light conditions, and in terms of white balance it seemed less accurate. Not only that, but the dynamic range on the front camera of the Black Shark 3 still needs to be improved. 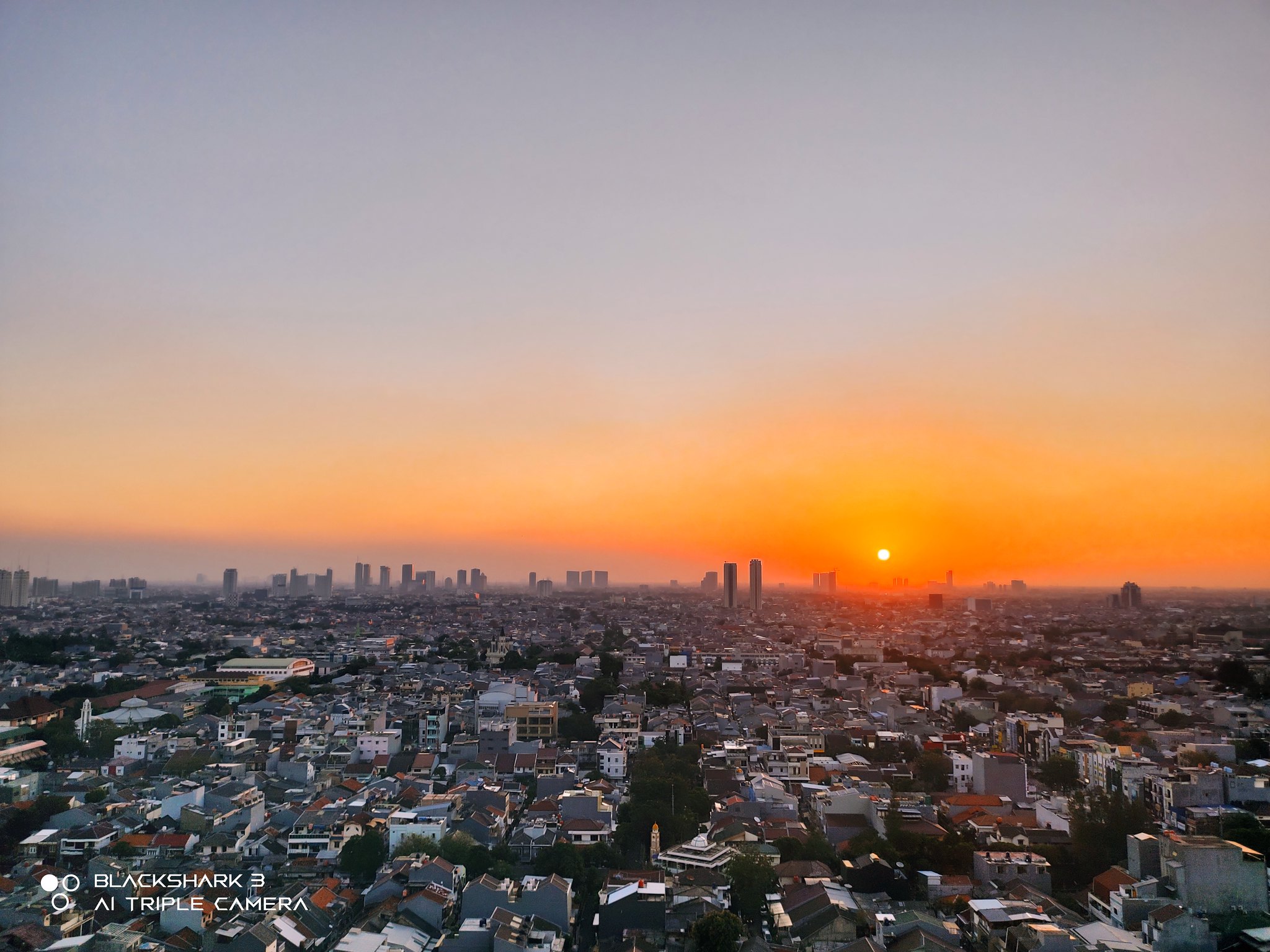 Turning to videography capabilities, Black Shark 3 is capable of recording video up to 4K resolution at 60fps. Even more tantalizing, you can also make slow-motion videos (slow-motion) at 1920fps with a resolution of 720p. If you want to make a stable video without the help of tools, you can record at 1080p 30fps resolution. 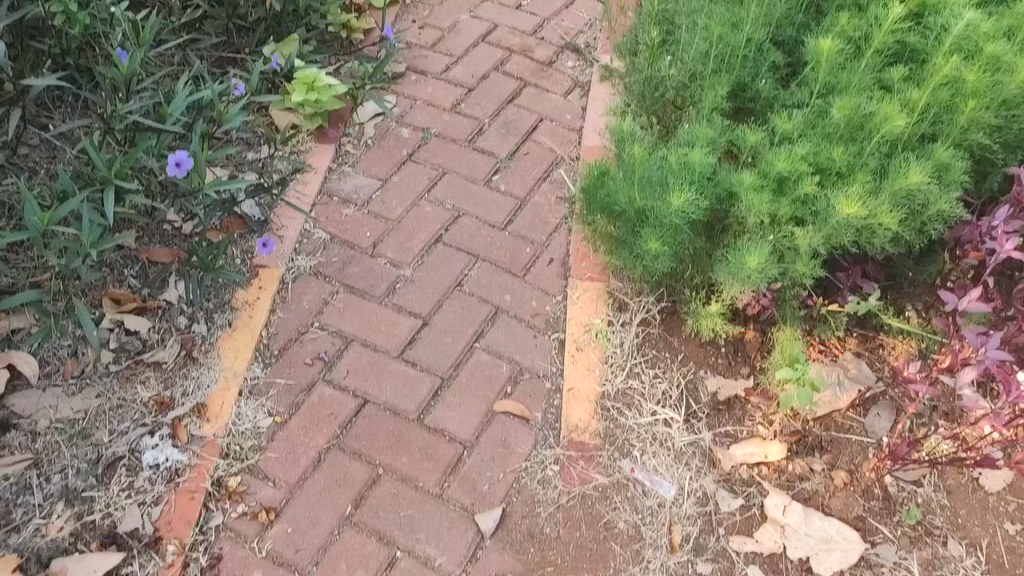 Black Shark 3 is armed with a battery with a capacity of 4720 mAh. Not too big, but not too small. If you have to compare it with the next brand, it is clear that this capacity is still less lucrative. Fortunately, the Black Shark 3 has a 65W Hyper Charge technology which in our opinion is extremely fast.

Charging from a completely empty (0 percent) to 100 percent battery takes less than 45 minutes. For durability, we tried to play Genshin Impact with the Highest graphic setting at 60fps for 25 minutes, the result was that the battery was reduced by about 10 percent.

Black Shark 3 may not be the fastest gaming phone in Indonesia at the moment. But the performance it offers is clearly not to be underestimated. As far as our tests, Black Shark 3 is able to provide a very satisfying gaming experience. One plus point that we also really like is its steady charging speed.

For those who are interested, the Black Shark 3 8/128 GB variant is officially sold via Eraspace.com/Erafone.com at a price of IDR 9,999,000. There is only one color choice available, namely Midnight Black.

Black Shark 3 is ideal for: Hardcore gamers who need high performance. Gamers who don’t want to wait too long for charging.

Black Shark 3 is less than ideal for: Casual users who don’t really like to play games. Users who need NFC.