Although it has never released a flagship that really enters the premium class at a premium price, Infinix always tries to bring the best features to its affordable smartphone. This time, through the Infinix Note 12 VIP, the main selling point is in fast charging technology, aka fast charging.

Not 65W, not 80W, but up to 120W, it can be brought to a price of USD $250 (even cheaper during flash sales). Although much cheaper, Infinix also does not rule out other factors such as security and battery life. And of course that’s not all that the Infinix Note 12 VIP “sells”.

The screen has a refresh rate of 120Hz, the rear camera has a resolution of 108MP, and the body is claimed to use aircraft-like materials. Does the gahar specifications on paper make this device worth buying? Here’s a full review of the Infinix Note 12 VIP.

Although not the most expensive, I think the design of the Infinix Note 12 VIP looks much more premium than its brother, the Infinix Zero 5G . Because apart from the design, the use of the material also looks and feels better quality. It comes in two color options, and the one I used is the Force Black version.

Instead of solid black, the rear body of the Infinix Note 12 VIP can display a blue color that changes according to the ambient lighting. The surface uses aircraft-grade fiberglass, equipped with a large glossy camera module and a gold-colored camera ring—not to the point of exaggeration, or still elegant.

The back body is quite capable of holding fingerprints, although it is a little slippery. The profile is quite thin at 7.89mm, weighing in at 198 grams. The front, side and back are all flat, making it more elegant and contemporary.

In the sales package, Infinix includes a soft case and additional tempered glass for the Infinix Note 12 VIP. Yes, in addition, because the unit itself is equipped with a scratch-resistant coating from the manufacturer.

When there are many affordable smartphones that come with AMOLED screens, the Infinix Note 12 VIP screen has specifications that are closer to the flagship. Measuring 6.7 inches, the four bezels including the bottom side are made thinner than its competitors. Makes it look more luxurious from the front.

The screen has a full HD + resolution, supports 1 billion colors, 100% DCI-P3, and can be lit up to 700 nits. It’s enough for outdoor use, although not very bright. It doesn’t stop there, the refresh rate has also reached 120Hz, paired with a precise vibration motor.

The screen saturation and contrast are topnotch, quite accurate and responsive to touch. Unfortunately, just like the Infinix Zero X Pro , the always-on display feature cannot be kept on. The screen must be touched or the body of the device moved, so that it turns on and then automatically turns off within 10 seconds. The fingerprint sensor is also not in-display.

Some of the shortcomings above are not too important. But for those of you who like to stream videos from your favorite streaming platform, the Infinix Note 12 VIP still carries the Widevine L3 standard. That is, it can only stream in 480p resolution, not yet HD.

It’s good, but not optimal. With the slogan “108MP Cinemagic Triple Camera”, my expectations for the Infinix Note 12 VIP automatic camera are quite high. However, from the camera setup, then the video recording, it slowly decreases.

The main sensor of the Infinix Note 12 VIP has a resolution of 108MP, supports a 9-in-1 pixel-binning system, aka produces 12MP photos with details that should be very high. The second sensor is a 13MP ultra wide-angle type that supports autofocus, a 2MP depth sensor and laser autofocus. The front camera itself has a resolution of 16MP.

The image capture from the main sensor is quite good, with color reproduction that is close to natural. Although sometimes photos look smooth as if they want to stay away from noise, as well as over sharpening. For the ultra wide camera itself, autofocus is a double-edged sword. The focus distance can be more flexible, but sometimes the photo just doesn’t focus because it’s not instant.

You can access complete photos from the Infinix Note 12 VIP camera in the following album. 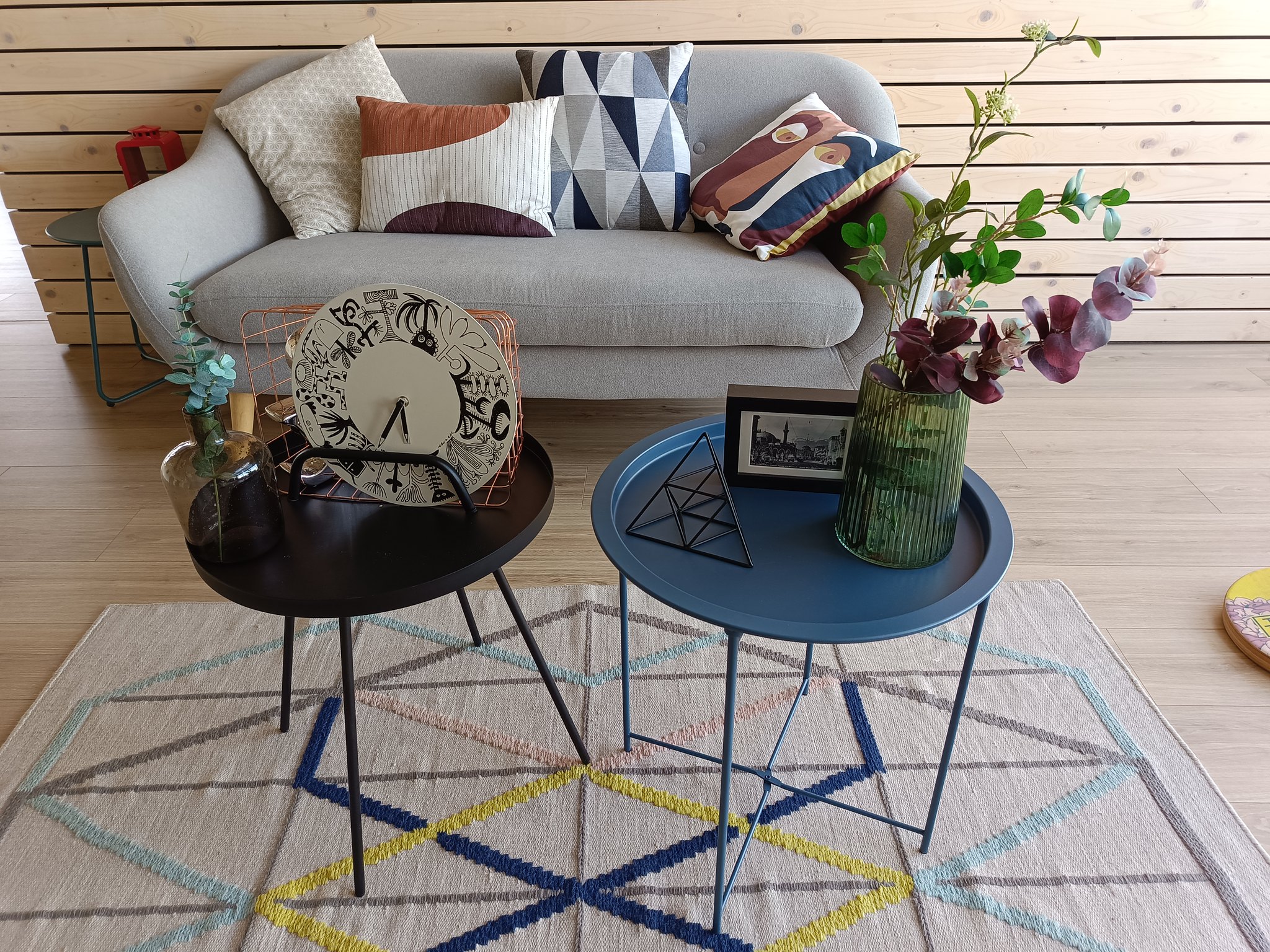 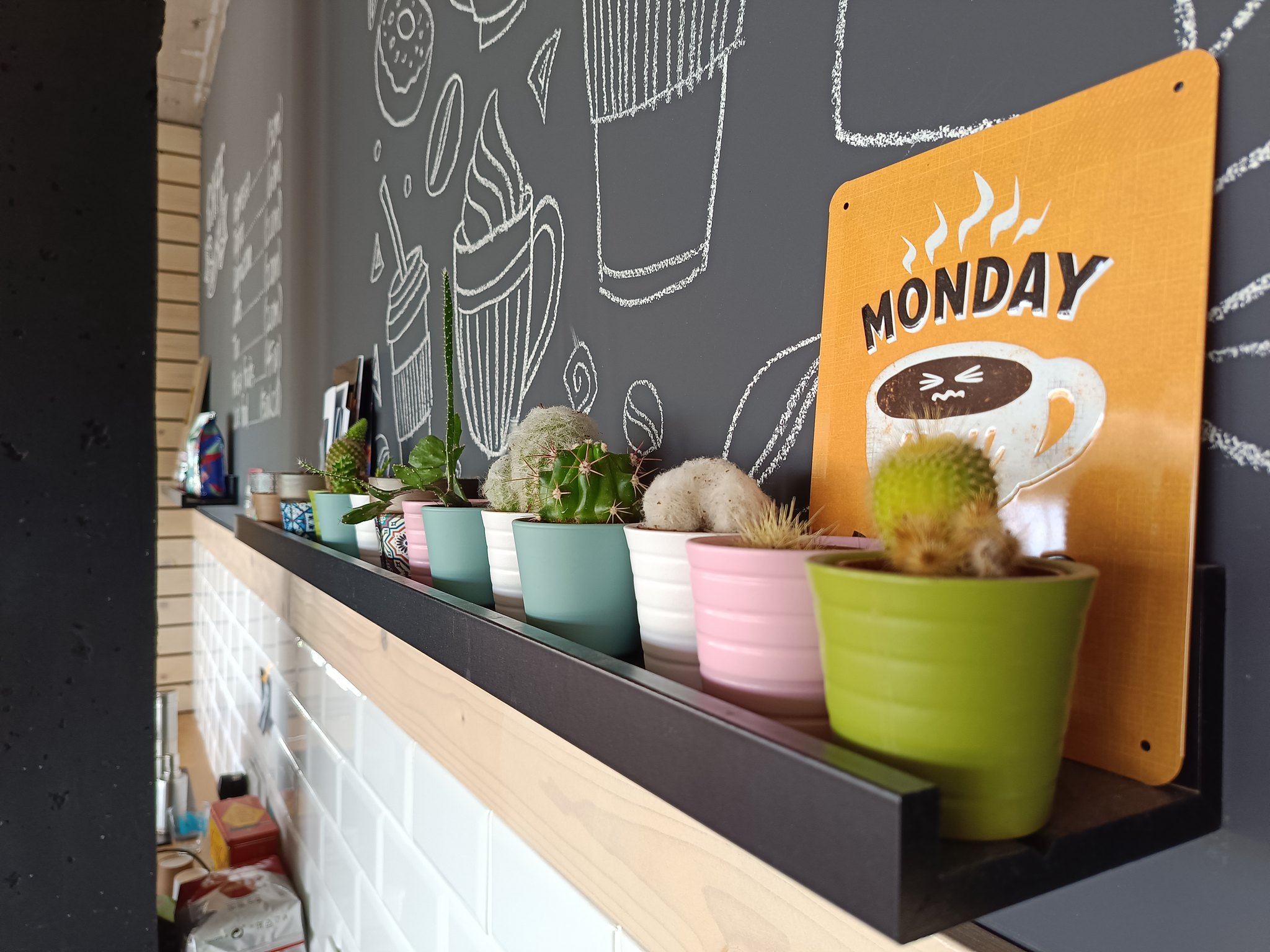 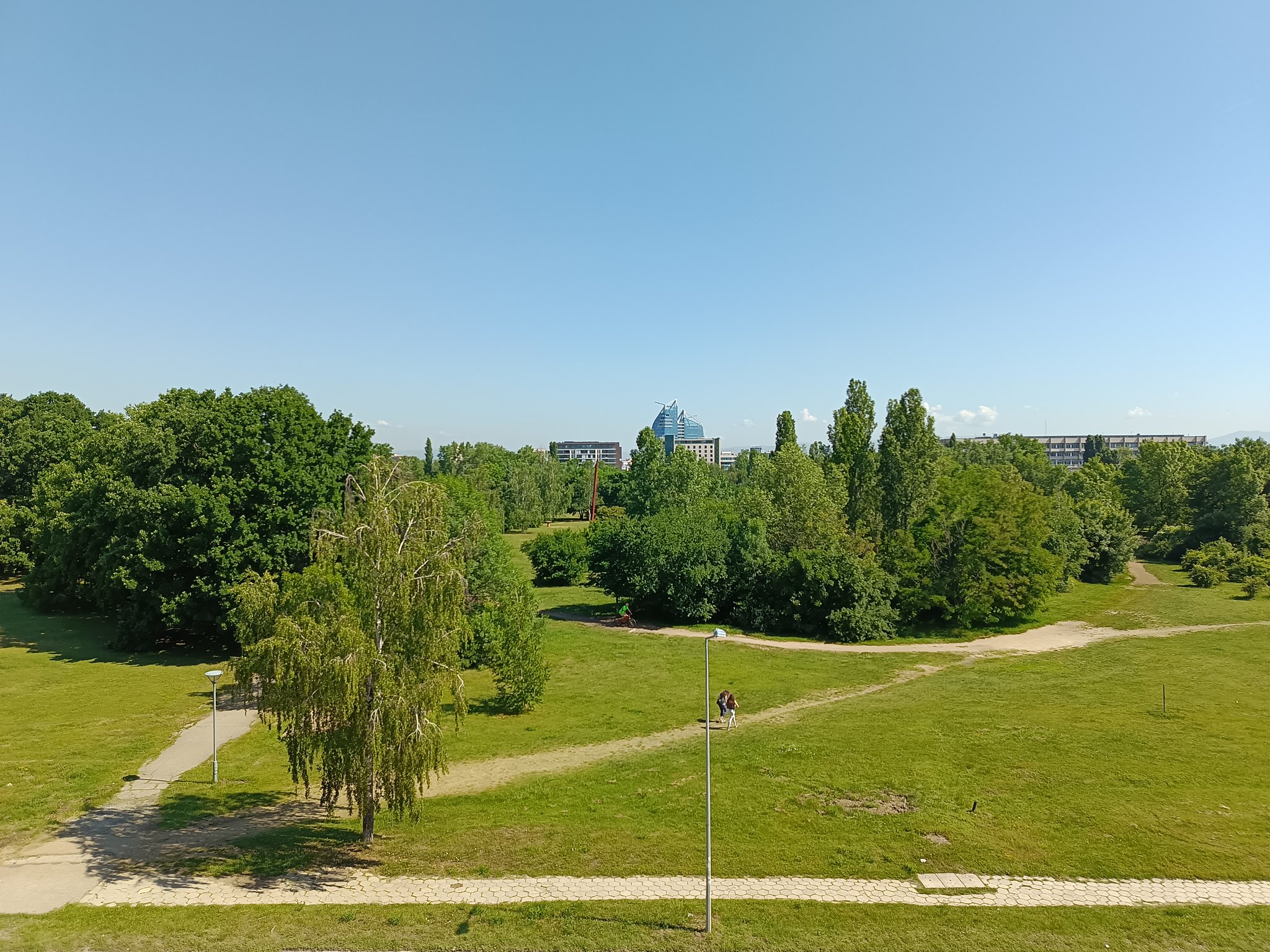 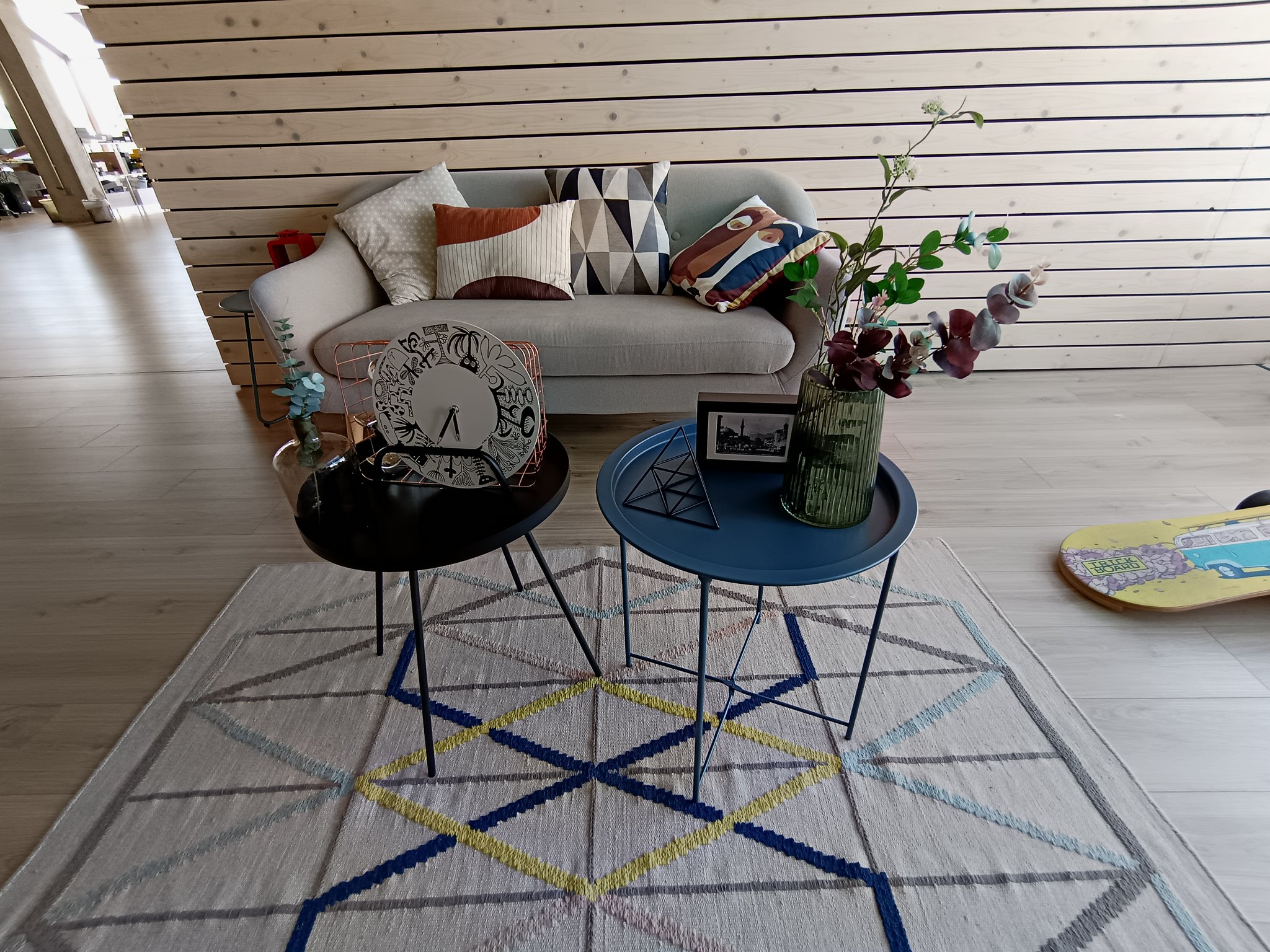 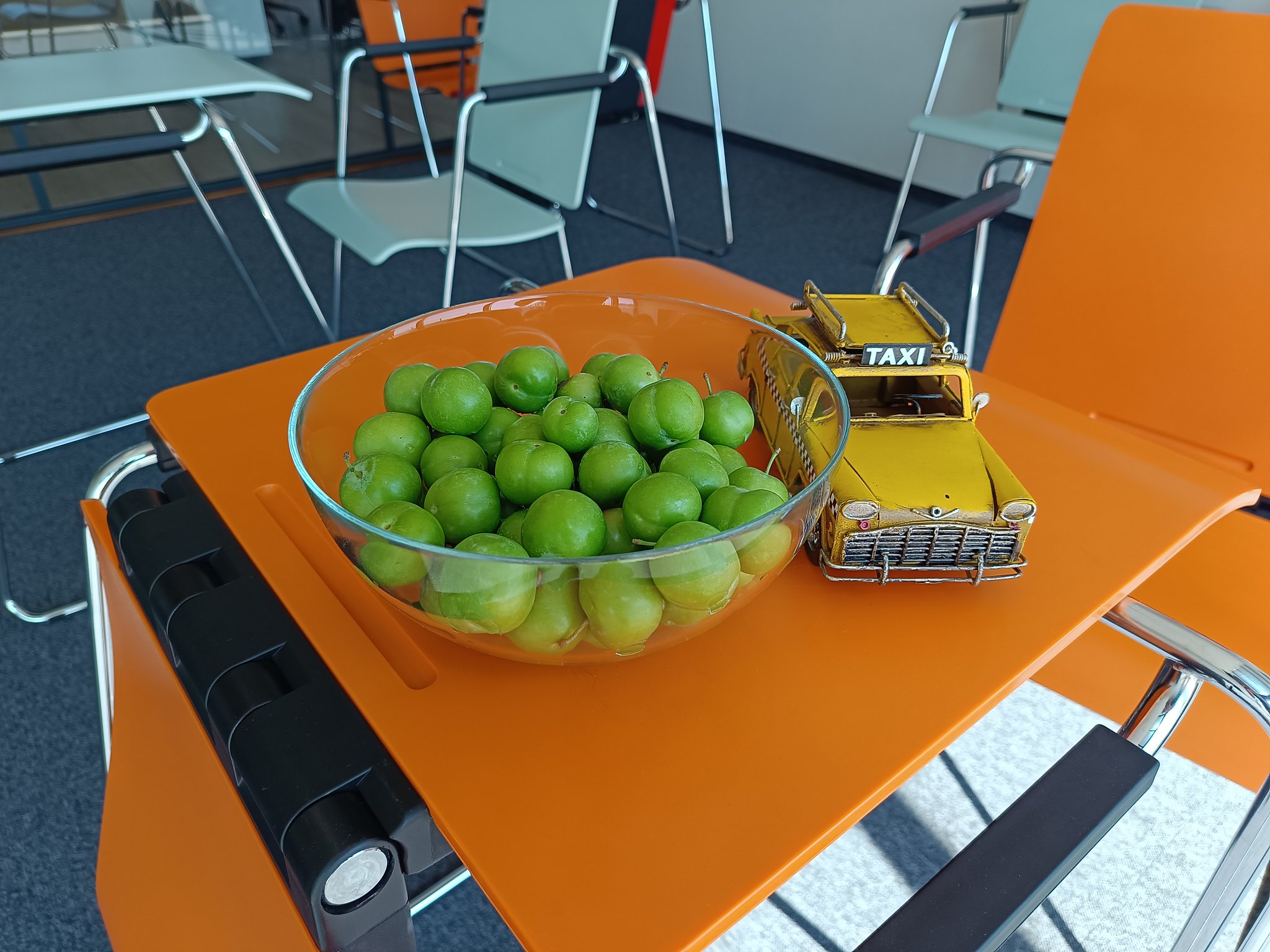 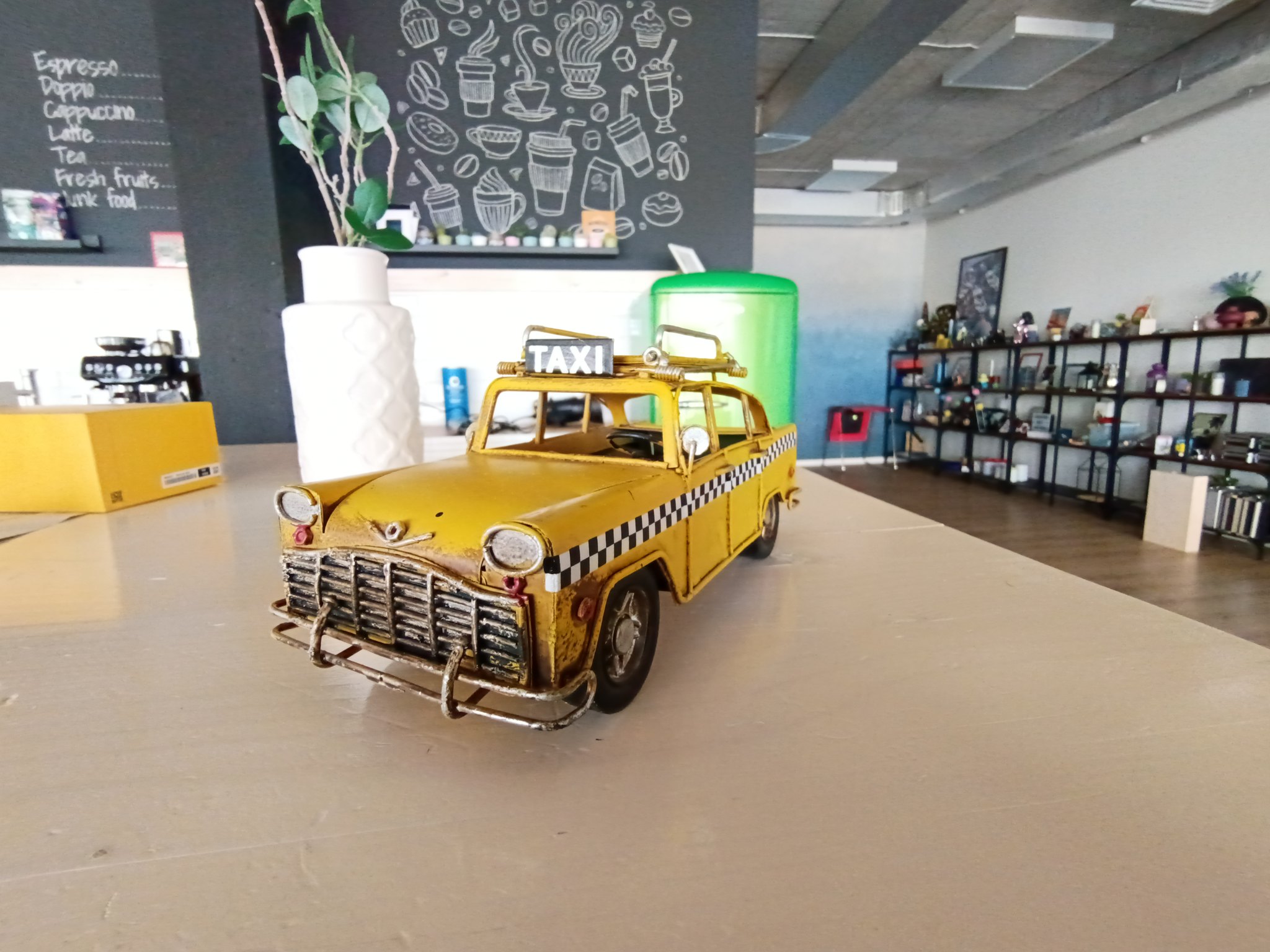 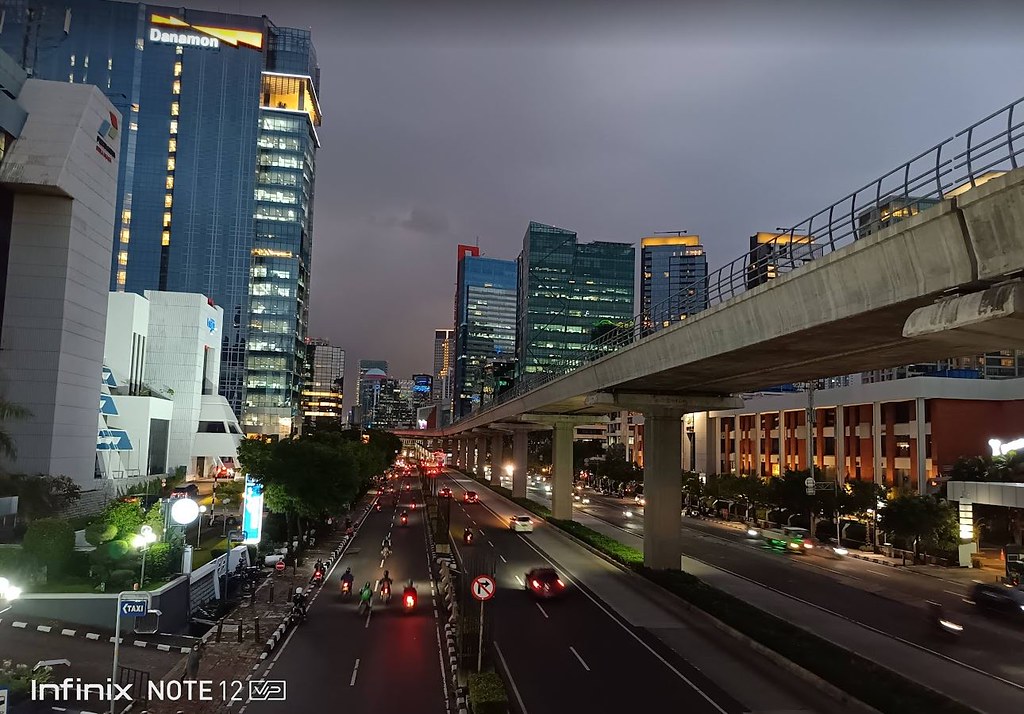 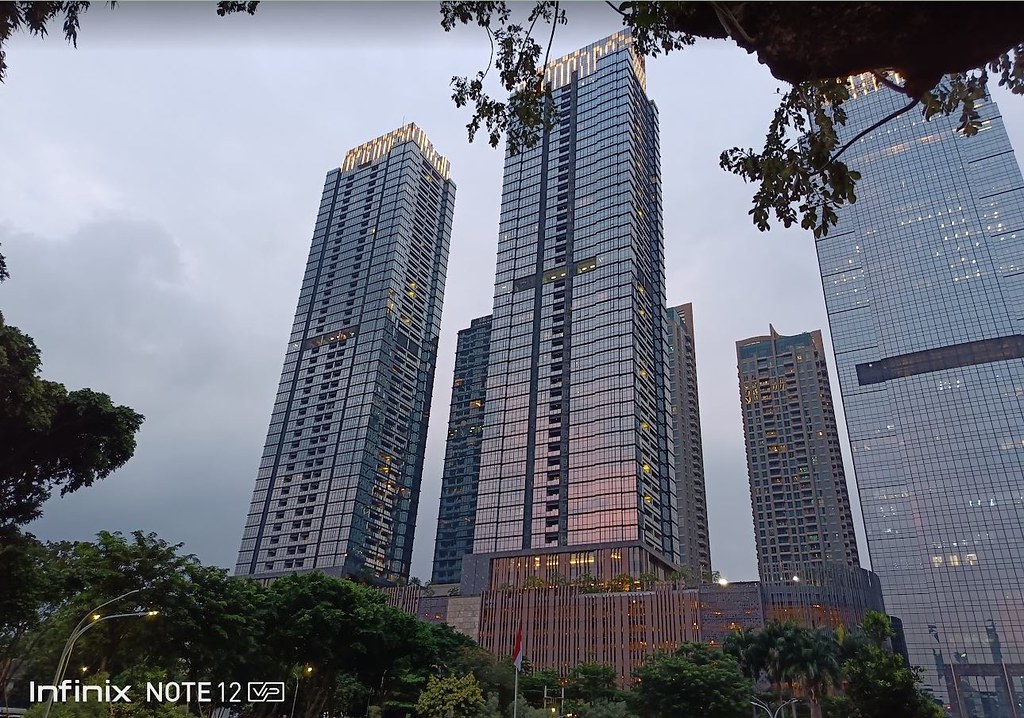 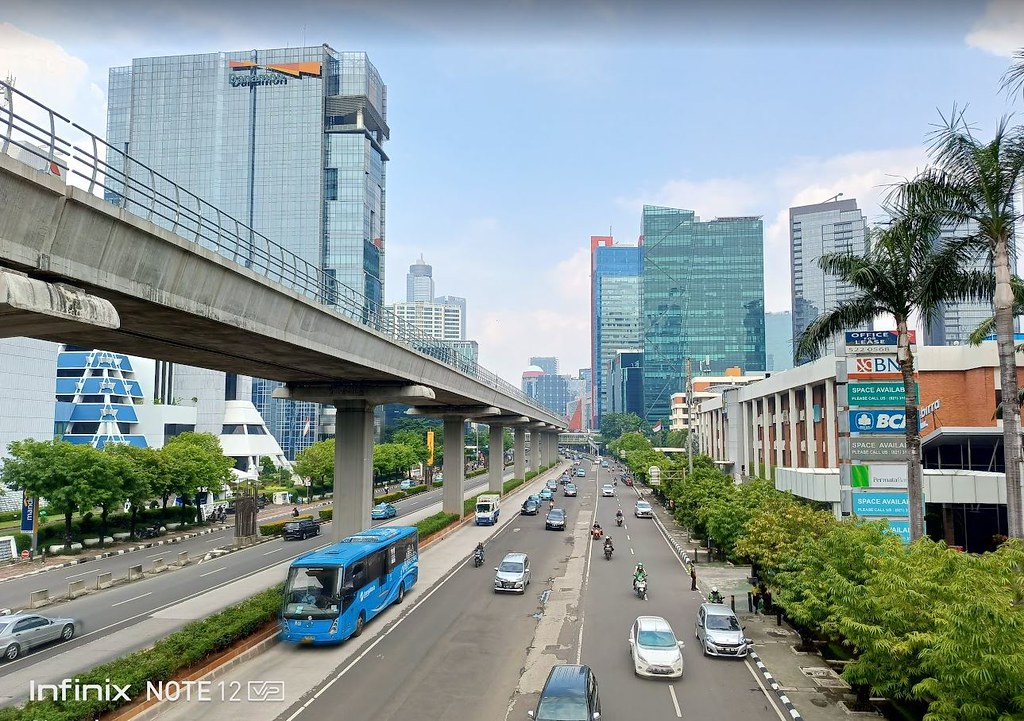 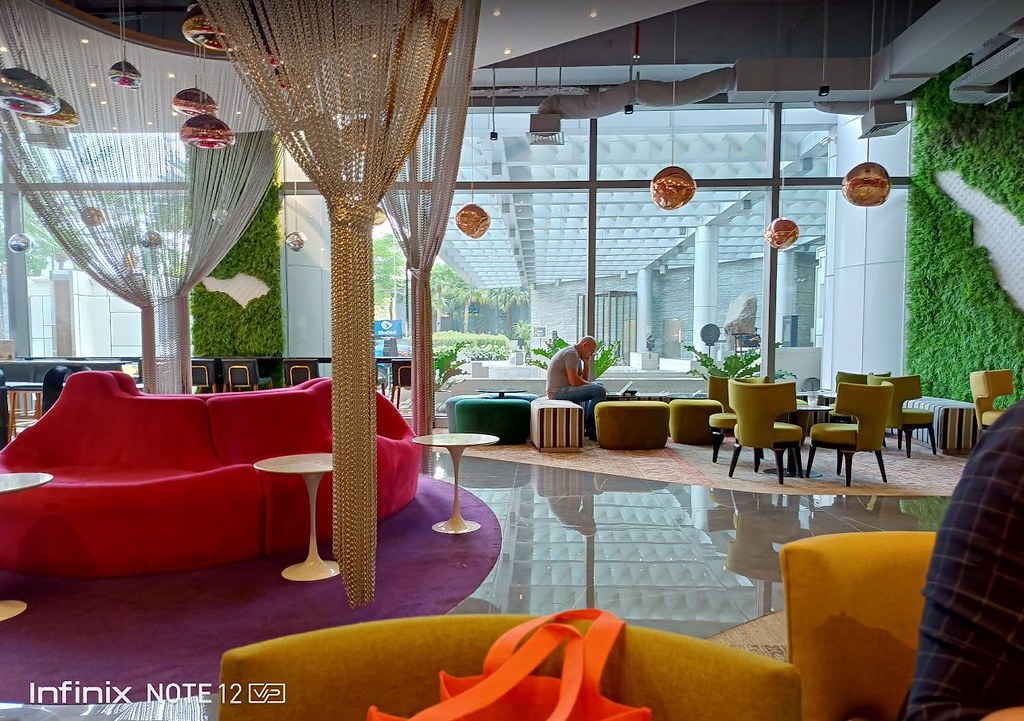 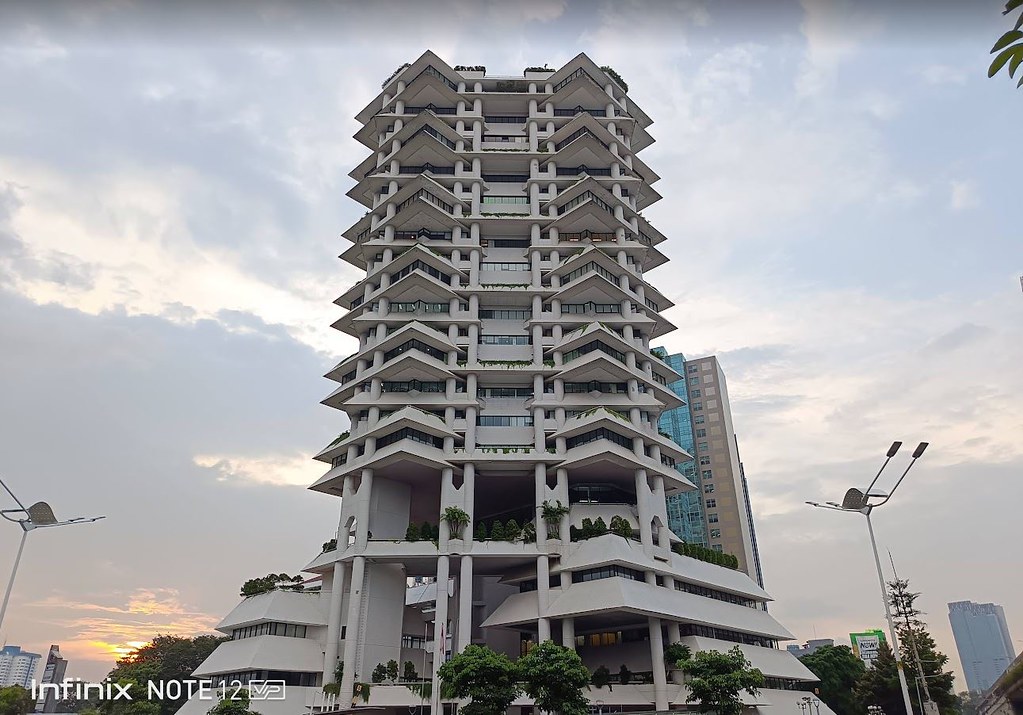 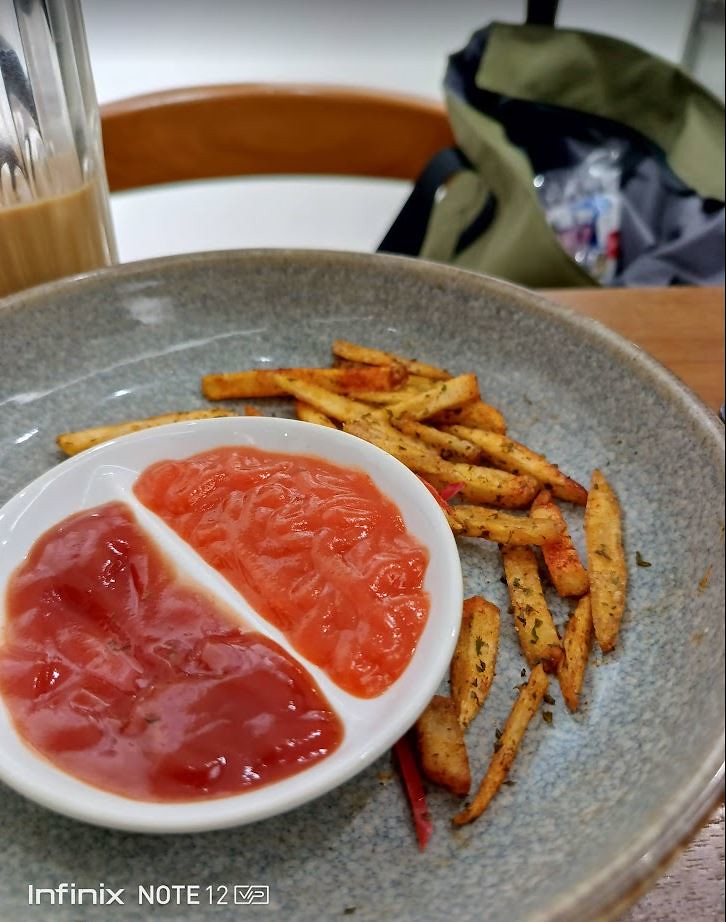 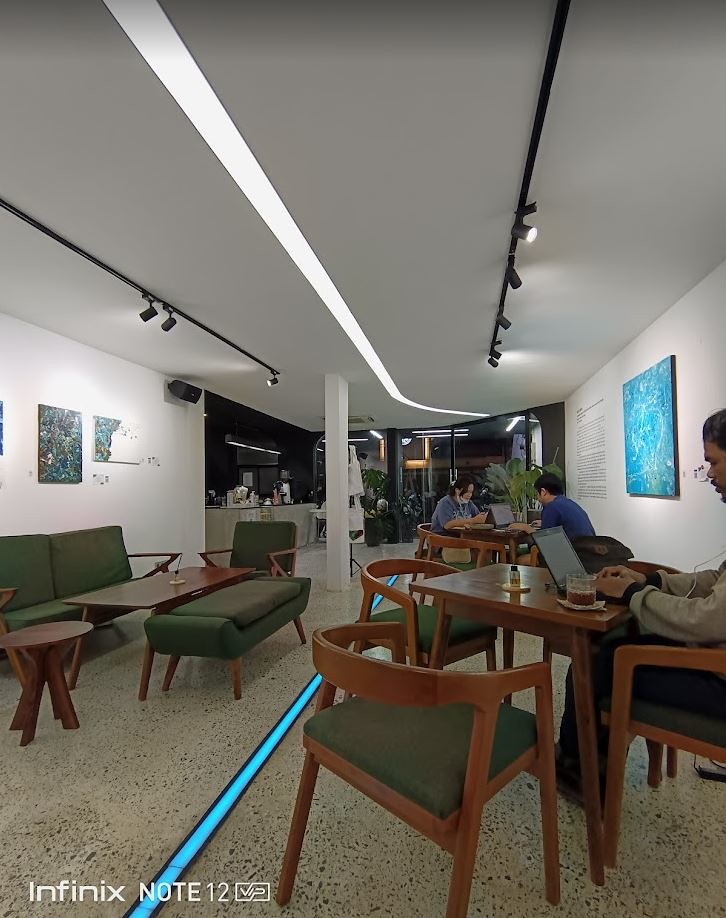 I already suspected that from the choice of chipset, video recording on this smartphone was not optimal. There is no option up to 4K resolution for the main camera. A maximum of only 2K 30fps, that too without EIS. The new stabilization can be active when recording video at 1080p 30fps. The 1080p 60fps option is not available at all.

There are quite a number of modes offered through the Infinix Note 12 VIP’s default camera application, but there are no features that can really be used to create interesting video content, except for bokeh videos. Night mode can only be used for the main sensor, it cannot be used on ultra-wide sensors.

The Infinix Note 12 VIP comes with the Android 12 operating system, running the XOS 10 interface. It still hasn’t changed much from the previous XOS series, aka it still feels a little “full” thanks to a lot of extra features. Like using ColorOS or early versions of MIUI.

Some of the default XOS apps will give you quite a lot of annoying notifications—thankfully, it’s easy to disable them. Some parts need adjustment, such as the shape of the brightness slider which is different from other Android OS.

Although it doesn’t support 5G yet, the connectivity options on the Infinix Note 12 VIP are quite complete. Starting from the NFC sensor to the 3.5mm audio jack can still be found. Also the stereo speaker setup which is certainly a plus, the more fitting to accompany the superior screen when watching videos or playing games.

It seems that Infinix has stocked a large number of units for the MediaTek Helio G96 chipset, so it is still used for the Infinix Note 12 VIP, although many other Infinix series have also used the same chip. The performance is okay, really, it’s just that it’s a little behind with the 12nm fabrication, which has an impact on power consumption.

Not yet supporting 5G, the chip is paired with 8GB of RAM which can be expanded up to 13GB via the virtual RAM feature—taken from its internal storage which is quite large at 256GB. If you are still not satisfied, the Infinix Note 12 VIP memory can still be increased via a microSD card with a special slot, aka non-hybrid.

How about the performance? It’s good enough, although not the fastest in its class. Sometimes applications need a few seconds of pause when multitasking. What’s a little annoying for me, the full screen gesture to close the screen from the bottom up occasionally fails or is a bit difficult compared to other smartphones, so it takes several swipes to succeed.

The temperature of the device is also quite maintained, proving that the cooling system based on 9 layers of graphite really works effectively. One of the benefits of using a mature chipset is that it is optimal for playing games, including some popular titles such as PUBG Mobile and Apex Legends.

This is the part that is one of the main selling points of the Infinix Note 12 VIP. Bringing 120W Hyper Charge technology, making this Infinix smartphone the cheapest with similar charging technology. On it, there is only the POCO F4 GT which is priced at USD $588. Alias ​​exceeds twice the price of this smartphone.

The Infinix Note 12 VIP’s battery capacity is 4,500 mAh, the equivalent of two separate batteries placed next to each other—so they can charge faster. No need to worry about overcharge and other damage, because there are a total of 103 special protections, ranging from devices, electric current to the charger adapter.

There are 18 temperature sensors to monitor the charging process, and it has also been certified by TUV Rheinland so that it has high standards. Infinix claims it only takes 17 minutes to charge the Infinix Note 12 VIP from zero to full. When I tried it, it was not far from the claim, which is 2-3 minutes longer, with special notes.

That is, you have to activate a special mode in the battery menu so that the charging process is the fastest. The body temperature will certainly get hotter, but it’s still at a reasonable level. Only need to wait a few dozen minutes until it can finally be fully charged. For everyday use, it’s still pretty good.

By activating the 120Hz mode, this smartphone can last at least until the night. Yes, not until the next day, considering the capacity is not too large, plus the chipset which is also classified as standard or not the most energy efficient.

Being a mid-range smartphone of IDR 4 million that tries to present a quite bombastic advantage, it is natural that the Infinix Note 12 VIP has shortcomings here and there. After all, some of these shortcomings are minor. It can still be “closed” with the many positive values ​​it brings.

Call it a screen that is superior, premium design, stereo speakers and small things such as vibration motors and quality body materials. Coupled with 120W Hyper Charge which really surpasses competitors in its class. Eligible to be a determining factor in buying for consumers.