First of all, let’s dig into the screen sectors of the Infinix Smart 6 Plus. Unlike its two siblings, Smart 6 and Smart 6 HD, Infinix packs the Smart 6 Plus screen with a wider diagonal size, which is 6.82 inches. Even so, the resolution offered is still the same, namely HD + alias 720 x 1640 pixels.

Apart from that, Infinix also still includes the “Sunlight Display” gimmick. Yes! The screen panel used is TFT and Infinix promises that when the smartphone screen is exposed to the sun, the information displayed can still be read clearly.

Coming with a TFT screen panel and entering the entry-level segment, of course Infinix does not provide this smartphone with an on-screen fingerprint scanner. You can find the biometric feature on the back of the device.

Smart 6 Plus has a body measuring 172.60 x 77.70 x 8.70 mm. Meanwhile, its weight is 202 grams. Yes! Looking at the dimensions it has, this smartphone does look big. Therefore, this smartphone feels less comfortable when put in a trouser pocket.

No need to worry if you force this smartphone to pocket in your pants pocket and rub against coins. Infinix has coated the Smart 6 Plus screen with an anti-scratch coating. In the sales package there is also a hard case to protect the back of this smartphone.

Like most smartphones in general, Infinix also equips the Smart 6 Plus with the power and volume buttons placed on the right side of the device. Meanwhile, on the left side, Infinix only places a slot to accommodate the SIM Card and microSD Card.

The upper side of this device looks plain. While at the bottom, Infinix still completes the Infinix Smart 6 Plus with a 3.5mm audio jack port. Right next to the 3.5mm audio jack port, there is a microphone hole, microUSB port and speaker grill which are all placed parallel.

Meanwhile, in the upper left corner, Infinix contains two cameras arranged vertically and looks so striking in a rectangular module. Not to forget, Infinix also slipped an additional dual-LED flash. Not far from the camera module, there is a fingerprint scanner sensor.

In the fight against diseases caused by various bacteria, Infinix also introduced Silver Ions (SI) Antibacterial Material which is present in the Smart 6 PLUS. This makes the material of the device more resilient and less susceptible to bacteria.

Coming as a smartphone that is placed into the entry-level segment for Rp. 1 million, of course we can’t expect much with the camera support offered. Yes! Infinix Smart 6 Plus arrives with support for two cameras on the back.

The main camera is an 8 MP sensor accompanied by an AI-based lens with a 0.3 MP sensor to produce bokeh photos. Infinix also completes rear camera support with dual-LED flash for photographing needs in low light conditions.

Now! For those of you who like selfies, Infinix Smart 6 Plus comes with a 5 MP front camera and is supported by an f/2.0 aperture. One thing that is quite interesting about the support for the front camera, Infinix has again inserted a dual-LED flash which is placed to the left and right of the front camera. 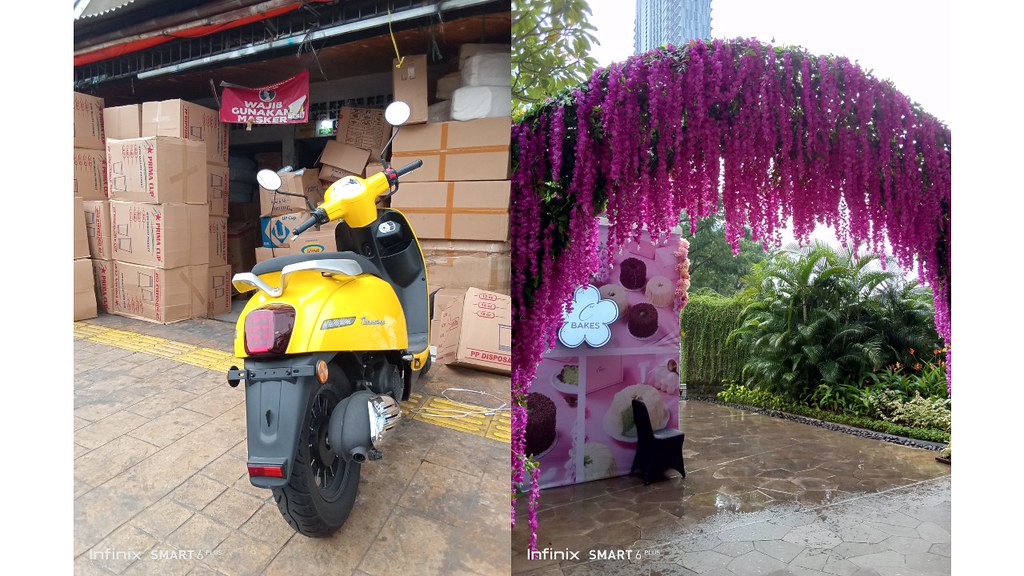 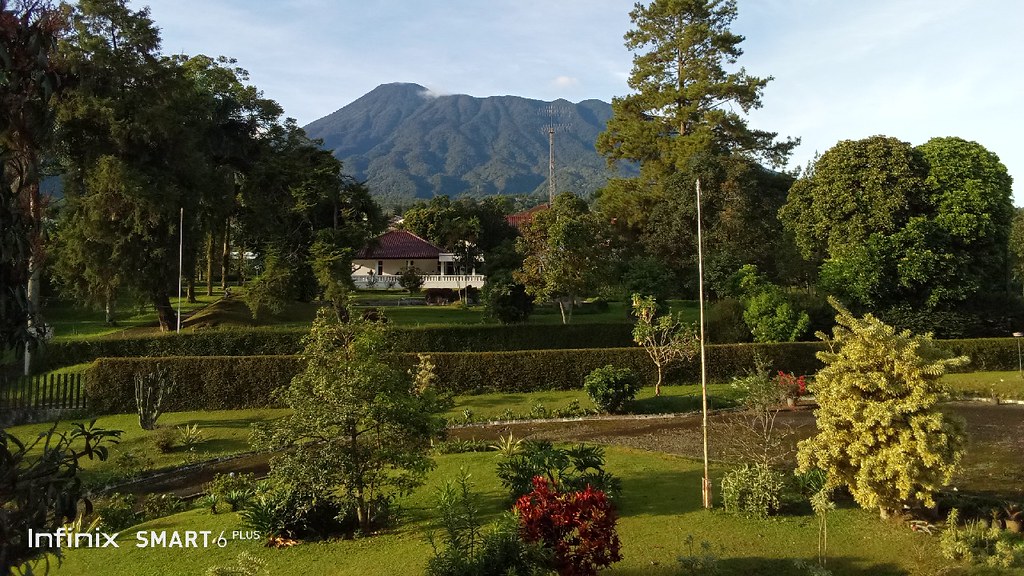 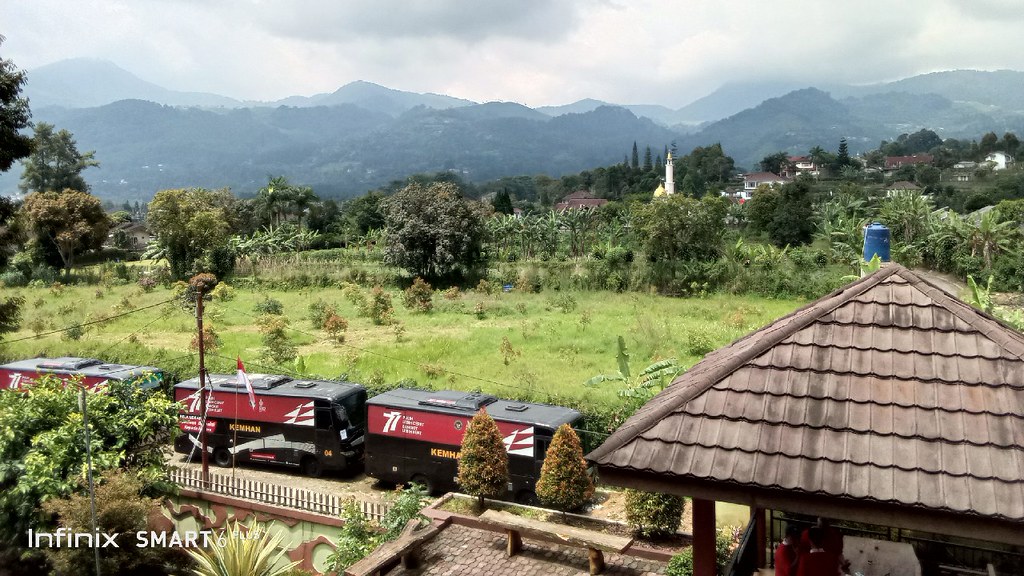 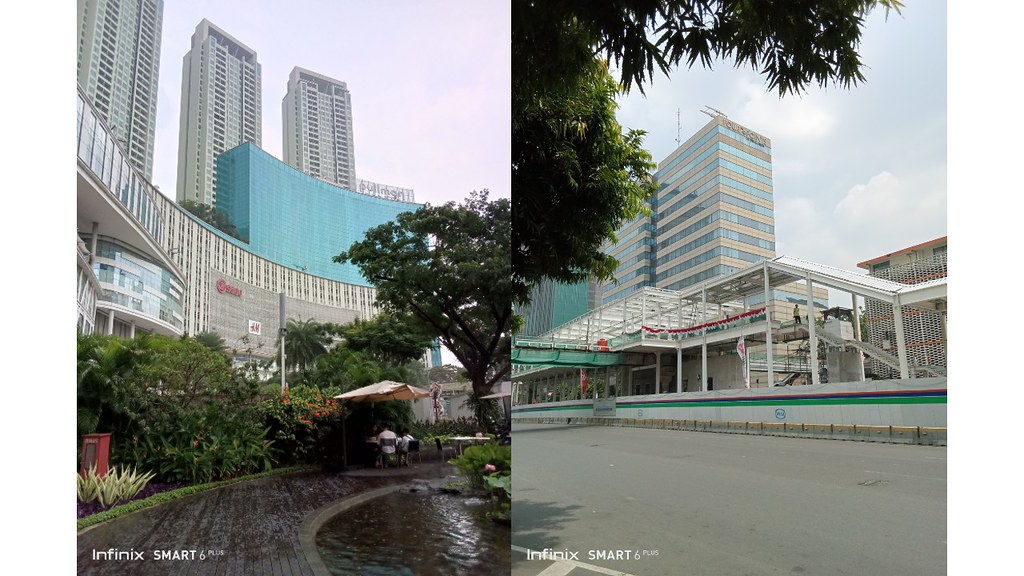 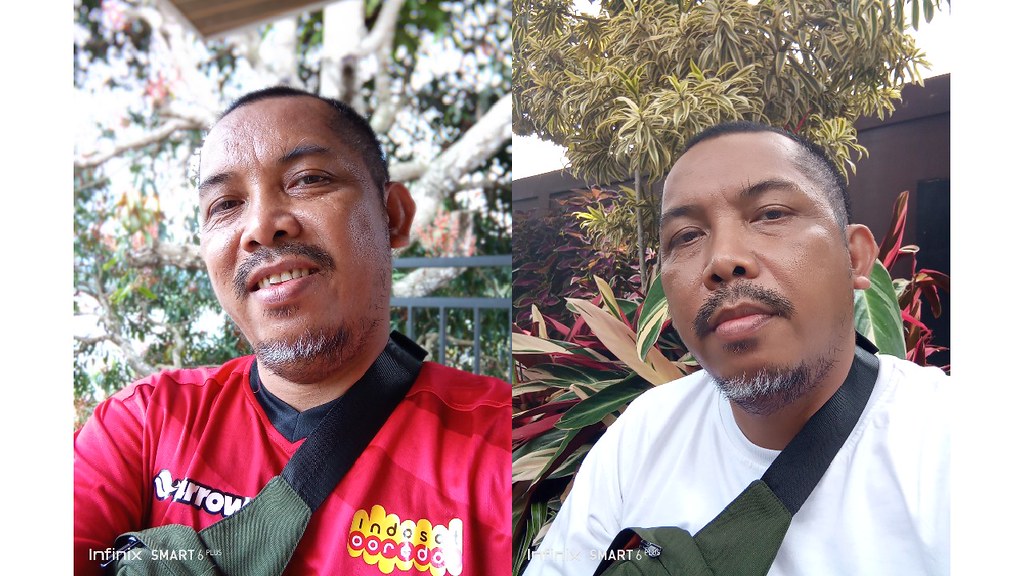 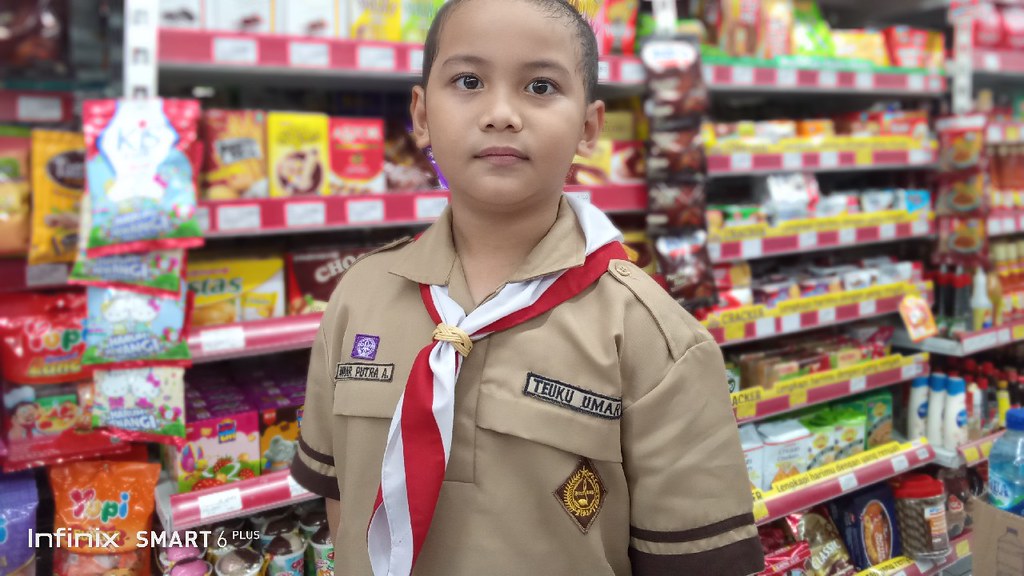 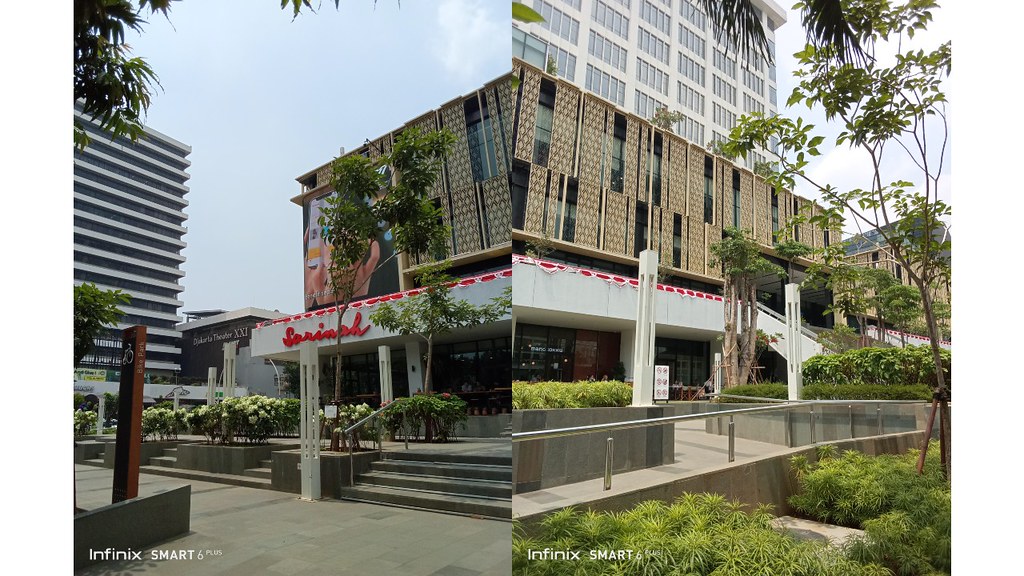 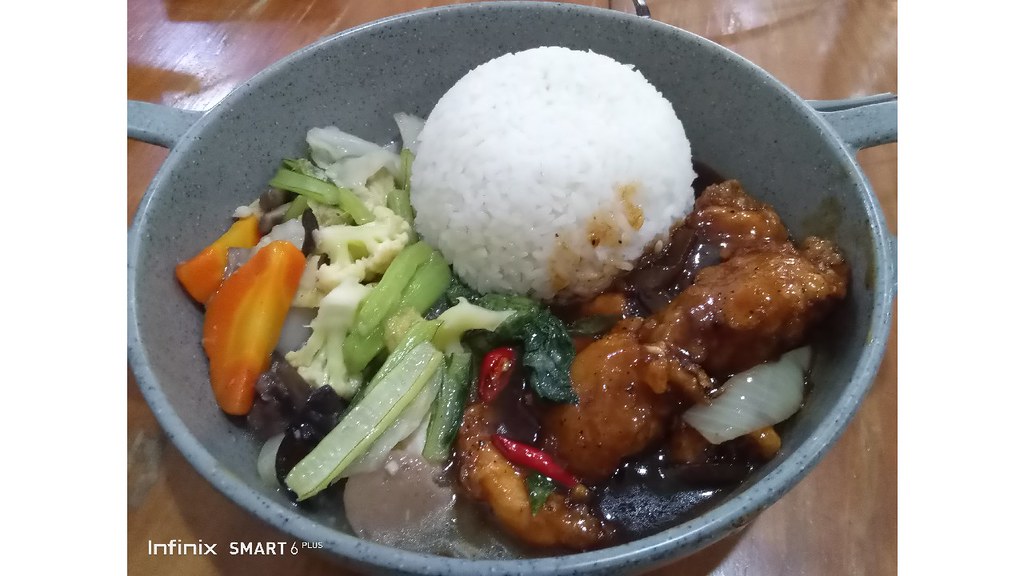 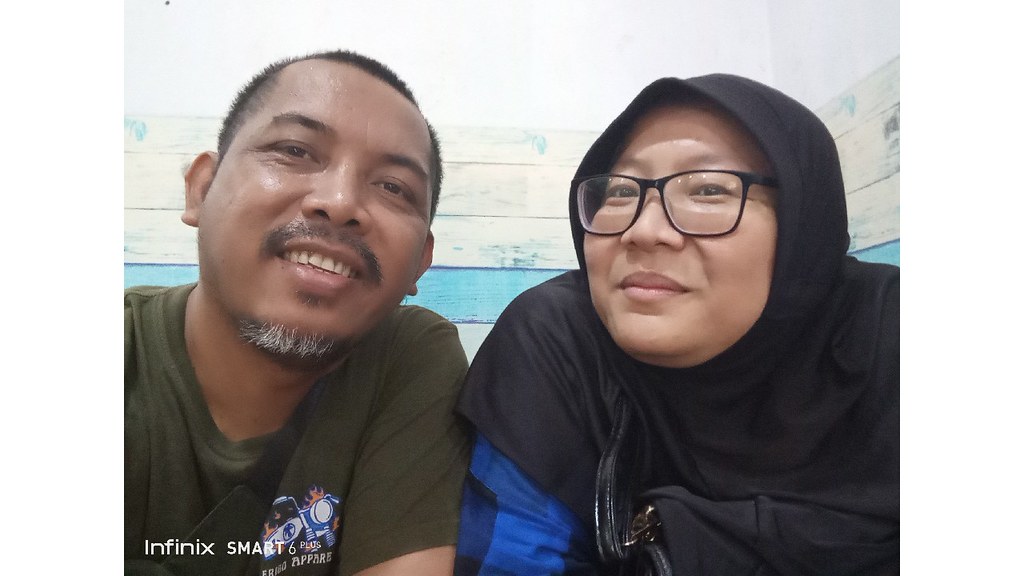 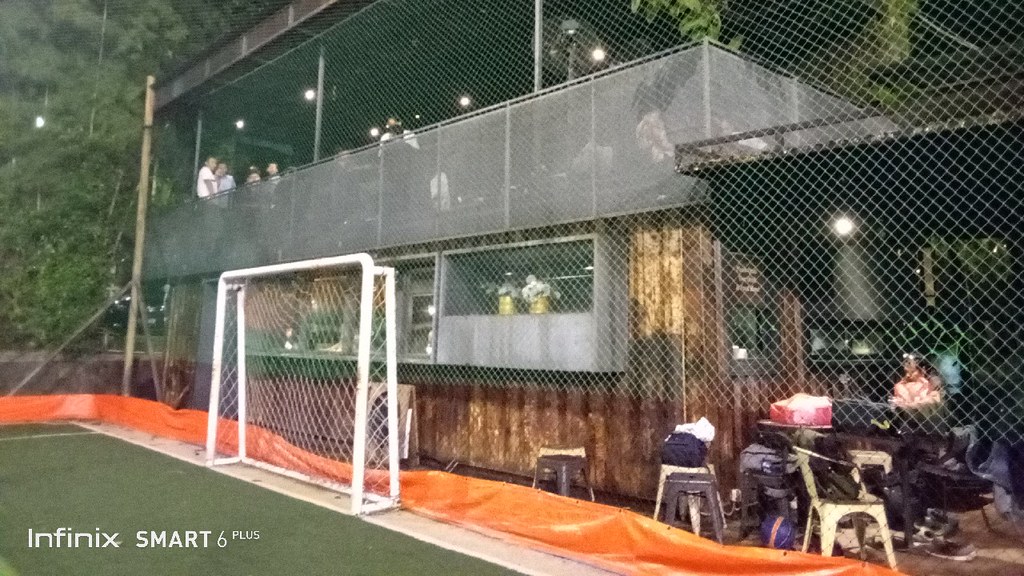 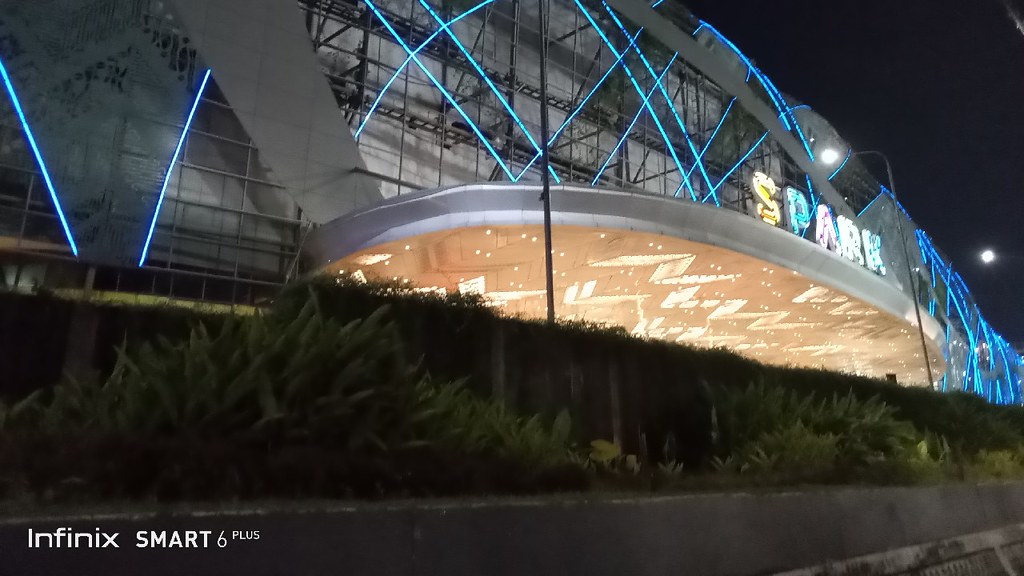 From the information excavated through the official Infinix website, they did not mention the specifications of the chipset embedded in the Infinix Smart 6 Plus. Infinix only writes that this smartphone is powered by a chipset with an Octa-core CPU built with 12 nm fabrication.

However, for those of you who are curious, Alomaki is trying to find out the chipset that Infinix has planted in this smartphone. Through the AIDA64 application, it was finally discovered that the Infinix Smart 6 Plus is powered by a MediaTek chipset, namely Helio G25 with a clock speed of 2.0 GHz.

The Helio G25 developed by MediaTek already has an Octa-core CPU with a configuration of 4 x ARM Cortex-A53 2.0 GHz & 4 x ARM Cortex-A53 1.5 GHz. Meanwhile, to boost the graphics, this chipset has been integrated with the PowerVR IMG GE8320 GPU.

The Helio G25 chipset embedded by Infinix in the Smart 6 Plus is also paired with 3GB of RAM and 64GB of internal storage. Interestingly, even though it comes as an entry-level smartphone, Infinix has armed the Smart 6 Plus with Extended RAM.

No kidding, Extended RAM support is offered for 3 GB. So, this smartphone can have up to 6 GB of RAM. By integrating RAM and ROM into the device, it opens up more memory for users to run more applications.

In addition, you also don’t need to be confused with the embedded internal storage support. Infinix also armed the Smart 6 Plus with a container to accommodate a microSD card (dedicated) if we want to expand its storage capacity.

Then, what about the power supply support? For this sector, those of you who are interested in Smart 6 Plus also don’t need to hesitate. This is because this entry-level smartphone has been equipped with a large capacity battery, namely 5000 mAh which is supported by Power Marathon technology for longer-lasting use.

Power Marathon technology offers three power saving strategies. When the battery power remains at 5%, activate Ultra Power Mode via the Power Marathon Technology settings. By activating this feature, Infinix claims to be able to provide additional battery life of up to 15 hours.

Infinix Smart 6 Plus arrives with XOS 10 based on Android 12 (Go Edition) which has a fresher visual interface. Apart from that, XOS 10 also comes with integrated icon display, colorful wallpapers and themes for an experience that feels so appealing.

Like most Android smartphones that are officially marketed, we will also find several applications made by Google in Infinix Smart 6 Plus, including the Play Store. However, Infinix also provides its own marketplace which they call the Palm Store.

Through the Palm Store, smartphone users can also install a number of popular applications that are commonly used, such as Facebook, Telegram, TikTok and several other applications. If you want to install games, you can also go through this Palm Store.

In addition, there are also applications that have managed to steal the attention of Alomaki and have been embedded by Infinix into this smartphone. The application is Beez. Yes! Through this application, you can mix interesting musical compositions starting from vocal input, lyrics, and editing.

Of course, Infinix also armed Infinix Smart 6 Plus with DTS Audio support. With this support, you will be spoiled for listening to music or other entertainment with clear sound and a pleasant experience.

In the entry-level smartphone market, Infinix is ​​keen to join in on the fun. Infinix Smart 6 Plus is one answer. This smartphone offers a wide screen and RAM support that can be “upgraded” through the Extended RAM feature.

Yes! Infinix Smart 6 Plus comes with a 6.82-inch IPS screen with HD+ resolution. Meanwhile, the RAM support is 3 GB. Because it offers a virtual increase in RAM allocated from ROM, this smartphone can have RAM up to 6 GB.

Those are the only two things that are the main attraction of Infinix Smart 6 Plus, even though this smartphone also has support for a 5000 mAh battery. For the camera sector, of course those of you who are interested in buying a Smart 6 Plus can’t expect much.

As described above, Infinix Smart 6 Plus comes with support for the main camera 8 MP + AI Lens on the back. On the front, there is a 5 MP camera sensor. This smartphone, which is powered by the MediaTek Helio G25 chipset, is priced at USD $86.99.