Following the success of Nokia 5.3 which was launched last year, HMD Global is now presenting its successor, the Nokia 5.4. There are several updates that it brings. From the camera sector to a fresher design. Is this smartphone able to show off in the USD $209 price segment? Check out the reviews as follows.

In the design sector the Nokia 5.4 looks quite beautiful and premium. This can be seen on the back panel of the body which adopts a Nordic theme. There are two body color choices, namely Polar Night, which is blue with black gradations and Dusk with purple-black gradations

The choice of color and design style is not on the market. It was quite successful in bringing fresh air to the mid-range smartphone segment at the price of USD $209. Unfortunately, the rear panel of the body is quite easy to get dirty with fingerprints. So, it must be cleaned diligently so that it always looks perfect.

Just like the Nokia 5.3 on the back of the body, you can find a rear camera with a round frame. Makes it different from most smartphones which generally use box frames. Right at the bottom of the camera module you can also find a fingerprint sensor.

To some people this might seem a bit old-fashioned. It is quite reasonable considering that currently, many 3 million class smartphones have adopted a fingerprint sensor that is embedded in the screen. However, when we tested it, the fingerprint sensor was responsive enough to unlock the screen and could be relied on as security.

Turning to the right side of the body there is a power button and a volume button. Meanwhile, on the left side you can find 3 slots consisting of two SIM card slots and a microSD slot. So, there’s no need to sacrifice one SIM card to install a microSD. At the bottom there is a USB-C port for recharging the battery and an audio jack hole.

In the screen sector, the Nokia 5.4 comes with an IPS screen panel measuring 6.39 inches. It is quite unfortunate that the display panel has not used the AMOLED panel which is trending in its price class. The screen resolution is also only HD + 720 x 1560 pixels. Not Full HD + like most other smartphones in its class.

However, fortunately the display panel is not too disappointing. The image display is still quite sharp with quite brilliant colors. Sufficient enough for various needs from playing games, browsing to enjoying video content.

One thing that looks different from Nokia 5.3, the screen panel looks more contemporary. The screen panel carries a punch hole style with a 16 megapixel front camera. Replaces the waterdrop-style bangs screen in Nokia 5.3. The screen has also been coated with curved 2.5D glass with a brightness level of 400 nits.

Carrying a 19.5: 9 screen aspect ratio makes it look slimmer even though it carries a large screen landscape. As a result, overall this smartphone fits very well and is comfortable in the hand. Its weight is also relatively light.

Nokia 5.4 still takes part in the Android One program. So, this smartphone will be very suitable for users who like Google’s minimalist, pure Android interface. You also won’t be presented with a lot of bloatware or default applications that are useless. All of them are purely Google’s built-in applications and features such as Dark Mode etc.

For the Nokia 5.4 operating system running the Android OS version 10.0. This smartphone is also confirmed to receive updates to Android 11 in the future, even for the next 2 years. This smartphone will also get 3 years of security updates. This is indeed one of the advantages of Android One. In addition, there is an NFC feature which is quite useful to support daily activities.

The main camera is a significant increase when compared to Nokia 5.3 which uses a 13 megapixel sensor. From the camera test, the Nokia 5.4 camera is quite reliable in adequate lighting conditions. The photos are sharp and detailed. The contrast and dynamic range are quite okay. The resulting color tends to be natural. Good enough without the color saturation too much. 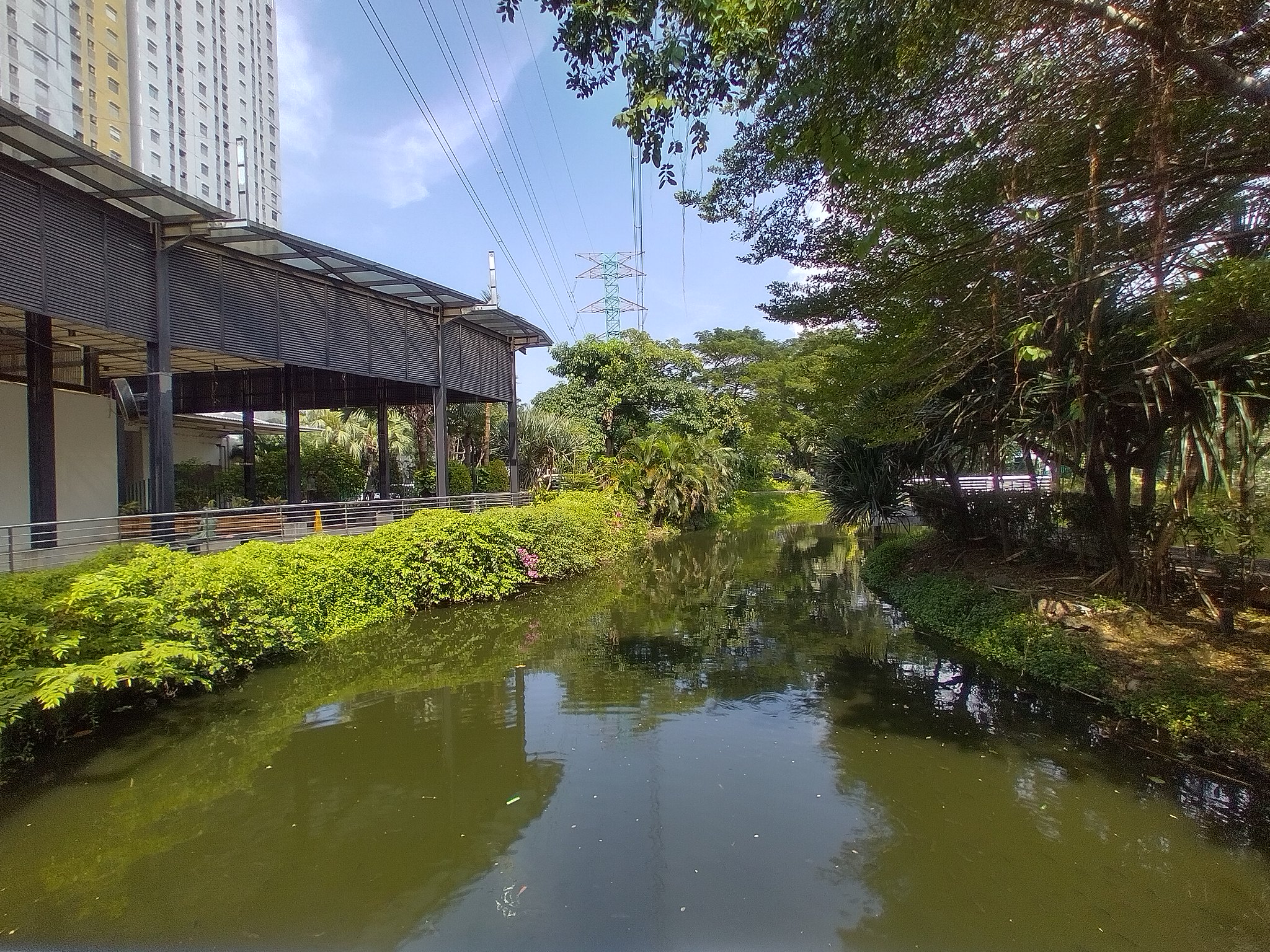 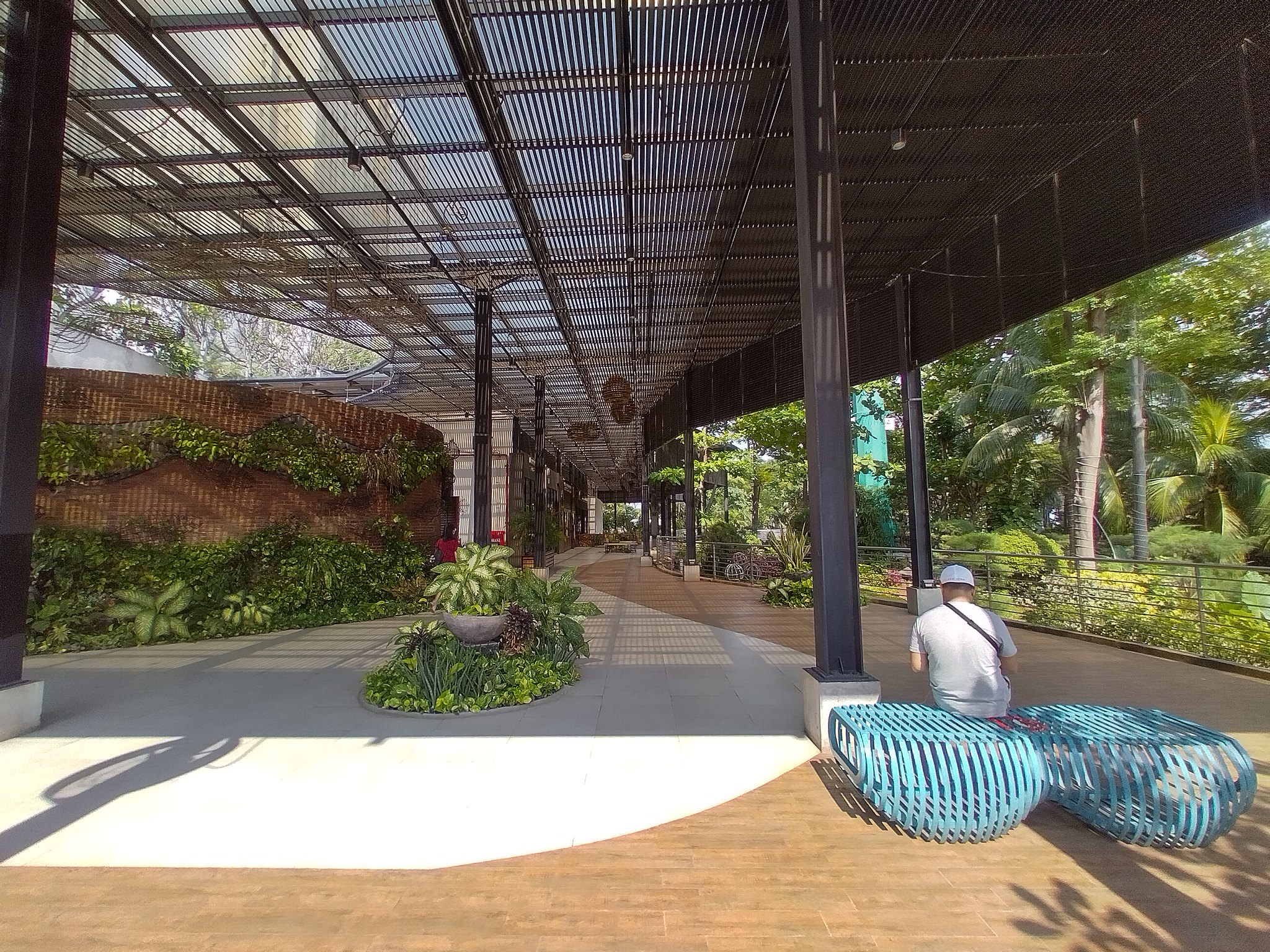 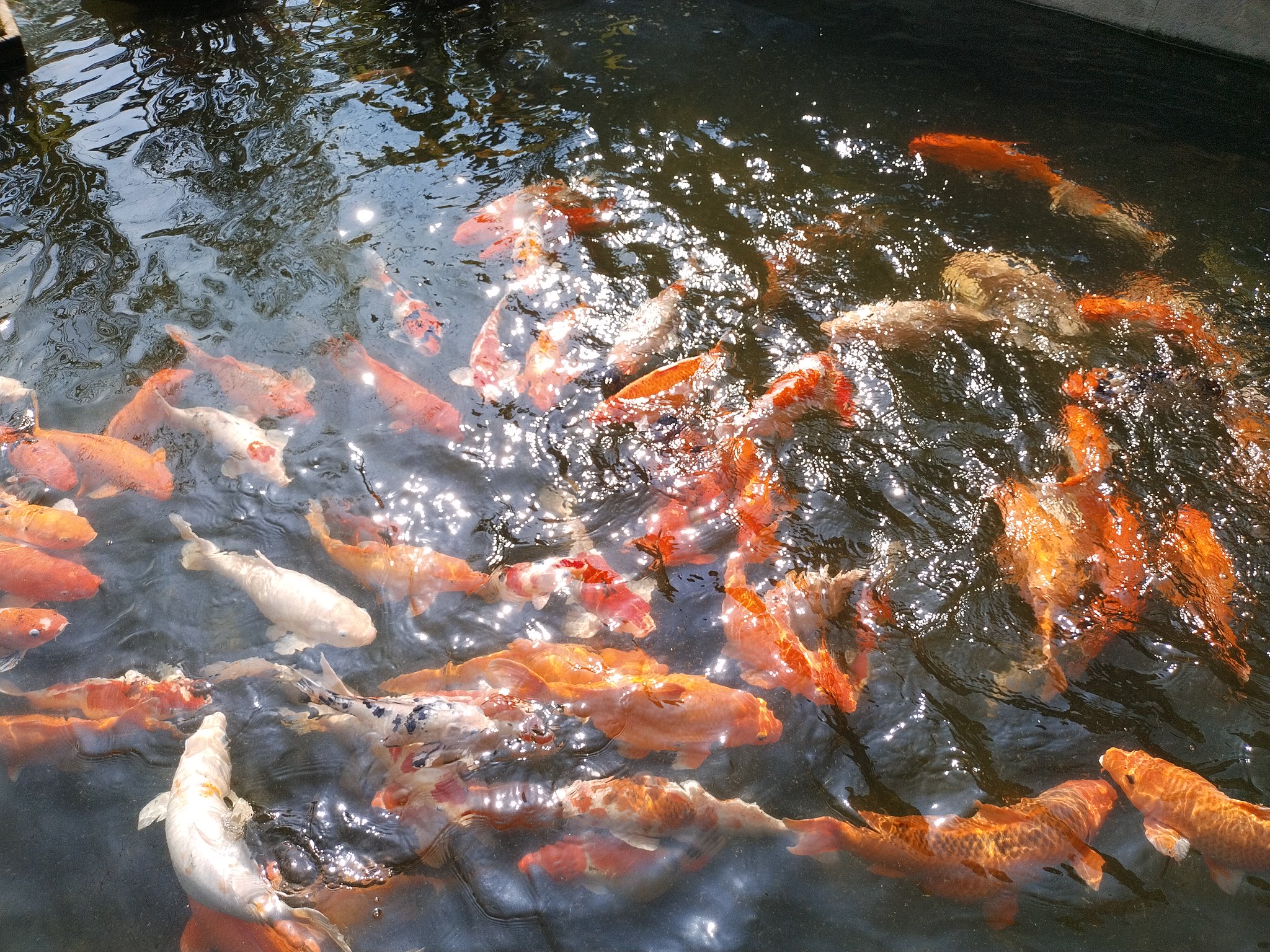 It’s just that the metering control is a bit inconsistent. In some photos we get excess bright areas. The wide angle camera and macro camera that it carries are also quite decent. Indeed, the results are not as good as the main camera. But, it can still be relied on to just hone creativity. 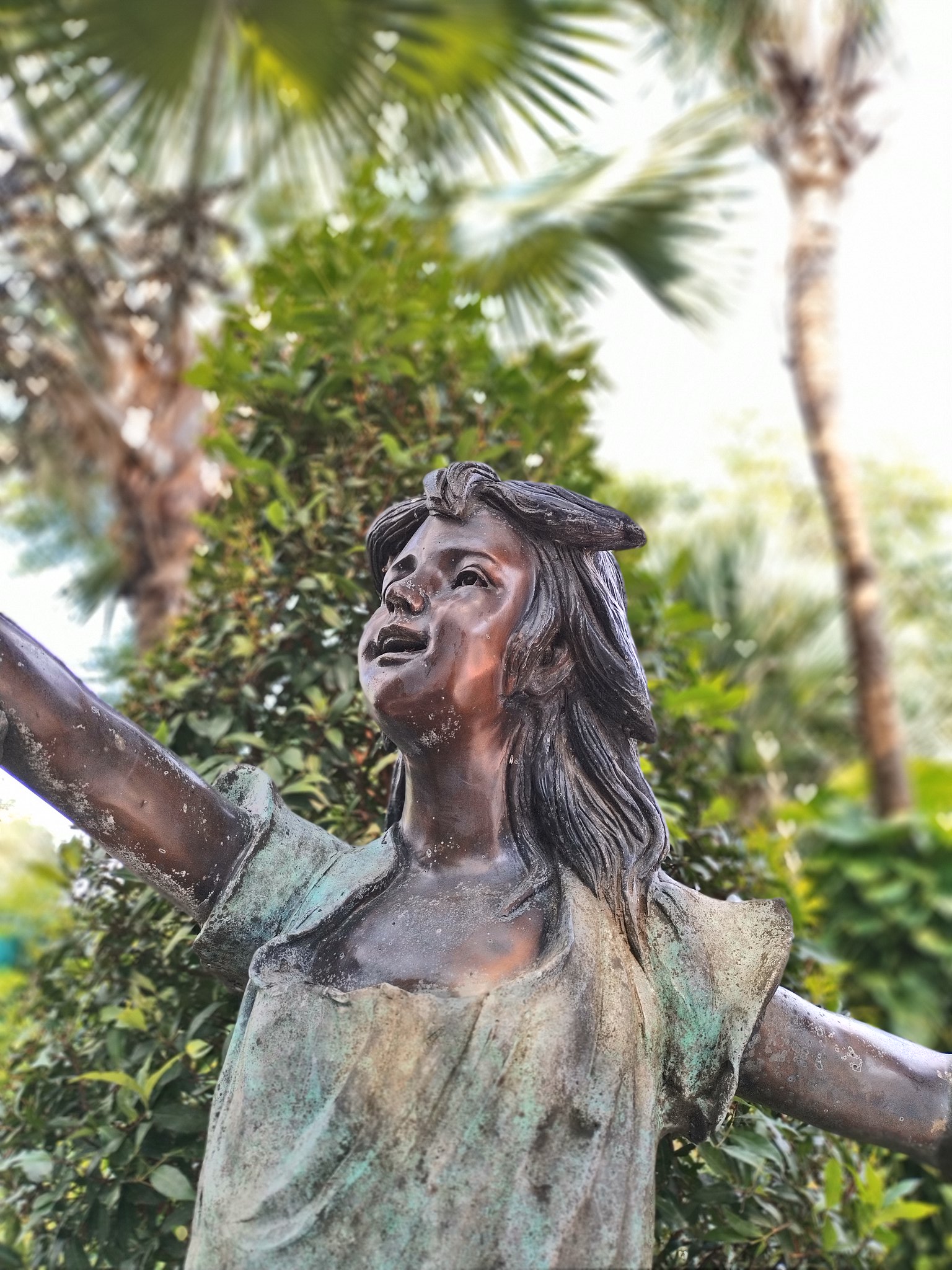 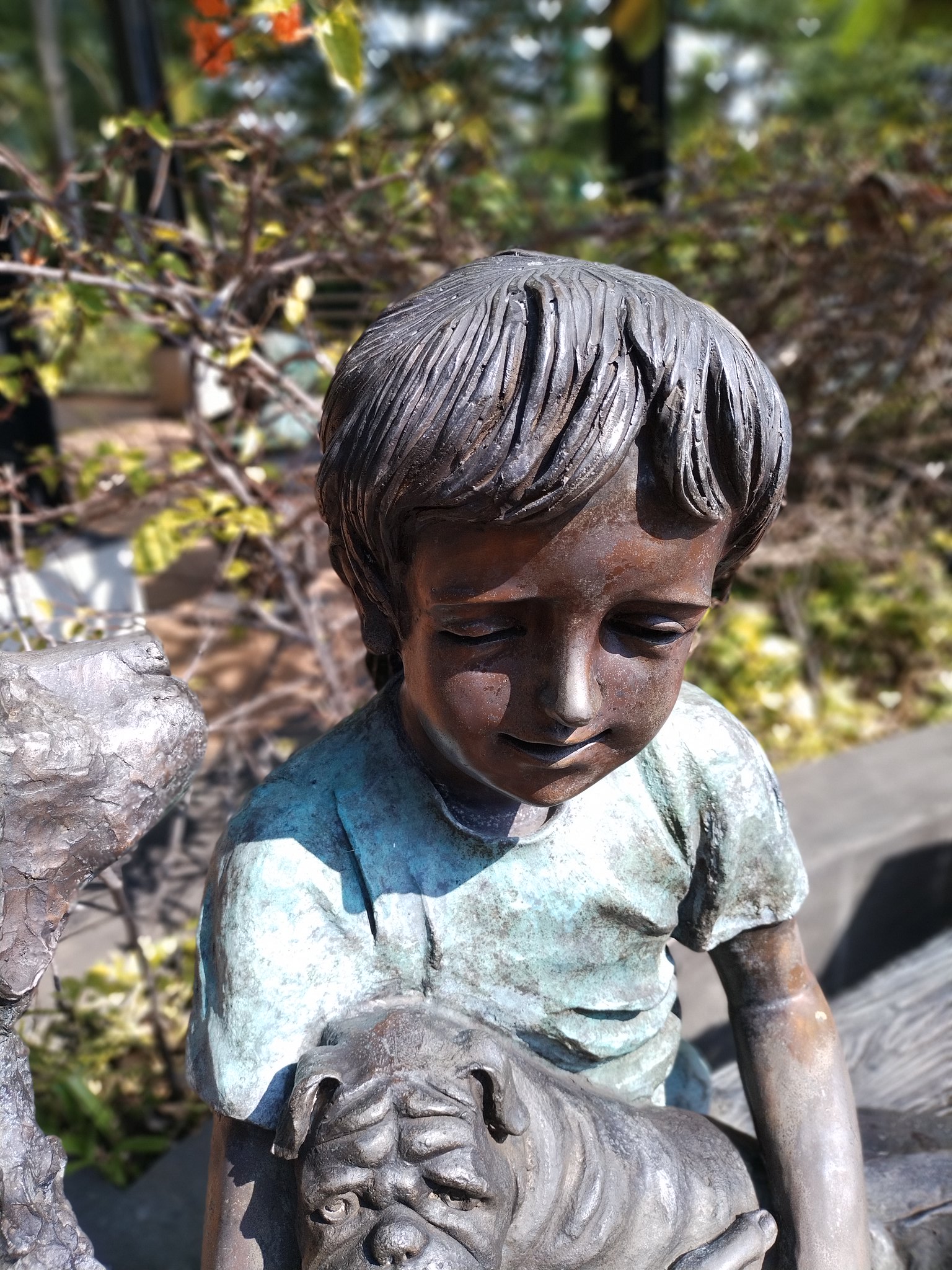 This camera also has portrait mode support. The results of photos in portrait mode with the front or rear camera are quite satisfying. The bokeh effect looks pretty neat behind the subject. Meanwhile, for shooting in dim conditions, this smartphone is equipped with a Night mode.

One interesting feature of the camera is the presence of a Cinema mode. In this mode it is possible to take videos with 21: 9 cinematic format complete with H-Log Format support.

Then what about the performance? This smartphone is powered by the Qualcomm Snapdragon 662 chipset with 6GB of RAM. 64 GB internal memory. It is relatively small for the size of an Android smartphone at this time considering that in its price class, 128 GB of internal memory has begun to be used. Fortunately, there is still a microSD slot to expand the storage space which can support microSD up to 512GB capacity.

For middle-class smartphones, the specifications are indeed quite standard. It is sufficient and still reliable for everyday use, from browsing, chatting, to playing games. The overall performance feels very fast. When playing the game it feels quite smooth. Several game titles such as Call of Duty and PUBG Mobile can be played smoothly even though they don’t use the most optimal graphics settings. The benchmark results are as follows.

Nokia 5.4 carries a battery with a capacity of 4000 mAh. Not too big, but enough to accompany our activities for almost 1.5 days for moderate usage such as chat, playing games, watching Youtube and listening to music. The durability of the battery is quite satisfying.

For recharging, this smartphone supports recharging with a charging capability of 10W. To charge the battery from fully discharged to full 100% it took almost 3 hours. If only it was supported by faster fast charging capabilities it would be an added value.

In the range of 3 million Nokia 5.4 will indeed compete with other smartphone manufacturers that carry a more complete array of features or with more powerful performance. It should be admitted that the Nokia 5.4 features are not the best in its class. However, with Android One which promises to support Android updates for the next 2 years and security system updates for the next 3 years, it is clear that this smartphone is the most superior in its price class. If you are not concerned with features and only need a smartphone with a long battery life and support for future Android software updates, Nokia 5.4 is a must.

Nokia 5.4 is suitable for

:
Pure Android OS fans with limited funds : With a selling price of USD $209 you can enjoy the experience of using the pure Android operating system like that offered by the more expensive Google Pixel line.

Users who need NFC : NFC is now very useful to support daily activities. For example, it can be made easier to check and refill e-Money balances.

Users who are often mobile : With the long-lasting battery, you don’t have to bother carrying a power bank when traveling. However, you still have to be patient with charging the battery, which is a bit long.