From the past years until now, HMD Global, as the brand that brought Nokia smartphones, doesn’t feel confident about bringing its premium class to consumers in the country. This time, several entry-class series have been launched, including the Nokia C21 Plus.

From the outside, you could say that the design characteristics of the previous series, such as the Nokia G20 & Nokia 5.4 , are not visible. The camera specifications are also standard—normal for the price. What makes the Nokia C21 Plus look “Nokia”, yes, only from the logo on the front and back.

The question: of all the affordable smartphones that are increasingly competitive with each other, what are the factors that make the Nokia C21 Plus the best choice? For that, we discuss one by one the parts of this smartphone, as a consideration for you before deciding to buy.

Entering the first segment of this review, we will discuss the part that at least you can still be proud of from this latest Nokia smartphone. In appearance, the design of the Nokia C21 Plus looks quite attractive. In terms of materials, of course you don’t use glass and so on, but at least it feels sturdy, aka sturdy in your hand—just like Nokia smartphones in general.

The dimensions are quite large, having a thickness of 8.6mm, with a weight of around 180 grams. For some people, the Nokia C21 Plus will be more comfortable to hold in two hands. Even though it is made of polycarbonate, the rear body does not feel hollow, has a striped pattern that makes it non-slip and does not leave fingerprints.

On the back, there is the Nokia C21 Plus camera module which is designed quite attractively, a fingerprint sensor, and a speaker hole – yes, it’s a bit of a shame, because the volume can be restrained even though there is a slight protrusion above so it isn’t completely closed. In our opinion, the Dark Cyan color is the most attractive color option, the color will appear at a certain tilt angle and lighting.

How about the durability? One time the unit we reviewed was accidentally dropped from a height of 1.5 meters. As a result, only a few dents on the two corners of the rear body are not too visible, and the color of the dents is still the same. Meanwhile, the front glass is completely safe even though there is no description of any protection and without a screen protector.

If you really want a good body, You can use the soft case in the Nokia C21 Plus sales package. But that way, the body feels bigger. Oh yes, as additional info, this smartphone has IP52 certification, aka dust and splash resistance.

Turning to the front, the Nokia C21 Plus screen is quite large at 6.5 inches. Of course, the bezel is still quite thick, especially at the bottom where the Nokia logo is pinned. However, there are slight curves on all four sides which make it comfortable to run full-screen gestures. At the top, there is a waterdrop notch which is still quite small.

The panel used on the Nokia C21 Plus is of the IPS type with HD+ resolution and a refresh rate of 60Hz. Visually, the colors are slightly paler, and the contrast changes slightly when viewed from a certain angle. Even for outdoor use it is a bit difficult, aka the screen is not the brightest in the Rp. 1.5 million smartphone class.

The touch response is also not good for those of you who are looking for a smartphone to play FPS games, transitions such as from the front screen display to the menu are also not smooth. For streaming needs, unfortunately it can’t be in HD resolution. Yes, the only plus is the dimensions. And the durability that we have proven (accidentally).

HMD Global has embedded a total of three cameras on the Nokia C21 Plus, two on the back and one on the front. For the rear camera, there is a 13MP f/2.2 main sensor and a depth sensor to produce portrait effects. The quality can be said to be smooth, with neutral colors and it might look a little pale, especially compared to other smartphones in its class. There is no night mode, professional mode or watermark yet.

That way, the Nokia C21 Plus camera cannot be relied upon to take photos in low light conditions. While on the front, there is a 5MP sensor with standard viewing angles, just right for video calls from various current platforms.

You can access complete photos from the Nokia C21 Plus camera in the following album. 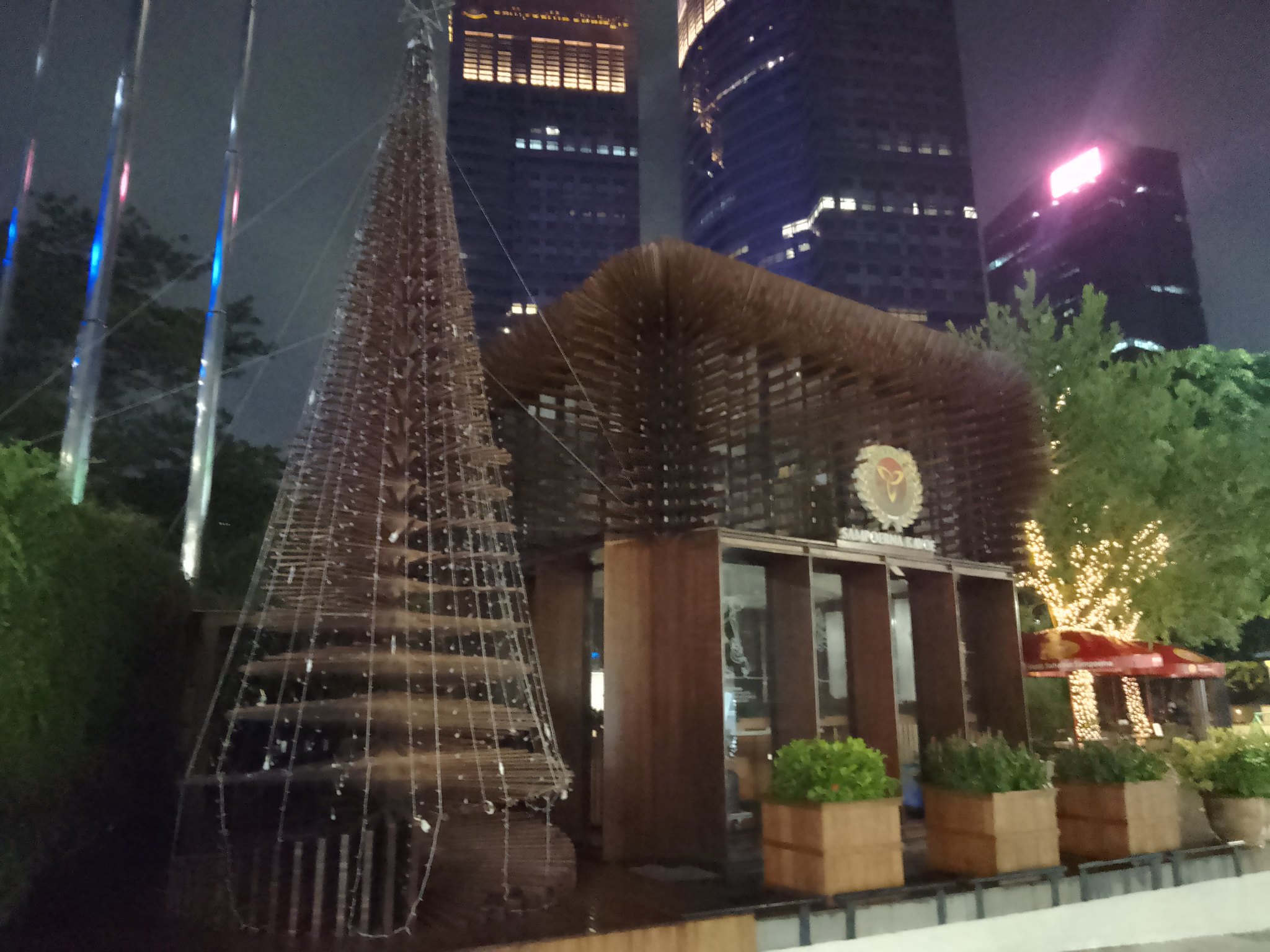 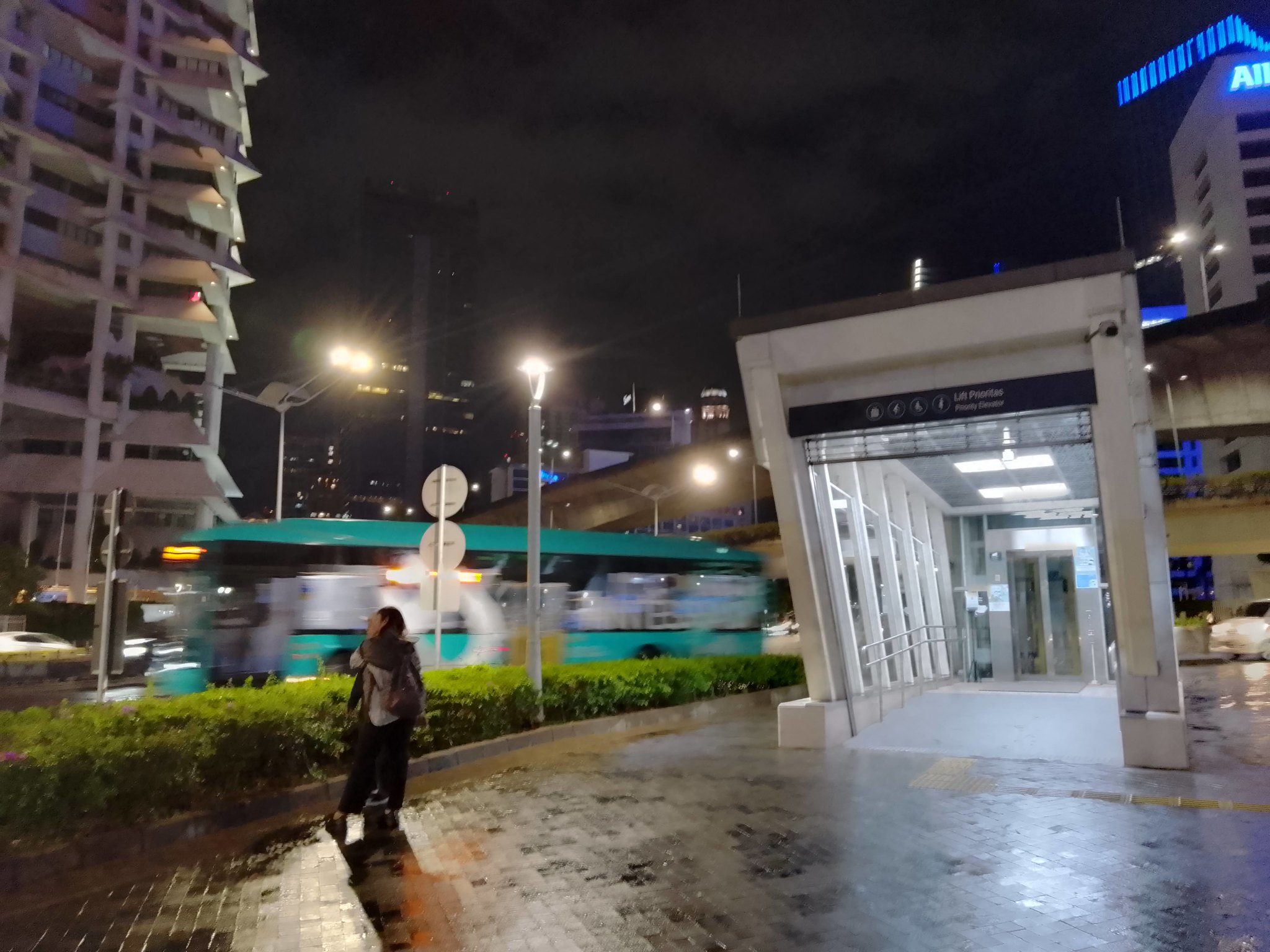 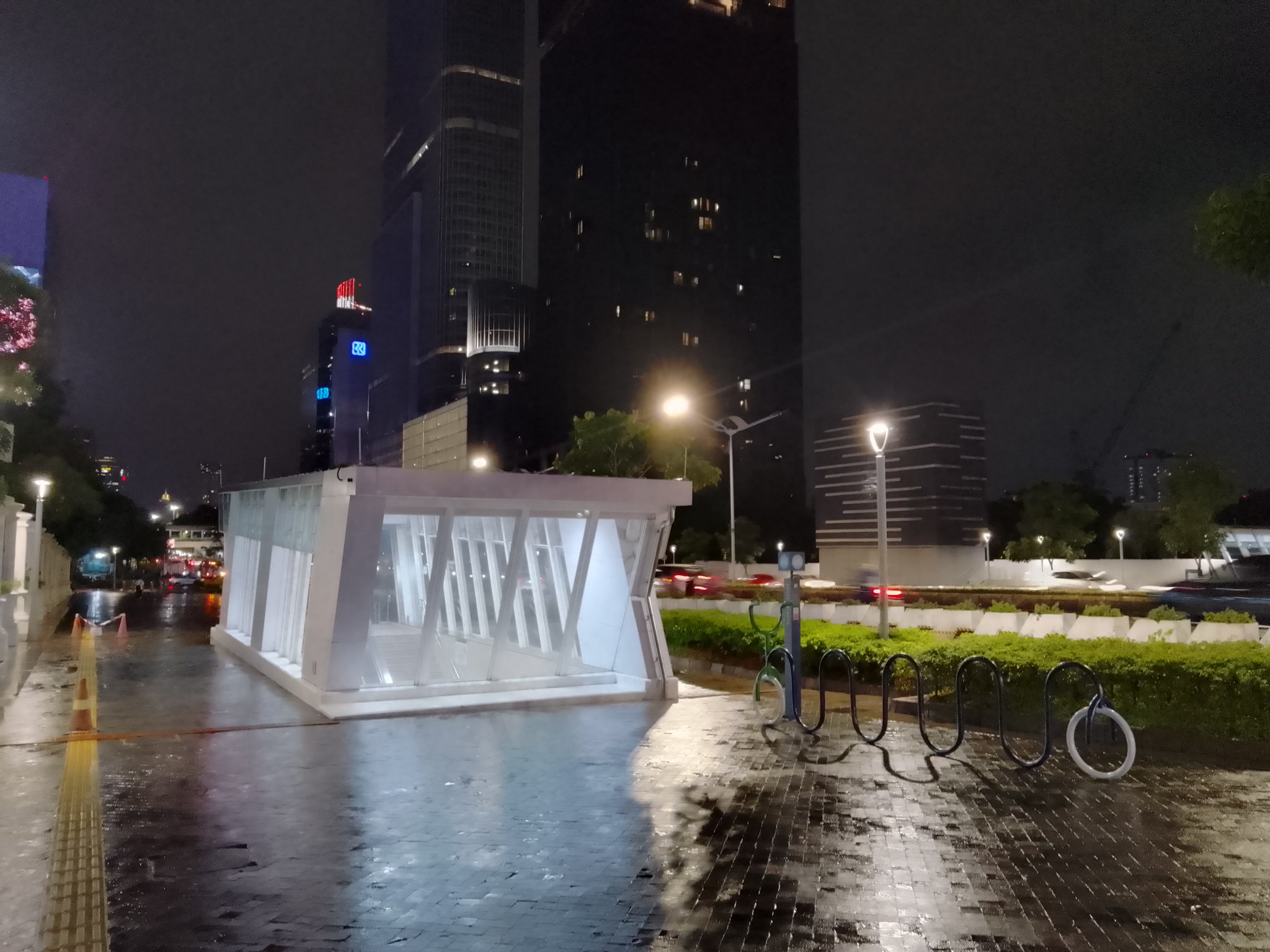 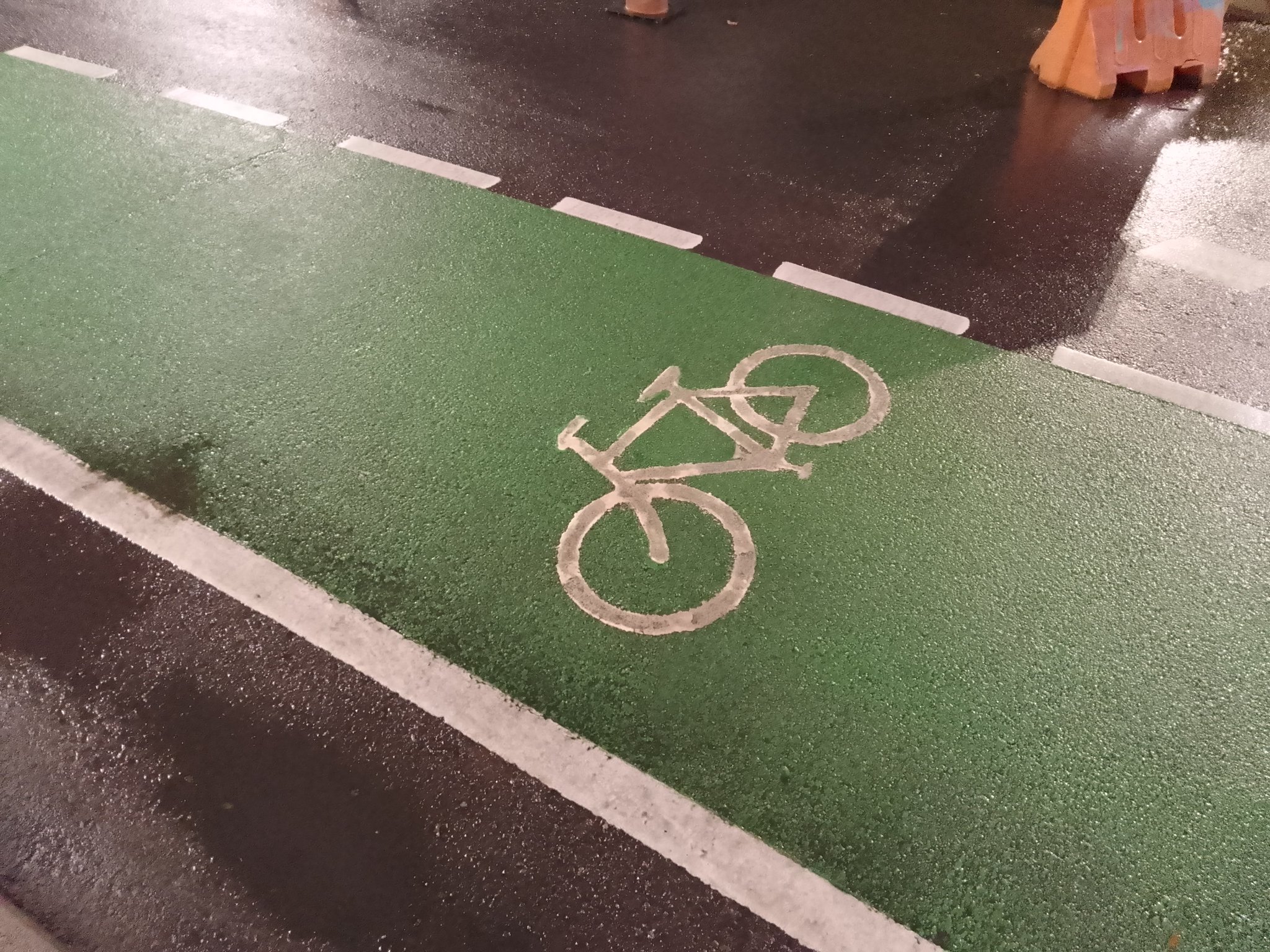 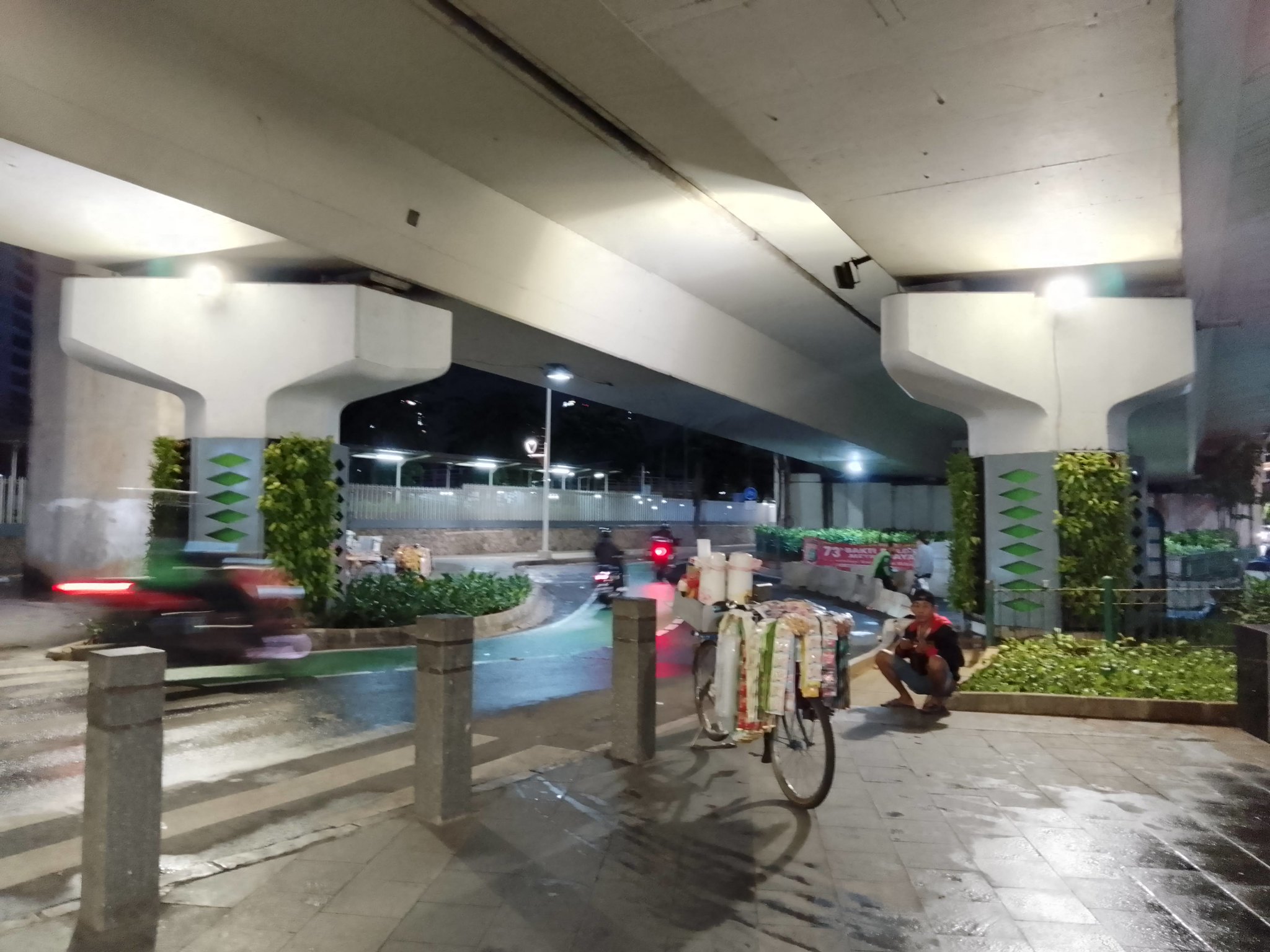 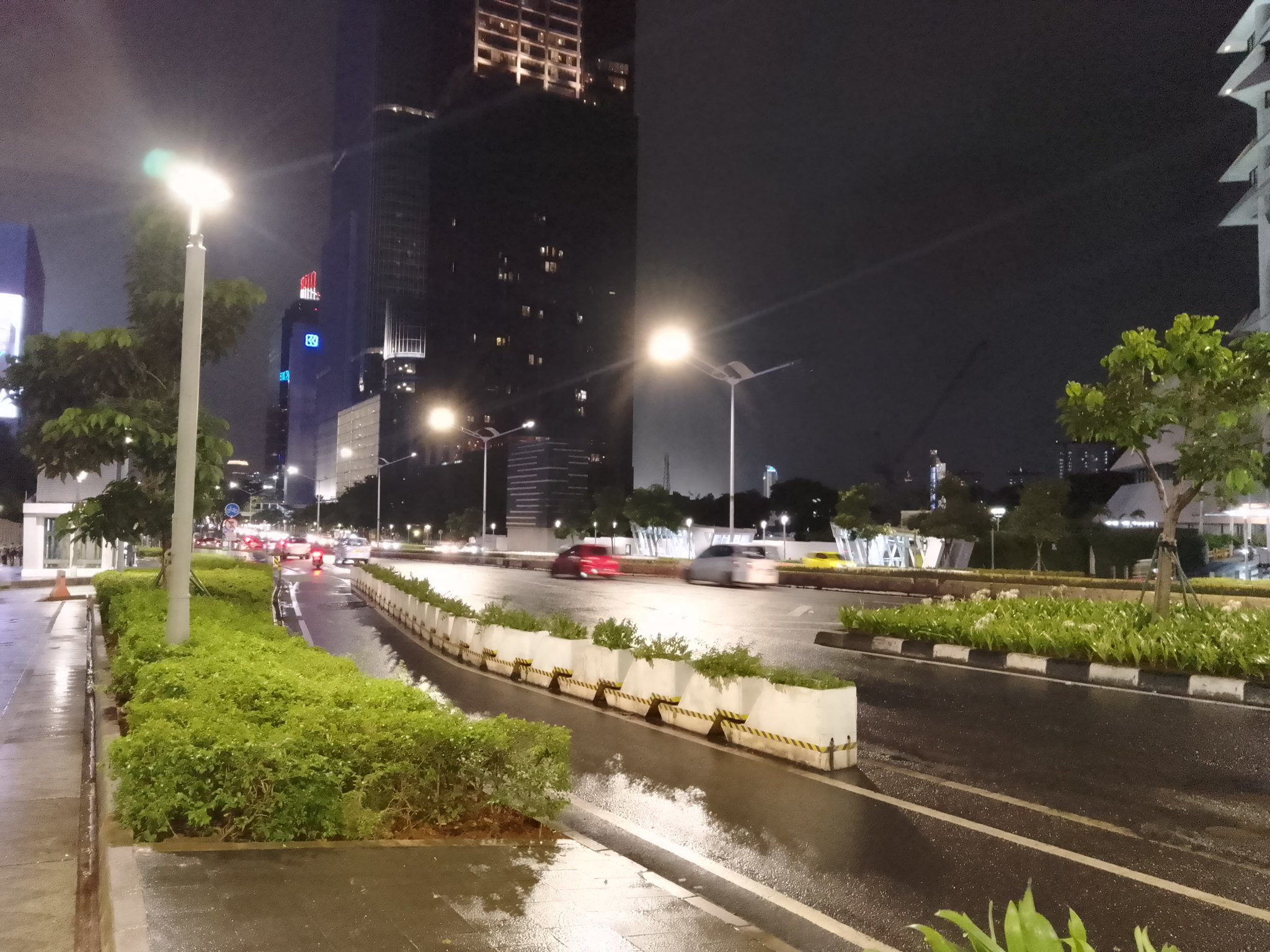 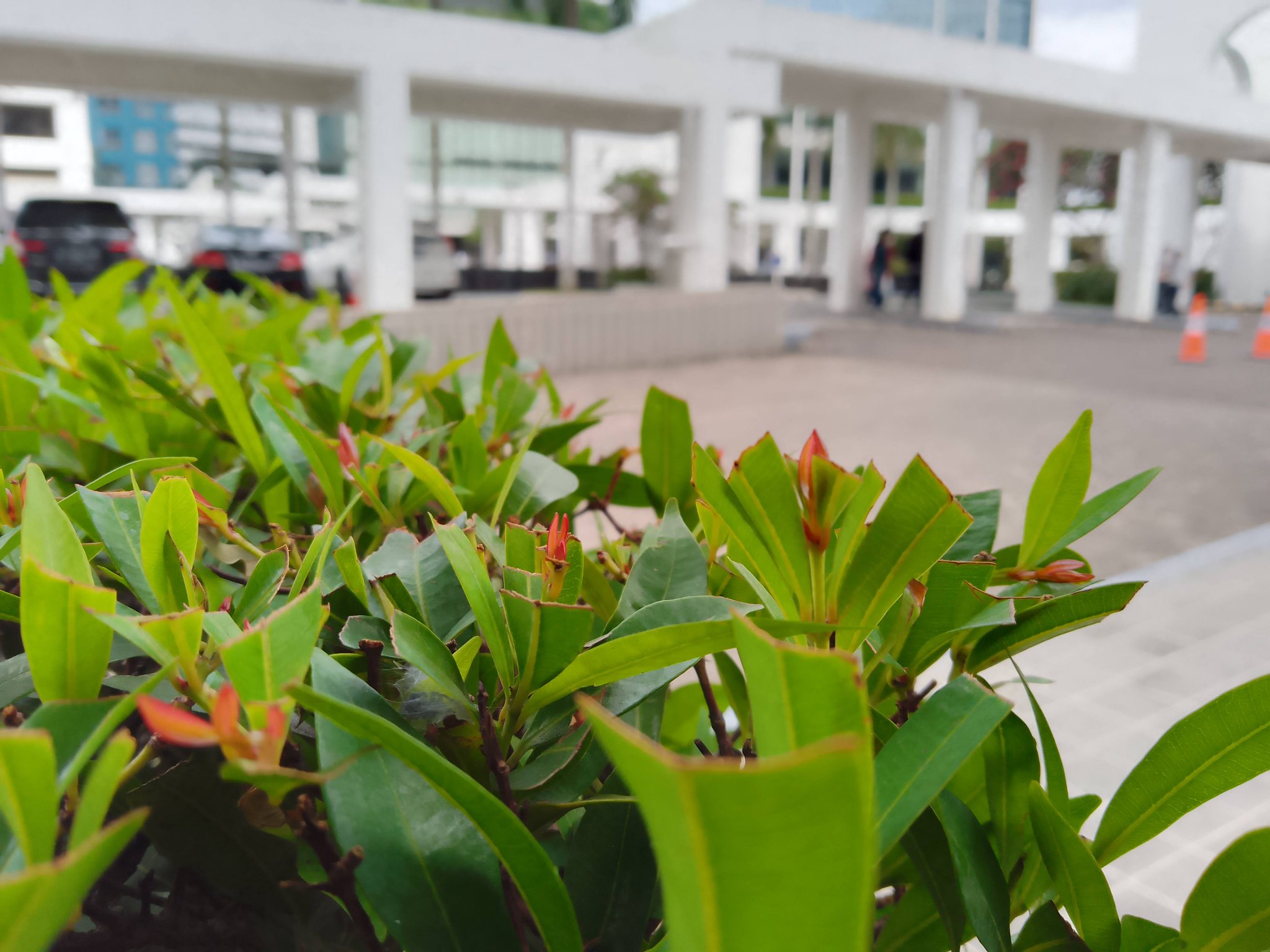 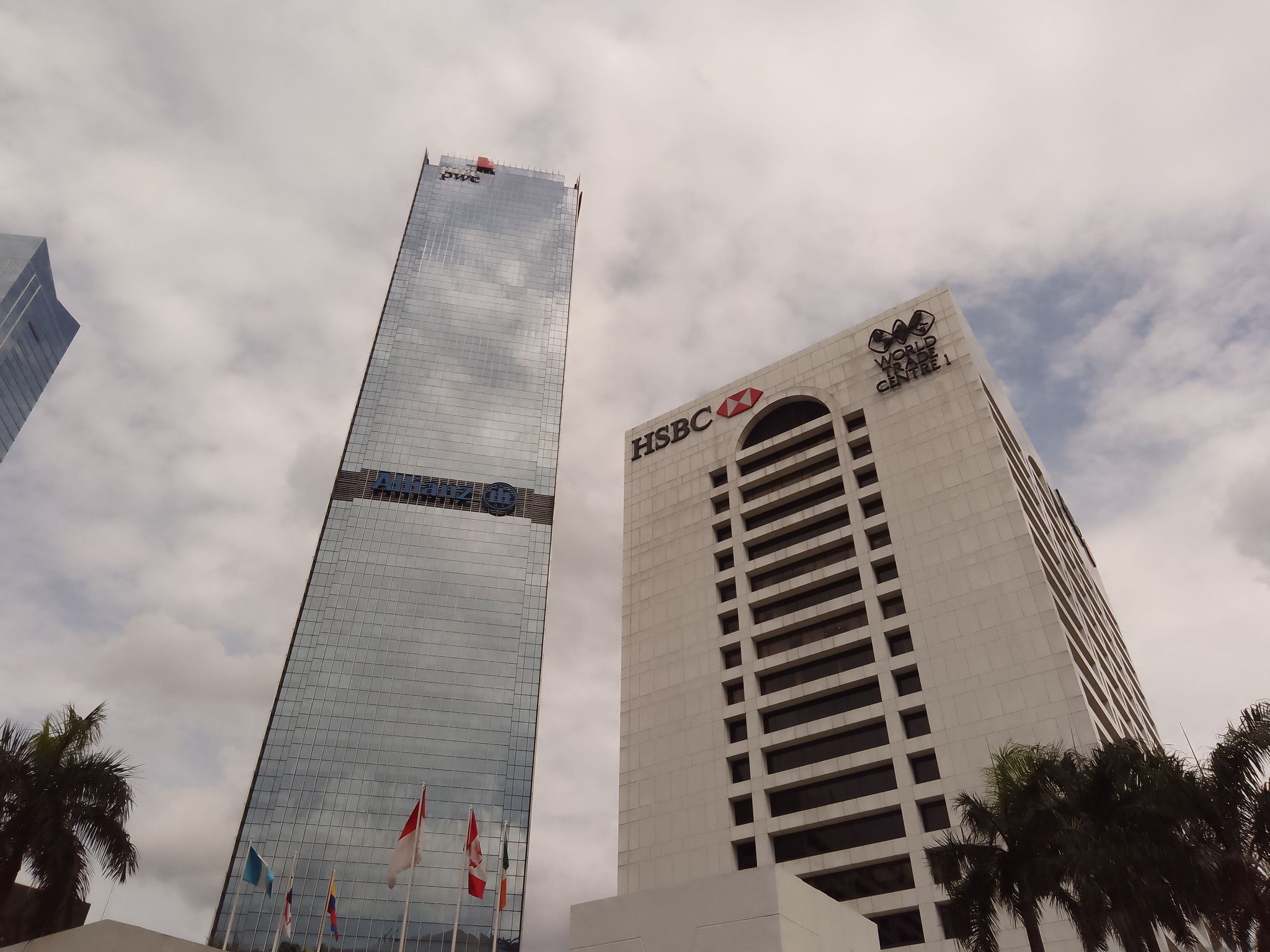 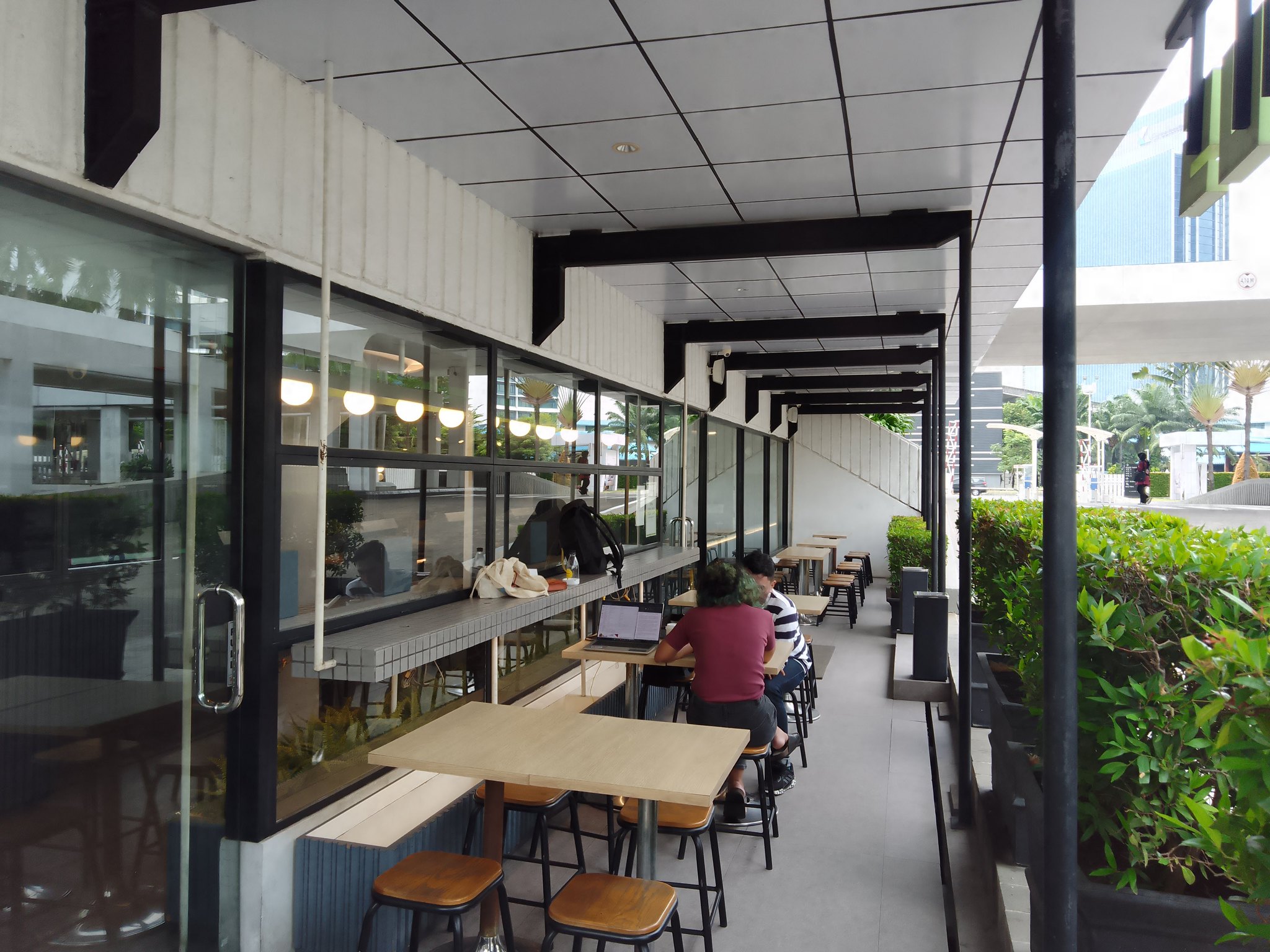 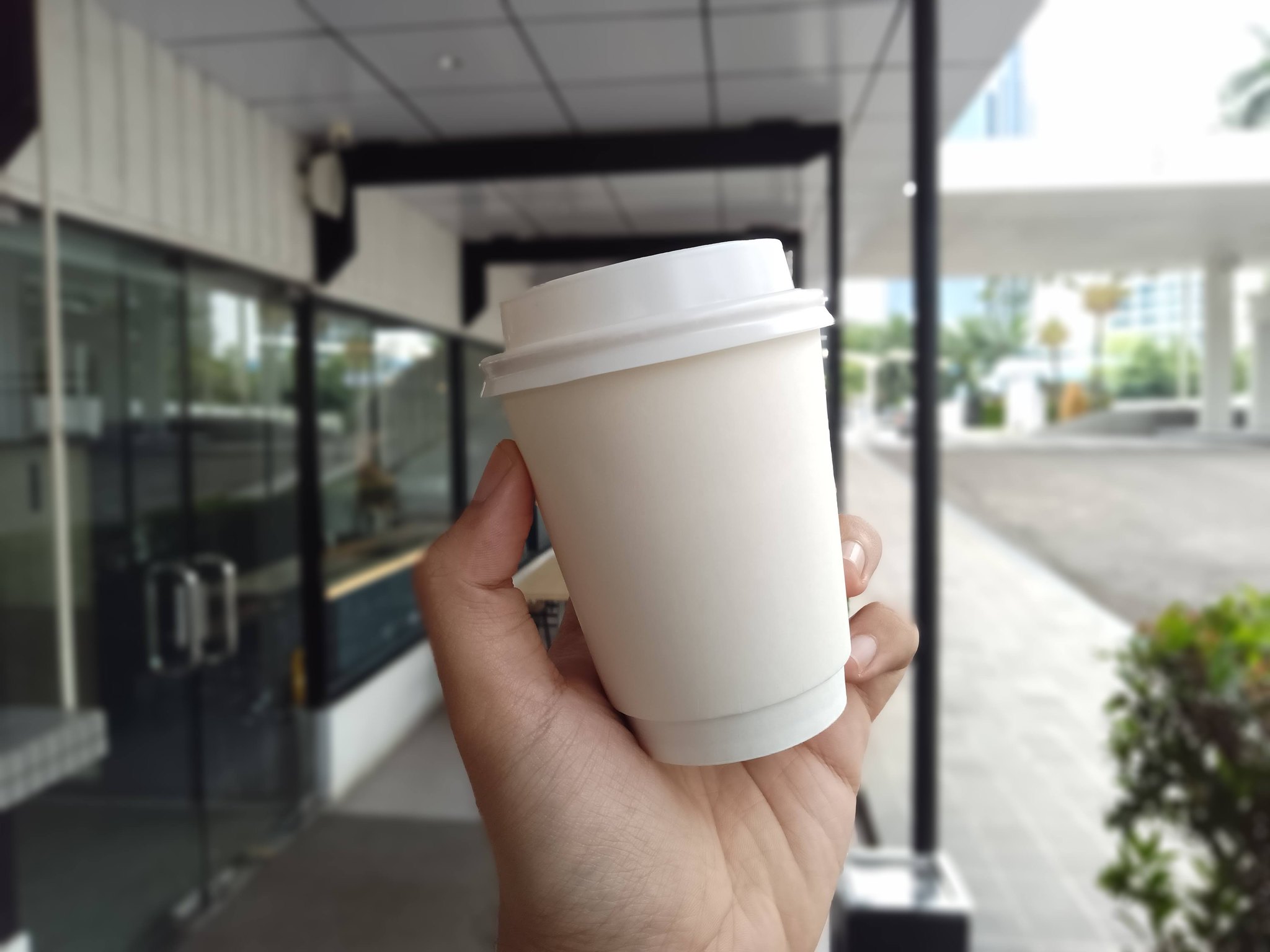 Just like other million-dollar smartphones, the Nokia C21 Plus video recording is still limited to 1080p 30fps resolution for the rear camera, and 720p 30fps on the front side. The result, the same as the image quality, aka smooth. Coupled with the absence of EIS stabilization so that the footage will look vibrating. Because there is only one microphone, it’s best not to cover the lower body when recording is in progress.

One of the differences offered by HMD Global when it first released a Nokia smartphone was a bloatware-free operating system, as well as a long update guarantee. What about the Nokia C21 Plus? Unfortunately until recently, it was still running Android 11 (Go edition). As for the series, only promised regular security updates.

So there is no information whether later it will upgrade to Android 12 or Android 13. The interface is indeed very simple, similar to the Google Pixel, with a fairly minimal amount of bloatware. That way, it doesn’t take up a lot of built-in storage space. This smartphone is of course still equipped with a 3.5mm audio jack, unfortunately it is located on the top side.

And as previously mentioned, the Nokia C21 Plus is supported by a fingerprint sensor, not necessarily found on competitor smartphones. Located on the back of the body, this can be a special attraction, strengthening HMD’s focus on presenting a smartphone that focuses on providing more security. Although, unfortunately, the version of Android that is running is not the latest.

This part is the part we care about the most. The reason is, to support the performance of the Nokia C21 Plus, the exact same chipset is used as the Nokia C3 released two years ago, namely Unisoc SC9863A which still uses 28nm fabrication. When other Rp. 1.5 million smartphones have started using more modern chips, or the Unisoc Tiger series.

The chip is paired with 3GB of RAM and 32GB of internal storage. Because it’s running Android Go edition, it can help make browsing menus and apps smoother. Of course, you will often find situations where there is a delay of a few seconds when switching applications, or requires reloading. Although not so many applications that run.

When it comes to playing games, it’s best if it’s a really casual game title. Considering that the graphics performance is not superior, and the screen response is not the best. Overall, the Nokia C21 Plus is only suitable for running applications that are really essential. And it will require a little extra patience when using it.

If in several foreign countries it comes with a 5050 mAh battery, the Nokia C21 Plus variant comes with a smaller battery capacity of 4000 mAh. Considering that the hardware specifications are relatively simple, it’s still safe to use all day, even up to two days of use. Not wasteful, but also not very economical.

The small capacity of the Nokia C21 Plus battery “helps” to speed up the charging process. Because it still doesn’t support fast charging, so it takes more than two hours. The port used is still micro-USB, and indeed there are still many who don’t use USB-C in its price class.

Maybe you can conclude for themselves that as a whole, the offers brought by HMD Global through the Nokia C21 Plus are still not enough to bite. Considering that in the same price segment, there are lots of offers from other vendors who are also starting to offer more ferocious specifications. With a design that is no less attractive.

What can be superior, at most, is security features such as a fingerprint sensor, a design that has proven to be tough, and an operating system that doesn’t have a lot of bloatware (although it’s not the newest one). Or other little things like a complete sales package with a soft case and even wired earphones. For the rest, the Nokia C21 Plus just has an okay value compared to its competitors.