In addition to the 4G version, OPPO Indonesia also presents a duo of other Reno6 Series members that already support 5G networks. Yes, especially if it’s not OPPO Reno6 5G and Reno6 Pro 5G. The name I mentioned first will be the focus of discussion in this review article.

For me, the OPPO Reno6 5G is not just an ordinary 5G phone. I should give a thumbs up to OPPO for being able to mix up a device that is so tempting in various sectors. Curious as to what my experience was while using Reno6 5G? Come on , just take a look at the full review!

Charming design and comfortable to grip

At first glance you might think the design of the Reno6 5G is the same as the Reno6 4G version. The DNA is definitely the same. The resemblance will be immediately visible on the rear camera frame. Even so, the actual sensation offered by this 5G model is slightly different.

OPPO calls the Reno6 5G design with the name Retro Ultra-Slim. The middle frame is ‘flat-edge’, not curved like its sibling. At first I thought this flattened edge would interfere with the comfort when holding the Reno6 5G. But it turns out, what I feel is just the opposite.

Supported by slim and light dimensions (weight 182 grams, thickness 7.59mm), I think the OPPO Reno6 5G is one of the most comfortable phones under 10 million rupiah to hold today. Don’t mean to exaggerate, but this phone is fun to operate with one hand. Moreover, the default softcase is also of good quality, so the grip becomes even better.

Regarding aesthetics, the Aurora variant looks charming when exposed to light thanks to the touch of Reno Glow which later became the hallmark of the Reno series. The color gradation is beautiful. In addition, the Reno Glow finishing also makes the back of the body not easily dirty by finger marks.

Please note that OPPO Reno6 5G does not have a 3.5mm audio jack port. You must use a USB-C to 3.5mm converter if you want to listen to music with a wired headset. Or if you want to be more practical, use TWS. There is also no microSD slot. Yes, it’s a shame there is no option to increase storage capacity via a memory card. As for the fingerprint sensor, its position is hidden behind the screen.

The Reno6 5G is equipped with a 6.4-inch Full HD+ AMOLED display with a 90Hz refresh rate. A fairly standard offer for a mid-high class phone for almost 8 million rupiah. The touch sampling rate is up to 180Hz, which means you can expect high responsiveness especially when playing games.

Overall the Reno6 5G screen is satisfactory for everyday use, including entertainment such as watching HD movies on Netflix. The sharpness is good, the transitions are smooth, and the colors displayed also look vibrant and refreshing with coverage reaching 93.28 percent DCI-P3 (according to the OPPO website).

What I also like, there is a 360-degree Light-Sensing feature with sensors on the front and back. This feature is used to detect the surrounding light conditions, then it will automatically adjust the screen brightness level more accurately. There is also a Video Color Enhancer to improve the image quality of the content being watched.

A little discussing the audio sector, although the Reno6 5G’s internal speakers are able to produce clear and pleasant sound, unfortunately they are still mono. It would be much more interesting if OPPO embed stereo speakers like in most of today’s phones.

The ideal camera for a variety of shooting conditions

The OPPO Reno6 5G is armed with a 64 MP F/1.7 main camera accompanied by an 8 MP f/2.2 wide-angle camera and a 2 MP f/2.4 macro camera. Yes, there are only three cameras on the back. Usually OPPO adds a portrait camera or depth sensor. But in Reno6 5G is not available.

Actually I have no particular complaint on the photos produced through the Reno6 5G main camera. Good, but I don’t think there’s a significant improvement over the 4G version. However, the price difference between the two is quite large.

In conditions of abundant light, the captured detail is high and the color reproduction tends to be bright with slightly raised saturation and a wide dynamic range. In my opinion, photos from the main camera can be directly displayed on social media without the need for further editing. 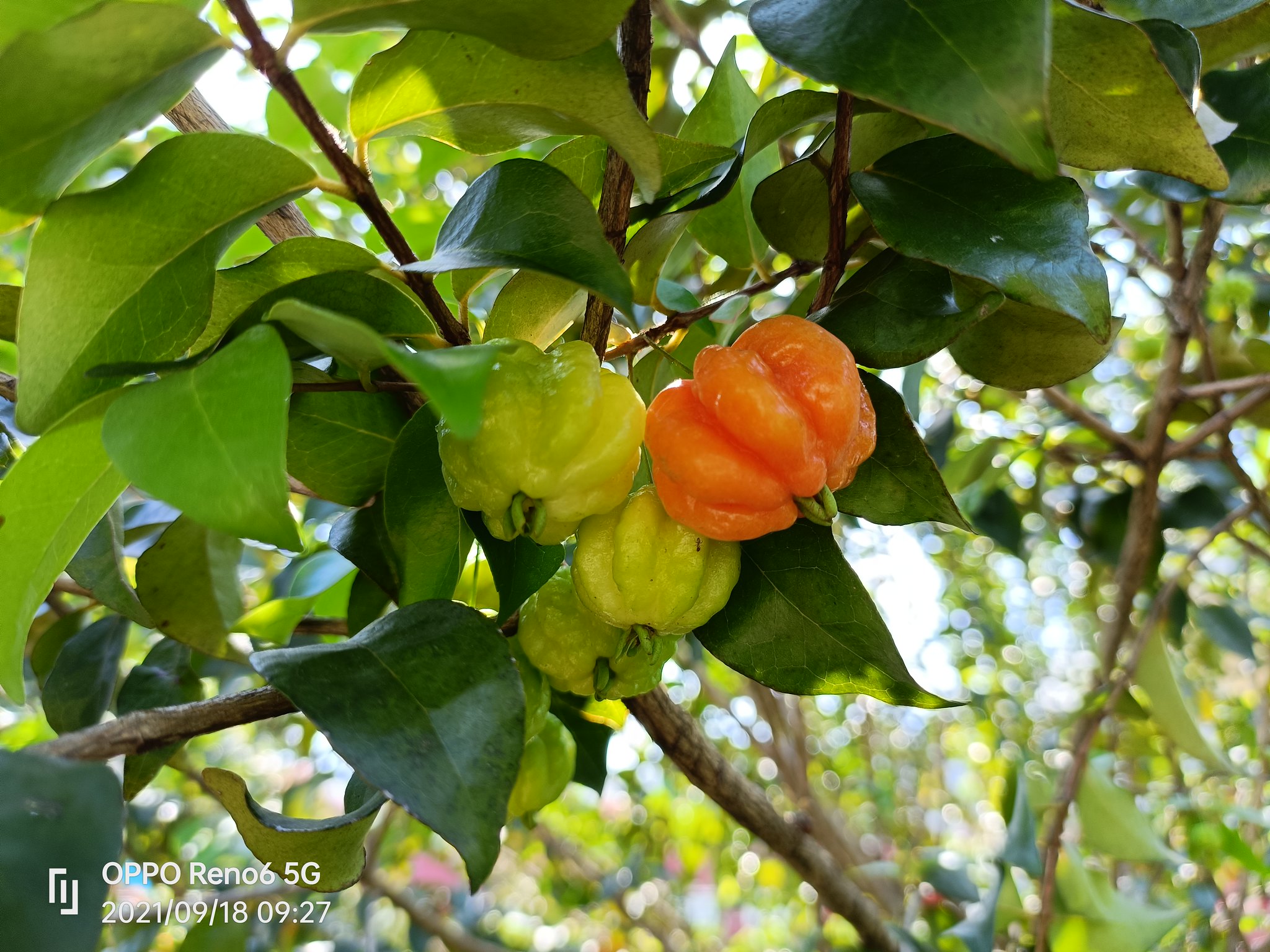 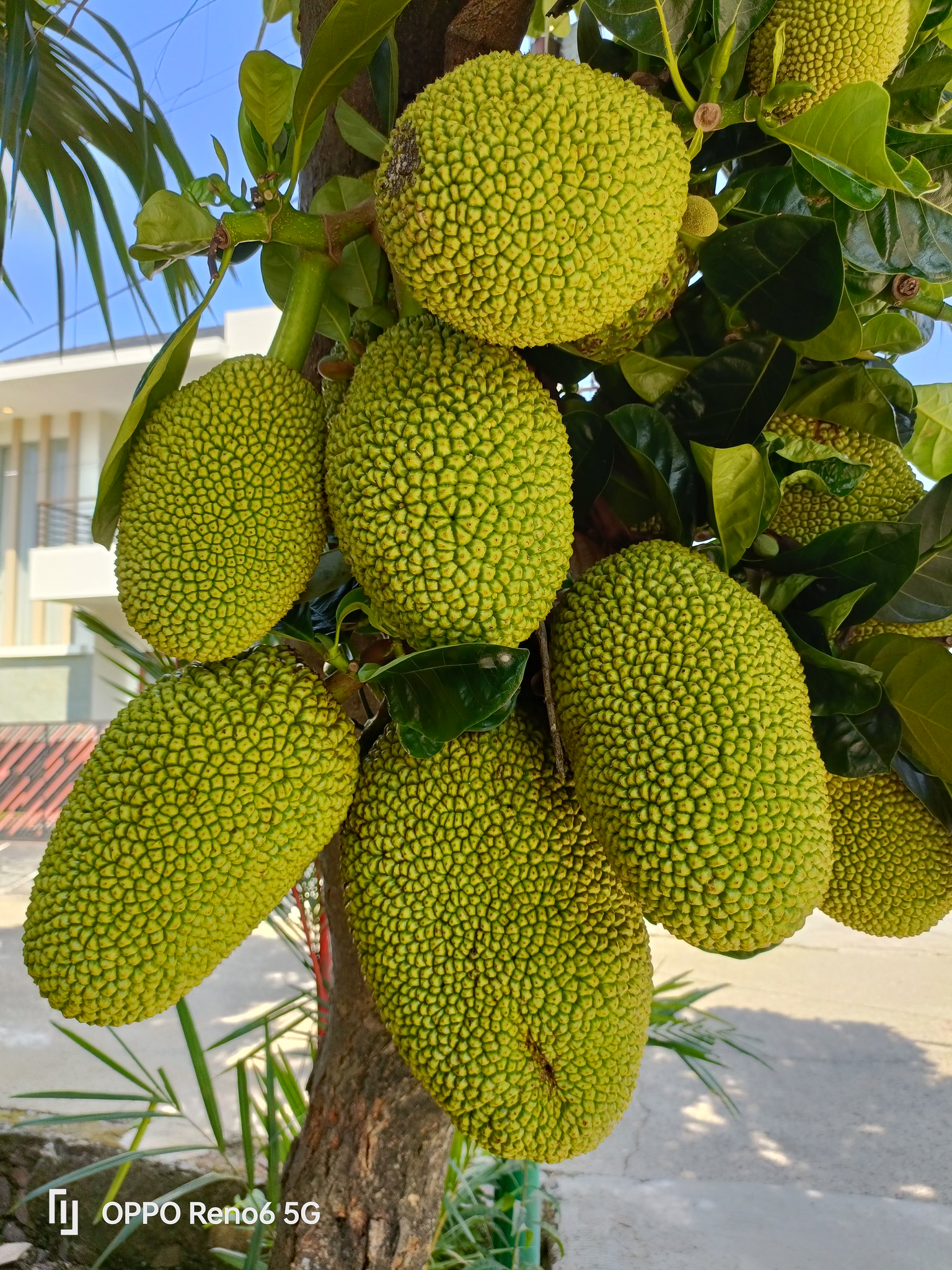 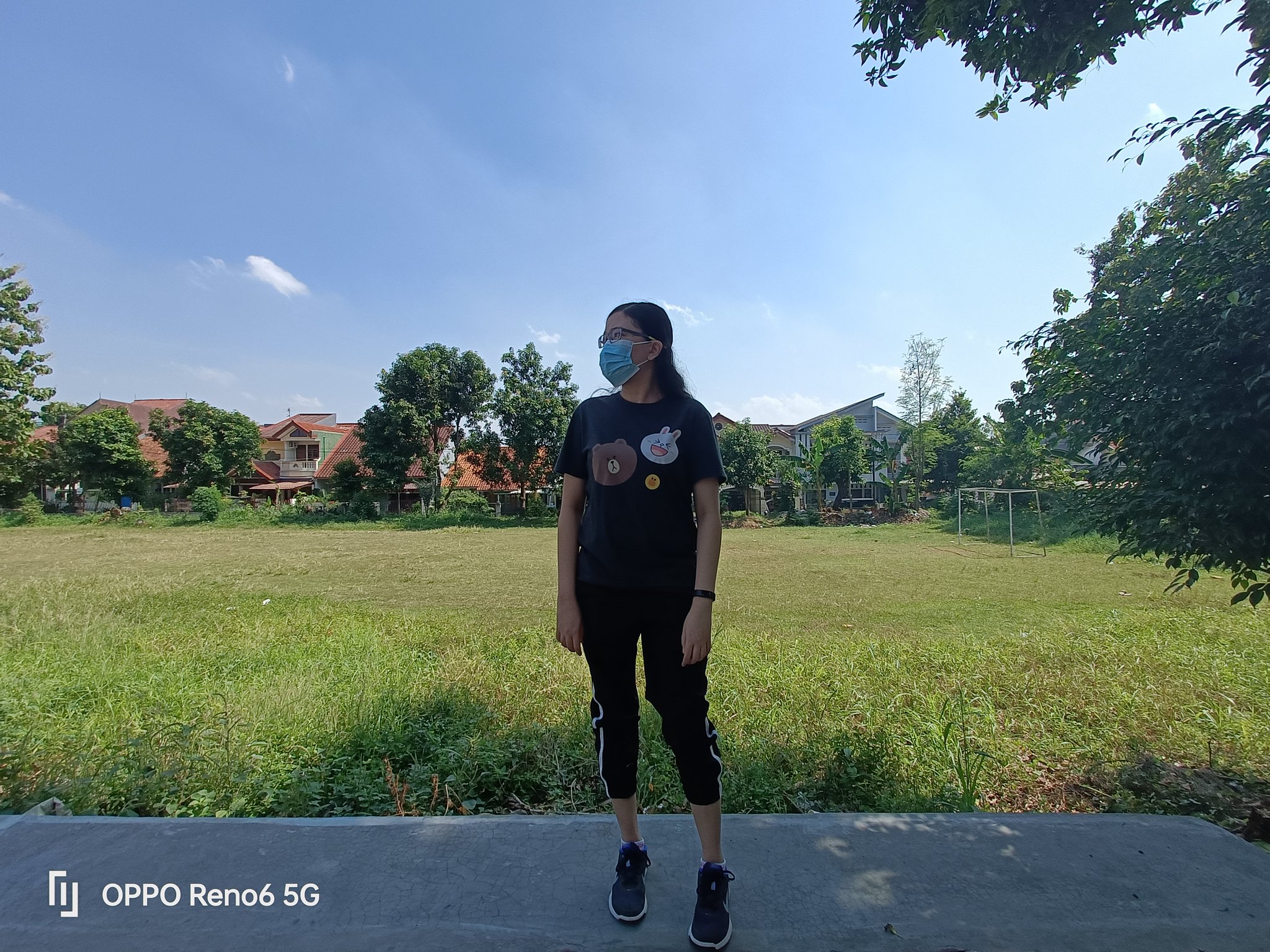 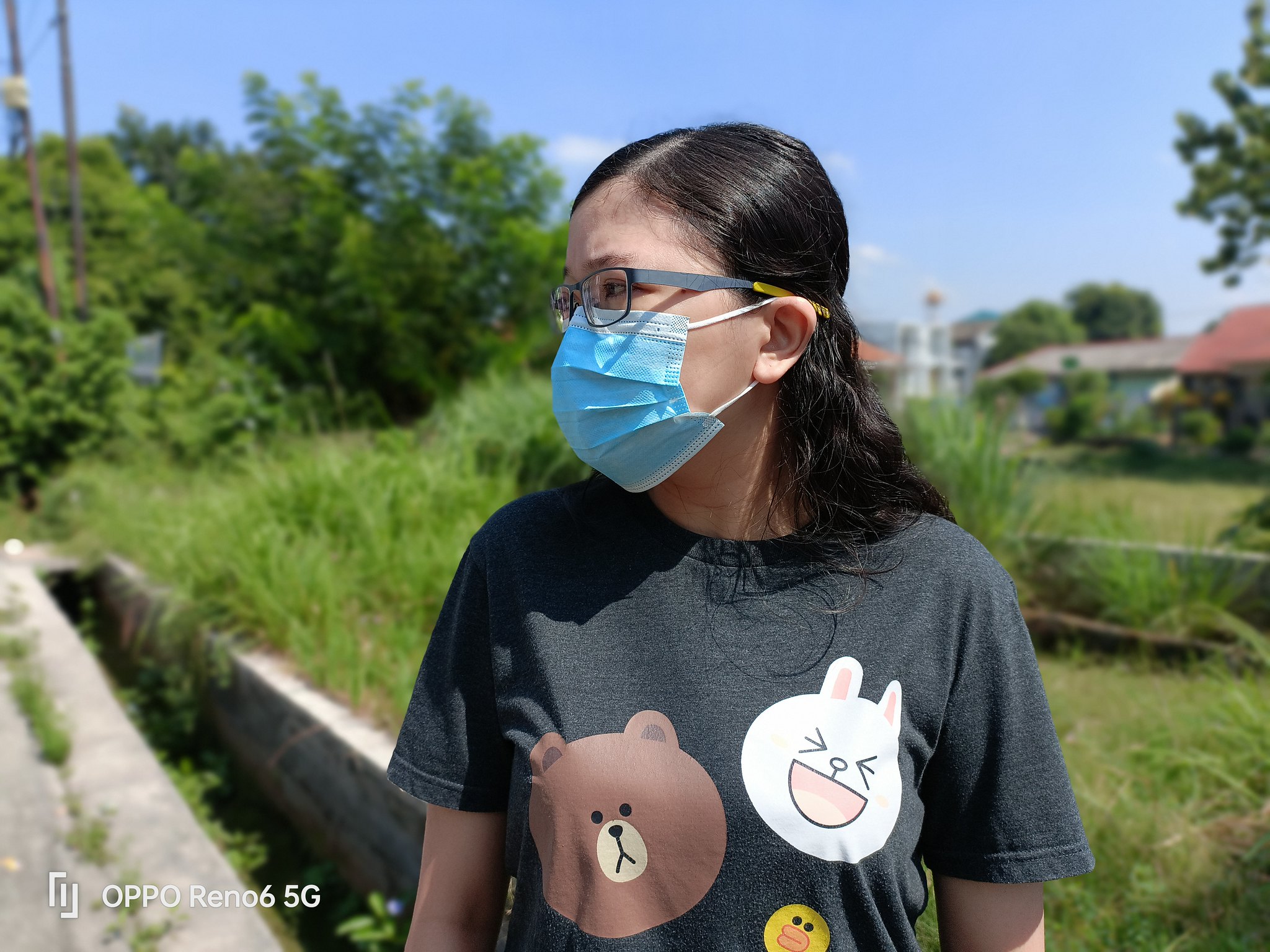 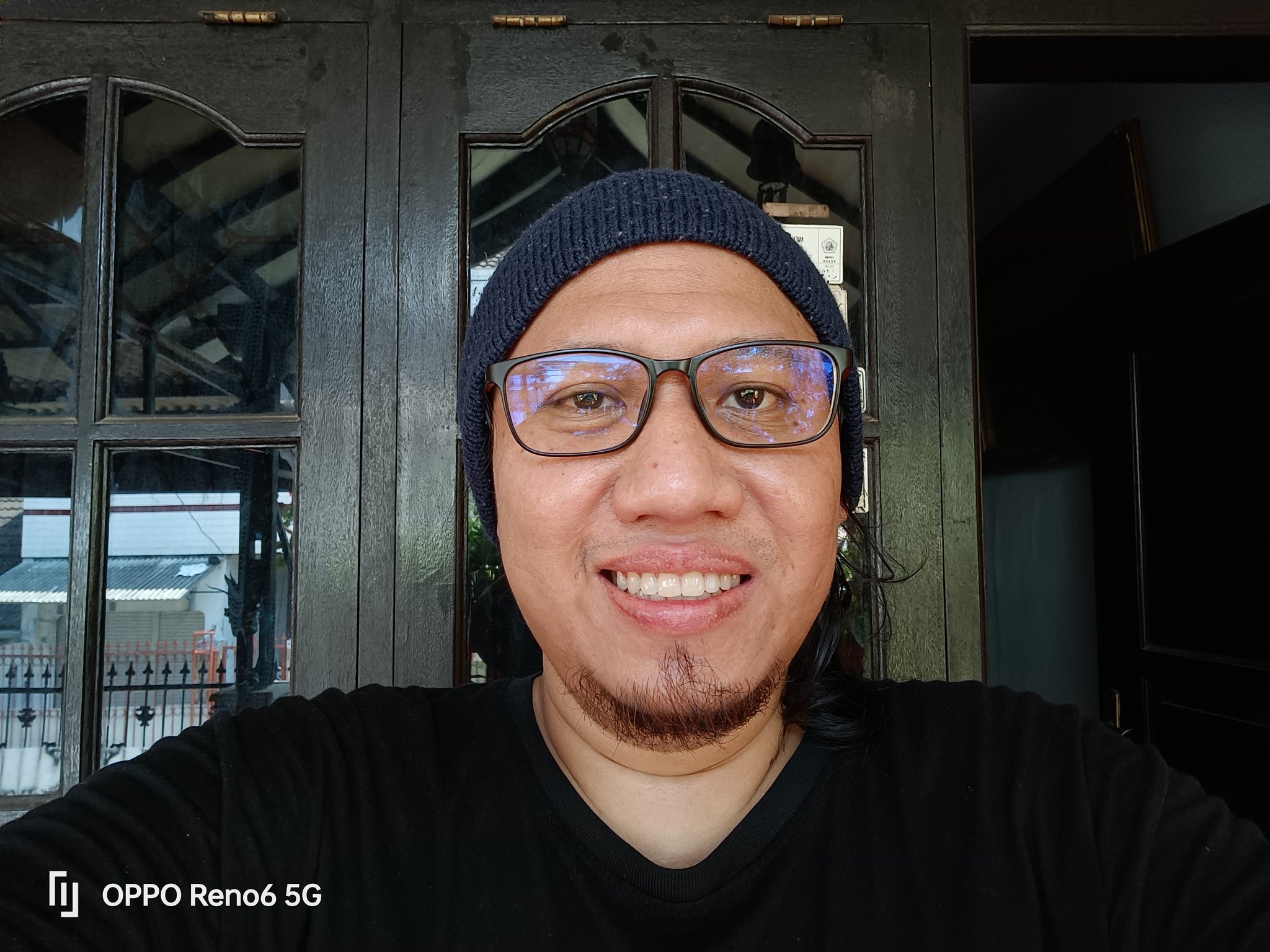 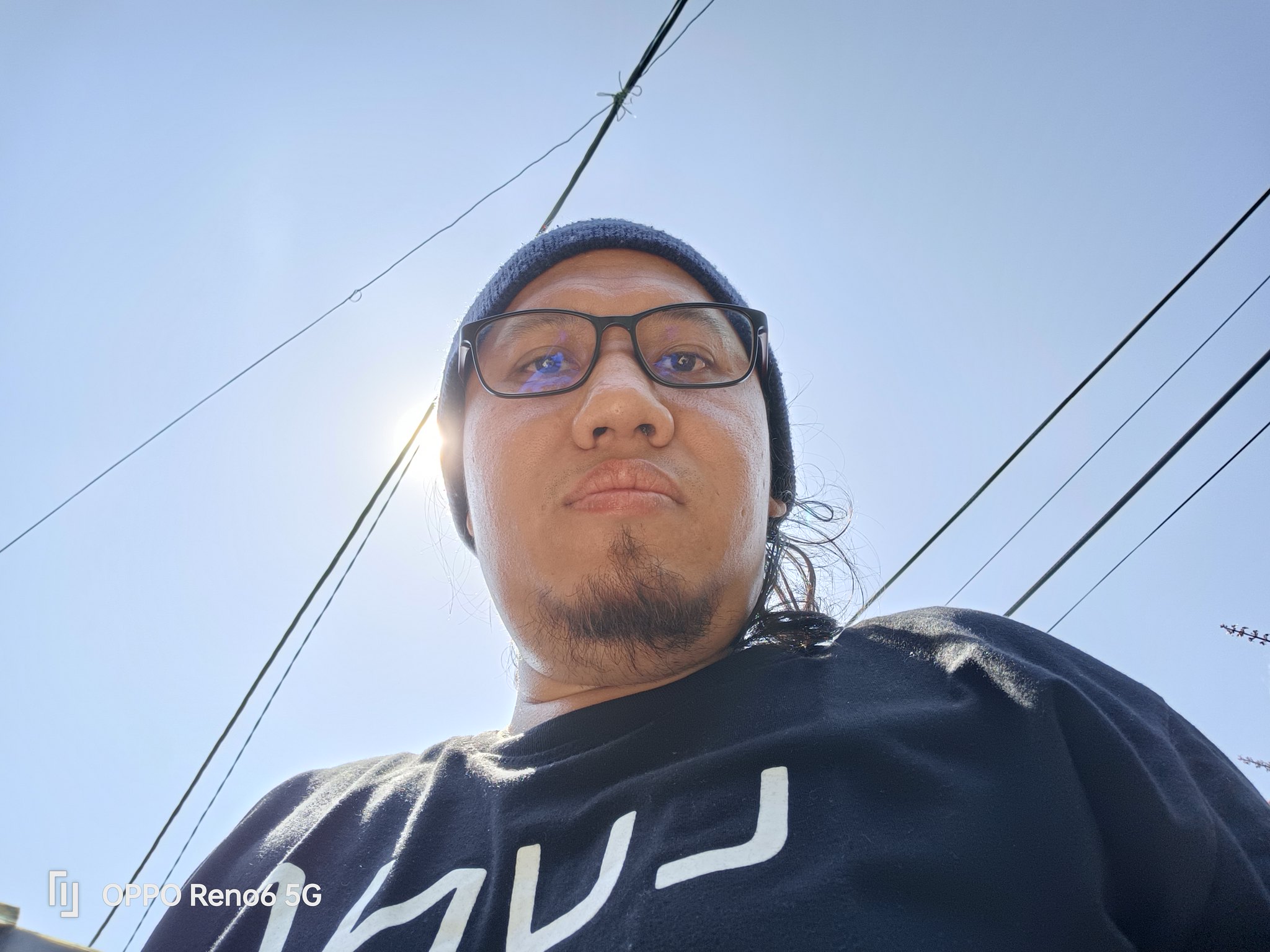 For low light photos using Night Mode, the results are practically standard for a cellphone above 7 million rupiah. Not that bad. The details are still okay, the lighting is balanced and not over exposure, and of course the nuances of the night are maintained. It’s just that, I feel the ability of the Night Mode can still be further improved through software updates. 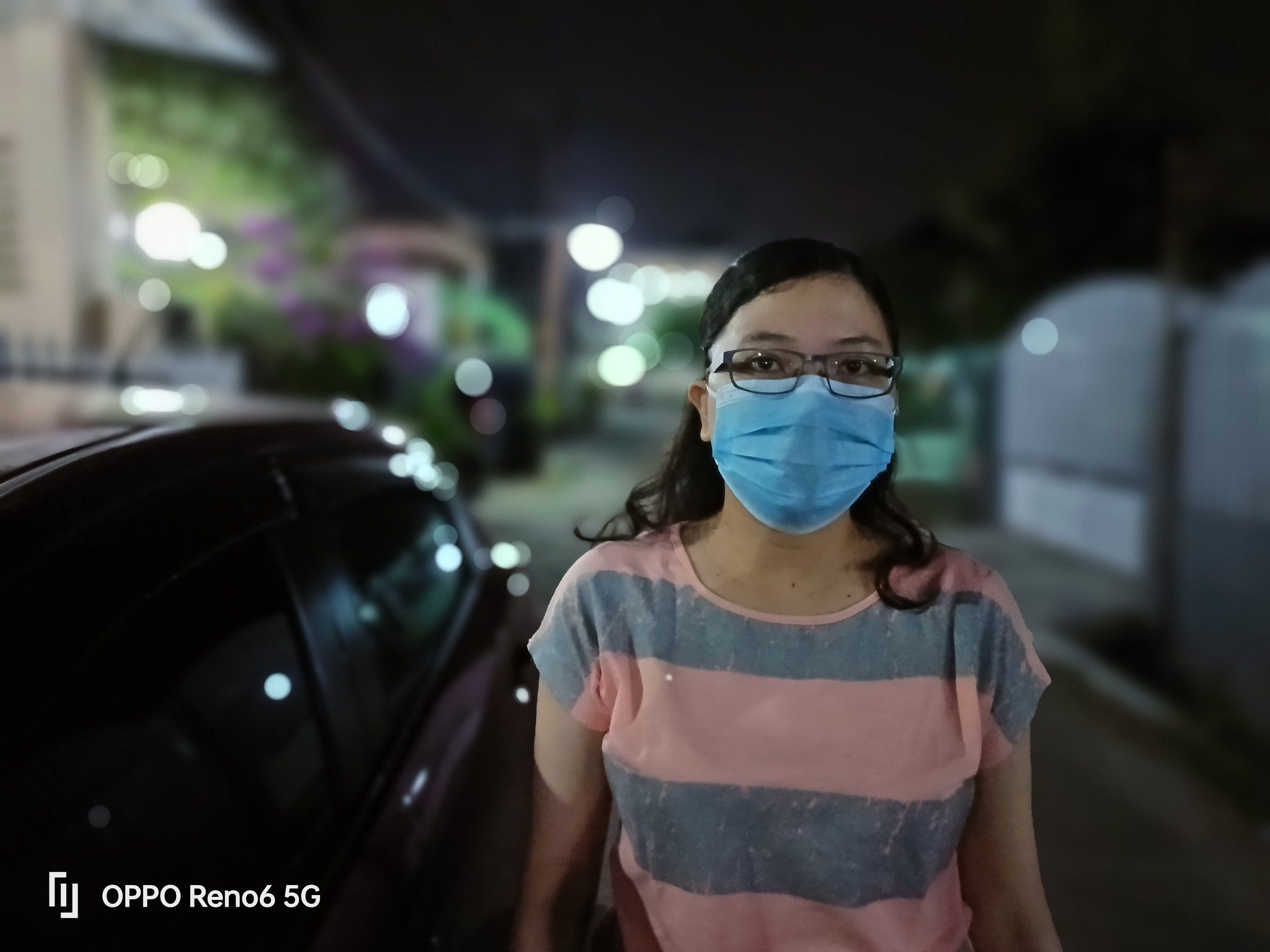 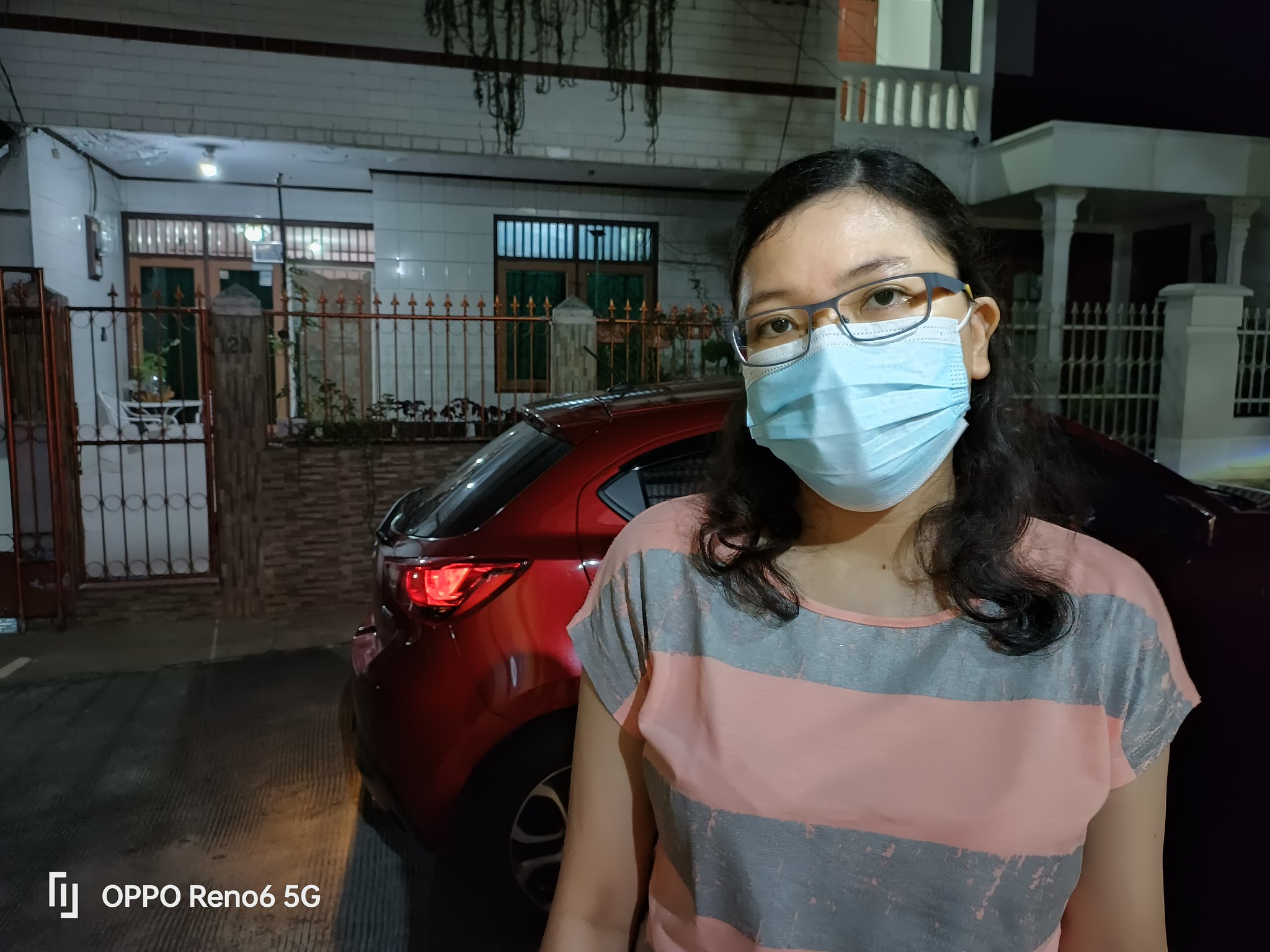 Turning to motion pictures, the cinematic bokeh effect for videos is one of its main selling points. With the Bokeh Flare Portrait Video feature, the Reno6 5G camera can create more dramatic visuals that can automatically be adjusted to the movement of the camera and the subject of the photo. Interestingly, this phone can immediately provide a preview of the video that is made. 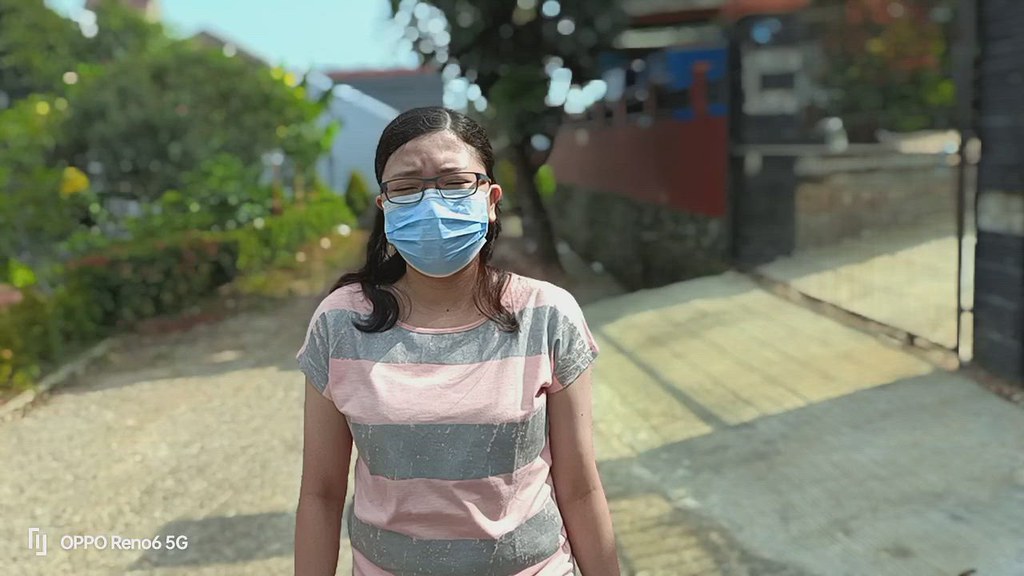 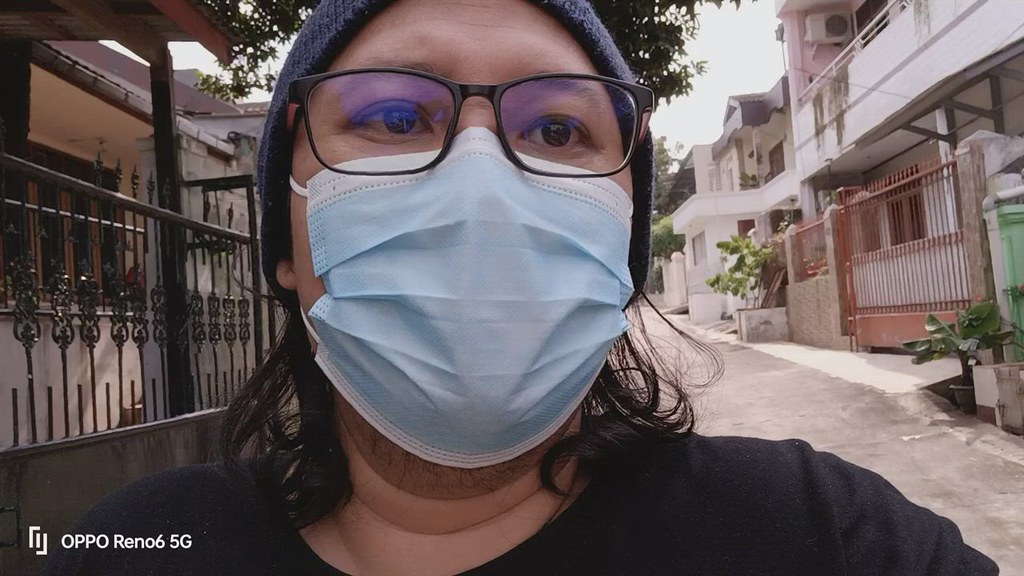 As for normal recording, you can choose resolutions up to 4K at 30fps or 1080p at 60fps. OPPO again presents Ultra Steady mode which is able to keep video recording stable even if you move, walk, or jog.

OPPO Reno6 5G relies on the latest chipset from MediaTek, namely Dimensity 900 5G, as its flagship weapon. For the uninitiated, this is a SoC designed with 6nm fabrication. Besides being fast, the power efficiency is also okay.

From the memory sector, OPPO Reno6 5G relies on 8 GB of RAM with 128 GB of storage, complete with RAM Expansion features to increase RAM capacity up to 5 GB. In order to maintain stable performance, OPPO Reno6 5G is equipped with an enhanced Multi-cooling System with an Ultra-large Vapor Chamber of 31.68 square cm and a thickness of 0.4mm.

Performance in my opinion is very smooth. Opening various applications and multitasking feels so smooth and agile. It’s fun for gaming too. All the popular games I’ve tried can be played at high frame rates, mainly thanks to the array of features that I can access through Game Space.

Take Genshin Impact, for example. With the Lowest 60fps setting, this game, which is arguably one of the toughest, can actually run comfortably. Mobile Legends especially. With the High setting and HFR mode on, the frame rate is stable at 60 fps.

Turning to the power business, the 4,300 mAh battery on this phone may not be big enough. I’m sure, OPPO just wants to keep the dimensions of the device slim. Even so, with this battery the Reno6 5G can still accompany my activities from morning to night.

When it comes to charging, there’s the super-fast 65W SuperVOOC 2.0 technology. OPPO Reno6 5G battery can be charged to 100 percent in just 30 minutes! Great!

OPPO Reno6 5G has adopted ColorOS 11 based on Android 11. Of course there will be updates to newer Android versions in the future. In addition, ColorOS 11 is also known to offer a variety of useful features to support daily use.

For example Freeform Screenshot, a feature that allows users to capture screens in any form. This function can also be directly connected to Google Lens and screenshots can be translated into more than 100 different languages. Next up is O Relax, a build-in app that provides curated music and mini-games to reduce stress from everyday online activities.

As for its 5G support, OPPO Reno6 5G is compatible with both Telkomsel and Indosat’s networks. For those of you who need NFC, this feature is also owned by this phone.

As I mentioned in the first few paragraphs, Reno6 5G is one proof of OPPO’s success in concocting an attractive cellphone. I like almost all of the features, from the design, performance, camera, to the charging technology. If you are looking for a 5G phone under 10 million rupiah that is okay for all your needs, Reno6 5G in my opinion is a must-see.

Even so, one thing that might be taken into consideration is the selling price which reaches Rp. 7,999,000. Much more expensive than the Reno6 4G variant. Although in some sectors it is clearly better than its brother, but for me the increase is not as significant as the increase in price.

OPPO Reno6 5G is suitable for: