Reviewing flagship smartphones with entry-class smartphones is of course different. For the second, at least being able to provide basic features smoothly is enough. So, what if POCO tries to maximize this? Here comes the POCO C40.

What is POCO trying to offer through the cheapest smartphone this time? Big screen, big battery, and performance that is claimed to be no less than its competitors. The two main points are actually commonly offered through millions of smartphones, but POCO tries to surpass them with specifications on paper that are indeed made more.

Overall, POCO can provide different and interesting devices, even though there are currently quite a number of vendors trying to make their own most affordable smartphone. Is this series suitable for you? Here’s a full review of the POCO C40.

Because I haven’t reviewed the Redmi series for a long time, I immediately remembered the design of the Redmi 10A when I saw the POCO C40 in person. The rear camera module is similar, it’s just that the black frame is made to extend to the end of the body. The “cosmetics” of the four cameras are also similar, as well as the placement of the fingerprint sensor, the curve of the side body, to the front display design.

The POCO C40 is available in three different color options, and the POCO Yellow unit we are reviewing today is the brightest option. The surface of the rear body is quite unique—made of plastic, the texture is made like orange peel. Makes it not slippery and does not leave fingerprints, it feels like it will also be easy to clean.

It weighs a little over 200 grams, making it feel pretty solid in the hand. With a thickness of 9.2mm, it’s not the thinnest, but at least the curves on the side body make it more comfortable in the hand. Oh yes, the POCO C40 is IP52 certified, making it dust and splash resistant.

So for those of you who are often outside, or online motorcycle taxi drivers, it will be suitable to use the POCO C40. Apart from that there is no built-in soft case in the sales package. Fortunately, the rear camera module is not made to stand out, so there’s no need to worry too much about using it without a case.

If millions of smartphones usually have a large screen, the POCO C40 screen is even bigger. Its dimensions reach 6.71 inches, with a waterdrop notch on the top side and three other bezels whose thickness is still the same as a smartphone in its class. So it’s natural that you need two hands to use this smartphone to make it more comfortable.

The panel used is an IPS type, has an HD + resolution, and is protected from Gorilla Glass (without the factory default protective layer). The maximum brightness of 400 nits plus the Sunlight display mode is able to make the content on the screen easier to read when in direct sunlight.

The color reproduction is quite okay, it’s just that it’s not the most vibrant or colorful, even though I’ve changed the color mode to “saturated”. By default, the white light balance tends to be bluish, but POCO provides the option to change the color temperature according to taste. The panel itself is safe, free from screen bleeding which is generally around the edges of the screen.

The large screen of the POCO C40 is indeed the most suitable for multimedia consumption. Unfortunately, with Widevine L3 certification, you can only stream videos from platforms like Netflix and Amazon Prime in resolutions below HD. But what is quite unique, when using the YouTube application, the option to go beyond 1080p can be selected, even up to 2160p, and it runs smoothly.

Still related to the screen, the screen lock option is also available using the fingerprint sensor, located on the back of the body and in a position that is quite easy to reach. Not many smartphones in its class have hardware-based screen security options, and POCO can still bring this option to its most affordable series through the POCO C40.

If generally smartphones in this price class carry one camera sensor, there are three POCO C40 cameras on the back. In addition to the 13MP f/2.2 main sensor, a special sensor is pinned to produce a portrait effect. More or less, the experience of using it, including the photo quality in various conditions, is similar to that of the Redmi 10A.

The colors produced by the POCO C40’s rear camera tend to be a little muted, aka less suitable for you who want photos with dark colors. Also slightly bluish for almost all outdoor and indoor conditions. Going into dark scenarios, the night mode doesn’t provide a significant improvement—more like increasing the ISO when taking photos.

The presence of a depth sensor makes the POCO C40 able to give a portrait effect to non-human objects. The effect will only appear after the camera shutter is pressed, and the results can be said to be quite okay in its class. Another note, the HDR effect is off by default. And several times the photos tend to be over-exposure.

In my opinion, from the start, users could not expect the best detailed photo quality from the POCO C40. But it doesn’t matter, because you can still produce interesting photos, including through the camera’s built-in filters. After all, the photos that appear on social media are also generally viewed from the smartphone screen, right?

For complete photos from the POCO C40 camera, you can access the following album. 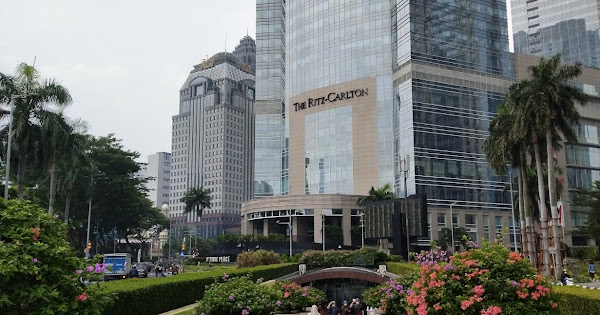 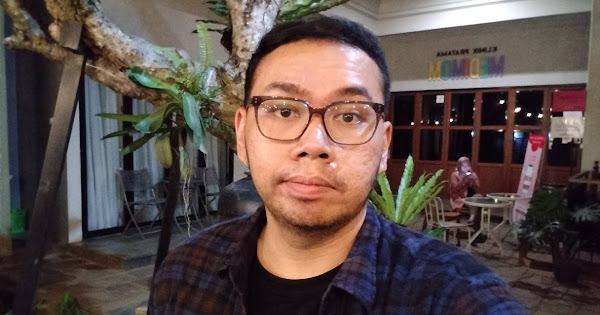 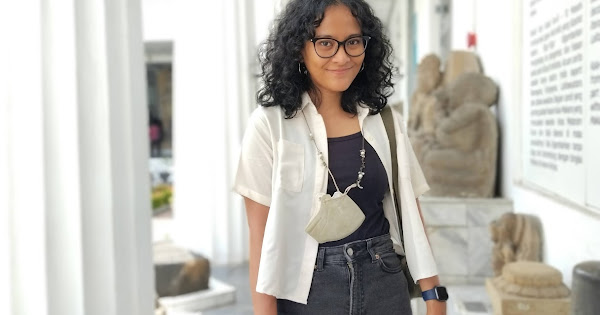 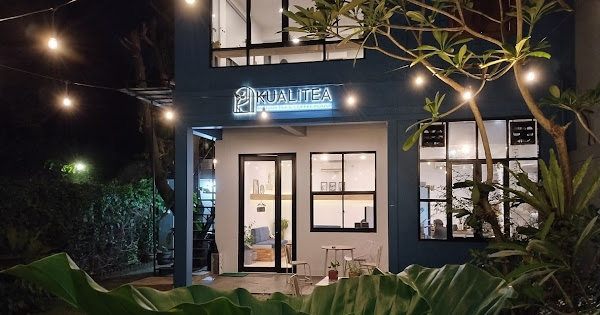 POCO C40 is also of course equipped with video recording features, and each front and rear camera supports two resolution options; 1080p 30fps and 720p 30fps, of course still without the help of any stabilization. So you need a very stable hand or the help of accessories such as gimbals, if you really want to record moments with a stable moving camera.

At least POCO provides time-lapse and “Short Video” recording options. Not only for recording short duration videos, in it there are beautify options, videos with filters, to various kaleidoscope effects. Can be activated on both sides of the camera. While the professional mode only applies to photo mode, with the option of setting ISO & manual shutter speed.

POCO C40 runs Android 11 with MIUI 13 aka the latest version (at least for the interface version). The amount of bloatware is quite a lot, although you can remove them one by one. As usual, the default MIUI application will display notifications which will eventually become annoying. You must disable the notification so that it does not appear in the future.

To compensate for its superior screen, the POCO C40 is supported by a 3.5mm audio jack at the top of the body, while the mono speaker is located at the bottom. The output is quite loud, with a voice that is more dominant in vocals and treble. When using the maximum volume, the sound will feel “thin”. But the character of this speaker will be suitable for those of you who like to listen to podcasts directly from your smartphone.

Compared to its competitors, I think the extra features offered by MIUI belonging to POCO C40 are more complete. At the time of this review, the smartphone had received the August security software update. The leftmost page on the home screen can be switched to Google Discover, and a one-handed mode is also present where you can change the screen to as small as 3.5 inches.

Oh yes, for those of you who are looking for the dual app feature, you have to download it first via GetApps. Yes, this feature is no longer integrated with MIUI, at least on the POCO C40.

Several POCO smartphone series are known to deliver the best performance in their class—namely the first Pocophone F1 series, and the popular POCO X3 Series in the mid-range class. Meanwhile, the POCO C40 comes with a chip that is currently not common, namely the JLQ JR510 from JLQ Technology. Bring your own advantages and disadvantages.

The advantages? Already using 11nm fabrication, where other competitors use 12nm and even 28nm processes, so it is more energy efficient. Compared to Unisoc SC9863A, its clock speed is higher up to 2GHz. However, with the Unisoc Tiger series, the CPU type is considered inferior—which then affects daily performance.

As simple as scrolling in apps like Spotify, YouTube and Twitter, the movement isn’t as smooth as, for example, some of the same-priced realme series that use the Unisoc Tiger chip. “Can it be used to play PUBG Mobile?” Yes, as long as it’s not for competition. In addition to the graphics to be lowered, the responsiveness of the screen is also not the best. Still reasonable for its price class.

Overall, the performance of this smartphone is just okay. Some small lags might be annoying if you use the POCO C40 for multitasking all day, even on the 4GB RAM variant with the 1GB extra RAM feature enabled. At least this smartphone battery is superior.

If the performance is not the fastest, POCO can still maximize other features, namely the battery. Yes, the battery capacity of the POCO C40 is indeed very large, reaching 6,000 mAh, which is one of the reasons for its large dimensions with a weight of more than 200 grams. Is it absolutely so battery efficient? Of course.

Combined with 11nm fabrication, the POCO C40 battery can be used for up to two days of standard usage. If it’s more intense to access social media or watch from video streaming platforms, or play casual games, well, it can take at least 1.5 days. Well, if its competitors require 2-3 hours of charging time, the POCO C40 is the same.

In fact, the battery is bigger. Because POCO offers support for 18W fast charging via the USB-C port, two points that are still considered luxurious in their class. Even so, the charger adapter provided in the sales package only supports 10W speeds. Alias ​​must use a separate charger.

When using the POCO C40, I was reminded of another POCO smartphone series, the POCO M4 Pro . Both have similar characteristics: in the targeted segment, they do not compete by providing the best performance. Rather want to compete by improving other features.

In this case, the screen is comfortable for entertainment content, and the battery is really rhino. Not to mention supported by fast charging, plus USB-C connectivity which is also not so popular in its class. Comes in a pretty fresh look with IP52.

Indeed, the performance of this smartphone is not the smoothest. But for just a secondary smartphone, or those who are looking for a device for online schools or online motorcycle taxis, it will be enough and can choose the POCO C40 as the best option.