Review of Samsung Galaxy A23

The presence of the Samsung Galaxy A23 adds to the long list of series A smartphones from the South Korean manufacturer. It is easy to guess that the presence of this smartphone is to expand options for consumers, to make it easier to find specific products for their characteristics. The Galaxy A23 actually only carries a slight -but significant- difference compared to other siblings in the same series.

Comes with one of the mainstay weapons in the form of the NFC (Near Field Communication ) feature, making the Galaxy A23 easy to enter consumer buying radar. Understandably, the use of card-based digital money is getting more massive. So the existence of a smartphone device that supports checking balances and refilling balances is increasingly crucial.

Actualization of features on smartphones is also felt when looking at the RAM memory settings menu, with additional virtual options. The memory requirements of the application are getting more and more swollen after each  update , like it’s not a problem for the Galaxy A23. At least for the next 2-3 years.

How far these features are able to support smartphone performance, of course need a longer experience . But at least, in this review, we can give you an idea of ​​the extent of the capabilities of the Samsung Galaxy A23 in each part.

If you look at the entire design of the mid-end Galaxy Type A , you can easily be fooled by the type details. Because the A13 to A73 series have the exact same cover design and camera placement. Although on the front camera there are some significant differences.

The Samsung Galaxy A23 itself cannot be separated from a similar design. Minimalist and elegant. There are three color options: Black, Blue, and Peach . Black color (black) we place on priority purchase. While the other two colors, at one point, made us want to immediately embed additional body armor . On the other hand, the two colors are an indication of the segment that Samsung expects, namely young users.

Regardless of the color choice, we recommend immediately using  body armor when you own this smartphone later. Because this plastic smartphone cover feels slippery and less comfortable to hold. On several occasions, the smartphone almost slipped from the fingers while scrolling or typing messages.

The number of products does encourage purchase options according to the user’s character. This option also means that not all of the best features can be found. Different types, then different features are crammed. Sometimes a good camera in one type, must be eliminated in another type, but patched with the presence of different features. That’s how it feels on the Samsung Galaxy A23.

One of the capabilities that are below its other sibling, is the quality of the main screen. The Galaxy A23 is ‘only’ equipped with a PLS TFT LCD screen technology. That is why the visual presentation on this smartphone is not as attractive as the A33 5G for example, which already uses Super AMOLED technology. Contrast factor remains an issue for screens based on LCD technology.

Weaknesses in the display technology sector, trying to be patched with a serving of screen dimensions of 6.6 inches. The size of it does make video and photo shows feel relieved in the eyes. This makes the Galaxy A23 suitable for you who like to watch via smartphones, whether to watch Youtube, Reels, TikTok, or Netflix for a long duration.

Meanwhile, the Gorilla Glass 5 material used for the main screen, is enough to eliminate worries that the screen will be easily scratched. Although of course, using additional protection is an interesting option, as well as guarding when the smartphone hits a hard object or falls.

The row of flashy cameras on the back cover of the Galaxy A23 is quite optimistic for anyone who sees it. Optimism is accompanied by a 50 MP lens-capable feature as the main camera. Coupled with a row of other lenses for portrait, macro, and panorama offerings.

Samsung has embedded the flagship feature of OIS (Optical Image Stabilization) which is currently only found on a row of smartphones in Samsung’s mid-to-high class. This feature in general helps produce video and photo results to be more leverage by reducing the effect of hand vibration. Thus minimizing photo blur and distortion in the image.

The photos from the Galaxy A23 are quite good. Although in macro mode it is necessary to pay close attention to the distance and lighting so that the photos are maximized. Meanwhile, if you want to get images with a resolution of 50 MP, you need to move the scale first from the initial settings. At the best resolution level, the memory capacity used is also large, it can reach the range of 6MB per photo.

The camera settings menu is complete. Starting from the scene optimizer, HEIF mode, selfie preview, to photo capture methods are available for the convenience of users.

Samsung has also embedded the Augmented Reality (AR) Zone feature in the camera menu. Use this feature to create avatars, stickers, to decorative images in a virtual world created by Samsung. Users only need to take selfies and then the results are processed into avatars, which can still be customized. 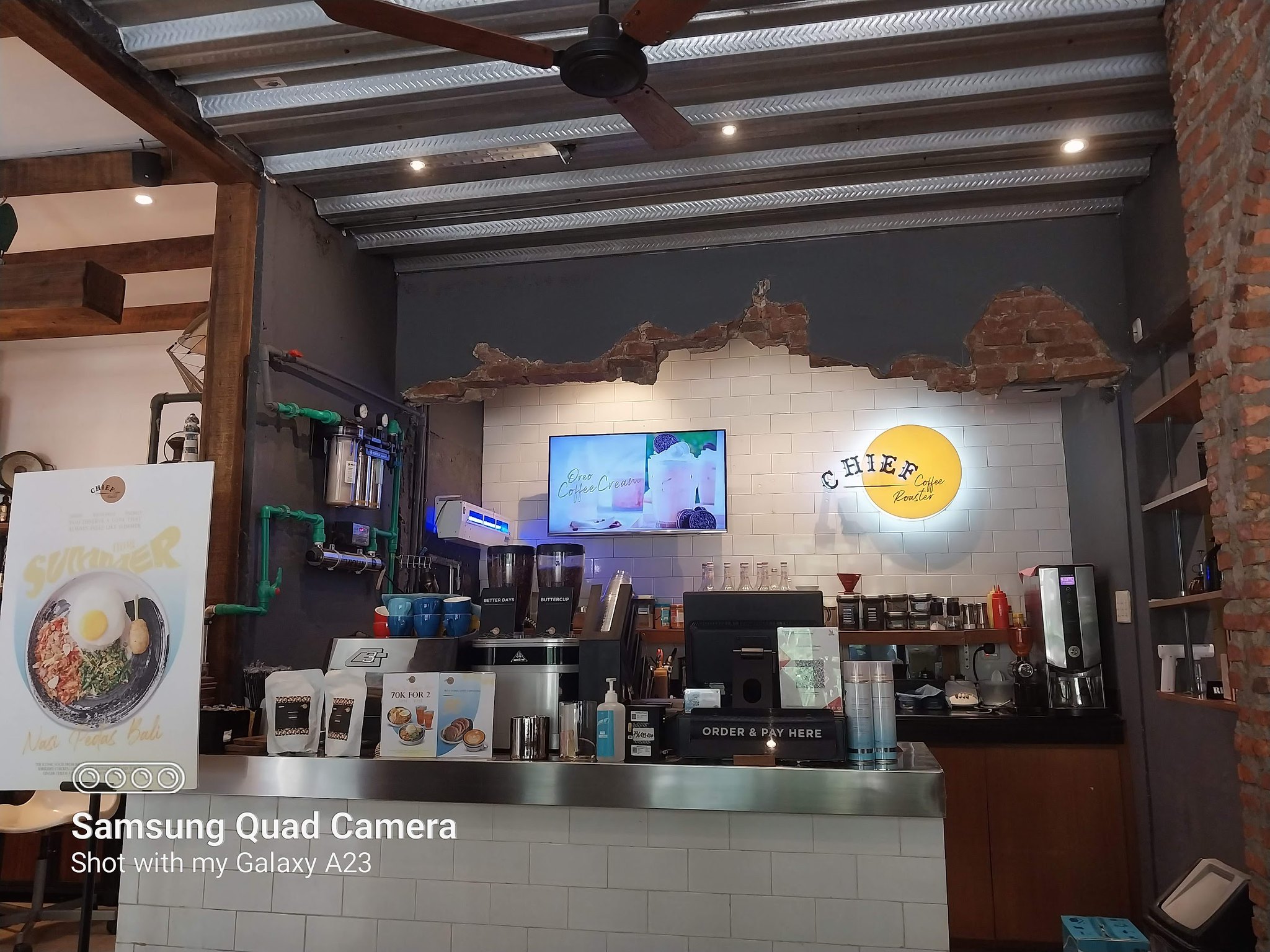 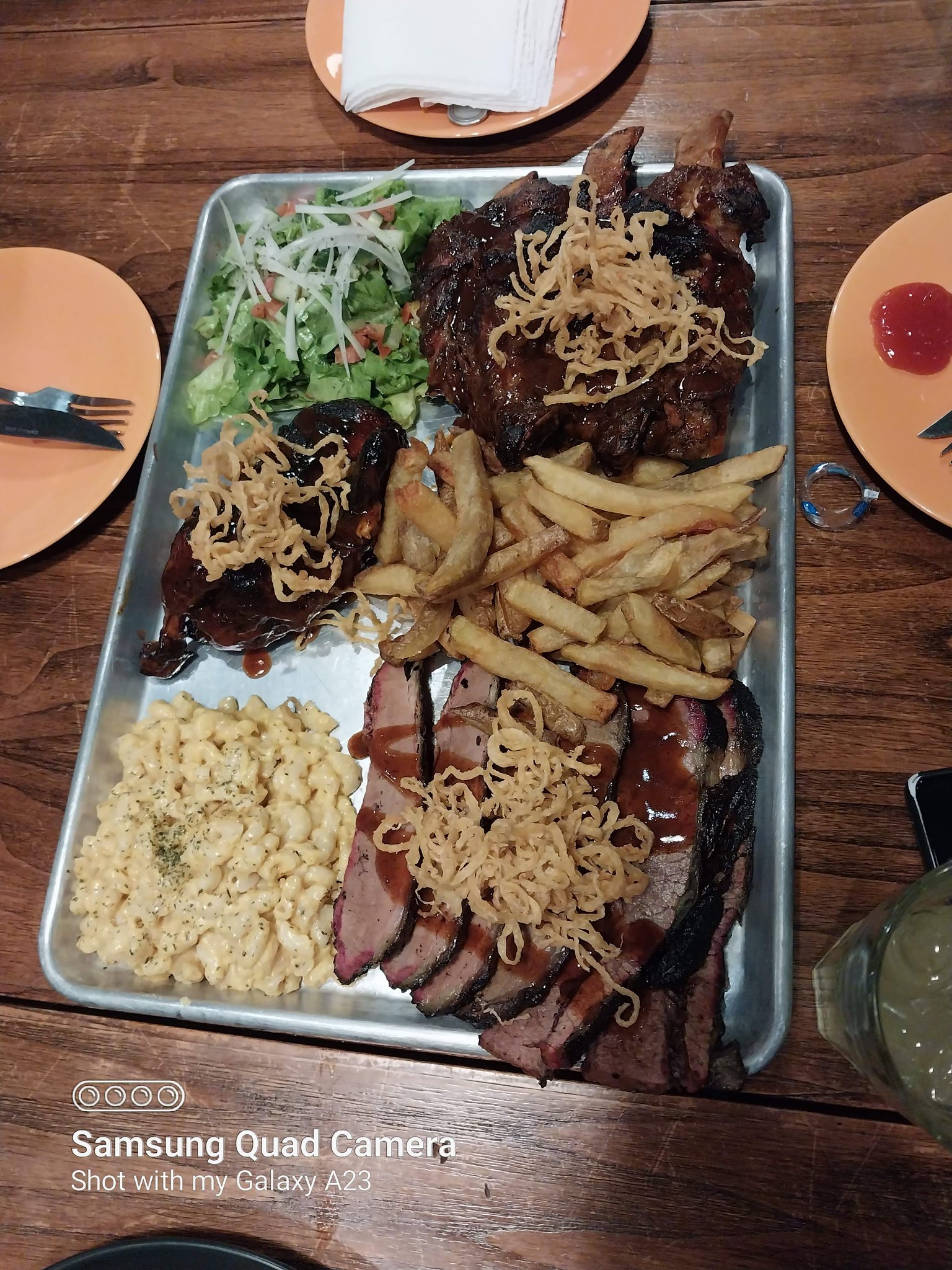 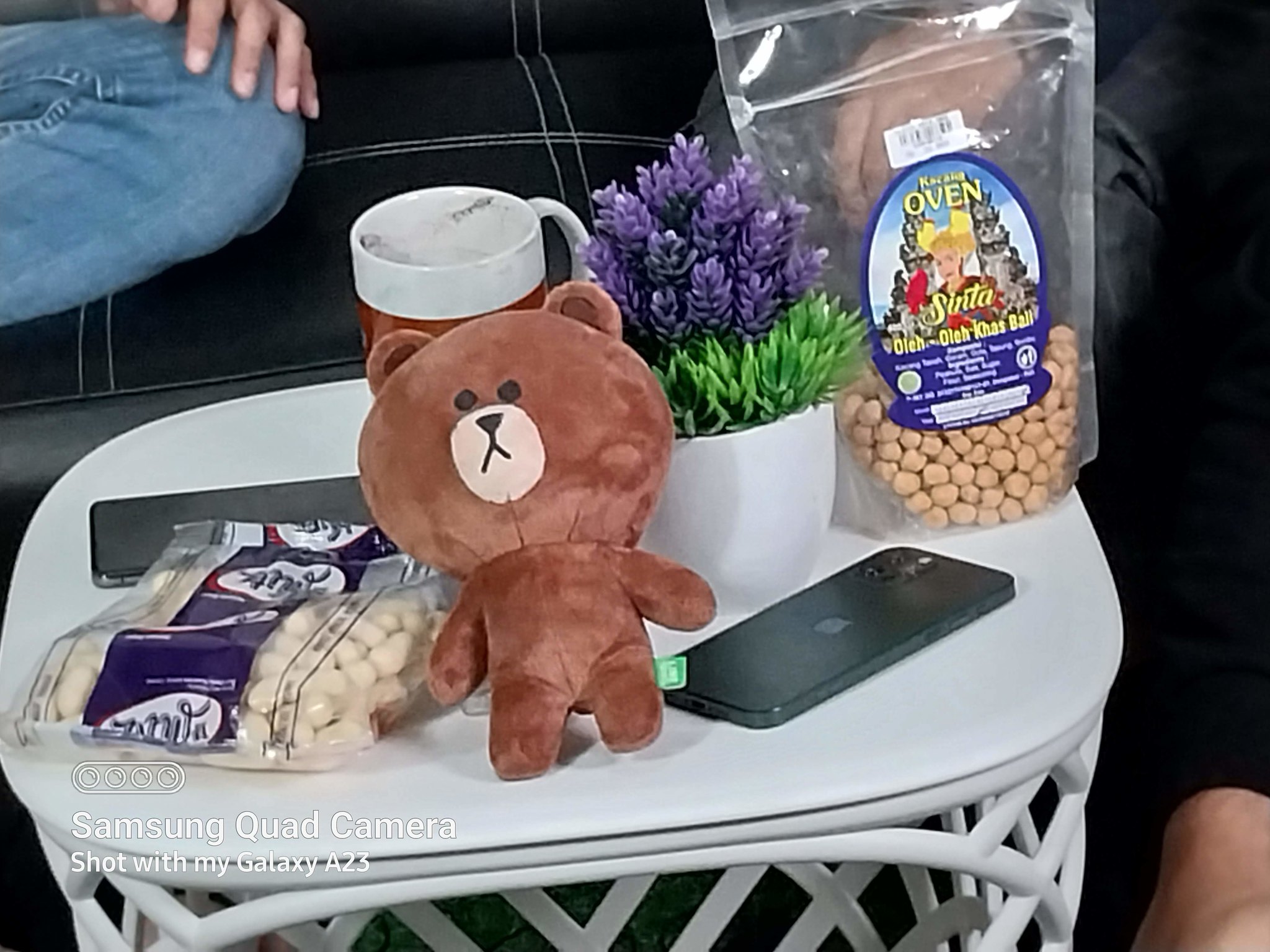 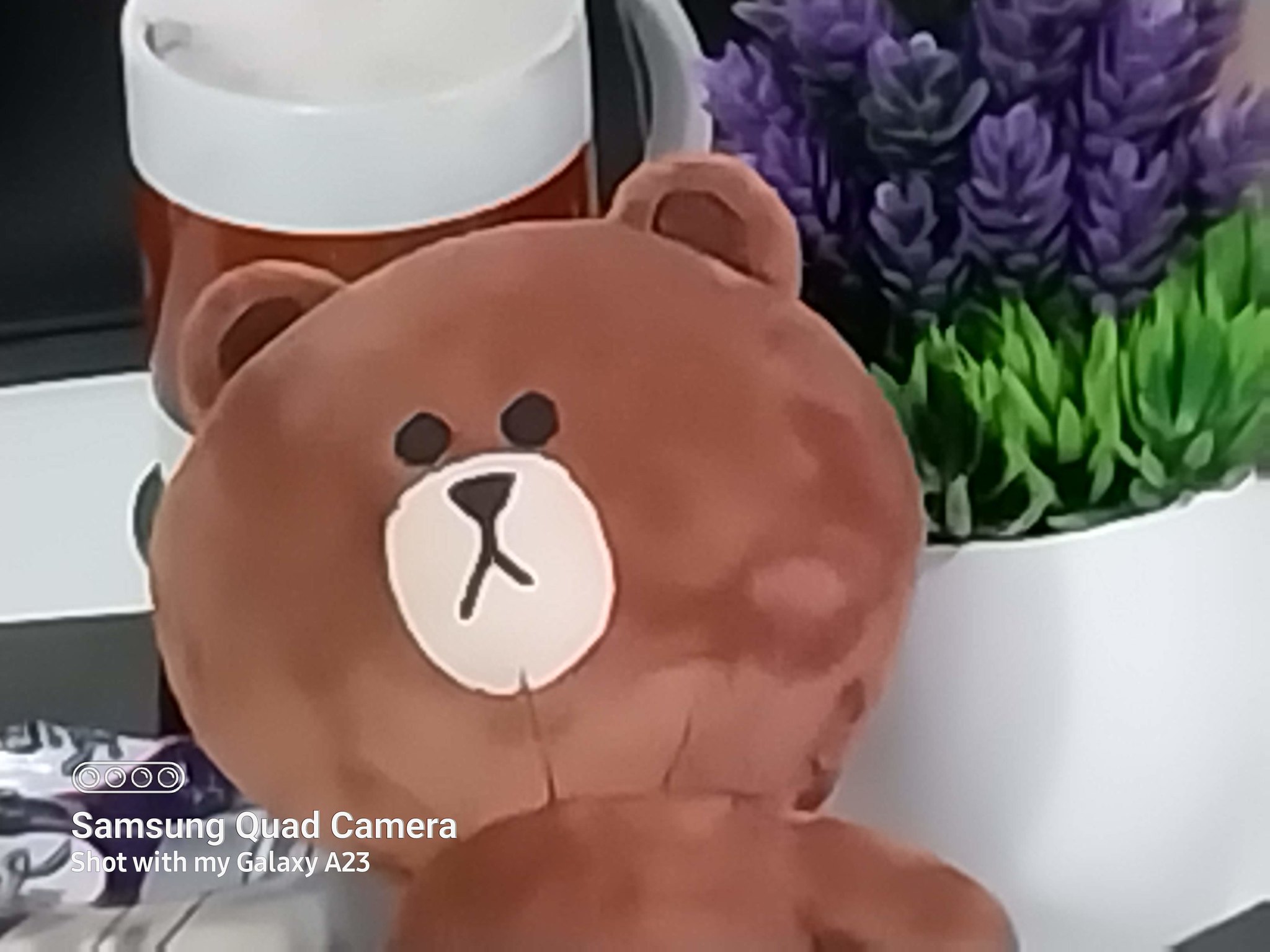 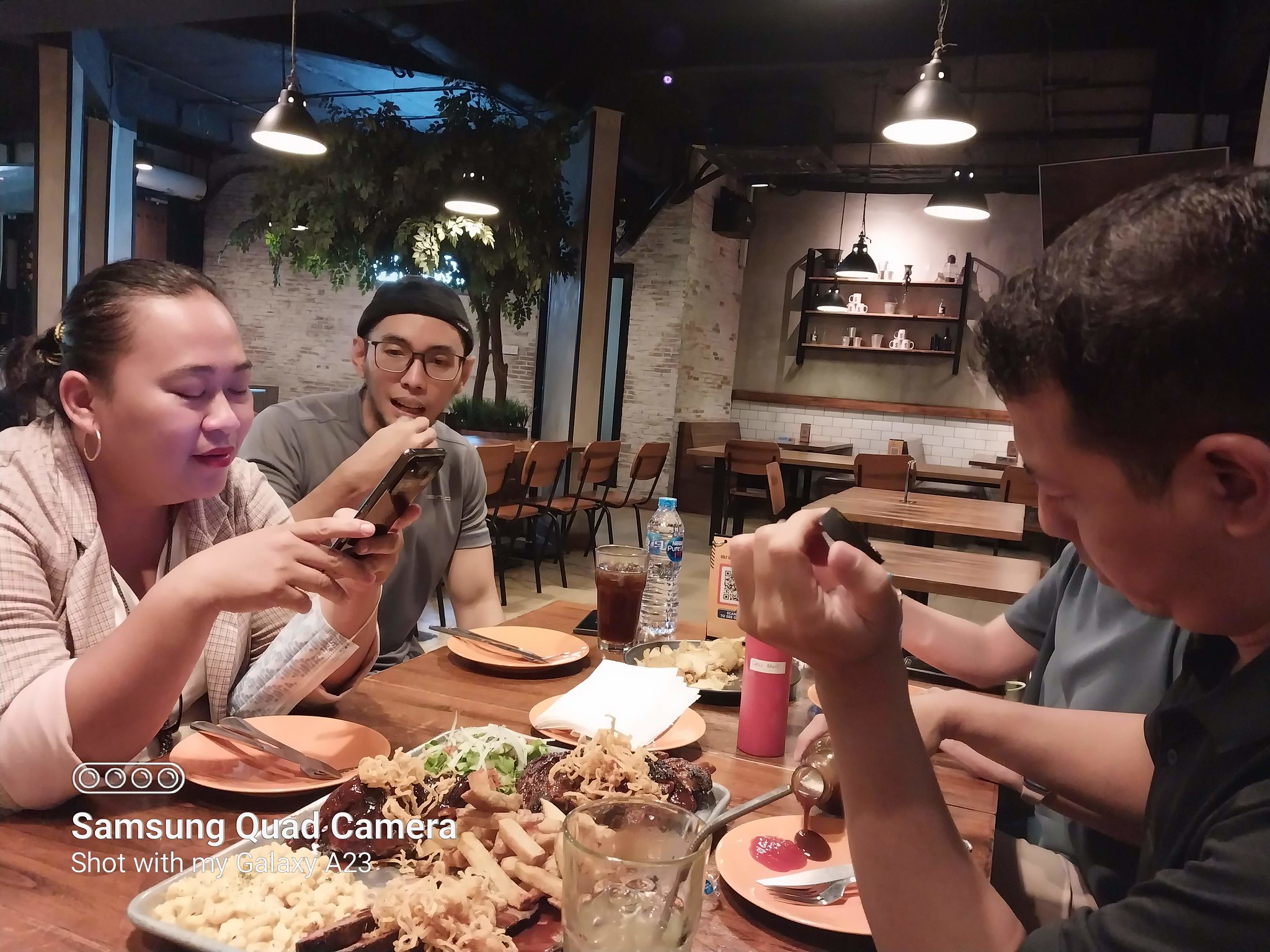 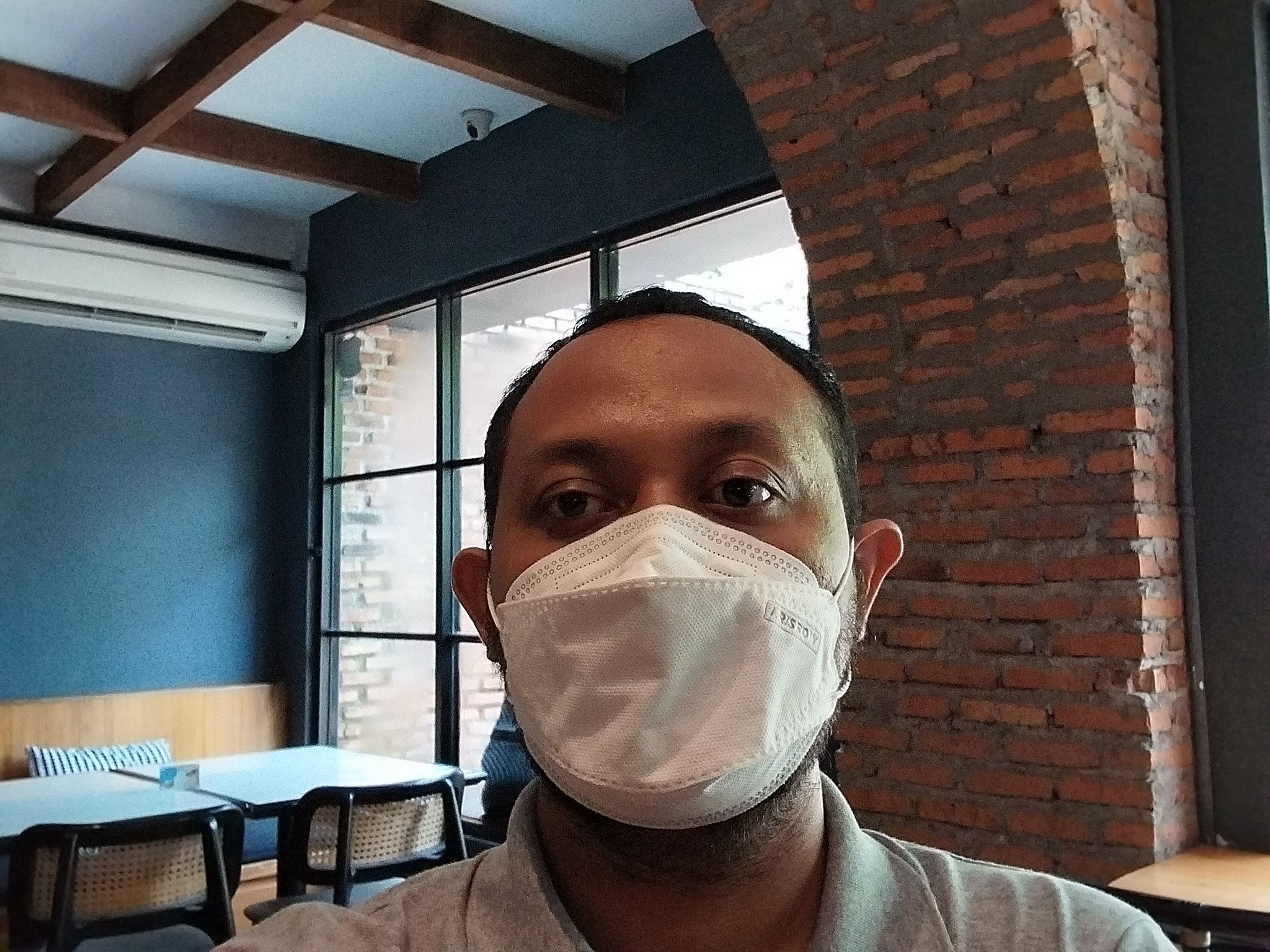 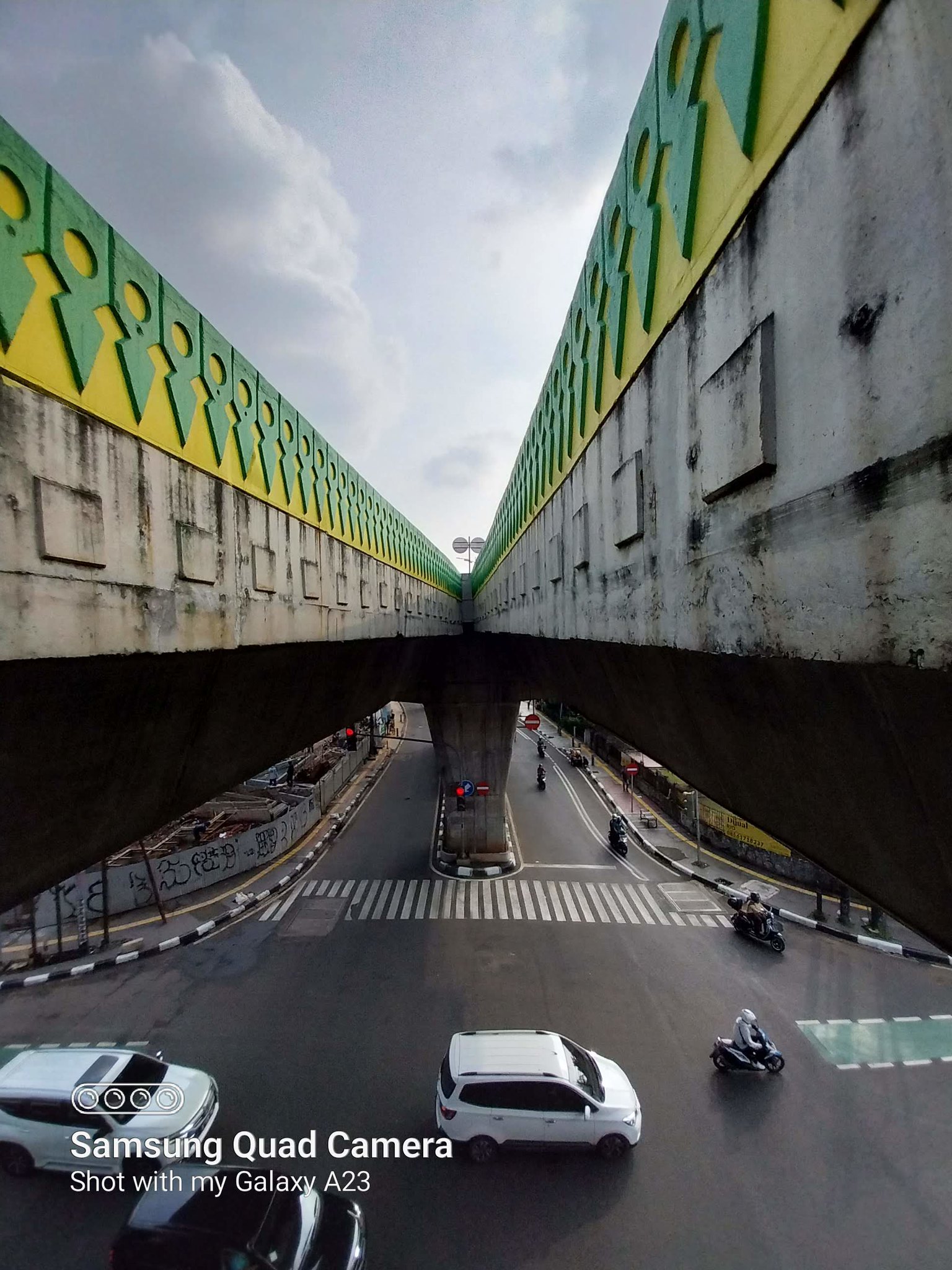 You can check other photo results from the Samsung Galaxy A23 camera in the following photo album.

It was mentioned above that the Galaxy A23 is equipped with Near Field Communication (NFC) technology. This feature is relatively a favorite of users in the current digital era, while also facilitating all activities related to the use of digital money. In addition to the type A13 and below, the type A23 and other A series already have this feature in each of their products.

In security mode, you will find a row of security modes according to the user’s character. But there is one thing that should not be forgotten, namely fingerprint . While the quality of the screen is less than capable of cramming a fingerprint sensor, the Galaxy A23 uses the power button area to be used as a sensor. As a result, the fingerprint verification process feels easy and fast.

One more interesting feature on this smartphone is related to RAM settings. Even though it has been packed with 6GB of RAM capacity, the trend of virtual RAM – an extension of the setting mode on the PC system – has also been adopted by the Galaxy A23. The RAM Plus feature on the smartphone has three options: 2GB, 4GB, and 6GB. Users can choose the desired additional virtual RAM.

However, the presence of virtual RAM does not significantly increase computing capabilities as does physical RAM. Virtual RAM only encourages the use of massive applications at a time can be more comfortable to use, or multitasking so much easier. Especially in today’s era of fat app memory capacity.

Talking about the performance of the Galaxy A23, it is quite capable. Equipped with Snapdragon 680 chipset with speeds up to 2.4 GHz, 1.9 GHz. And combined with 6GB RAM memory and 128 GB ROM (can be added up to 1TB via the memory slot). Daily performance for  basic use in multitasking mode is also no problem at all. Switching between menus is  smooth.

The combination is enough to encourage this smartphone to be used as a gaming and video editing device. For gaming with 3D visuals that we tried, entitled Endless Nightmare: Weird Hospital, it provides camera dynamics and comfortable audio output. For a middle-class smartphone like this, gaming performance is already very good, really .

In the performance test using the Antutu Benchmark, the results obtained for the Galaxy A23 as predicted will not reach the top ranking.

The 5000mAh battery capacity for now is very sufficient to support the performance of the Galaxy A23. Also for users who like to spend a long time in front of the smartphone. This capacity also has support for charging power through the fast charging feature to charge the battery quickly.

In idle conditions , unused, even though the data network is continuously turned on, it does not make this smartphone battery drop quickly. I myself had silenced this smartphone for almost a week, interspersed with photographing activities, in fact it did not make the battery condition run out quickly. When it was used again, there was still about 13% left before I finally charged it back at the stopover.

The Samsung Galaxy A23 may not be the best of Samsung’s A series. But this smartphone is definitely worthy of being an option in the middle class. Some of the embedded features are sufficient to meet today’s basic needs. Like the existence of NFC, which is very useful when you want to check or top up your digital money balance.

Samsung priced this product at the official price of USD $231, -. The price is relatively able to compete with other smartphones in the same class, but with different advantages. There are always pluses and minuses for every smartphone product in the middle class. Then the priority of the user will determine which smartphone will eventually become the main choice.