With a price of slightly under $695, the realme GT 2 Pro is equipped with specifications and features that are equivalent to the best caste smartphones from other brands. There are even some new innovations that it introduces.

Here’s the realme GT 2 Pro review after testing it for a week.

For those who are tired of the glossy back of the smartphone, the GT2 Pro will provide a breath of fresh air from the design side. realme uses recycled paper material that can be crossed out with a pencil. Realme GT2 Pro designer, Naoto Fukasawa, named the design as Paper Tech Master Design which was inspired by The Future in Paper .

The body itself is made of a biopolymer that produces up to 35 percent less carbon emissions than typical case materials such as polycarbonate. This unique material is effective in giving a different feel. There is no slippery feeling in the hand when holding it without the case. What feels, a luxurious texture that is rarely felt on a smartphone.

For some users, the white color does make it easy to get dirty. But it turns out that the realme GT2 Pro body is easy to clean. You can also use a pencil eraser to remove the dirt on the body.

What we like, the weight of the realme GT2 Pro is quite light. It’s a bit surprising considering that most flagship phones have a heavy weight. But it turns out that one of the reasons behind its light weight is the absence of a telephoto camera. For the camera, the realme GT2 Pro takes a different approach to most flagship smartphones. There is no telephoto camera, but instead the realme GT2 Pro has been equipped with a microscope camera and a fisheye camera with a 150-degree viewing angle.

One other uniqueness of the Realme GT2 Pro camera lies in its ultra wide camera which is equipped with a 50 megapixel sensor. This is a unique step considering that usually ultra wide cameras are equipped with cameras with smaller sensors. Even though it has the same resolution of 50 megapixels, the main camera of the realme GT2 Pro uses a Sony IMX 766 sensor with an f/1.8 lens. It is superior to its ultra-wide camera which uses an f/2.2 lens and the Samsung ISOCELL JN1 image sensor.

The photos from the two cameras in ideal light conditions are very good. Bright and mature colors will be successfully captured by the camera. Camera response is also swift with accurate exposure and focus. The following is an example of a photo of the realme GT2 Pro without editing. 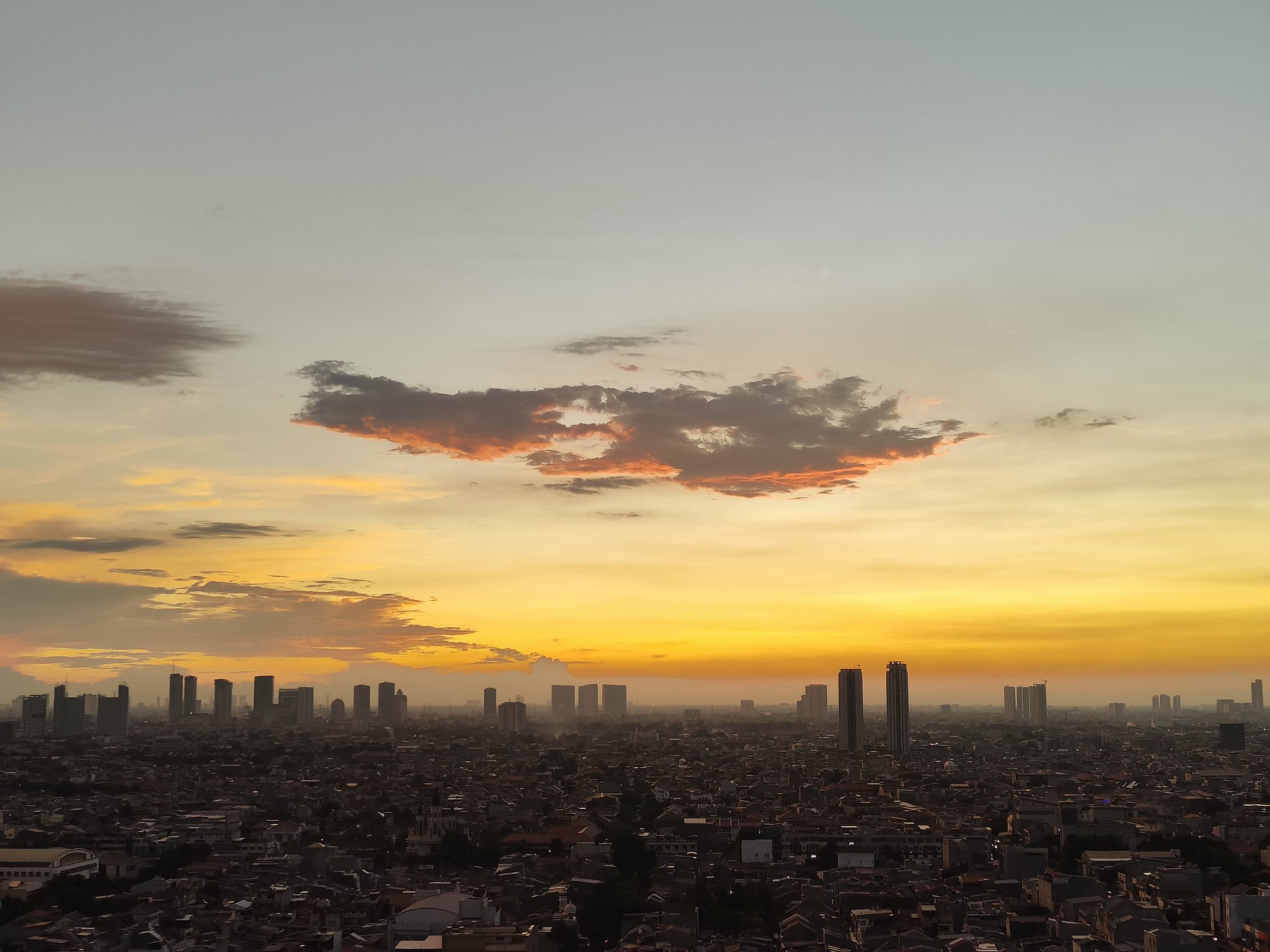 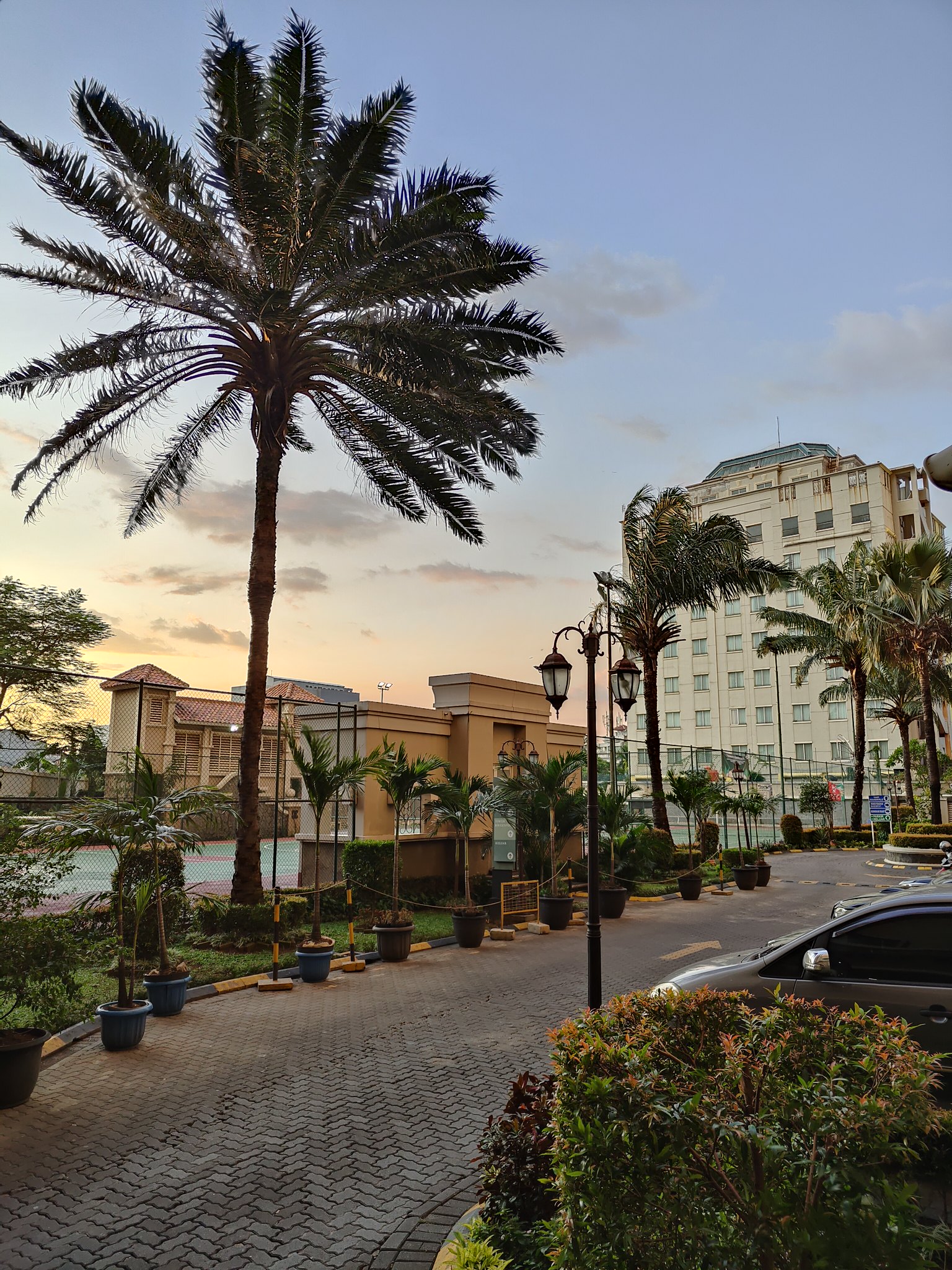 The following is a comparison of the results of the main camera and the ultra wide camera of the realme GT2 Pro, directly without editing. 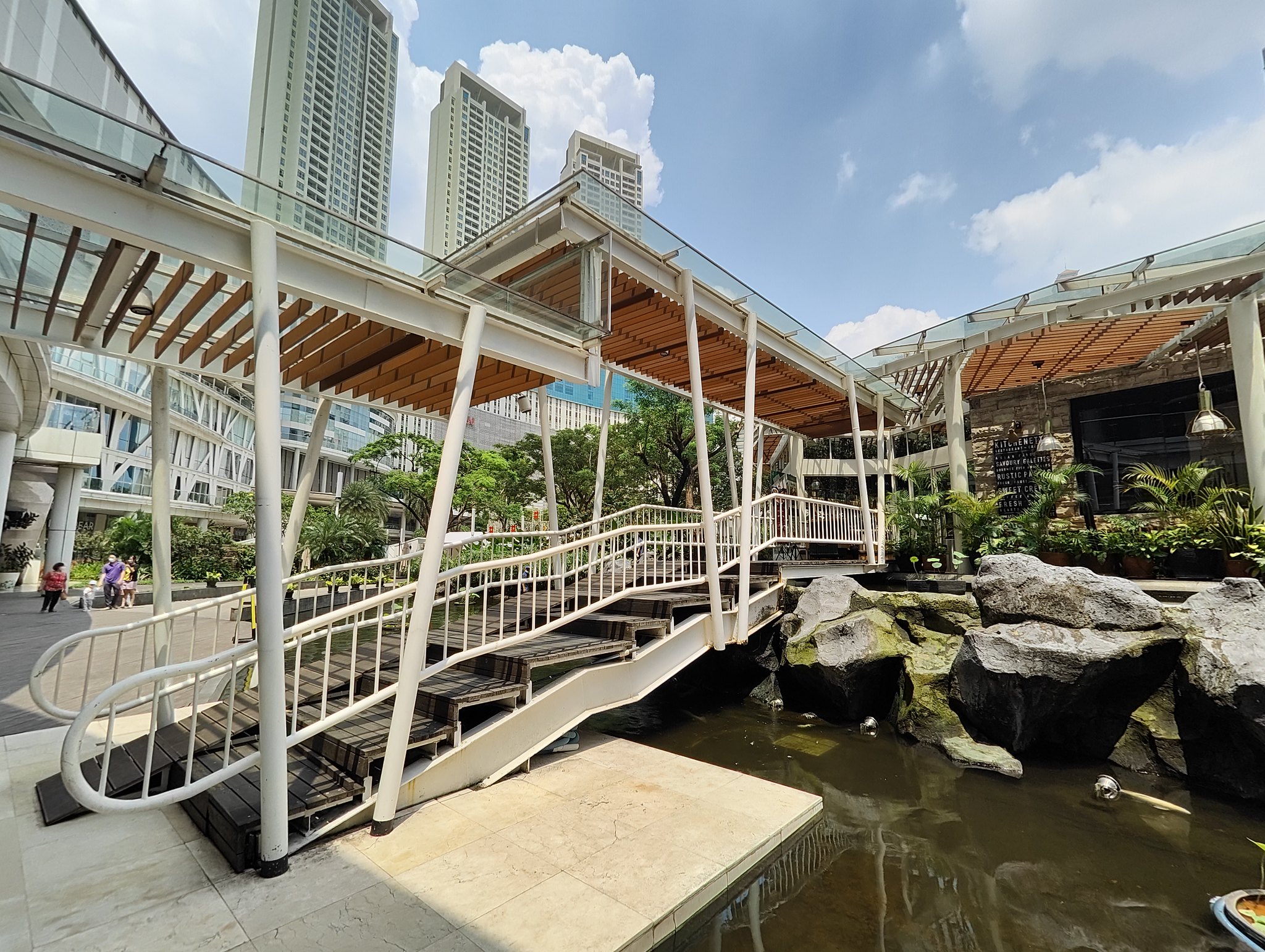 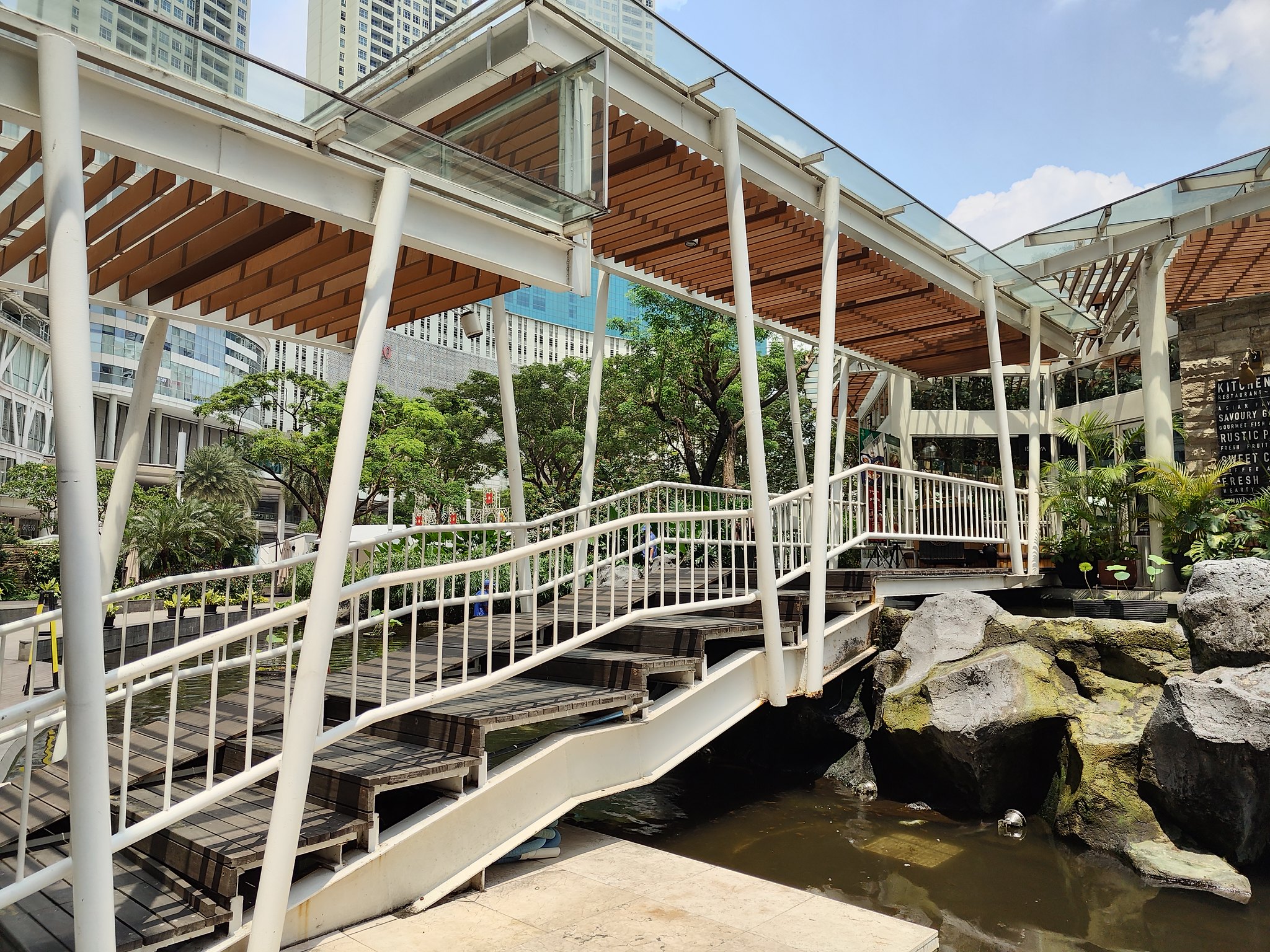 In a room with bright enough light, the results of realme GT2 Pro photos can still be relied on. Details and sharpness are still very good, with colors not being too saturated. 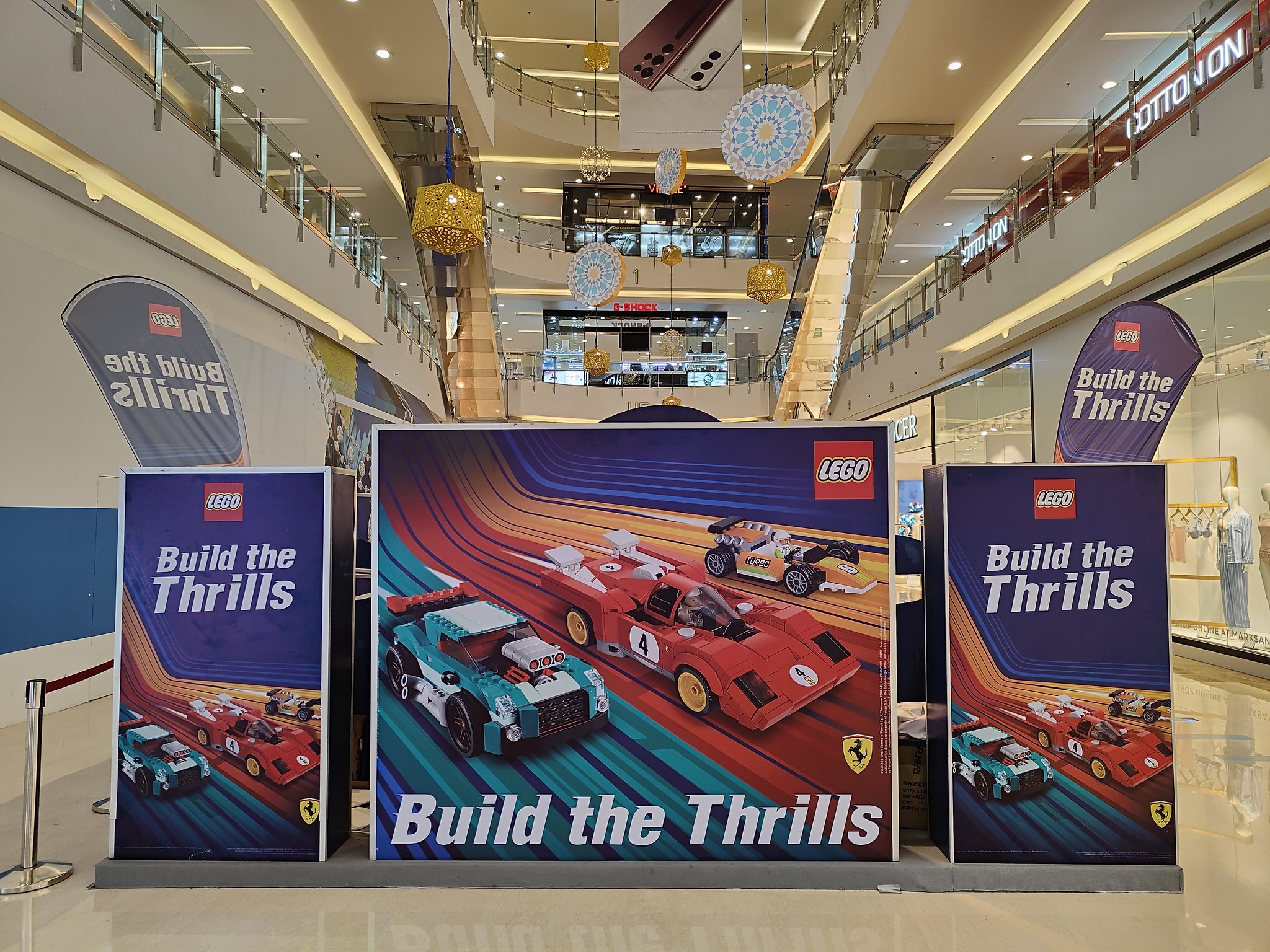 One thing that makes it still below the flagship smartphone is the ability of the camera to take pictures in low light conditions. The results of the night photos are indeed quite good, but not as good as other flagship smartphones such as the Samsung Galaxy S22 or OPPO Find X3 Pro which are much more expensive. The use of Night Mode does increase the dynamic range and color saturation, but at the expense of detail and sharpness of the photo. But this is only visible when the photo is zoomed in to 100% on a large computer screen. Here are the results of the realme GT2 Pro night photos without editing. 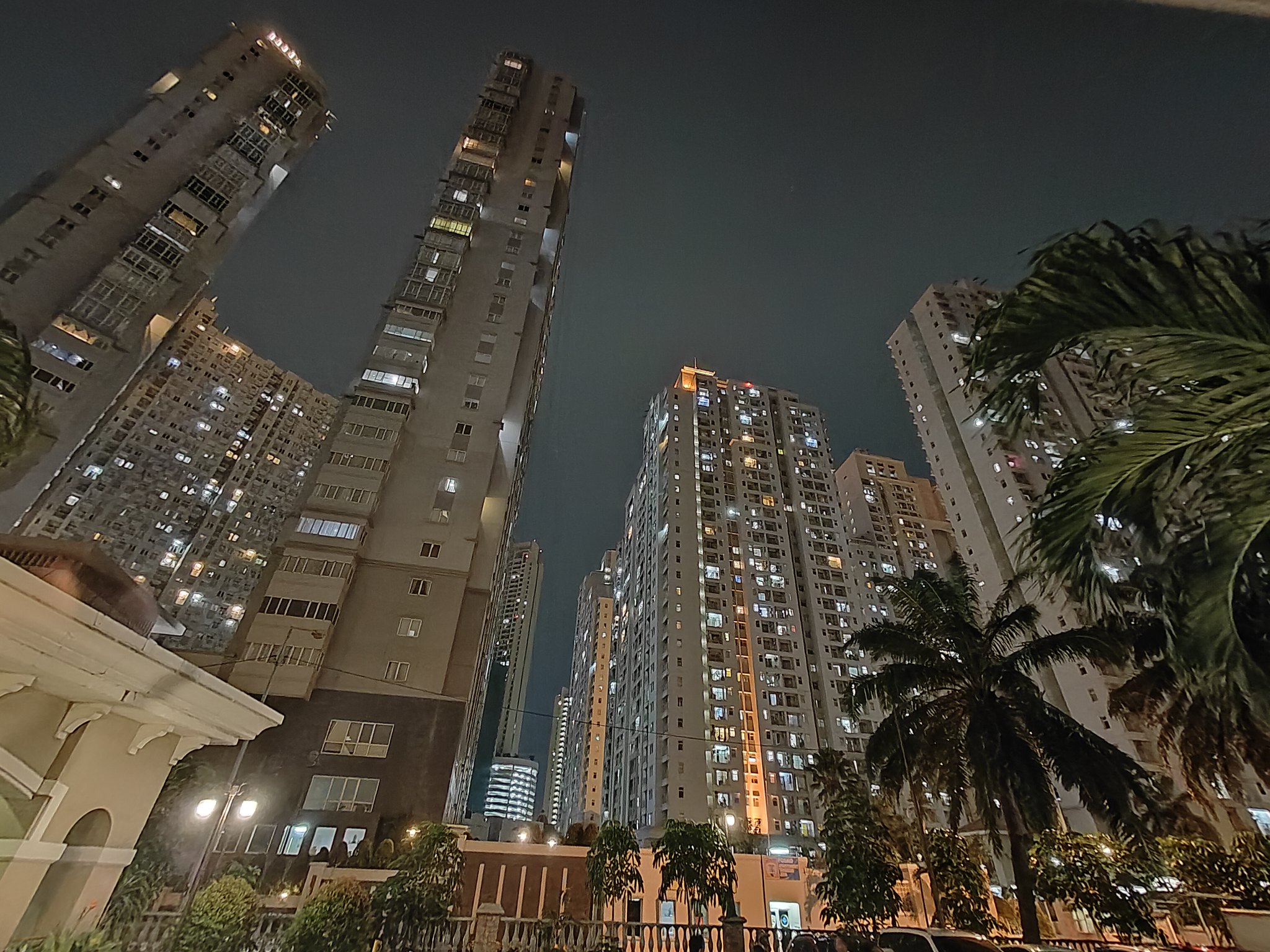 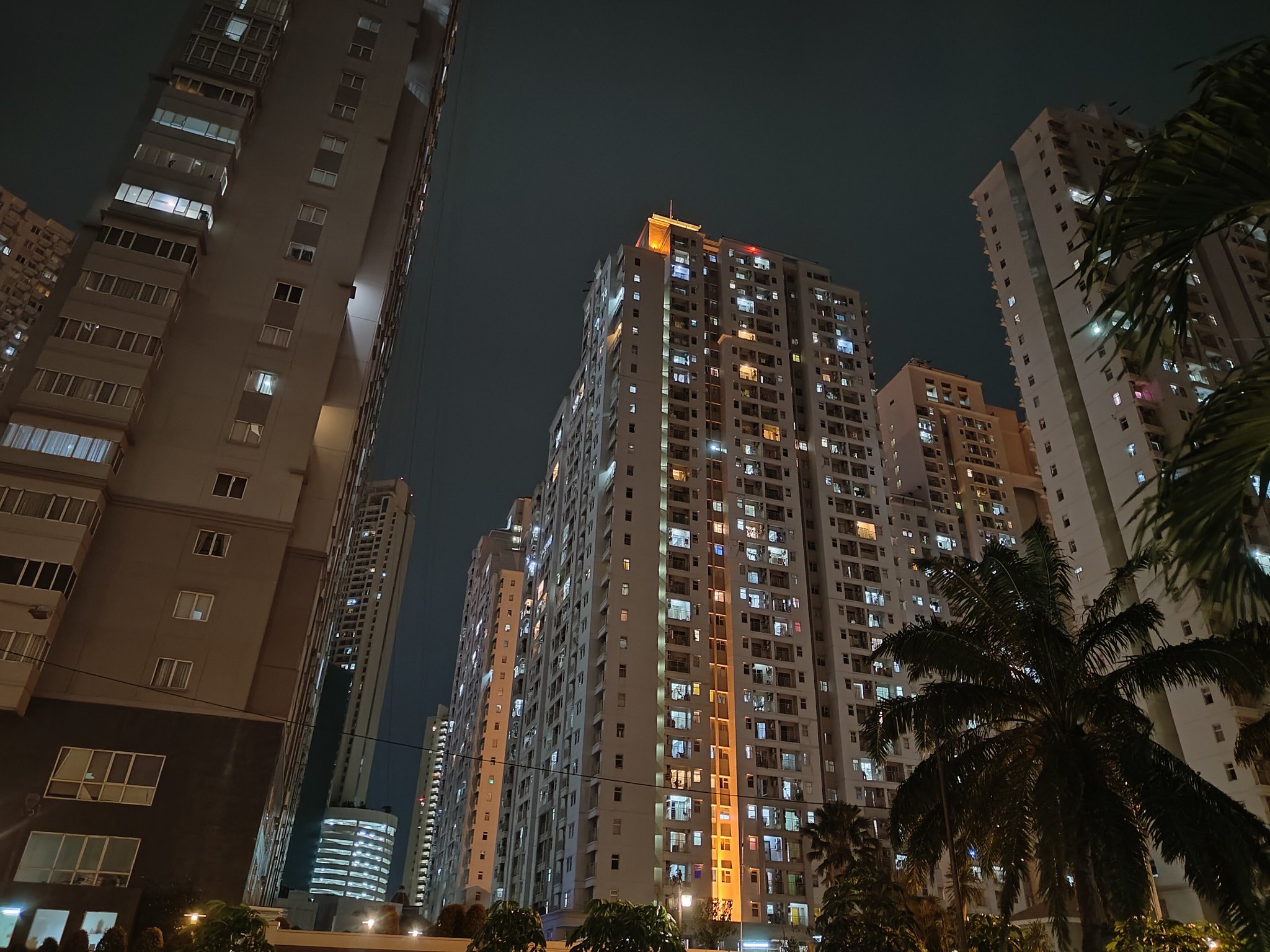 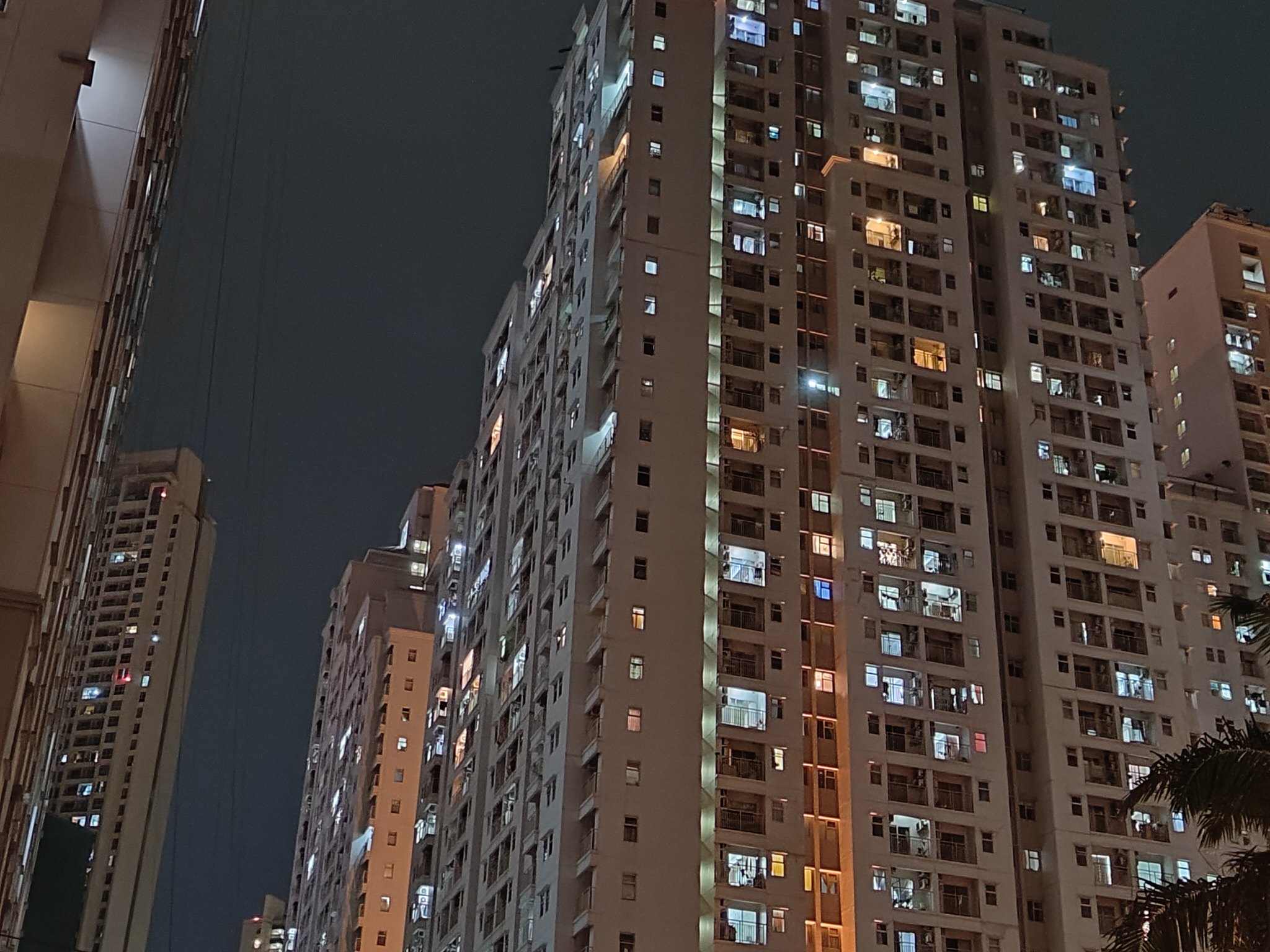 Fortunately there is a Pro mode in Night Mode which provides manual settings options for better night photos, although in practice this mode will be rarely used by most users.

As previously explained, realme GT2 Pro has been equipped with unique shooting modes such as 150-degree mode and Fisheye, Microscope, Starry Mode and Tilt Shift. This microscope camera is capable of recording 3 megapixel photos from an extra close distance, with a choice of 20x and 40x magnification. This means, small insects will look big when photographed in this mode. Likewise other objects such as threads on cloth or very small writing. Here’s an example of a photo in microscope mode . 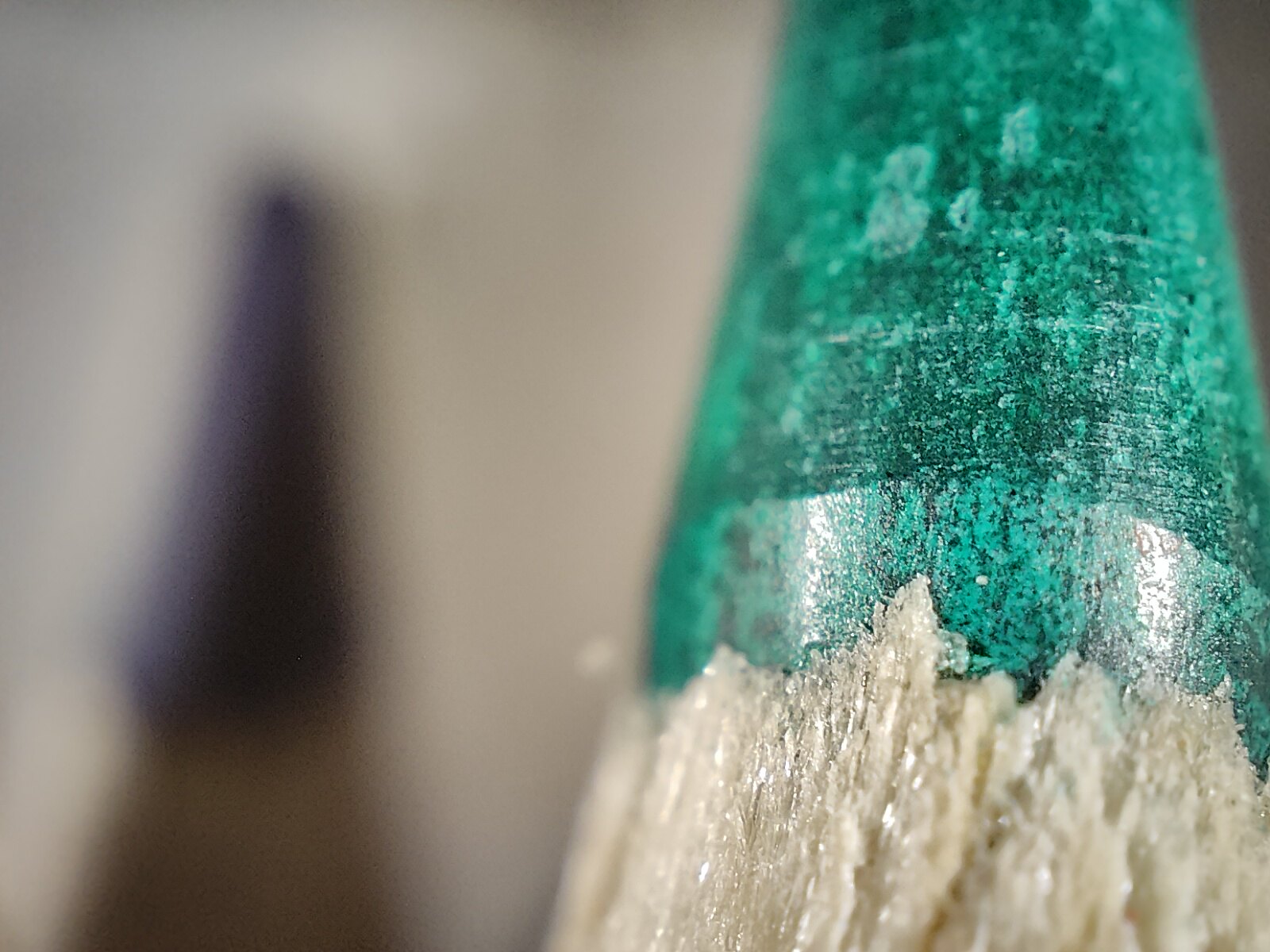 For those who feel that the ultra-wide camera is still not wide enough, you can choose the 150-degree mode. The photo quality isn’t as good as the main camera, but it’s still adequate for social media purposes. For the record, photos in this mode will look convex with distortion that is quite pronounced, as shown in the following photo. 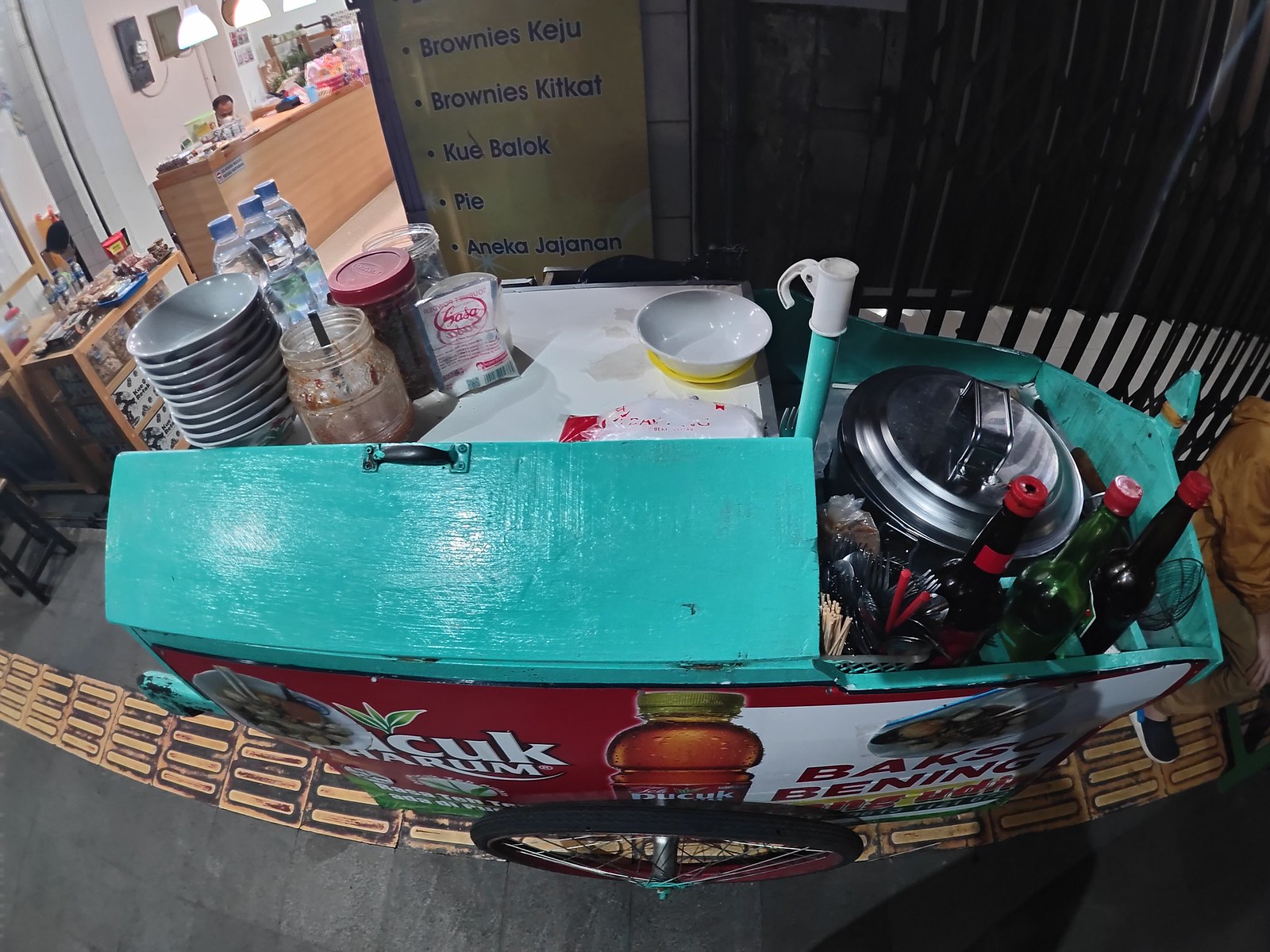 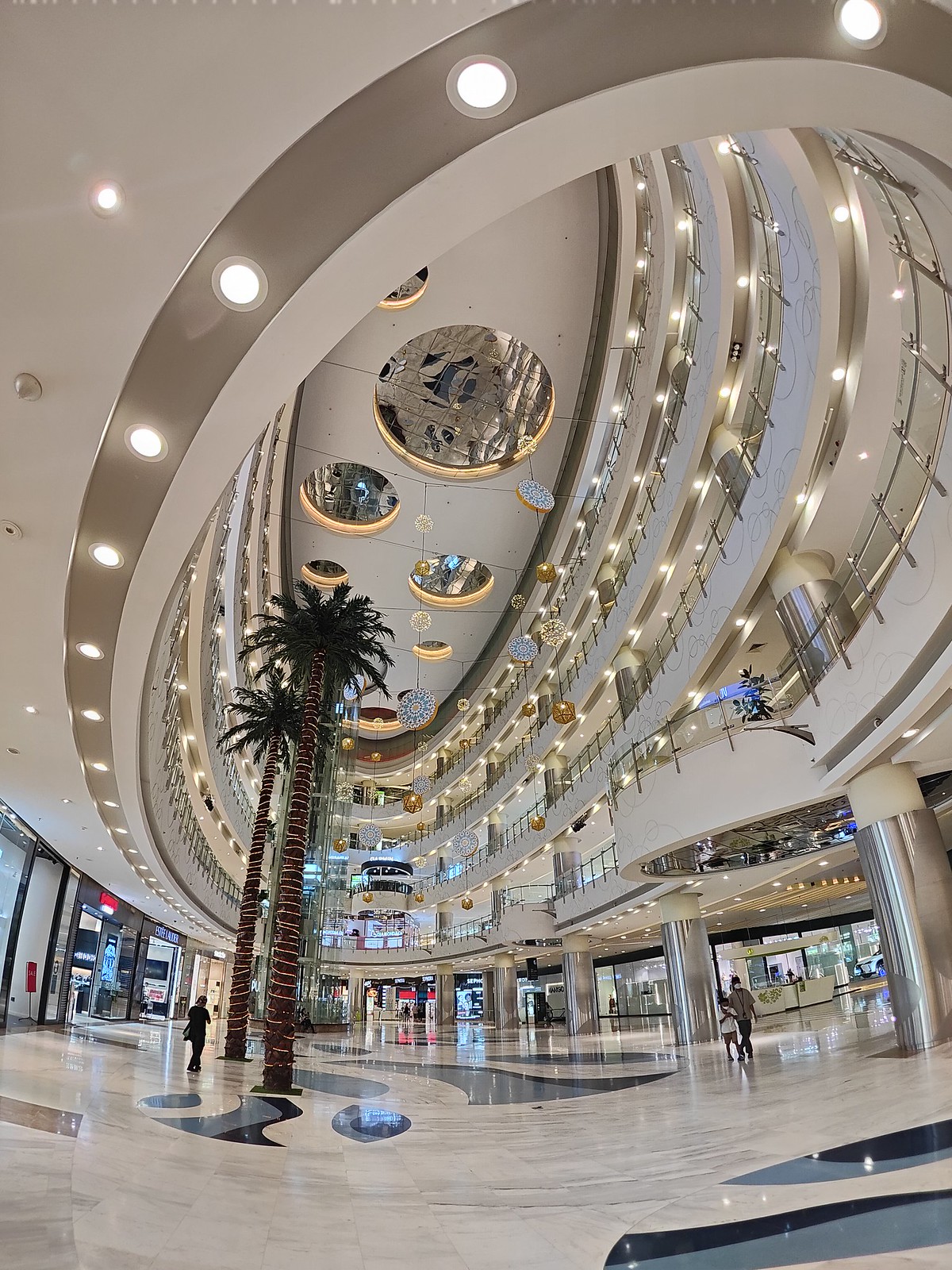 The photos from the front camera are also good, including portrait mode, if in ideal light conditions. Like the following example. 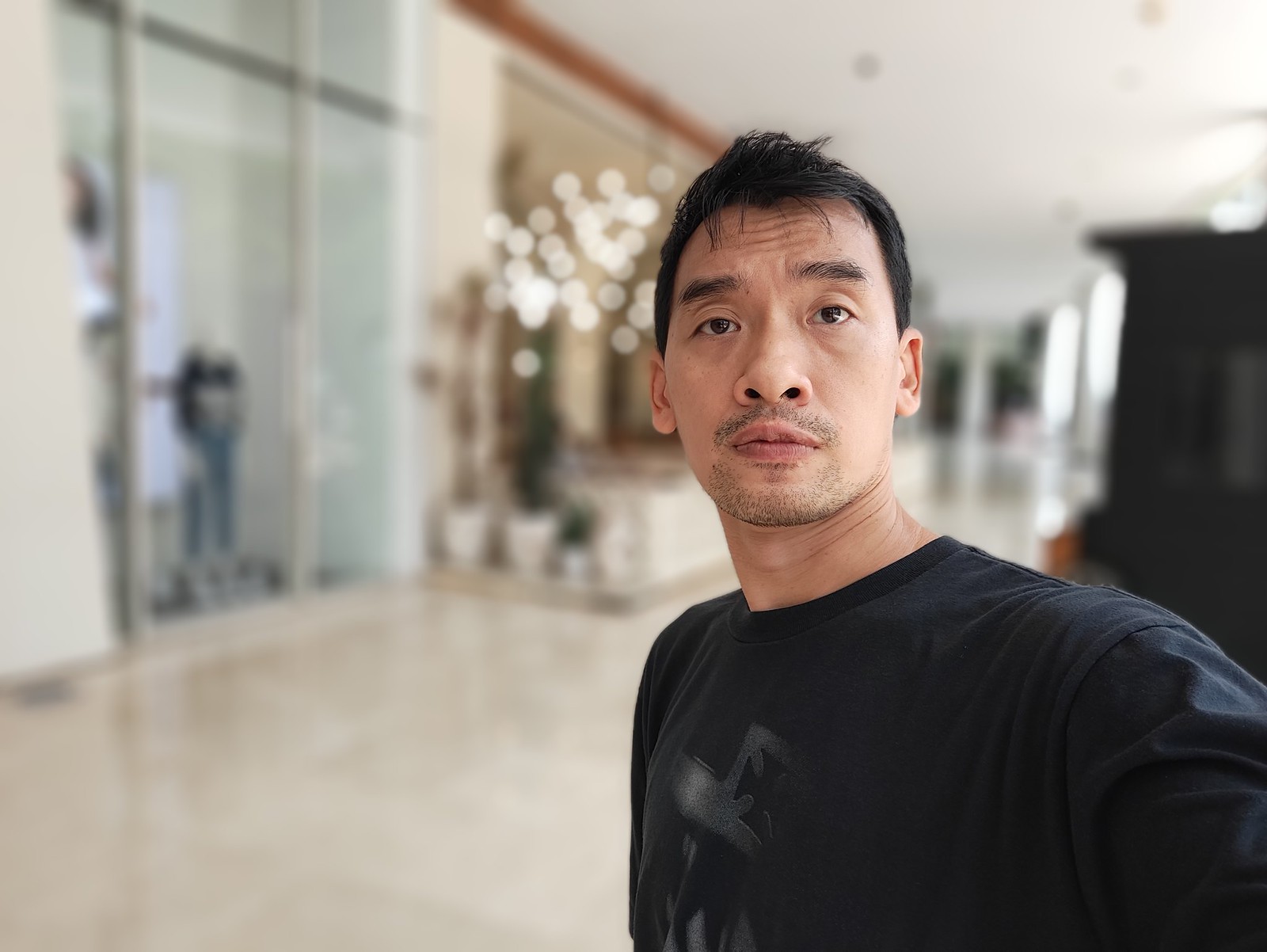 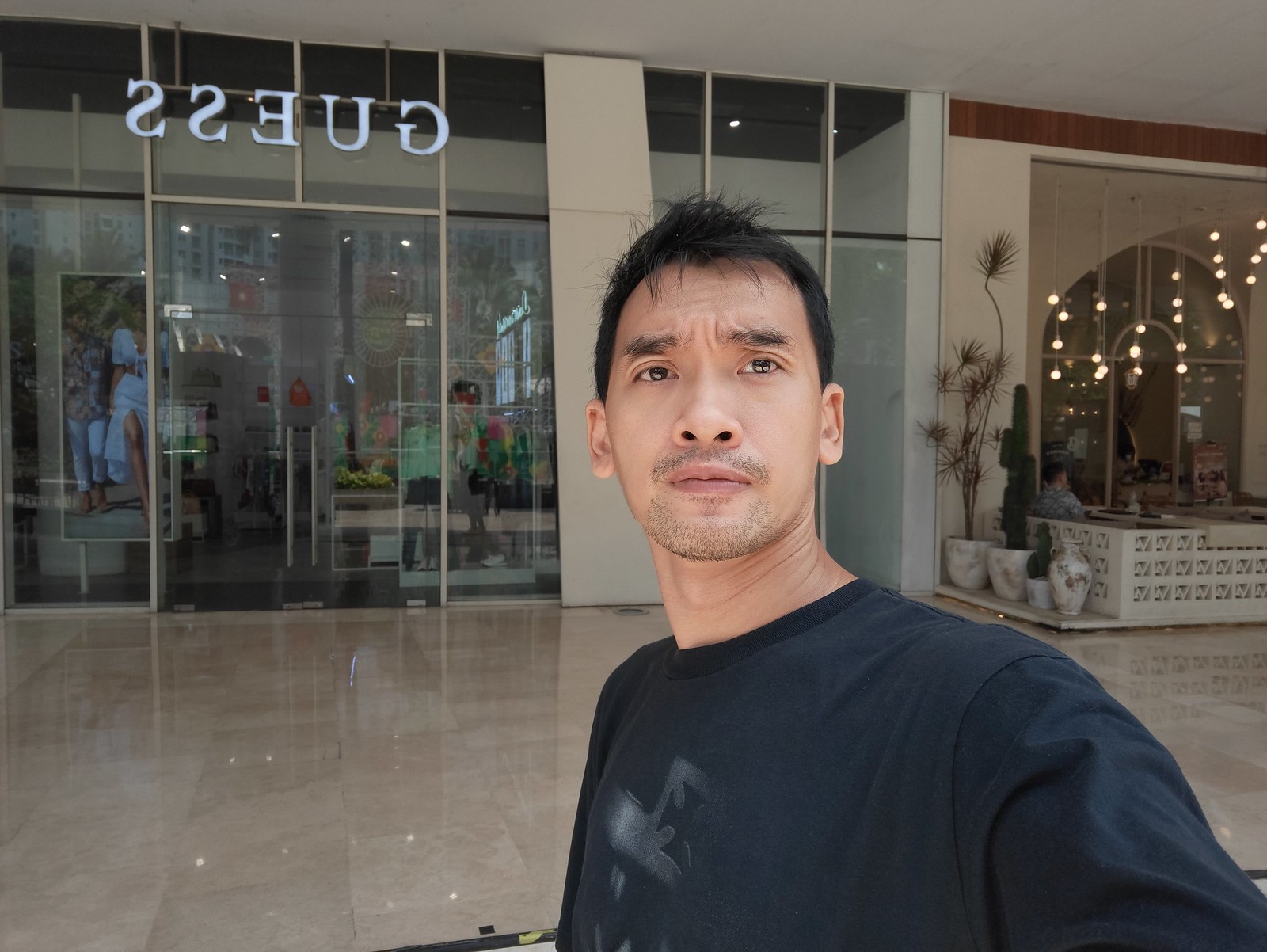 One feature that is demanded superiorly from a flagship phone is the ability to record video. realme GT2 Pro is not only capable of recording 4K video, but also up to 8K resolution. This makes it the most affordable phone that can shoot 8K video. Here’s an example of an unedited 8K video.

For those who like to record videos at night, there is AI Highlight Video which can produce bright footage in low light conditions. The video results that are limited to 1080p are quite good, as long as you don’t move much like the following video example (click the thumbnail to play the video). 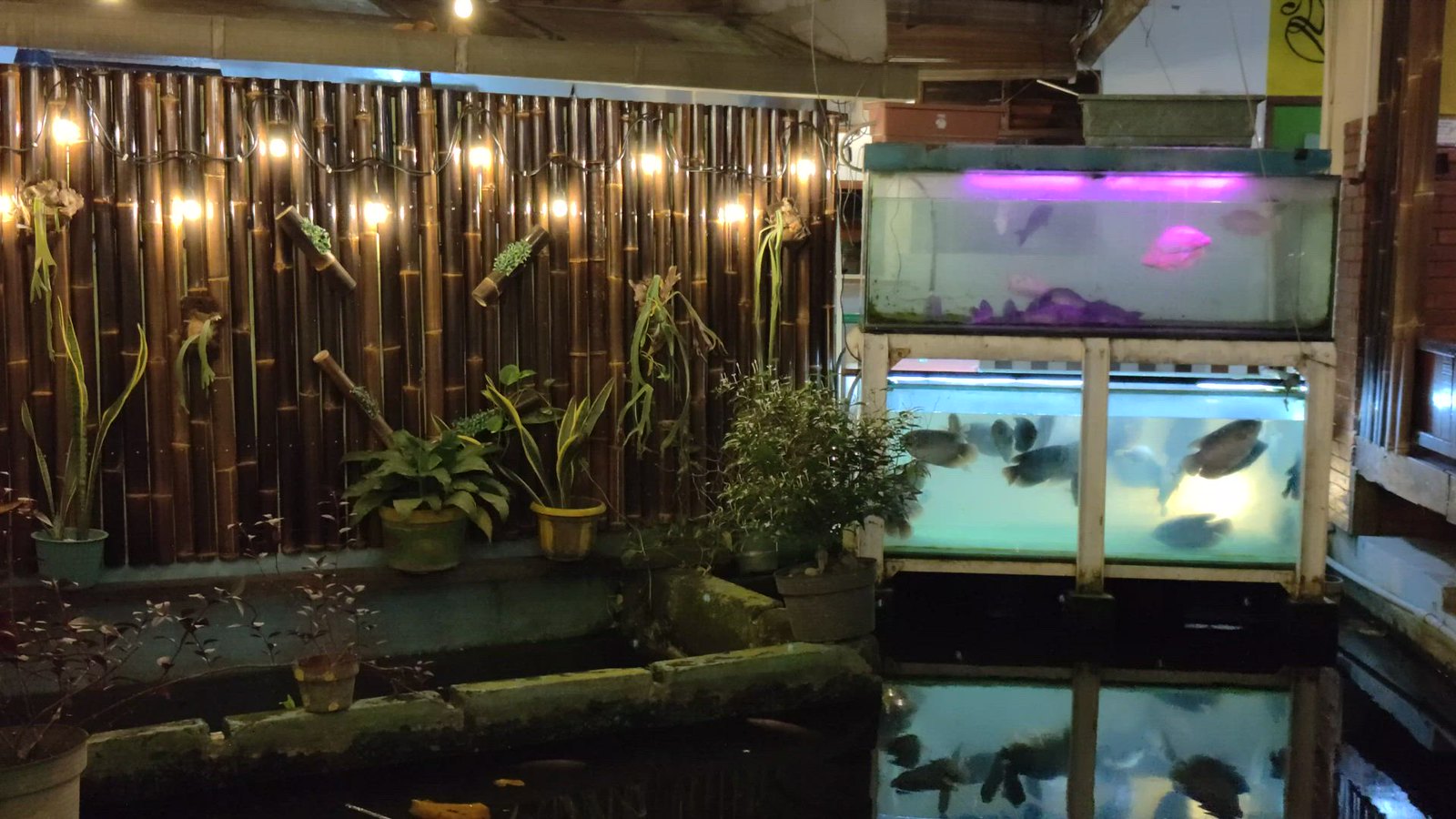 One thing that makes this phone very interesting is the choice of chipset it has. realme GT2 Pro has been equipped with the Qualcomm Snapdragon 8 Gen 1 chipset which is Qualcomm’s fastest chipset to date. So don’t be surprised if this phone is very fast when used to navigate smartphone functions and play various games. realme UI version 3.0, which is relied on in realme GT2 Pro, is proven to be smooth and smooth when used for various needs.

We tried to play some games on realme GT2 Pro and they all run smoothly. The 2x AMOLED screen is capable of displaying captivating game visuals, with a bright screen. Not only for playing games, the screen is also stunning when used for watching movies. Coupled with loud enough stereo speakers and Dolby Atmos support, the realme GT2 Pro has proven to be a reliable mobile entertainment center.

For cooling, realme GT 2 Pro uses the Stainless Steel Vapor Cooling Max system which is quite effective in maintaining the temperature and performance of the cellphone. When trying to play relatively light games like Need for Speed, the phone body only feels a little warm. But switching to heavier games like Genshin Impact, the phone body feels hotter. However, to record videos or download game updates, the body of the realme GT2 Pro immediately warms up.

The realme GT2 Pro’s 5000mAh battery life can also be relied on for all day activities. We were able to use it with a pattern of using messaging apps and social media quite often, recording photos and videos and playing games regularly, and the battery lasted about 16 hours. Charging the battery is also fast, if done with the 65W SuperDart charger included in the purchase package. We were able to charge the battery from 1% to full in about 45 minutes.

From several aspects, the realme GT 2 Pro is indeed worthy of being equated with a flagship smartphone even though it is sold at a lower price. Performance, design, screen quality and battery are on par with flagship phones of tens of millions of rupiah such as the Samsung Galaxy S22 and OPPO Find X3 Pro.

However, the quality of photography at night is still below these flagship phones. Instead, realme provides interesting photographic features such as a microscope and fish eye. But this addition is not necessarily relevant for some users.

So for those of you who want a smartphone with fast performance, an efficient battery and a good screen, and rarely take photos in low light conditions, the realme GT2 Pro can be the best choice in its class.

The advantages of realme GT2 Pro

realme GT2 Pro ideal for whom?

Complete photography features that exceed the latest flagships from other brands can provide flexibility for mobile photographers to be creative. We haven’t rated the quality of night photos using Night Mode as the flagship, but if you want to bother using Pro mode and bring a tripod, the results of night photos are satisfactory.

For content creators on TikTok and Youtube, the video quality from the main camera is very satisfying. Moreover, there is support for 4K 60fps video recording which results are really good. But it’s a different case with the front camera which is a bit less good. So if you use the rear camera more often, the realme GT2 Pro is a worthy choice.

For professional workers and business people, the realme GT2 Pro’s battery life and performance will be able to help during daily activities. Its unique and elegant design can also be an icebreaker when meeting a relationship who is interested in technological developments.