One thing that potential users question is the durability of the Flip4 when used with a careless style of use. From our tests, which accidentally dropped the Flip4 several times, this folding phone has a pretty solid build quality.

Samsung has also ensured this by implementing several features that strengthen it such as Corning Gorilla Glass Victus + to make the screen and phone more resistant to impact and Ultra Thin Glass which increases the resistance of the screen when opened and closed.

The hinges also have a new design that is thinner, but stronger. This is what allows the Flip4 to appear a bit more compact than the Flip3. These smaller hinges also make it harder for dust or gravel to slip through for greater safety.

The finishing of the body is no longer as shiny as it used to be, but it still feels luxurious to the touch of a finger. The compact size of the Flip4 when folded is still a plus for users who crave a small physical phone but has a large enough screen. Overall, this phone is very similar to the Flip3 but with a number of minor improvements that make it more reliable to use. Like other Samsung flagship phones, the Flip4 screen is capable of displaying stunning visuals. Colors look deep, with high contrast. So does the response of the screen to touch. The screen is also suitable for playing games, although the screen looks wider (or elongated) than most cellphone screens. Support for a 120Hz refresh rate will make the gaming experience enjoyable for games that already support it. But keep in mind that activating the 120Hz refresh rate will make battery consumption more wasteful.

The fold in the center of the screen will be visible if you are using it for the first time to play games or watch videos. But once you get used to it, the crease won’t be bothersome. This screen fold is only annoying when you are shooting bright areas. You will see a slightly dark striped area in the middle of the screen. With its foldable design, the Samsung Galaxy Z Flip4 5G is one of the best phones for selfies. This is not because the camera on the inside is superior, but because we can use the main camera on the outside for selfies more easily. 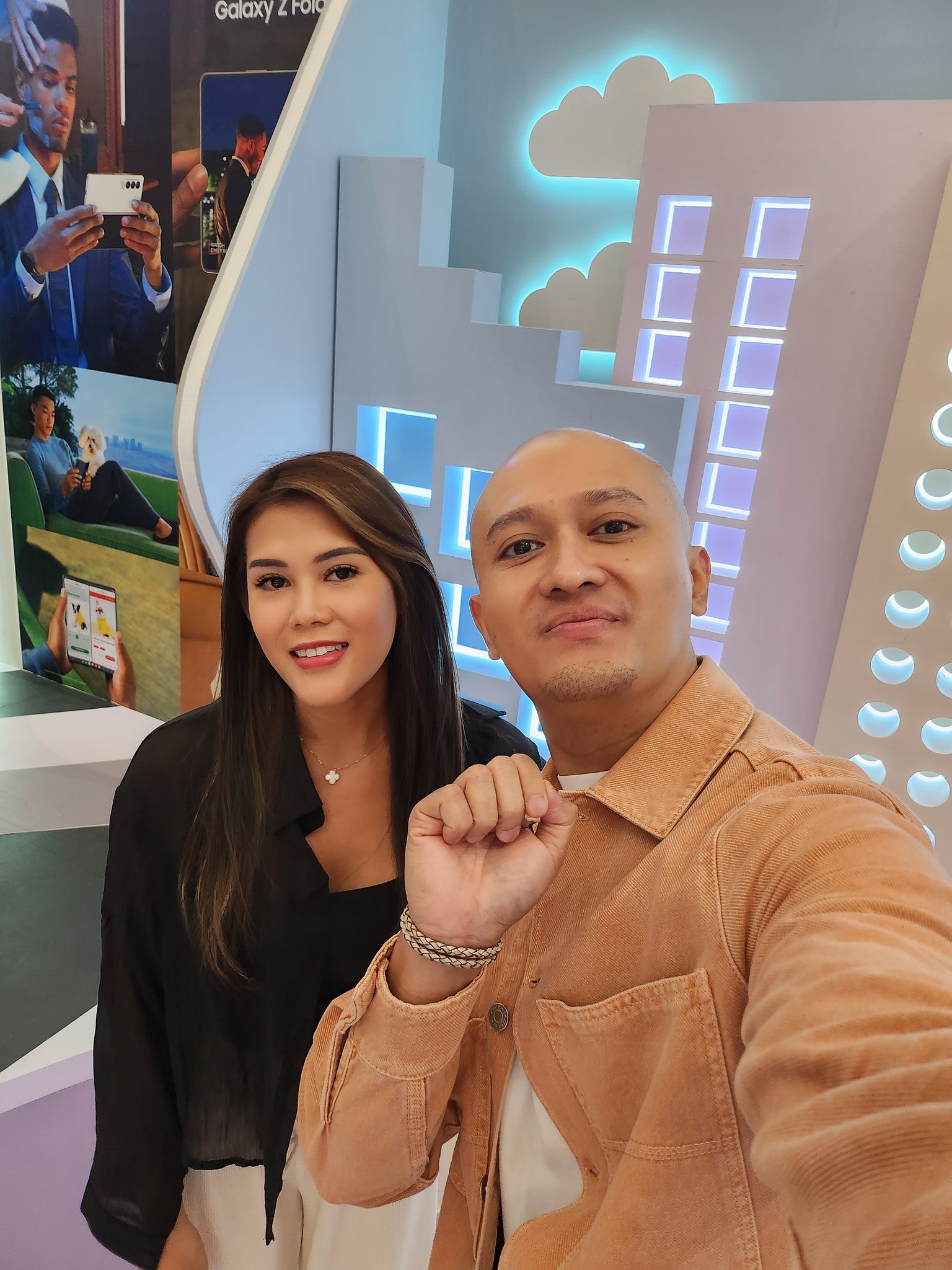 Flip4 is also quite okay when used to take selfies at night, as shown in the following photo. 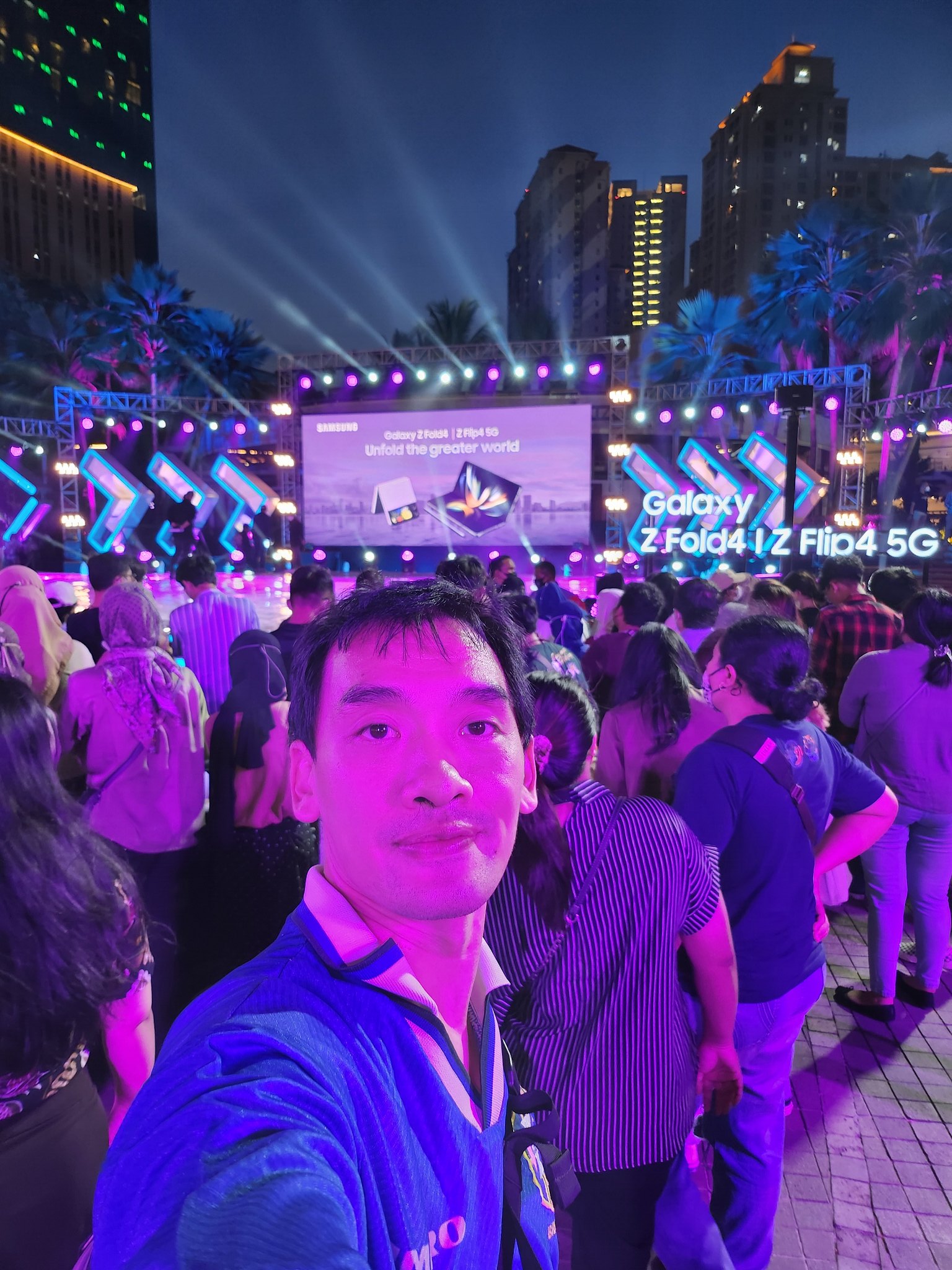 One advantage of the Flip4’s folding design is that it’s easy to shoot from unique angles that are often difficult to achieve with regular phones. For example, the following selfie photo, which can be easily produced just by placing the Flip4 in a half-open state. 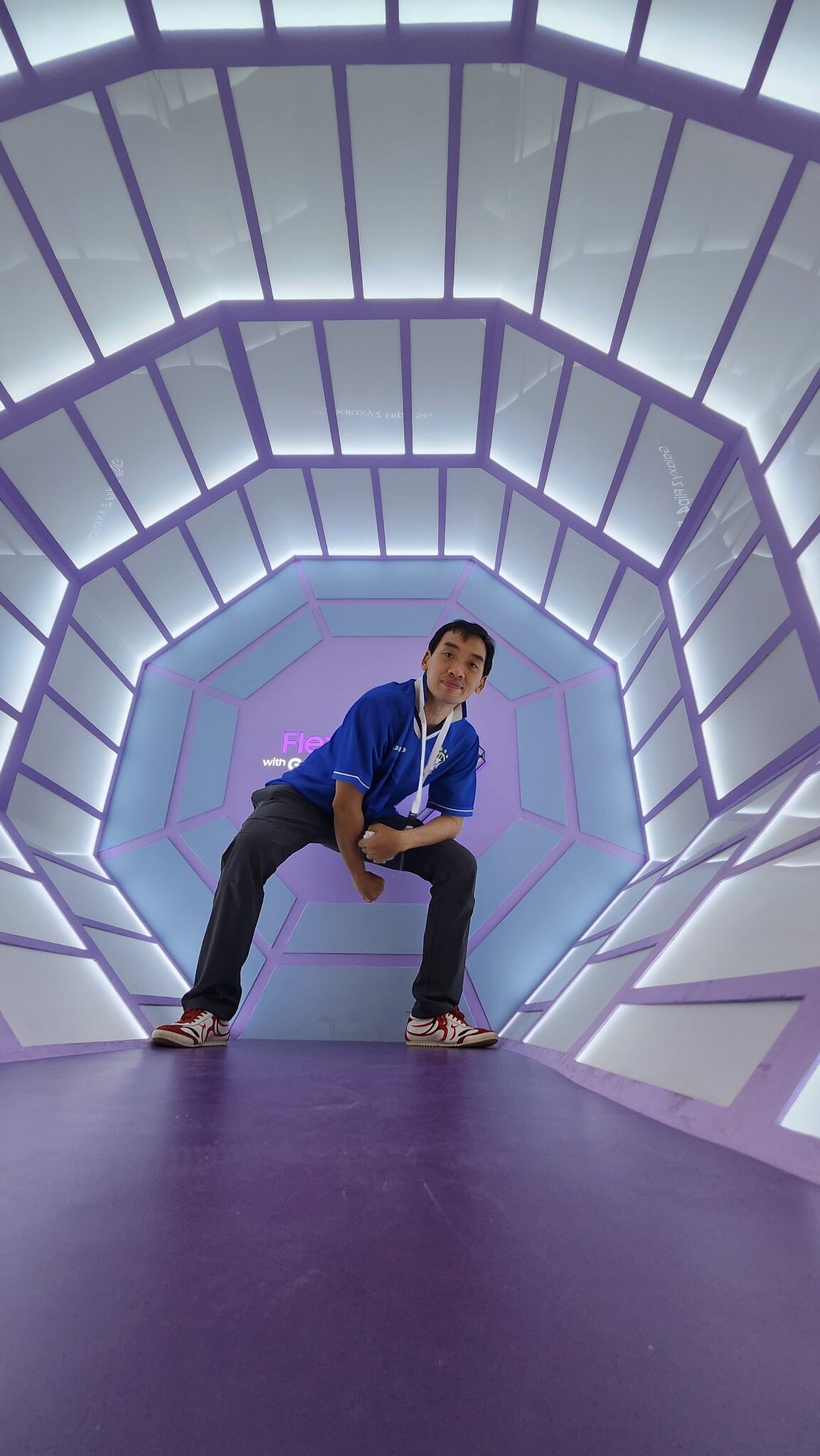 For photos and videos, the Samsung Galaxy Z Flip4 5G is quite satisfying. The main camera photos in ideal lighting conditions such as outdoors look very good, with details and colors that are pleasing to the eye. Even if you shoot from a close enough distance, the resulting bokeh effect is also quite natural. Here are the results of Flip4 photos without editing.

Switching to low light conditions, the photos are still quite good, although there is a decrease in detail and sharpness when the photo is viewed at 100% magnification. Noise is quite minimal and only visible in dark areas. Here’s a photo of the Samsung Galaxy Z Flip4 in low light conditions. 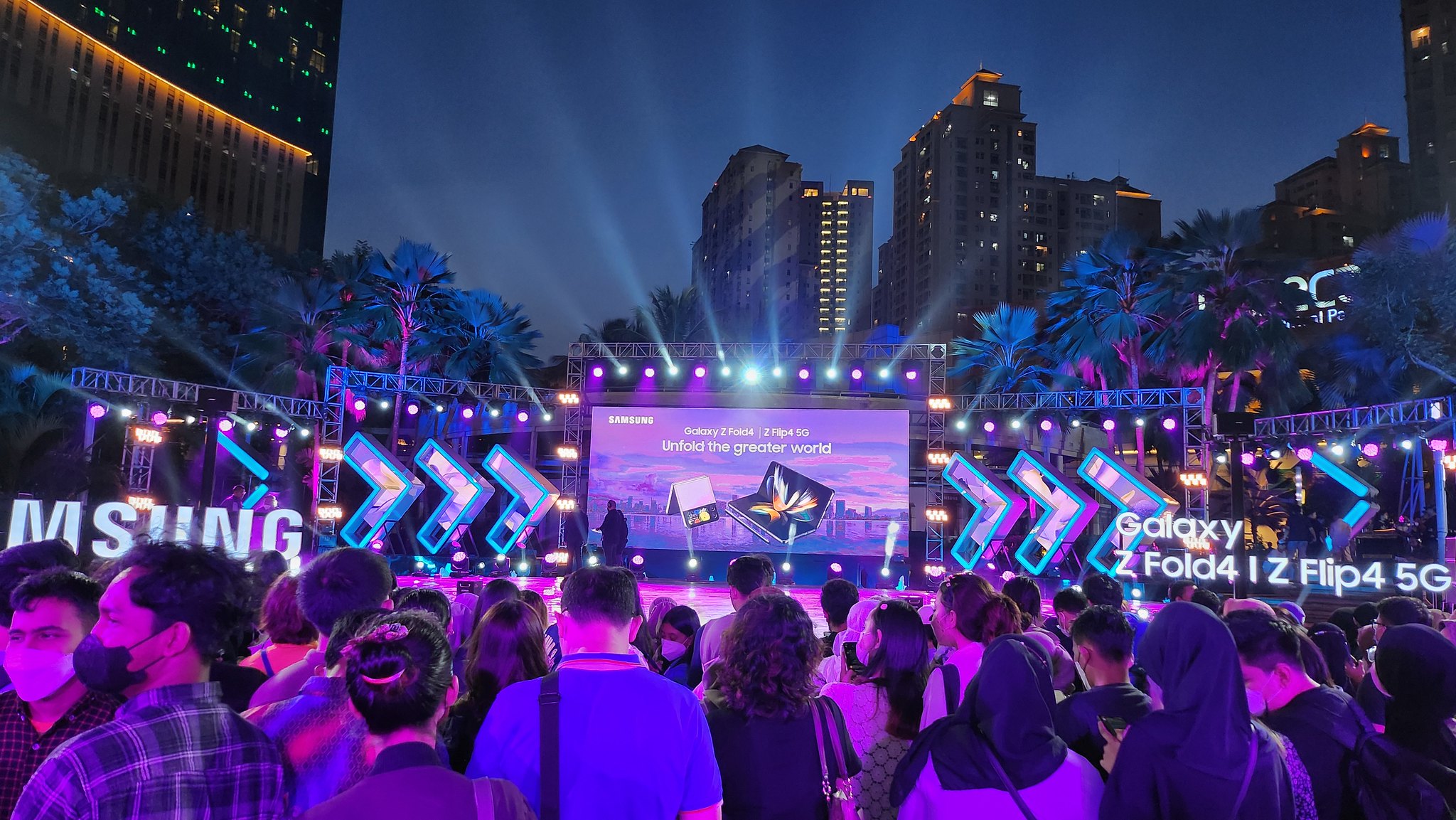 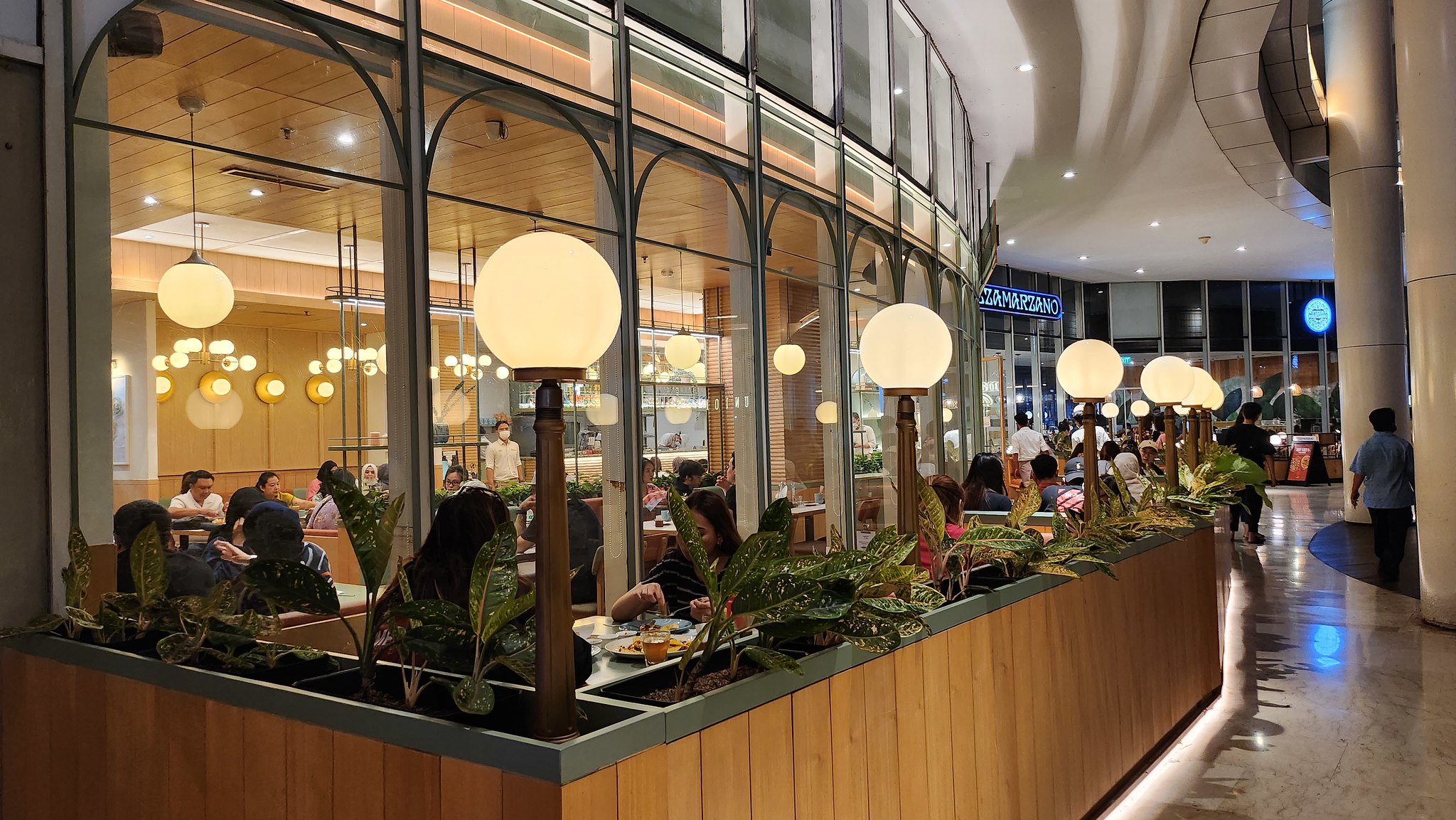 For light conditions in the room, the results are quite good. We managed to get an appetizing photo of the food with the Flip4 main camera as shown in the following photo which was not edited at all. 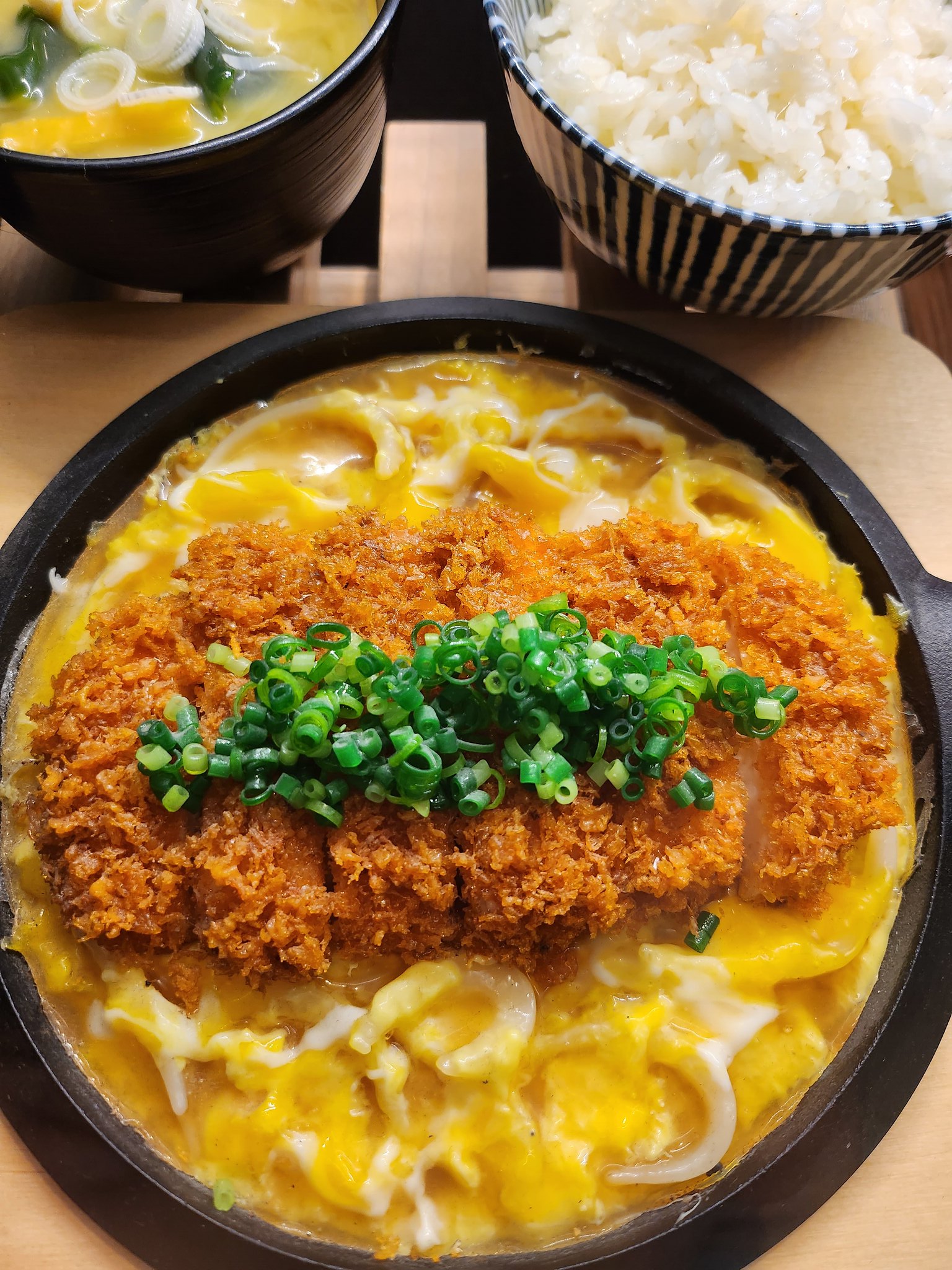 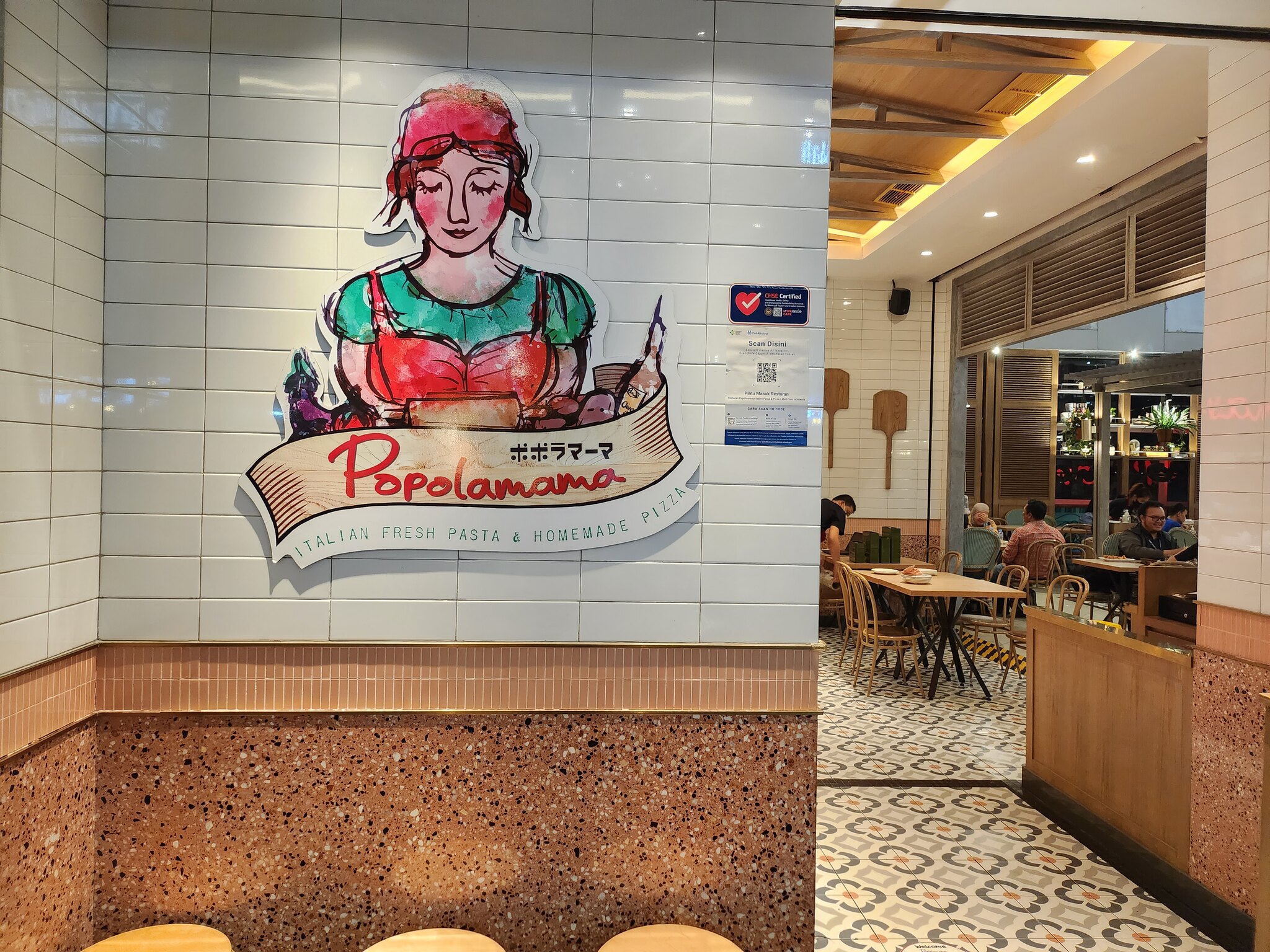 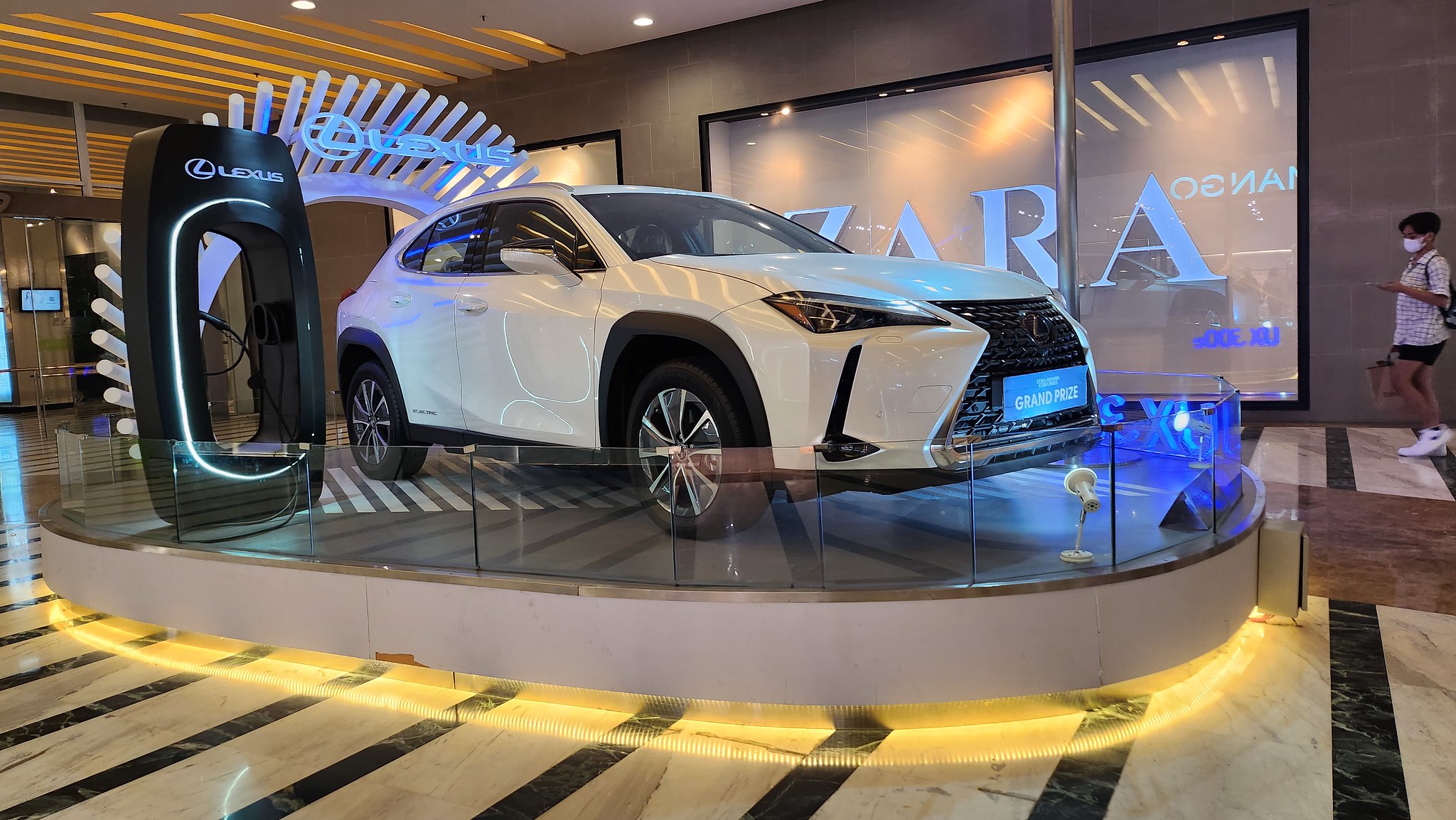 No surprises for the results of the ultra wide camera. Like other cellphones, the photos with the ultra wide camera are still below the main camera, although not too far away. Distortion is also quite noticeable if the photo is taken from an upper or lower angle, but that must be understood considering that the focal length of the Flip4’s ultra-wide camera is quite wide.

Here’s a photo comparison with an ultra wide camera and a normal camera. 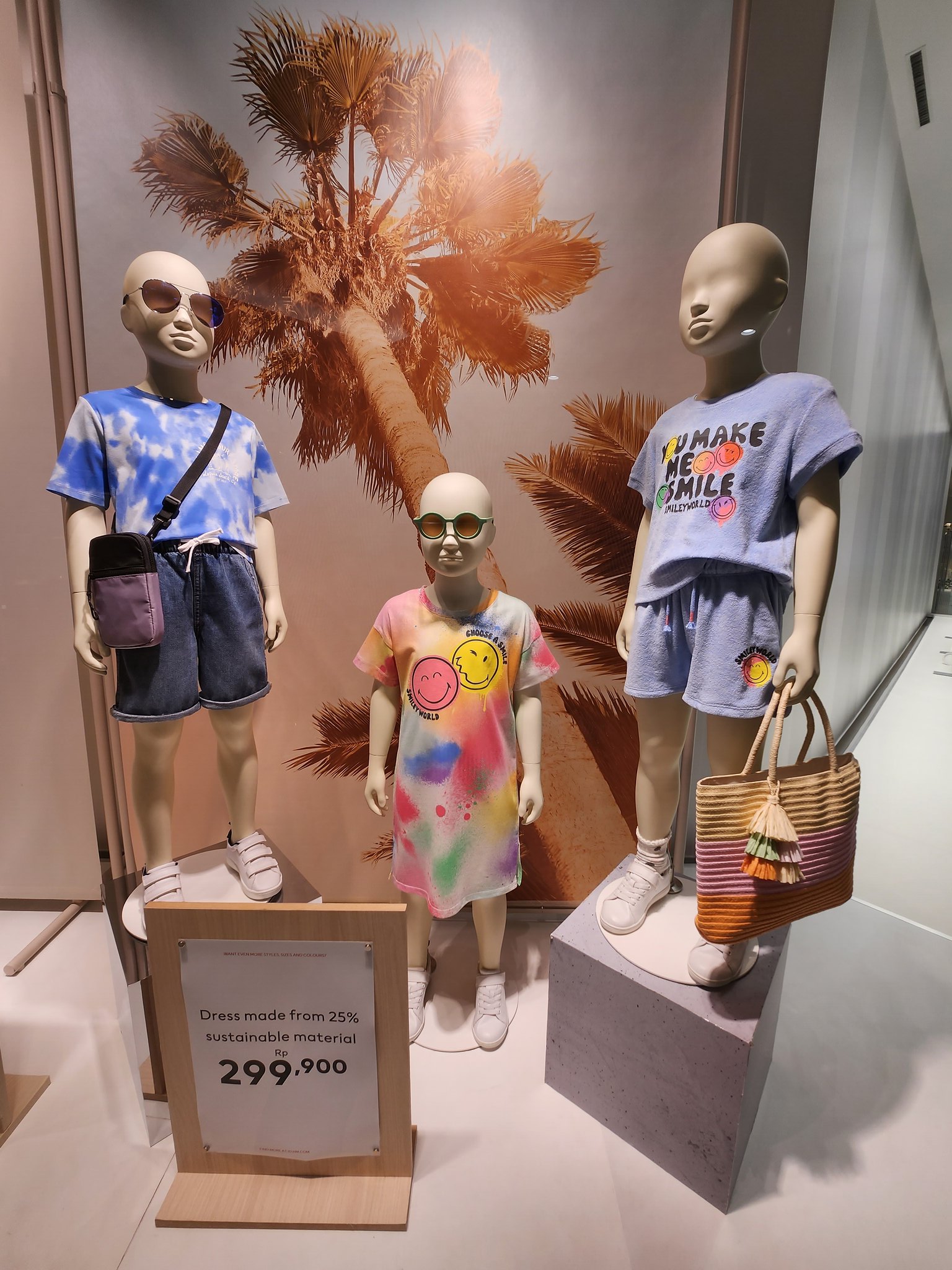 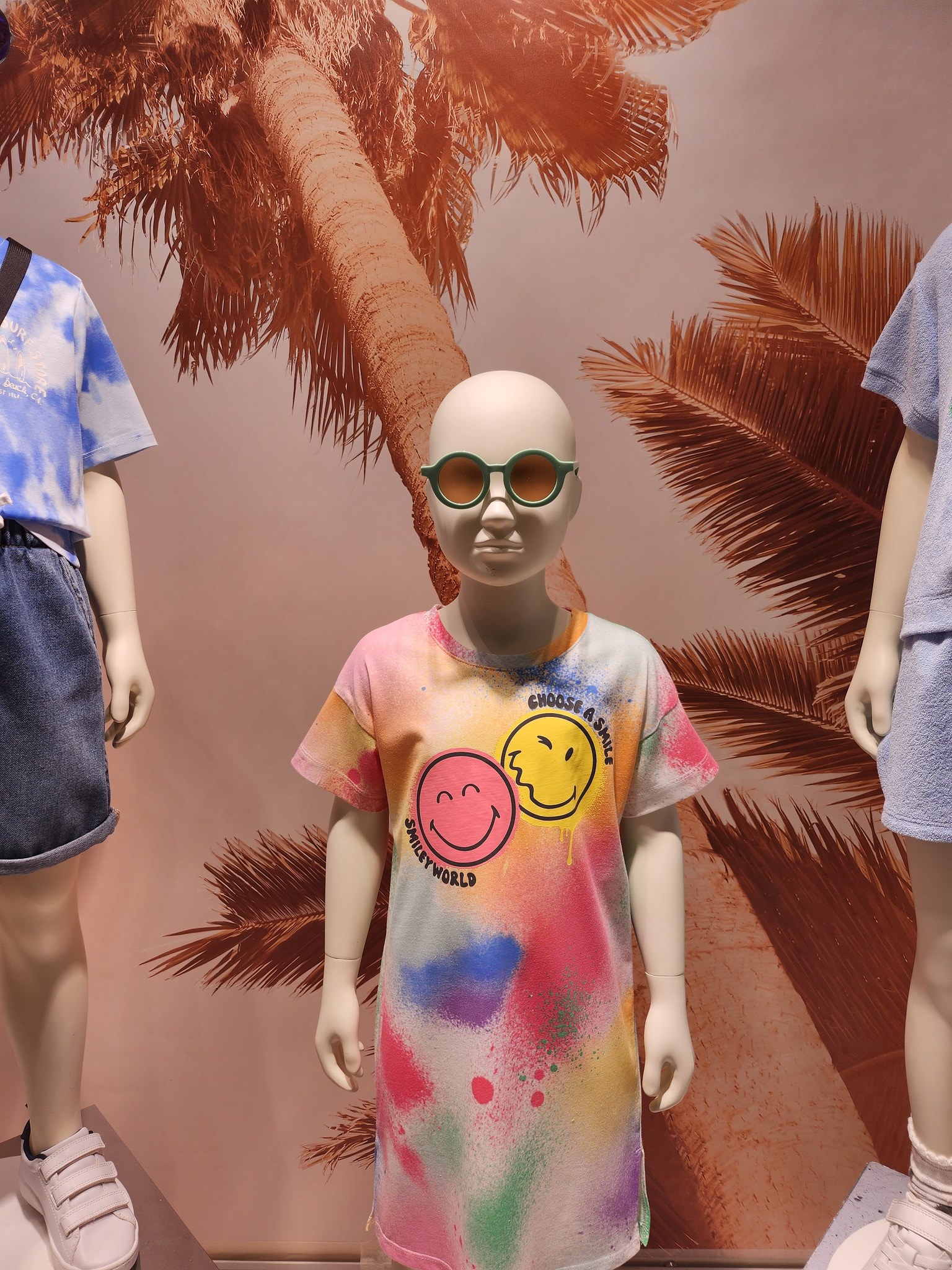 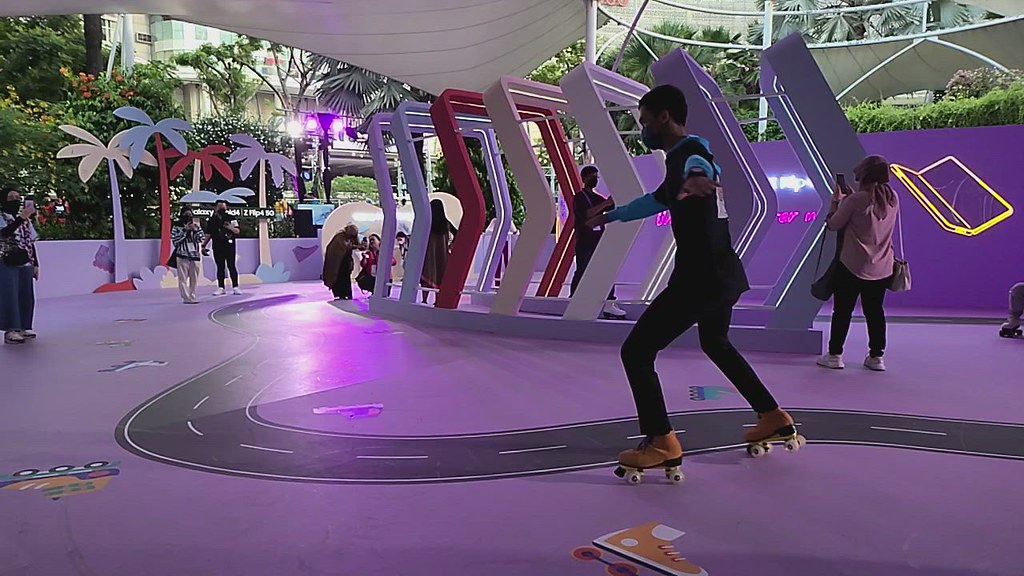 With its foldable design, the Flip4 is more independent than other phones that will need a tripod more often. This phone has also been equipped with VDIS (Digital Image Video Stabilization) so that the video recording remains stable when the user is recording while walking or while panning as follows. 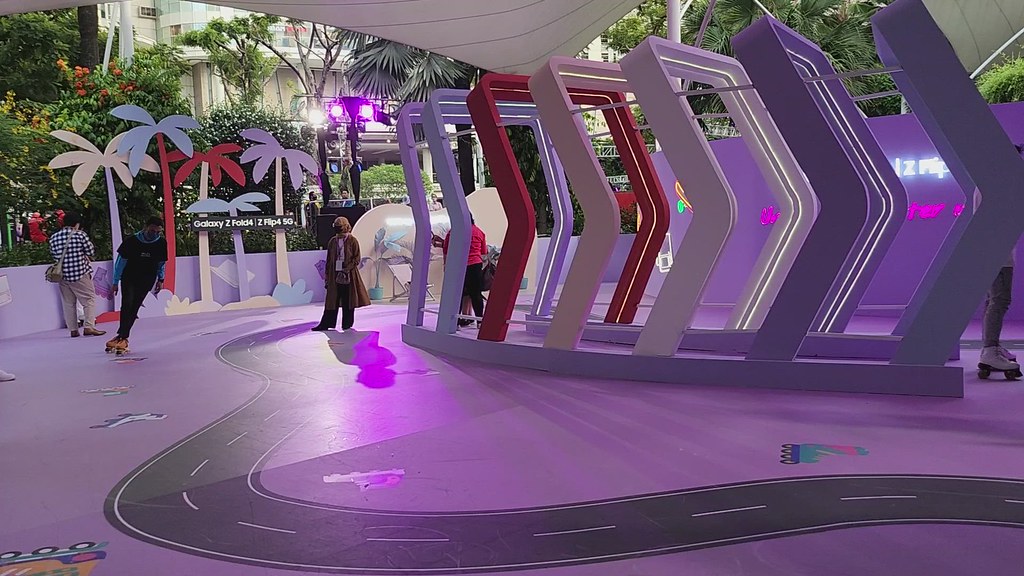 In terms of specifications, the Samsung Galaxy Z Flip4 5G relies on a Qualcomm Snapdragon 8 Plus Gen 1 (4nm) processor and fast 8GB LPDDR5 RAM. As a result, Flip4 feels fast when invited to play games and perform other tasks. When working full time such as playing games or recording 4K videos, the Flip4 body will feel hot. But still in a reasonable category that is still comfortable to use.

The Samsung Galaxy Flip4 has packed a 3700mAh battery, an increase of about 20 percent compared to the Flip3. But for users who actively record photos or play games, Flip4 will only last about 7 hours. For users who are more active in accessing social media and chatting , Flip4 can last about 9 hours. This time record is still below the average Android smartphone in its class which can last more than 11 hours. So for users who need battery life throughout the day, it seems that they have to have a power bank or always carry a charger with them when they are on the move.

When compared to Flip3, Flip4 now appears with a similar design but with better comfort and practicality of use. The bigger battery, although the durability is still below our expectations, is one of the key things for its convenience. Likewise with better physical strength. Performance and cameras have also improved, although still below the similarly priced Samsung Galaxy S22+.

We hope that Samsung will soon adopt this design concept for the more mainstream market, with the specifications lowered, so that more users can try it out. For now, we recommend the Samsung Galaxy Z Flip4 for those of you who are looking for a compact phone with an attractive design, good camera, and a waterproof body.

+ Rush performance for a variety of tasks

+ The screen display quality is very good, on par with other Samsung flagship phones

+ Price is still the same as Flip3

– Battery life is still below average

– Internal camera quality is only on par with mid-range phones

Who is suitable to use the Samsung Galaxy Z Flip4?

Those who care about fashion and want to make their cell phone one of their everyday fashion accessories will find the Flip4 perfect. Especially considering that Flip4’s unique and creative accessories are guaranteed to make them look different and more attractive.

For those who like to create content for YouTube, Instagram, TikTok or other social media, Flip4’s camera quality can still be relied on. But most importantly, the foldable design of the Flip4 will trigger the creativity of its users to create content from angles that are difficult to realize with conventional design phones. It’s just that, make sure you bring a powerbank if you want to linger creating photo and video content.

Despite offering fast performance, Flip4 is not optimized for gaming. The aspect ratio that is too wide can be liked or hated by users when playing games, but at least almost all games will be played smoothly on this phone.

Capturing vacation moments with Flip4 is fun. In addition to its compact size so it doesn’t fill your pocket or bag, Flip4 also has a camera with stunning photos and videos. For those who want to take it for a walk, make sure you bring a power bank so you don’t run out of battery in the middle of the trip. If you don’t want to bring a power bank , make sure you only activate essential applications during the trip and don’t use it to play games while on the road so you don’t run out of battery easily.

For professional workers or business people who want to be different, Flip4 can be an option. Compact size and fast performance can be a good asset for business users. Of course, if the battery life is still acceptable.