Since last year, Vivo has started to present 5G smartphone options in its middle class through the Vivo V Series. Since then, the 4G variant, which is more affordable, has been given the suffix “e” in the product name. Including the vivo V25e which still doesn’t support 5G networks, but can provide quite interesting specifications.

Both only support 4G networks, Vivo can still provide performance improvements through chipsets that are also more power efficient, screens are more responsive, and RAM features are twice as large. The design is made similar to the more expensive variants, from the angled curves to the color changing technology. And comes at a slightly more affordable price.

Unfortunately, with all the improvements, Vivo has also simplified some parts of the Vivo V25e specifications. Well, the name is a mid-range smartphone, of course you can’t expect everything to be perfect. Overall, it can still compete with other IDR 4 million smartphones, even with the best main camera sensor. Here’s the review.

If previously the 5G series and the “e” series looked different, this time consumers who buy more affordable Vivo smartphones can get more benefits. The reason is, the vivo V25e is designed to carry the exact same design as its brother – the only difference is the color options, but also both can change colors.

You could say, the vivo smartphone is the pioneer that brings the Color Changing Design feature on its back cover, and the Vivo V25e with Sunrise Gold color is no exception. In general lighting conditions, the color looks like a muted gold that tends to be a bright yellow. But if exposed to sunlight or UV light, it can turn a bright orange color.

For dimensions, the Vivo V25e has a thickness of 7.8mm, weighs 183 grams, and a flat frame that is still comfortable in the hand. The profile is a little smaller, but a little heavier, because the battery capacity is now enlarged. Plus, it now carries IP54 certification which provides a sense of security when accidentally splashed with water.

Oh yes, the surface of the rear body is also designed to be scratch-resistant and free from fingerprints, so it’s safe even without a case. As usual, the completeness of the vivo V25e is included with a soft case and anti-scratch coating installed from the manufacturer.

Although the front display still looks exactly the same as the old one, at least the 6.44-inch AMOLED panel embedded in the vivo V25e brings an improvement. No longer limited to 60Hz, now users can enjoy a smoother scrolling effect, through support for a 90Hz refresh rate. It is adaptive, aka it will drop to 60Hz when displaying static content.

The thickness of the bezel is standard in its class, and it still uses the waterdrop notch—it has a slightly old impression, but the size is not too big. There are also competitors in the same price class who use a similar design to embed the front camera, so it’s still normal, at least the panels are vivid and can light up brightly when needed, such as outdoor use.

If there are competitors who are still on the side-fingerprint sensor, the Vivo V25e has integrated the sensor directly behind the front screen. I personally prefer this position, because it is easier to access when the device is placed on a table. The response is accurate and fast, typical of other Vivo released smartphones.

For this section, there are improvements and there are also decreases when compared to the previous version . In terms of numbers, the Vivo V25e camera sensor is still the same, namely three on the back and one on the front. Unfortunately, the ultra-wide sensor is now absent and replaced with a depth sensor, making viewing angle options even more limited.

In addition, the Vivo V25e front camera also drops in resolution from 50MP to 32MP, plus the loss of the autofocus feature. In terms of quality, I don’t feel there is a significant decrease, aka it’s still okay for selfies. Just no longer able to focus close to show details of faces or objects to the front camera.

The good news is that the main sensor of the Vivo V25e camera has increased which I think should be appreciated. Both are 64MP, now the sensor is supported with OIS, which can make it easier to take photos at night. The quality of low-light photos can be better than more expensive competitors, resulting in less noise and richer colors. 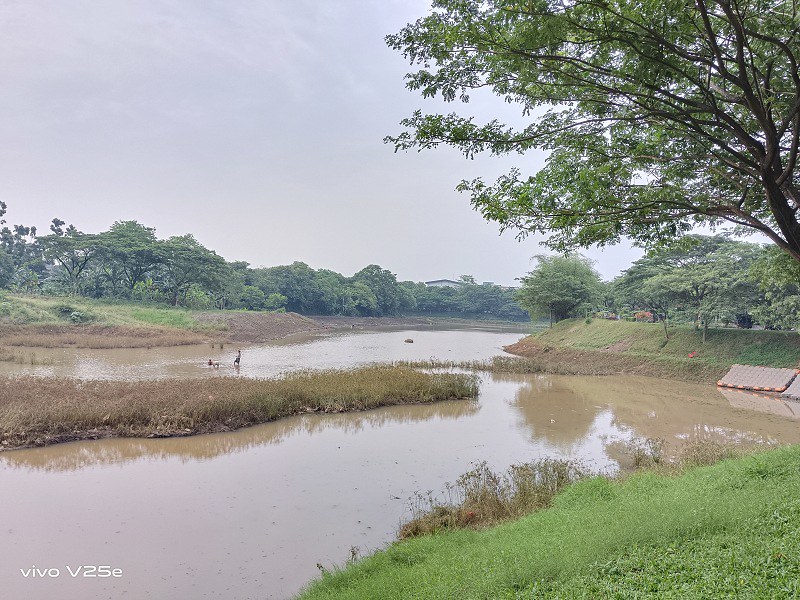 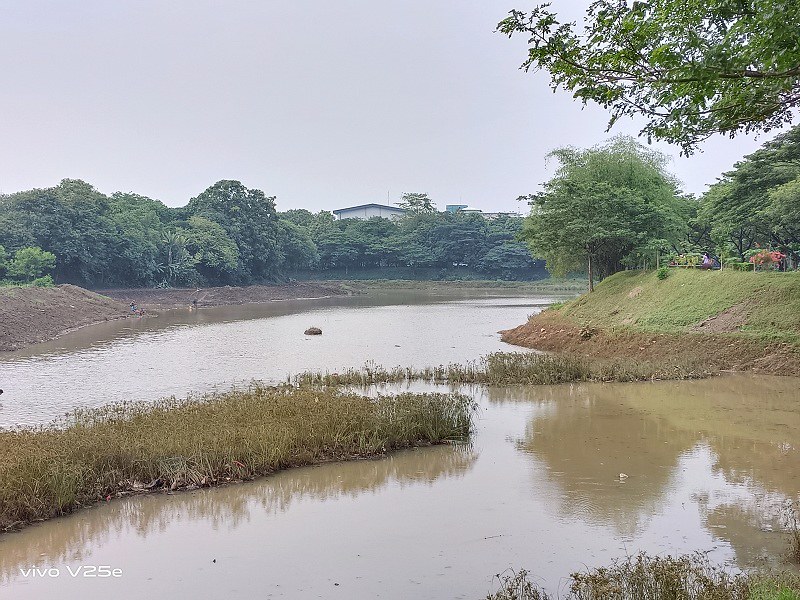 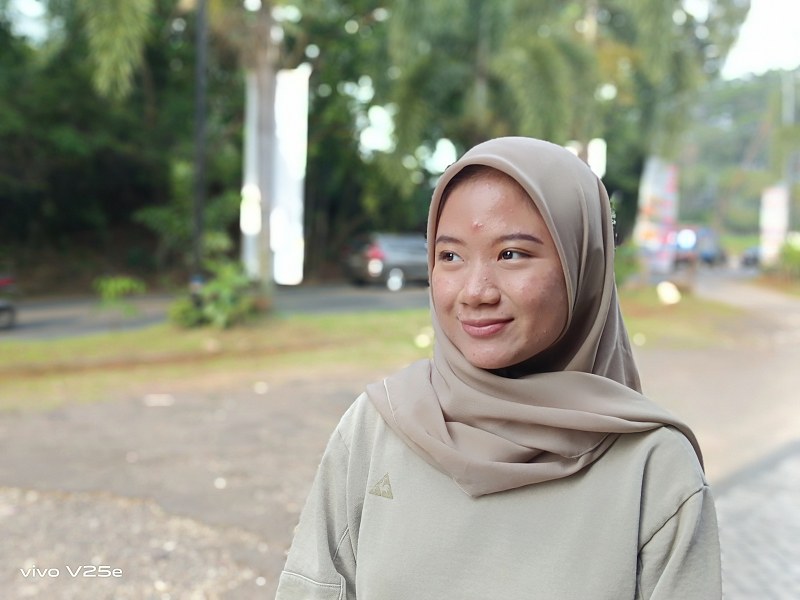 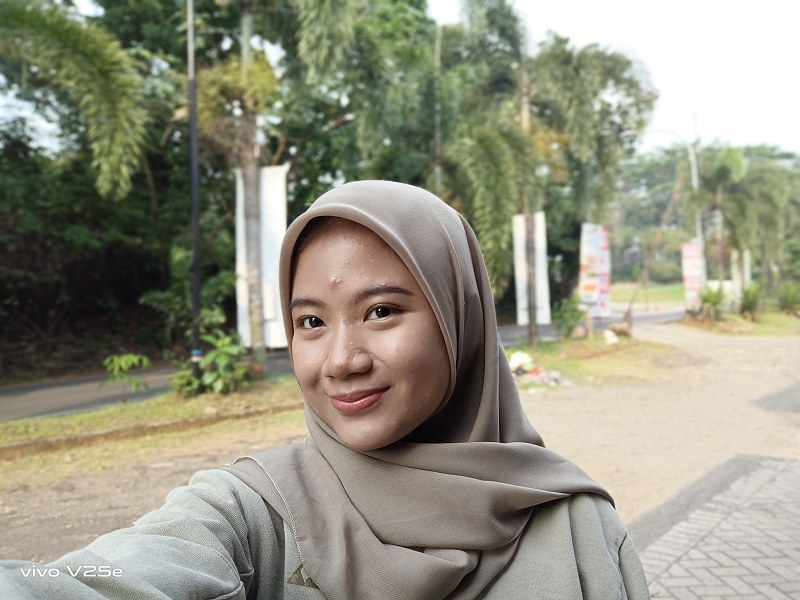 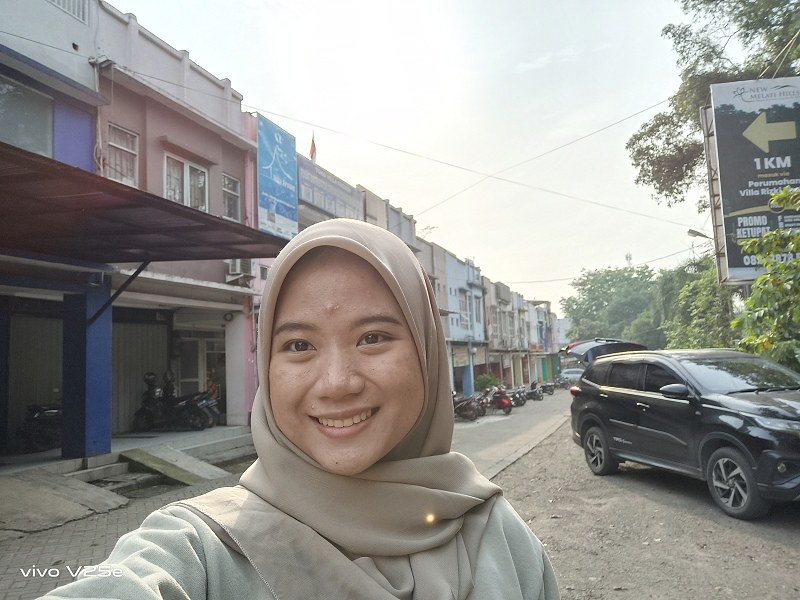 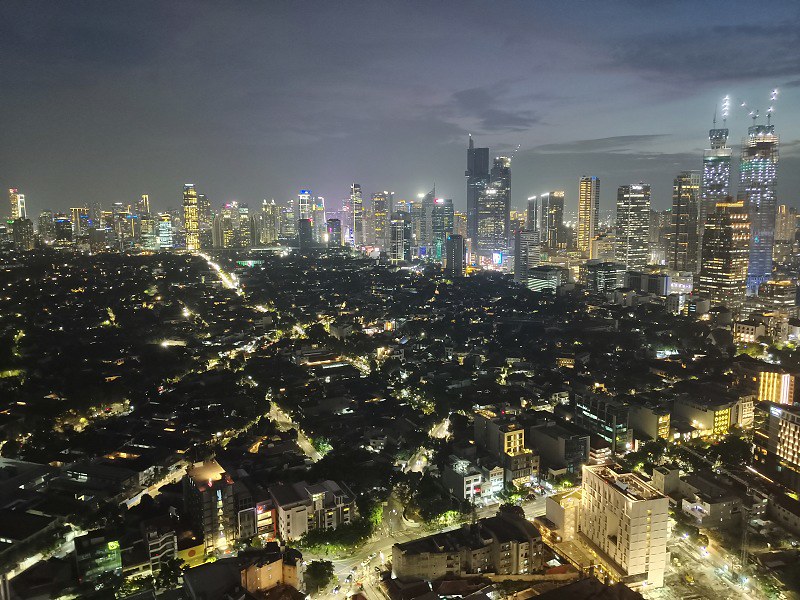 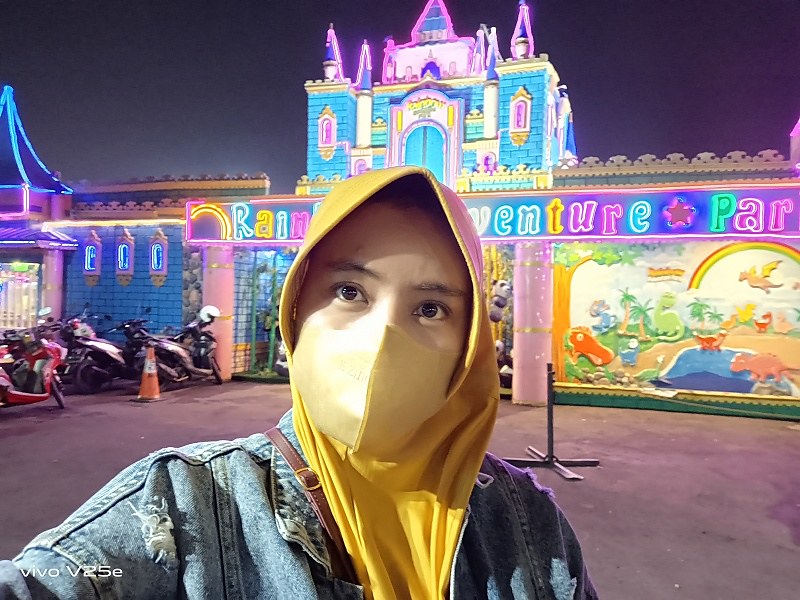 Unfortunately for video recording, the maximum resolution that can be produced from the Vivo V25e camera is still limited to 1080p, aka not 4K. The presence of OIS can help to reduce the vibration of video recordings—an effect that generally occurs when recording videos in low light conditions. Other modes such as Vlog Mode which makes it easy to produce aesthetic videos, until Dual View Video is also still available, can be used for slightly different content results.

The vivo V25e brings the FuntouchOS interface which is already based on Android 12. I myself am a little bored with the appearance, and hope that vivo can provide massive changes like OriginOS for vivo smartphones in their home country—at least for customization. appearance.

It’s not bad either. There is a live wallpaper option, not too much bloatware, extra features are neatly stored so it doesn’t look too much. Jovi Home is still too dominant—the leftmost page on the home screen can be changed to Google, but to access Settings from the notification bar, you still have to swipe down twice.

For the audio sector, there are two shortcomings that are quite pronounced. First, the speakers are still not stereo. Second, there is no 3.5mm audio jack, which is generally still present for smartphones in its class. The vibration of the motor is also not comfortable to activate when typing, but for this one, I think it’s still reasonable.

You could say similar to Xiaomi, the vivo V25e has a built-in photo editor that is already quite okay. In addition to adjusting the brightness, cropping and other standard features, there is also an option to delete objects in the photo. At least you don’t need to buy additional apps like Retouch, although the success rate is still a bit lacking.

Many smartphones have started using the latest 4G chipset from MediaTek, and the vivo V25e is one of them. Carrying the 6nm octa-core Helio G99 series, this chip will be much more power efficient than the G96 series in the previous generation. Meanwhile, in terms of performance, it has increased clock-speed for the two fast cores.

Through the promo material, Vivo greatly favors the Extended RAM feature which can indeed increase the working memory of this one up to two times. Yes, in addition to the built-in 8GB RAM, it can still be expanded up to 16GB, which will take up the internal storage. This feature will certainly help to lighten the performance of the chipset, when users are accessing many applications at the same time.

And in terms of daily performance, the vivo V25e is sufficient to be able to run messaging applications, social media to viewing platforms and edit short videos smoothly. The body temperature is maintained even though it is accessing many applications including the camera. Meanwhile, when used to play games, it only feels a little warm in the back area, precisely around the main camera module.

In fact, Vivo did not mention the use of a special cooling system on the Vivo V25e, so it seems that the software and hardware can work optimally. Oh yes, a little note, the Vivo V25e card slot is a hybrid type. So make sure there is enough internal storage when you want to activate the Extended RAM feature.

Compared to the previous generation, the vivo V25e now has a larger battery capacity, without making the dimensions of the device much larger. With a 4,500 mAh battery, this smartphone is certainly very sufficient for a full day of use, coupled with a chipset that already uses 6nm fabrication. Generally reaches 4 hours of screen-on time when actively outside all day.

The charging speed is also still the same, which supports 44W Flash Charge. Charging from the 5% to 50% range takes less than 30 minutes. Meanwhile, to reach 100% it took a little more than 60 minutes. Which is a bit unfortunate, if you don’t use the default charger, the speed decreases very significantly.

With prices starting at USD $250, unfortunately, users can’t expect to get a truly comprehensive upgrade to be present on the Vivo V25e. This smartphone has a main camera that is, arguably, one of the best in its class. Appears in a stylish yet premium design, brings competitive performance, plus a long battery life and 44W fast charging.

Unfortunately there are some features that were omitted from the previous version, such as an ultra wide-angle sensor and autofocus on the front camera sensor. If only these two features were still present, coupled with a selling price that is now more affordable, it would be easier to recommend the vivo V25e as one of the best 4G smartphones today.