Once existed, lost, then now Back again. Yes, have you ever heard that ZTE has introduced cell phones? It’s been quite a while, though, and now I’m trying to come back with a more relevant Android smartphone. ZTE Blade V40 Vita is here to be one of the most expensive options at the moment.

At the beginning of their return period, ZTE is still trying to present entry-to-middle class smartphones first – maybe still checking the waves, yes, before later bringing in flagship lines like the Axon series. The specifications and price of the ZTE Blade V40 Vita can be considered competitive, not far from its competitors.

The question is, with adequate specifications for a smartphone of Rp. 2 million, is ZTE’s newest smartphone worth choosing when other mainstream vendors can also offer the same? For this reason, here is a complete review of the ZTE Blade V40 Vita, in order to help you make a choice.

In a way, the design appearance of the ZTE Blade V40 Vita looks quite attractive. And also quite large, because the dimensions of the screen are indeed large. Its thickness reaches 9.4mm, with a weight of 214 grams. Some people might find this a drawback, or even an advantage because it feels solid in the hand.

The rear body is designed to be textured, so it is not slippery and does not leave fingerprints. Meanwhile, if it is tilted, the light can change as if it is emanating from the camera module. At the bottom of the body, there is a large printed ZTE Blade logo, the same color as the rest of the body, aka not so flashy. According to you, is it okay to have a design like this?

The left and right corners of the body are slightly curved, so it still feels comfortable in the hand. Meanwhile, the rear camera module doesn’t stick out too much, so it doesn’t bother you when you put it on the table. For extra protection, there is a soft case included in the sales package.

Looking for a big screen Android smartphone? ZTE Blade V40 Vita could be one of the best options in its class. 6.75 inches, with bezels that match the average smartphone in its class. Already have a refresh rate of up to 90Hz too! And is adaptive even though only between 60-90Hz.

The only slight drawback is the screen resolution, which only reaches HD+. As long as it’s not too annoying, because the screen size is large, it automatically looks at the smartphone a little further. With an IPS panel, the color saturation and viewing angles of the screen are also of high quality.

The notch at the top is still of the waterdrop type, aka not a punch-hole yet. But it’s relatively small in size, so it doesn’t block the content displayed on the screen. Overall, the ZTE Blade V40 Vita screen feels just right for consuming multimedia content, chatting via daily messaging applications and multitasking.

Because it is classified as a new brand (aka just returned), to be honest, I have low expectations for the camera capabilities of the ZTE Blade V40 Vita. In terms of specifications, it should be quite okay. Where the main sensor has a high resolution of 48MP with an aperture of f/1.8 and PDAF for fast focus taking.

The other two sensors are only supporting, 2MP each for macro and depth, aka without an ultra-wide sensor. The interface itself is quite simple and effective, all the necessary shortcuts are within easy reach. Like Google Lens, portrait mode, up to professional mode with a maximum shutter of 6 seconds.

Other modes such as high resolution image capture, QR code scanning and night mode can be accessed on the “more” menu. So what about the catch? Unlike most smartphones, the photos from the ZTE Blade V40 Vita camera tend to display neutral colors, you could even consider them a little paler. For white balance, the color tone tends to be bluish—except when it’s been exposed to indoor lighting, it’s more often a little warm.

Choose neutral or long colors that may be a matter of taste. Overall, quite able to compete with its competitors. Except for the dynamic range section, the ZTE Blade V40 Vita can still show over-exposure photos because it is not optimal. The night mode can help, but doesn’t make photos much brighter. It’s still okay, at least you can still ‘tell stories’ if the scenario is indeed night.

You can access complete photos from the ZTE Blade V40 Vita camera in the following Google Photos album. 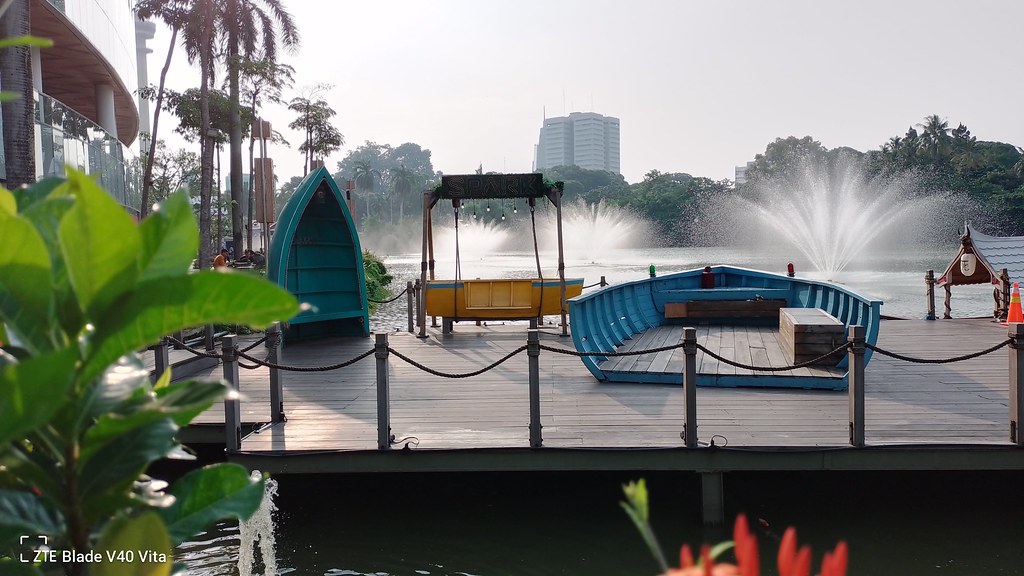 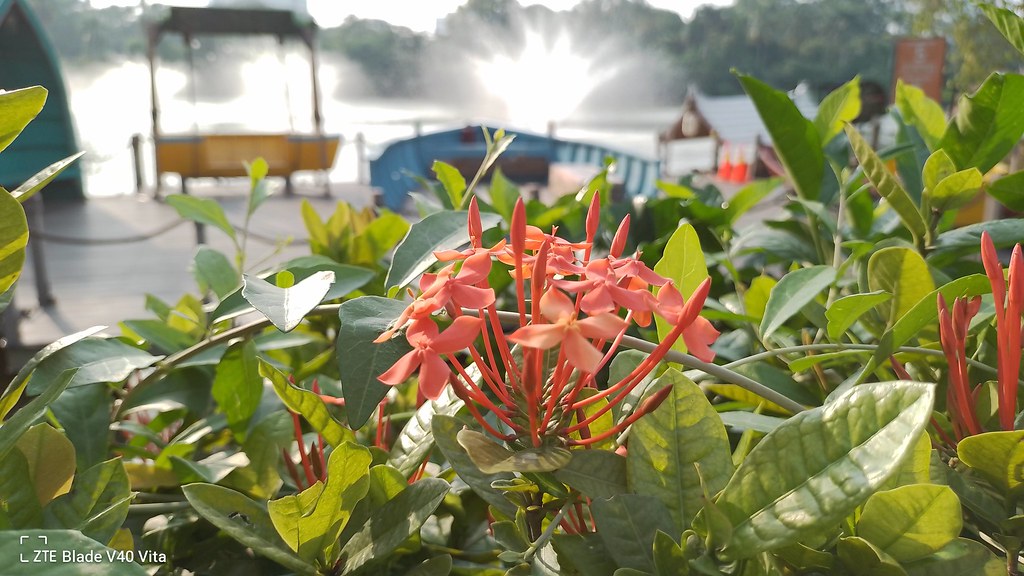 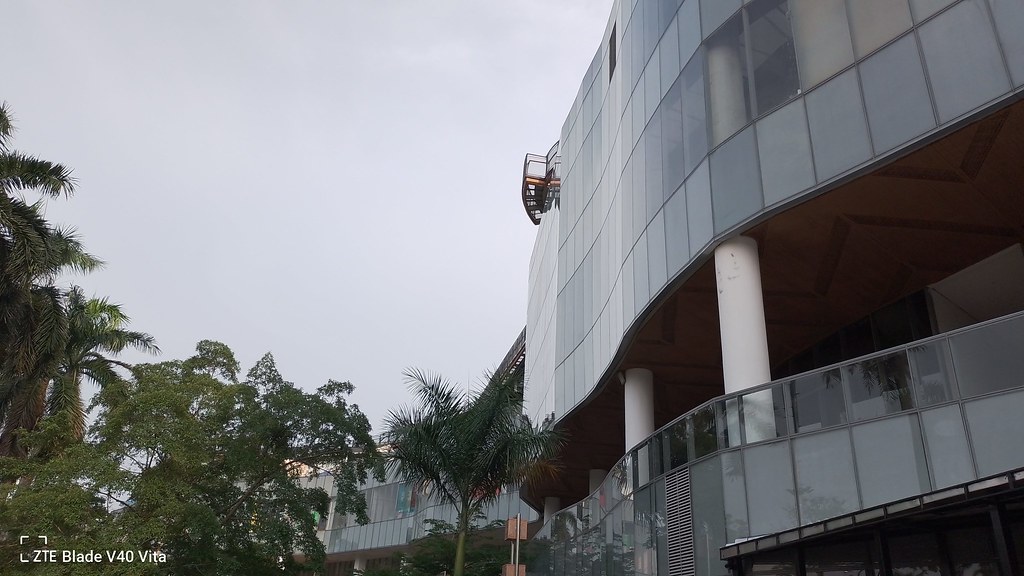 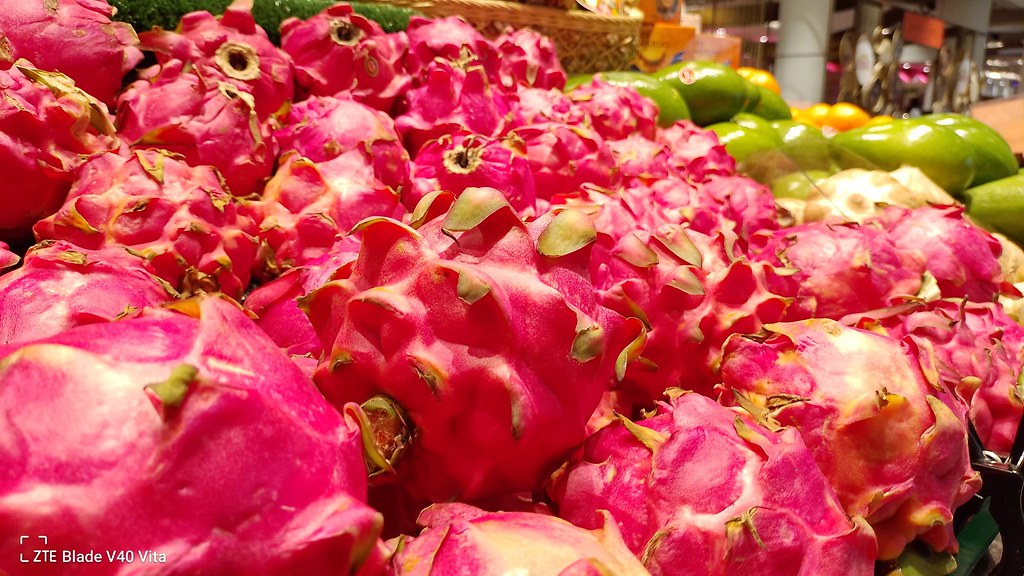 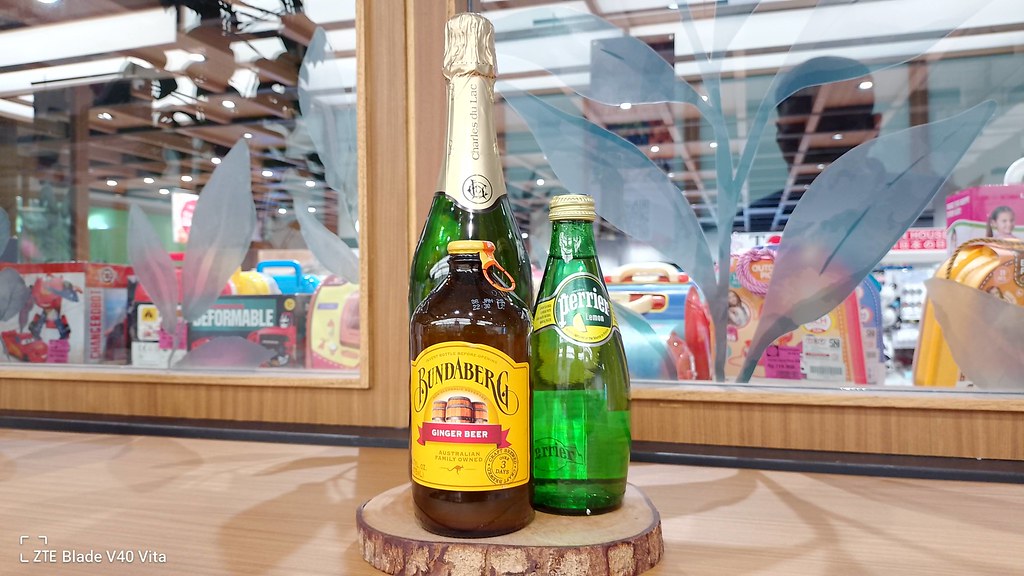 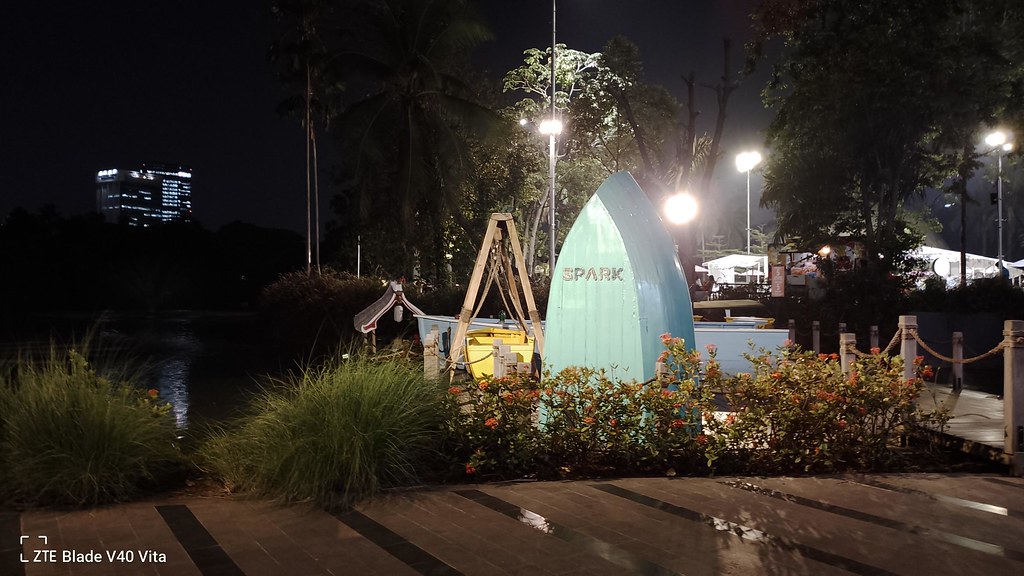 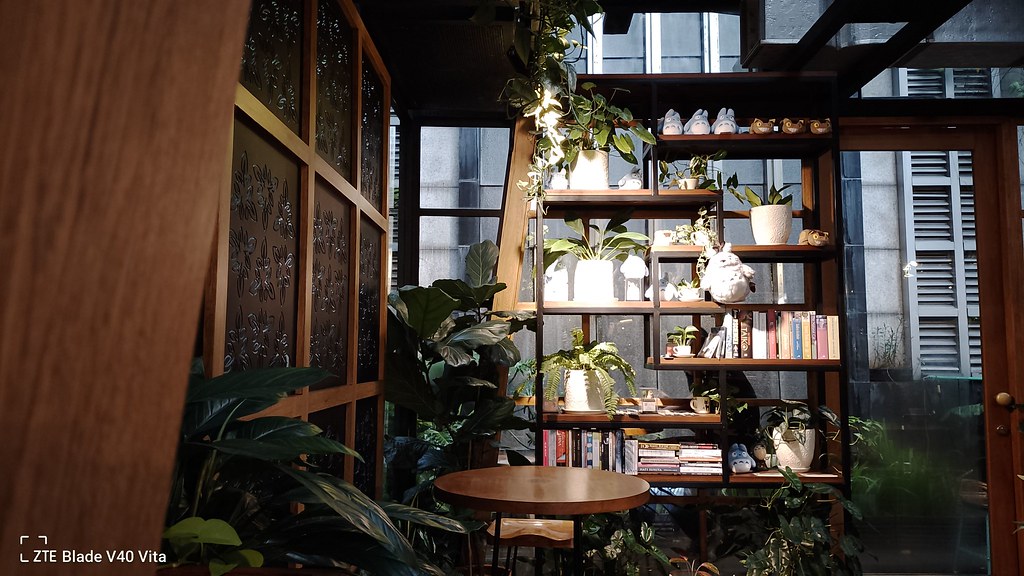 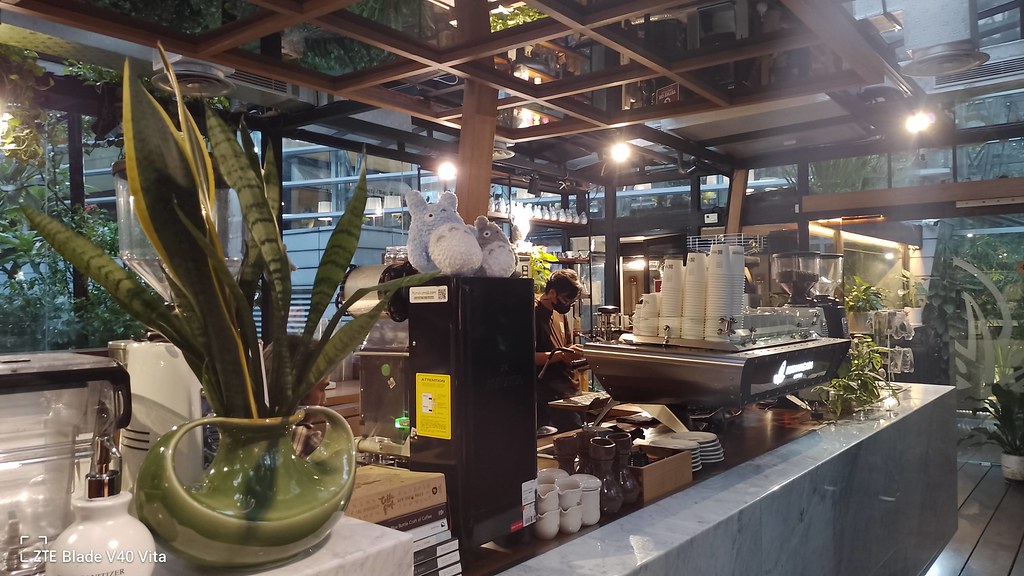 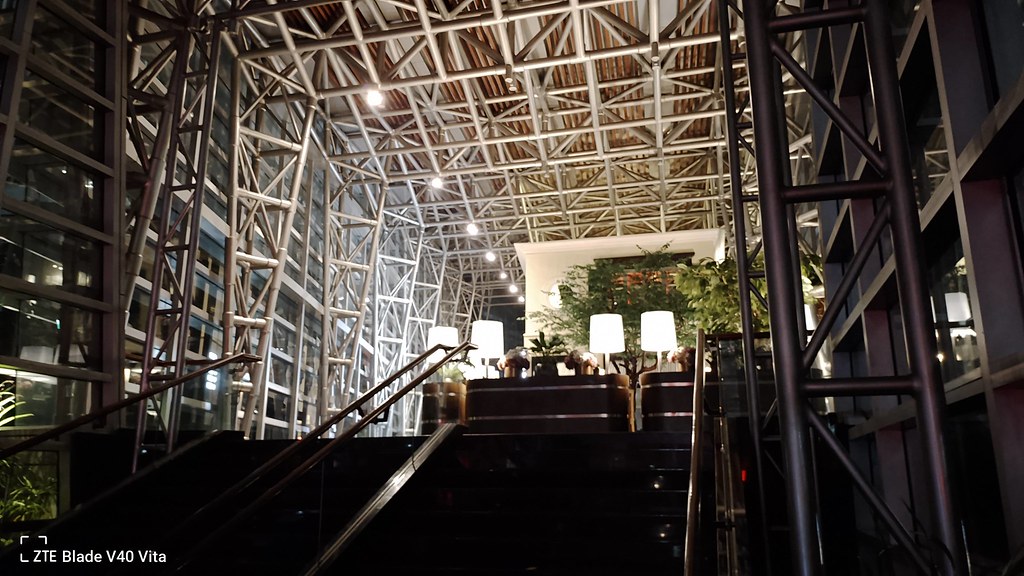 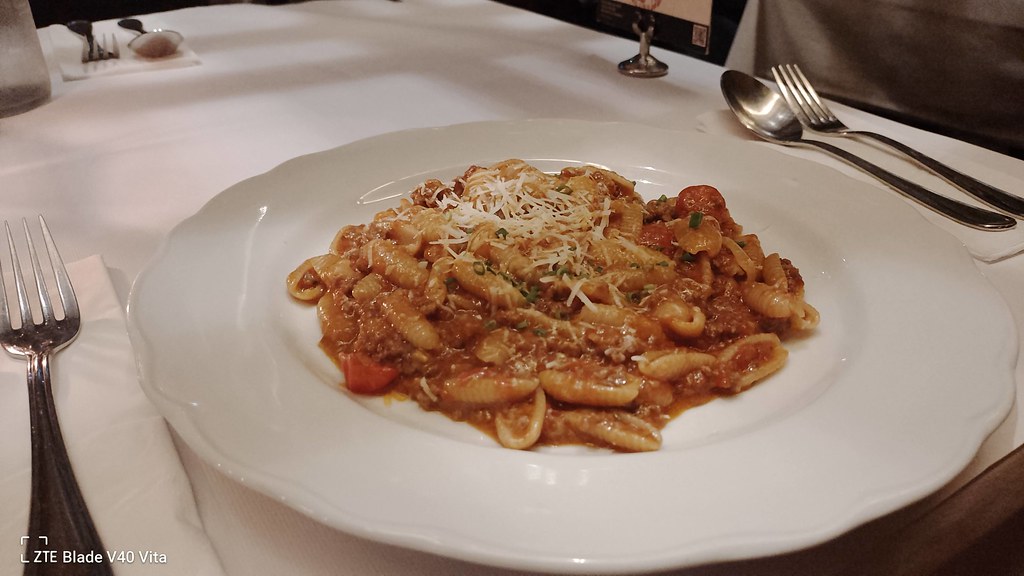 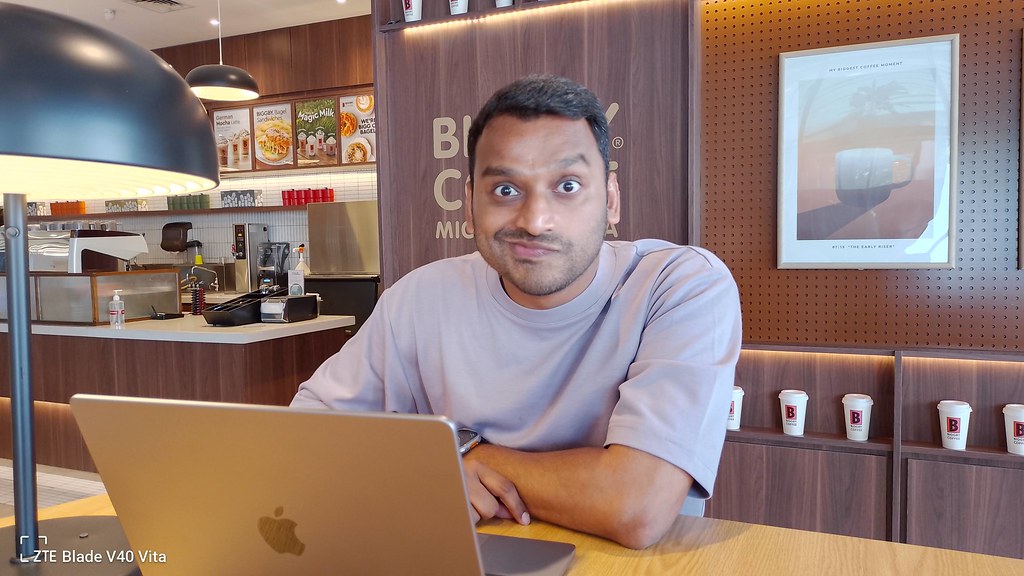 For the video recording itself, it is quite standard. The maximum resolution for video recording on the ZTE Blade V40 Vita camera reaches 1080p at 30fps. And of course, like many smartphones in its class, it is not equipped with stabilization like EIS.

For the software sector, you could say a little less competitive than its competitors. Having a custom interface, the ZTE Blad V40 Vita still runs Android 11. In fact, it was released . So it seems there is no need to hope to update the Android version in the near future.

On the positive side, the additional features are quite complete, not so much bloatware, and the interface is quite clean. For the audio sector, the mono speakers below are quite okay, although not the loudest. Especially for a smartphone with dimensions as big as the ZTE Blade V40 Vita.

Of course, the audio jack can still be found on the underside of the ZTE Blade V40 Vita body. As for security features, the fingerprint sensor is on the right side, together with the power button. The size is just right and quite responsive, it works well when your fingers are sweaty.

While using the ZTE Blade V40 Vita for several weeks, its performance felt quite smooth. This is thanks to the use of the Unisoc Tiger series chipset, more precisely the T606 which has an octa-core CPU architecture with two Cortex-A75 cores as the highest core. Plus 4GB of RAM and 128GB of internal storage.

If the RAM capacity feels tight enough, there is a feature to increase the size to 6GB, taking up the internal storage capacity of course. Meanwhile, if storage is lacking, there is a dedicated microSD card slot, aka not using the secondary SIM card slot.

Maybe it’s because the screen resolution is only HD+, so even though the maximum refresh rate is 90Hz, it doesn’t really burden the chipset’s performance. Even for multitasking or playing games that are quite heavy, it’s still okay, as long as you don’t expect to use high graphics settings.

With a 12nm chipset and a screen that is ‘only’ HD+, using the ZTE Blade V40 Vita all day is still very safe, even for up to 1.5 days. The ‘benefit’ of having a smaller battery, generally in addition to lighter weight, is of course faster charging. Plus the charging speed is faster than the average competitor.

Yes, the ZTE Blade V40 Vita supports 22.5W fast charging, coupled with an adapter that also brings the maximum speed in the sales package, so you don’t need to buy additional accessories anymore. The physical dimensions are also tiny, and with the charger, fully charging it takes a little more than 90 minutes.

The charging speed is more than 18W, the screen size is large, the chipset is quite competitive in its class, and the camera can be relied upon. In fact, the ZTE Blade V40 Vita has interesting main specifications, and could really be the best choice for you.

But with that, it also comes with some drawbacks such as a slightly lagging operating system. Whether that’s a problem or not depends on what your are looking for. Again, adjust to your needs.